Less More
15 May 2022 16:22 - 15 May 2022 16:24 #235958 by Quick foot
Crystal 5/15 Sun No Lines was created by Quick foot
The Good - it was a rainy day so there were no lift lines and the snow was nice.
The Bad - it was a rainy day so I was head to toe Gore-Tex. Things were getting a little dank after 3 1/2 hours
The In-between - visibility was bad enough at times that I had to slow down and it was good at times when I could just let them run. I skied a lot of tree edges. The lower part of Sunnyside that you can traverse to from Lucky Shot had some good snow tree skiing. Skiers right, Lucky Shot, was skied up enough off the groomer to be fun. I did Iceberg one time when visibility allowed, and it wasn't bad. I even skied some schmoo here and there and though it was work it was skiable.  The last steep places on REX, Mel's Right and Gandys Run, had some nice skiable bumps. West face was groomed but on a diagonal so if you wanted to ski the fall line you had to start out skiers left and then head down.  Snorting Elk was one and done in  bad viisability.

There is still really good coverage on the upper mountain. Some of the sunny side areas have melted out spots but you can easily avoid them. There's enough snow so that you can ski all the way to the base, although it's getting sketchy the last 300 feet.
I had a goood time 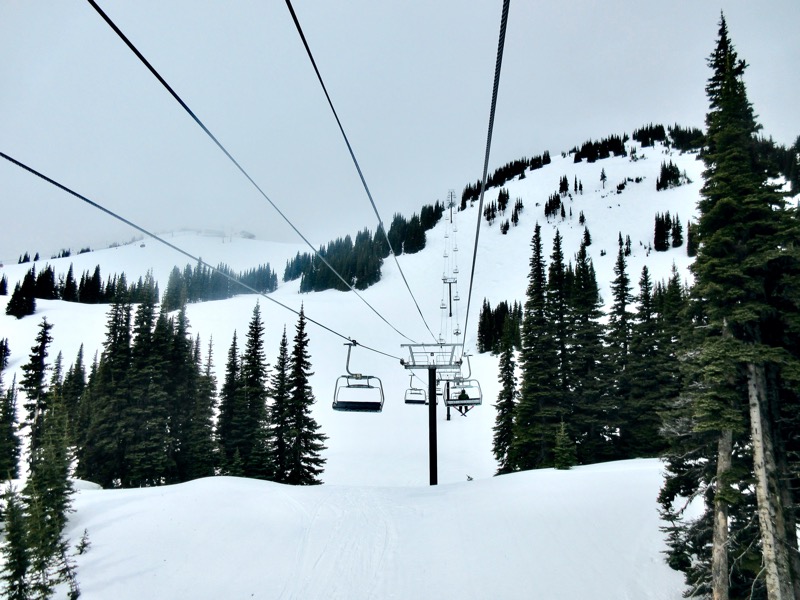 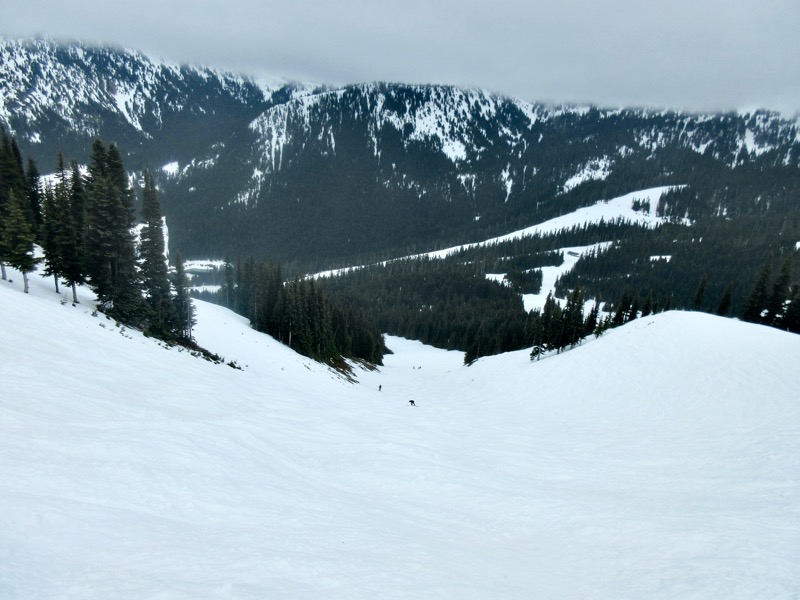