Despite a promising forecast and a surprisingly successful drive up the Alpental road in our little Civic, lingering snowfall and thick clouds were the name of the game on Sunday morning. Our group of three ascended the Snow Lake divide with hopes of clearing weather to enable a Chair Peak circumnav, but visibility continued to worsen on the way up. Instead, we opted for a bit of exploration around the Snow Lake basin and Wright Mountain.

Crossing Snow Lake brought whiteout conditions and substantial winds, along with some wind-affected snow on the slopes near the east side of the lake. However, as we ascended toward Gem Lake, we found sheltered slopes and stable conditions. Our final ascent up the southeast peak of Wright put us above the clouds and we were treated to a few rays of sun along the Middle Fork valley below. Behind us, we could see the source of the pea-soup conditions around Chair: a massive flow of clouds coming down over the divide, probably the result of some sort of inversion (?). Fortunately, we were out of that mess, and we were able to enjoy fun, soft turns down the northeasterly slopes of Wright. Tree spacing was perfect for a while but tightened up quickly, so we trekked back up to the ridgeline. We saw just one other group back there, and they were digging a pit near the southeast summit for practice - apparently they weren't able to find much of a buried crust.

After a quick lunch and watching the shifting clouds around Snoqualmie and Lundin peaks, we took some nice turns in stable snow back down to Snow Lake. Once again, the lake crossing was a cloud fest and the winds off the divide made us feel like we were "North of the Wall", but we made it back to the car quickly enough for a parking lot beer. Cheers to the new year! 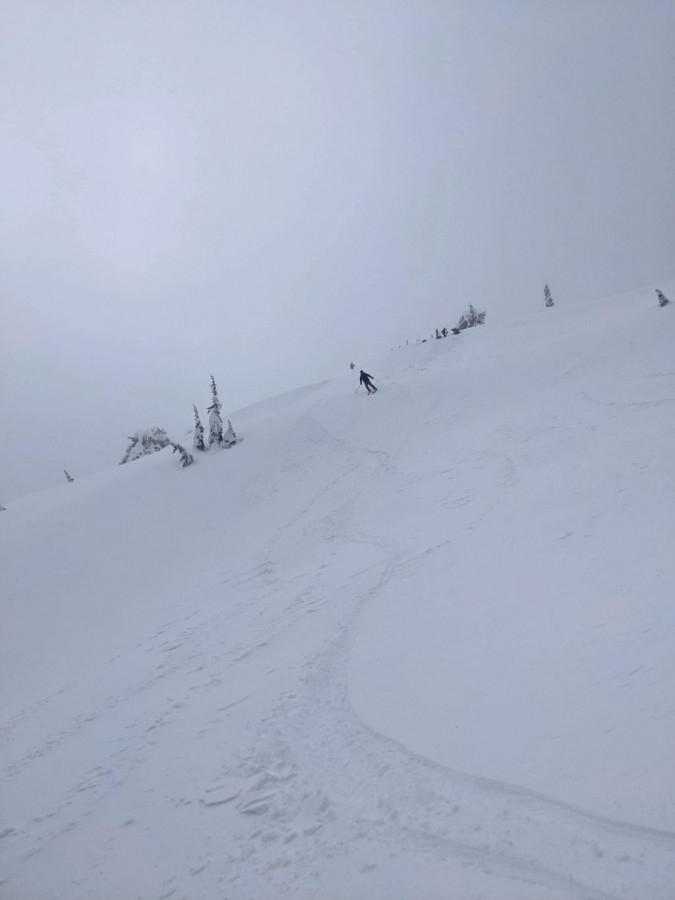 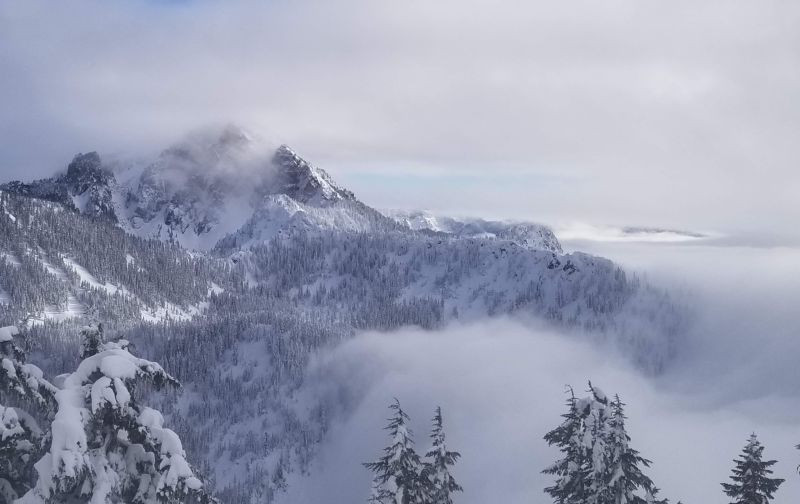 cloud flow coming over the divide 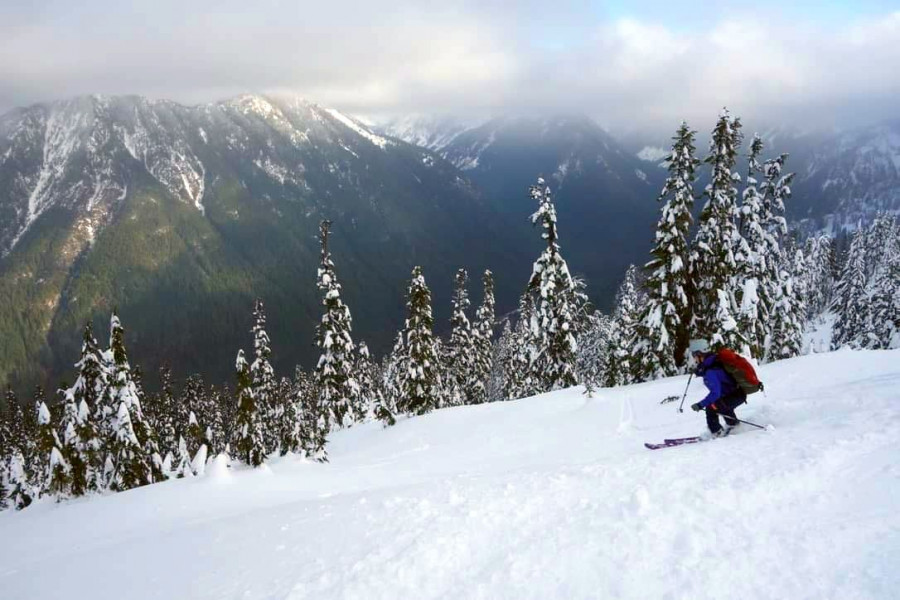 the sun did come out for a moment!

Nice, gotta check out the terrain shown in the last picture.