We had plans to ski the holy diver. We stopped about 200 meters below the entrance on the east facing slope due to wind slabs. The wind and snow transport looked like it would only be worse higher up.

We skied back to the lake and headed up to Wright mountain as plan B.

The skiing from Roosevelt down to the lake was variable with pockets of powder.  The snow on the south face of Wright was sun affected, but skied really well.  Despite the reports from commonwealth basin, the tree skiing down to snow lake was excellent.

The summit views from Wright were as beautiful as ever.  The luge track on the way out was as crowded as I’ve ever seen. 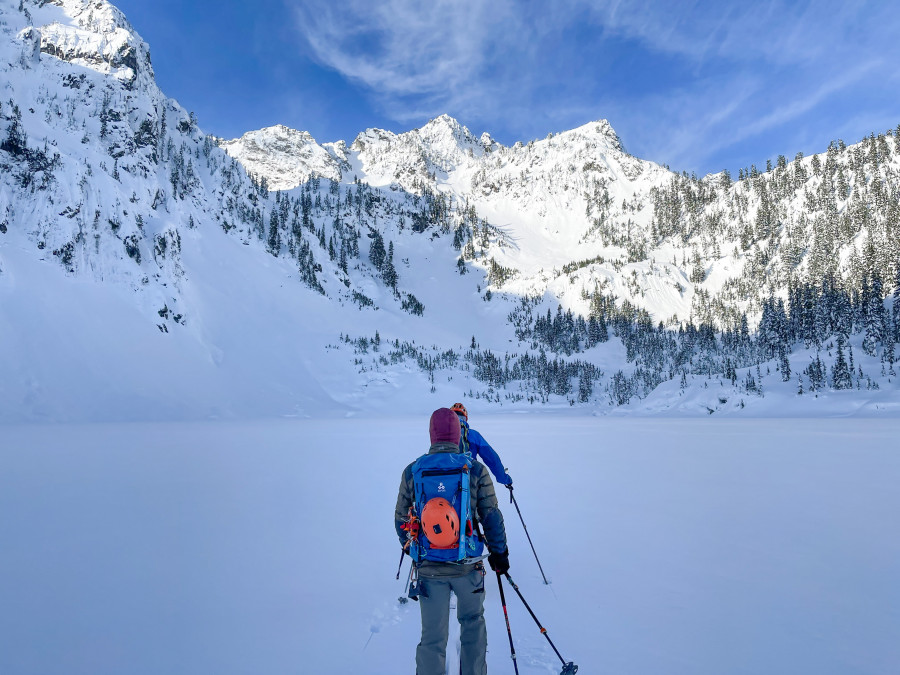 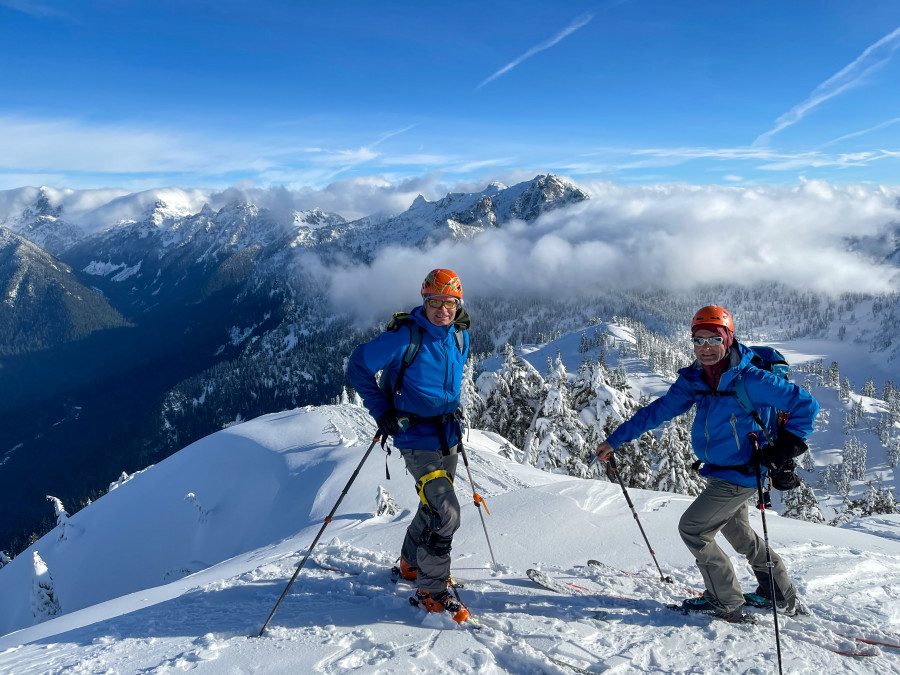 Photo #2 is really beautiful. Glad you found a way to divert to a great Plan B! :).