What a day! My friend Philip and I decided that it was now time to check Whitehorse off of our list. And so we went on Saturday, leaving the car at 8.30am thinking we'd be fine on time. Well, we did summit but we finished with headlamps... :) Let me try to share some details as best I can with apologies to others who posted "it would be unfair to succeed on the first go" and with many thanks to the trip reports saying "go right" (the Volken book says "go left").

The hike on the trail after ditching the car at 500 feet is totally fine. And then you hit the river. We walked on the right side of the river until we hit some impassable cliffs. At that point, shoes off and feet in the water. Ouch, it's cold. We crossed the river and hiked on the left side of the river until we arrived at a flat area with a big waterfall. We crossed the river again and went over the waterfall on its right side. After that, there were some big snow bridges over the river allowing faster travel. Until the second big waterfall at 1100 feet, clearly impassable. And that's where we decided to trust the trip reports talking about various ways of going up on the right. So we went right into a not-so-obvious "gulley" for 1400 feet. Sometimes it was easier to move in the middle of the gulley, sometimes on the left side of the gulley under big trees. Basically, a classic bushwacking.

We knew we had to eventually turn left to region the main gulley. But since you cannot see anything, we kept climbing until we were sure we could cross without encountering cliffs of other hazards (of course, slide alder abounds as well as devil's club - lovely). At 2400 feet, we could see the way out and we angled left, arriving at the snow.

But, but, even though we were at the snow, the first 1000 feet of skinning were tough. Lots of avalanche debris, trees, melted patches... It took time. To be clear, by then, we are far right of the main gulley you can see from the road (or on the picture in the Volken book - so completely on the other side of what the book says). Around 3400 feet, the snow became continuous and we could start skinning more efficiently in the south east direction. The conditions were good apart from a few major cracks in the snow banks and a lot of stuff falling from the cliffs on the right hand side.

The boot pack to the saddle at 5700 was fine. Steep but firm. And the last push to the summit was smooth, although we couldn't see much as the clouds were swirling around a lot. We booted the last 100 or so feet to the summit.

The clouds broke for a bit for us to enjoy the view. What a mountain!

As it was 5.30pm by then (yes, all this effort took time), we put on our skis right on the summit and retraced our skin track (as recommended). Great corn. Beautiful turns.

We picked up our approach shoes at 2500 feet and made our way down the way we went up. The goal was to do the final river crossing without headlamps and it was just so. But headlamps on the trail back to the car.

Overall, amazing day. Big effort. It would be great to ski this in powder but it truly is a massive avalanche funnel, so conditions have to be just right. So be careful.

Great to see a Whitehorse TR. The one time in 4 or 5 attempts that I was successful in skiing that beast was May 1, 2008. The key was having the aptly named Snow Gulch filled with avy debris. This allowed us to ascend a side gulley (climber's right) from the main basin to about 3200' where we could traverse over to the "whitehorse glacier". I was thinking that with the big snowpack this winter and the mega avy cycles we had earlier this year it might be worth another try, but I guess not.  I was just looking at the pics from  2008 and realized why I keep going back to see if I can get that lucky again in one lifetime. 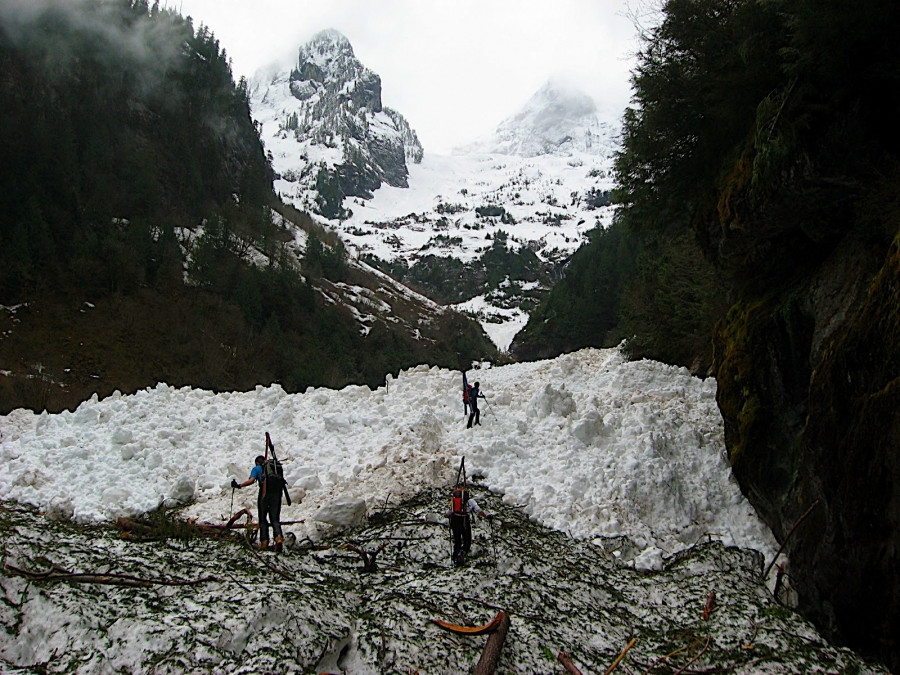 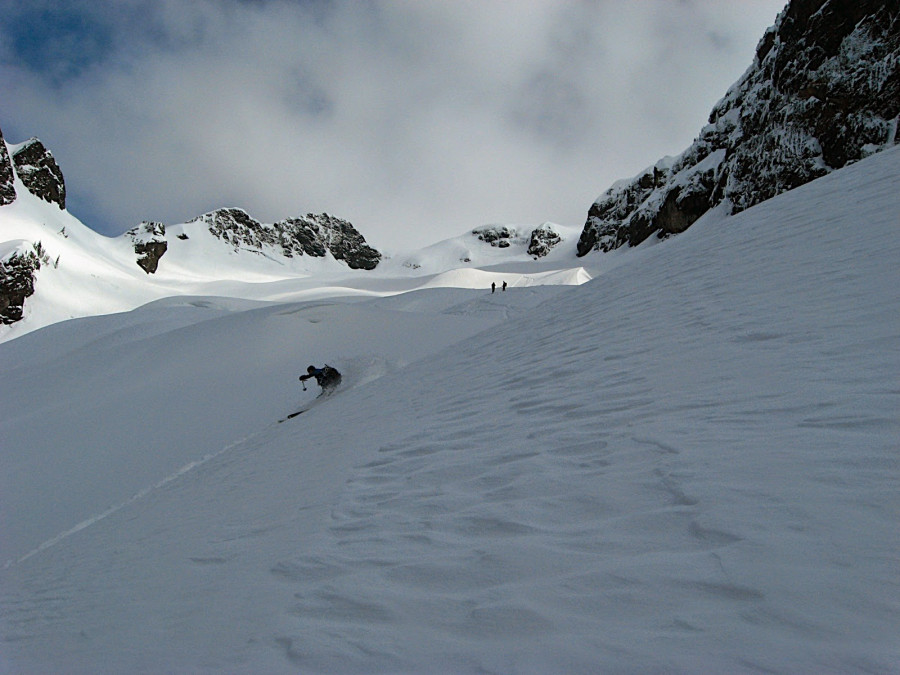 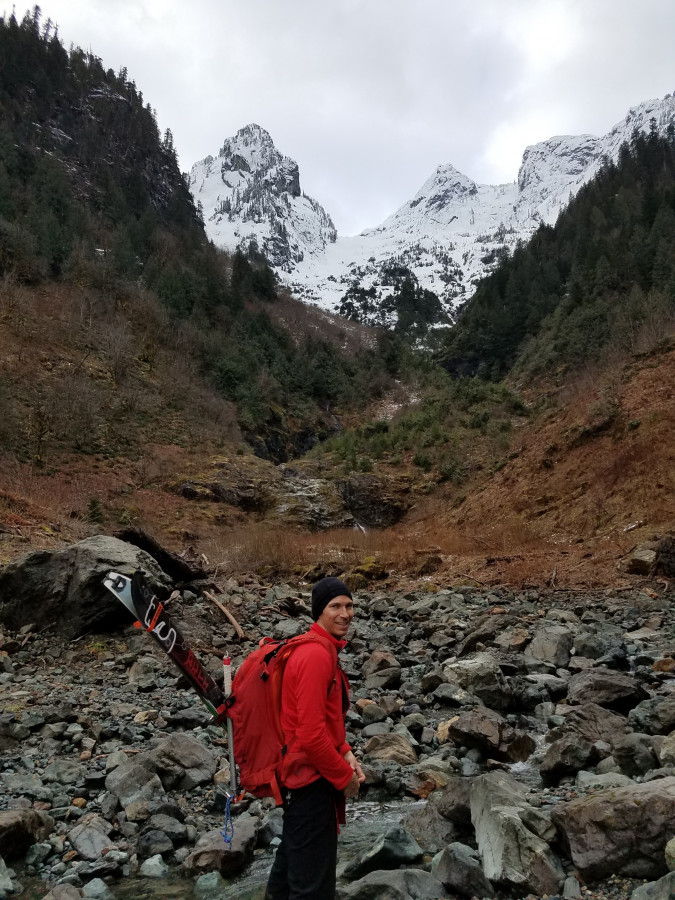 "snow gulch" last year in early April. No thanks