I made a trip up to Camp Hazard today via Comet Falls and Van Trump Glacier. I did this last year and had a good time, but it was a month earlier so I wasn't sure what to expect this time of year. The snow started around 5800' but wasn't continuous until 6100' which is where I donned the skis. It was 8am and the snow was firm, so I threw on the ski crampons as well which was good move. Skinning was okay in the beginning but became more of pain when the hard snow surface became more uneven and suncupped as I ascended. Eventually I got fed up and put away the skis at 8800' and booted it from there. It wasn't too long before I crossed paths with a day-old boot pack from some climbers, so that was nice to follow for a bit. If it did it again that early with firm snow I wouldn't bother with skinning and just boot the entire thing.

The suncups got larger and larger as I ascended to Camp Hazard, so at that point I was just out for exercise since skiing the suncups didn't look too fun. I reached Camp Hazard and the rock step around 1130a where I took a quick break before descending the climbers' scree path. At 10500' the suncups didn't look too bad so I gave the skis a try. I should have waited. Slow going and lots of leg burning getting through the suncups. It wasn't until 9000' where I could actually get some okay turns in while searching for the smoothest path down the slope. It was at 8200' where I could finally get some really good turns in all the way down to where I started. By that time, shortly after 12p, the snow was great. I made couple short carries and skied down to 5800' where I put the trail runners back on and hiked out.

It was a great day to be in the mountains! If you're going to ski, I suggest making some laps between 6100' and 8200'. If you're going for a leg workout, go to Camp Hazard. 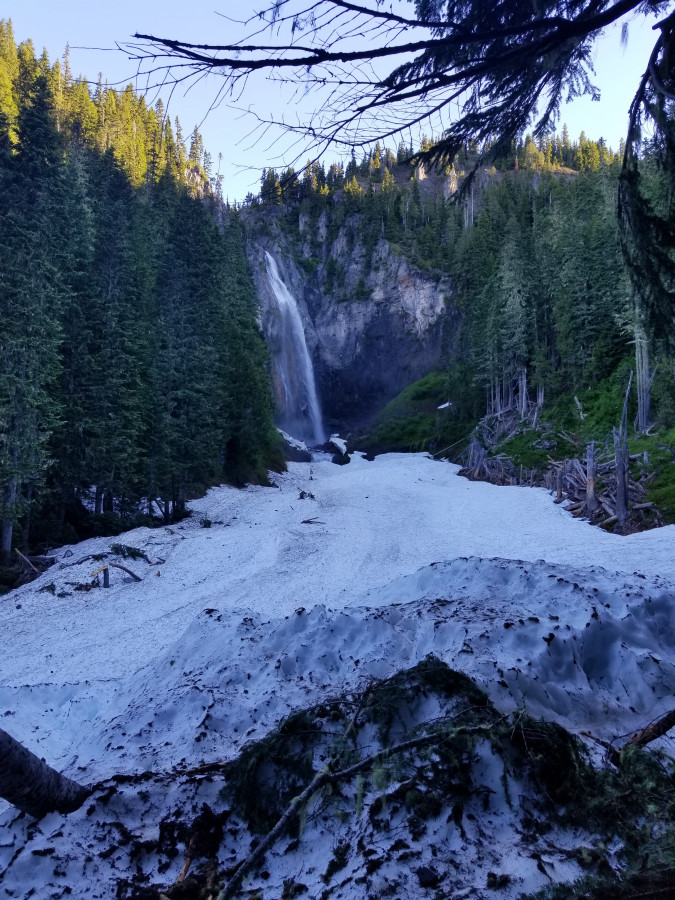 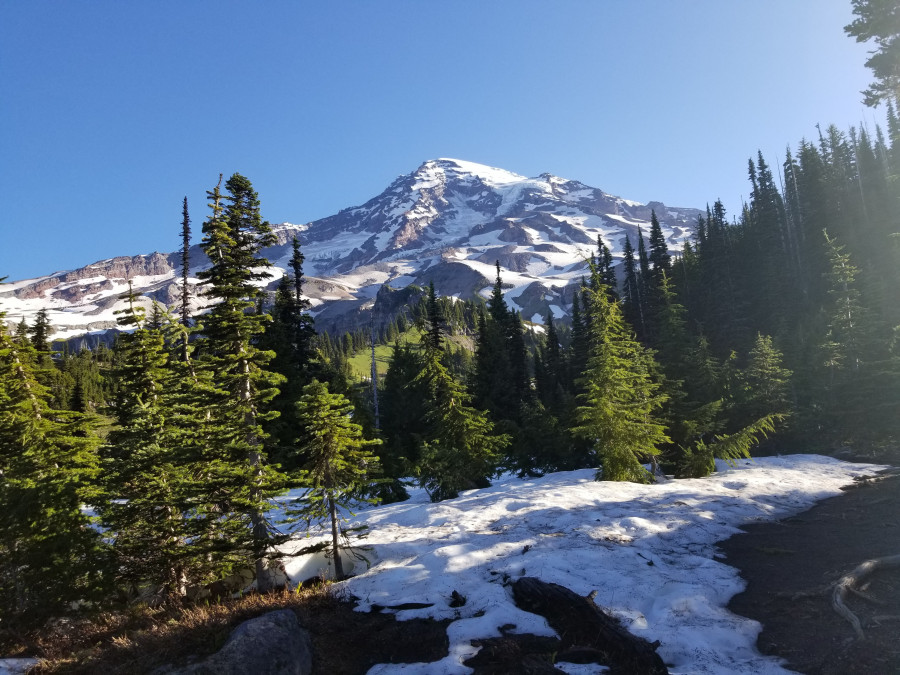 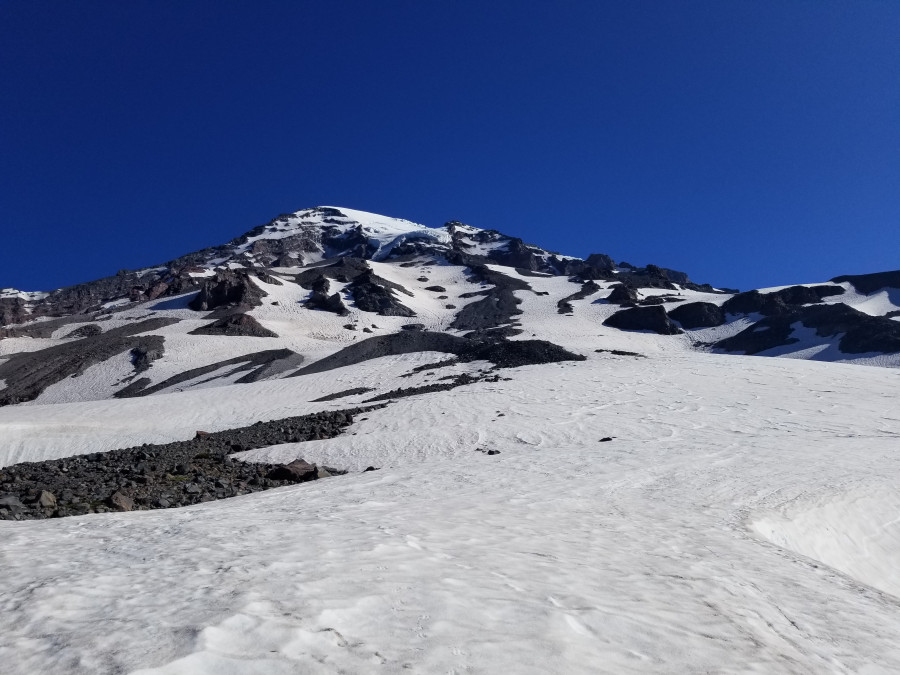 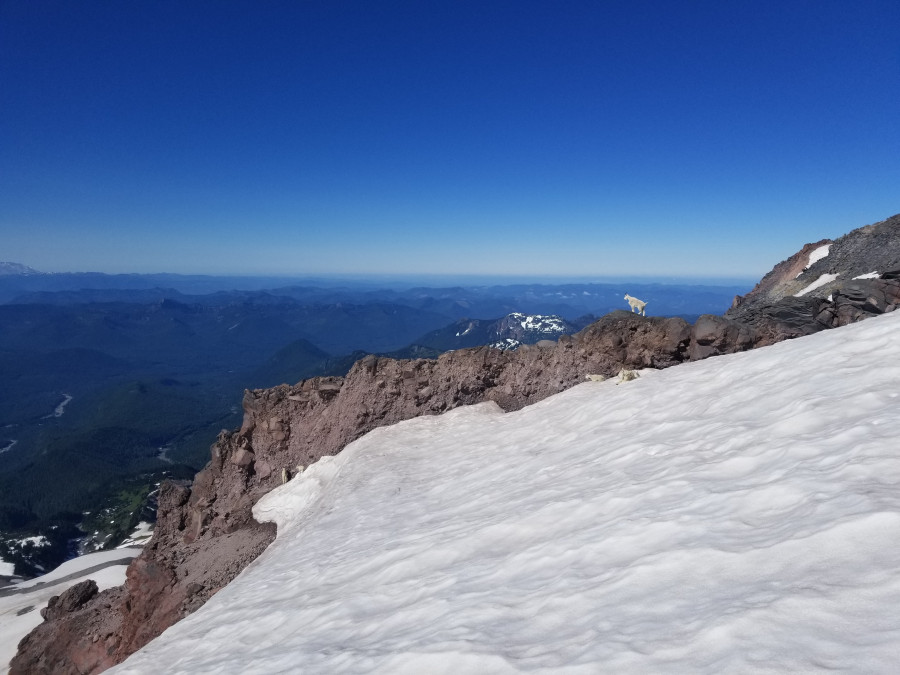 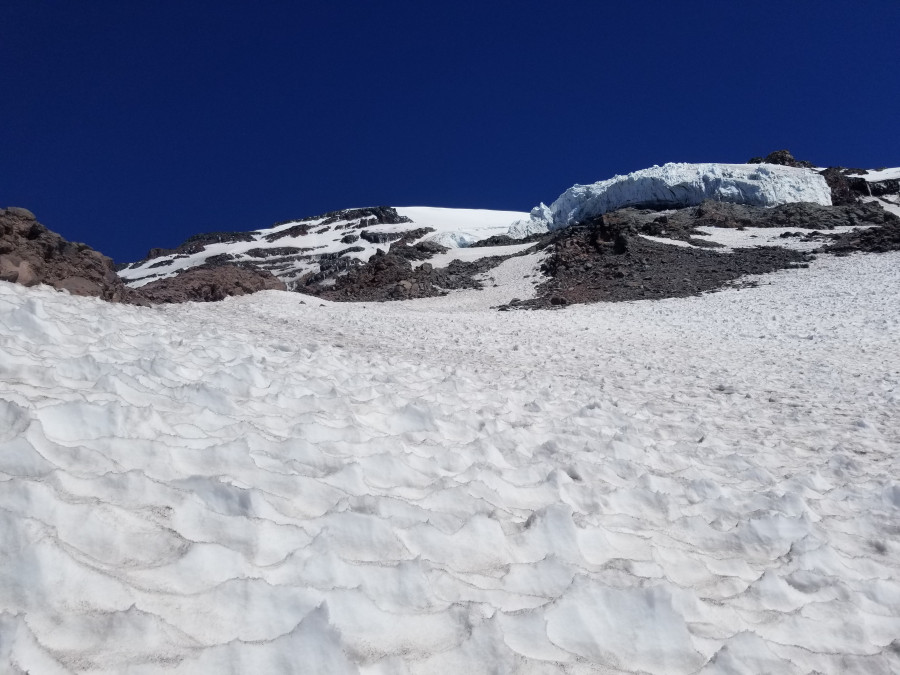 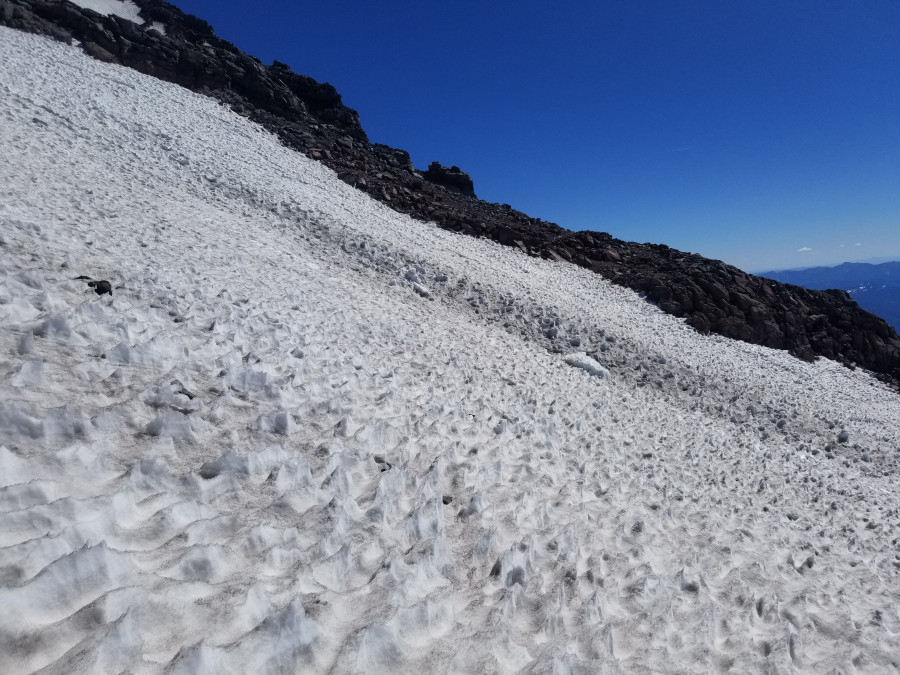 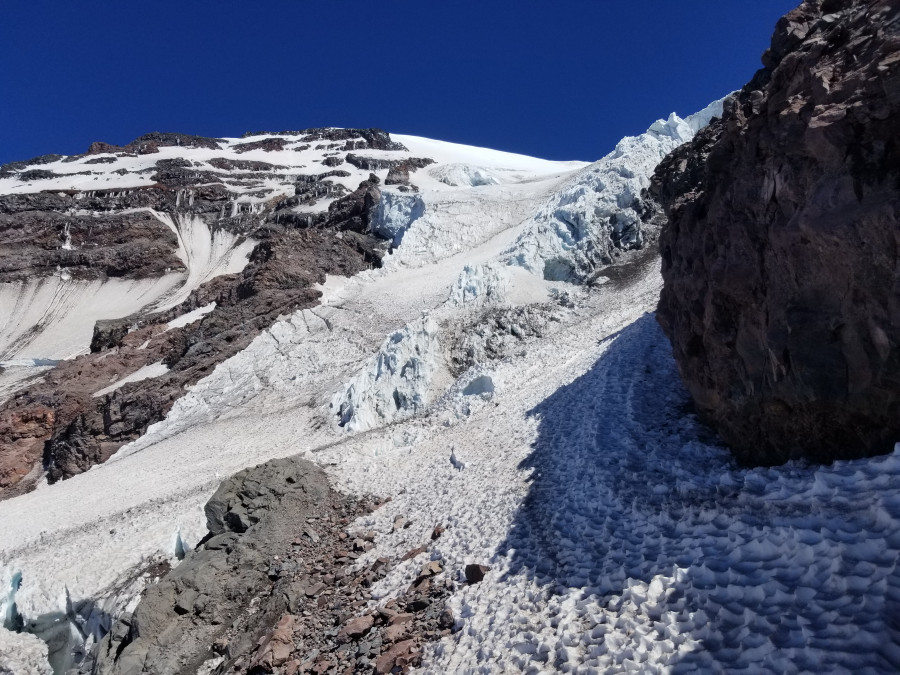 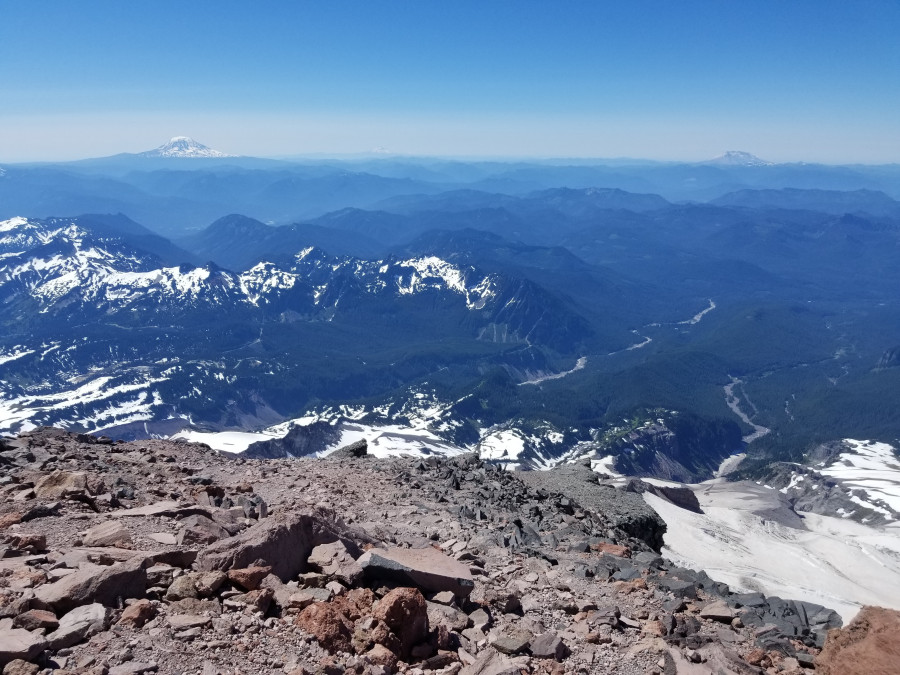 Your TR and photos were great. Your photos also "show" the comments on your trip report.😀