We got very lucky with the weather and had an awesome day out on Stuart. It took us 15 hours car to car with lots of breaks starting from the Esmerelda TH. Can drive to within 100' of the trailhead, there is one snow bank still blocking the trailhead.

We woke up at 215am and started hiking around 320. At Longs Pass we were a bit discouraged when we saw the sparse amount of snow coverage on Mt. Stuart from Longs Pass but took a few pictures which would help us select the best ski route down. We had hoped for a bit more coverage given the fat snow pack we've had this year but we had lots of gear in case we got stuck on top of a cliff or waterfall but obviously we were trying to avoid that.

On the descent from Longs Pass there was a crazy avalanche/blow down which destroyed a huge swath of trees which was hard to cross, we ended up taking the skis off and walking. Skied to approximately the cliff line and then booted from there.
We climbed Stuart via the Cascadian Couloir starting with crampons around 5400' and ascending on snow until 7200' where it widened enough for us to switch to skins. Skinned until 150' of the false summit and switched back to boots. From the false summit we traversed along the ridge and then a 50' descent to the gut of Ulrich Couloir where we tested the snow by booting up the summit. Reached the summit around 1215. This pitch is steep with sections ~50 degrees but the snow was in excellent shape thanks to the clouds that had just showed up and the wind.
After a rest and some photos on the summit we skied down Ulrich Couloir which skied surprisingly well for late May and is very picturesque skiing with towering granite walls surrounding the couloir. We skied down until we could see a cliff/waterfall and then looking at our picture of the mountain which we took at Longs Pass we took our skis off and traversed skiers left which led to another gully which took us most of the way to the snow line. We took the skis off and explored a bit and found another gully where we could enter below a waterfall and get even more skiing! Short walk and we were on the Ingalls Trail where we found the log crossing and headed back up to Longs Pass.
Long 15 hour day but I felt good (minus my very painful boots which I will probably be selling now). 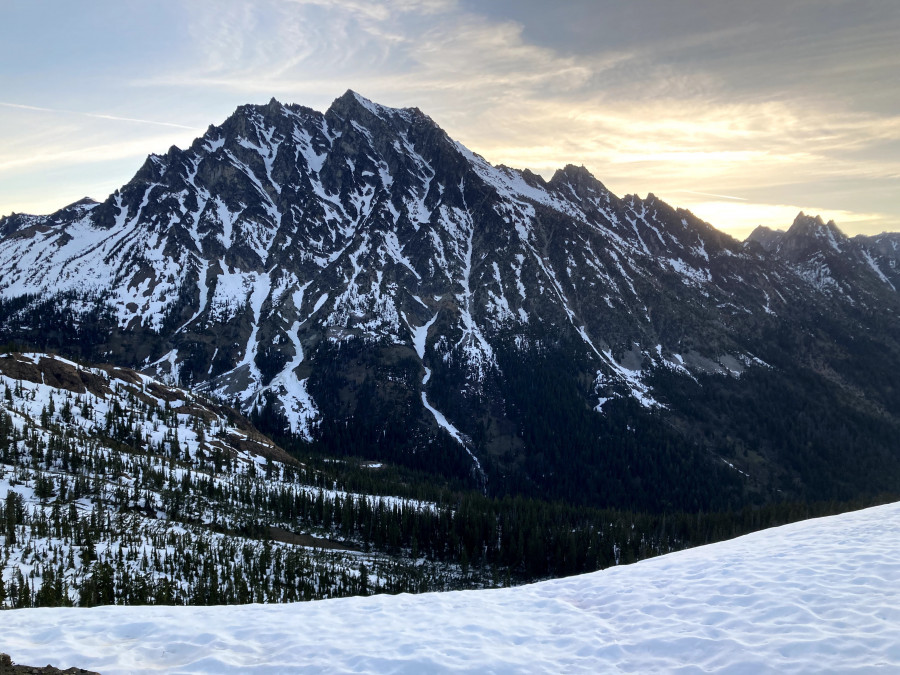 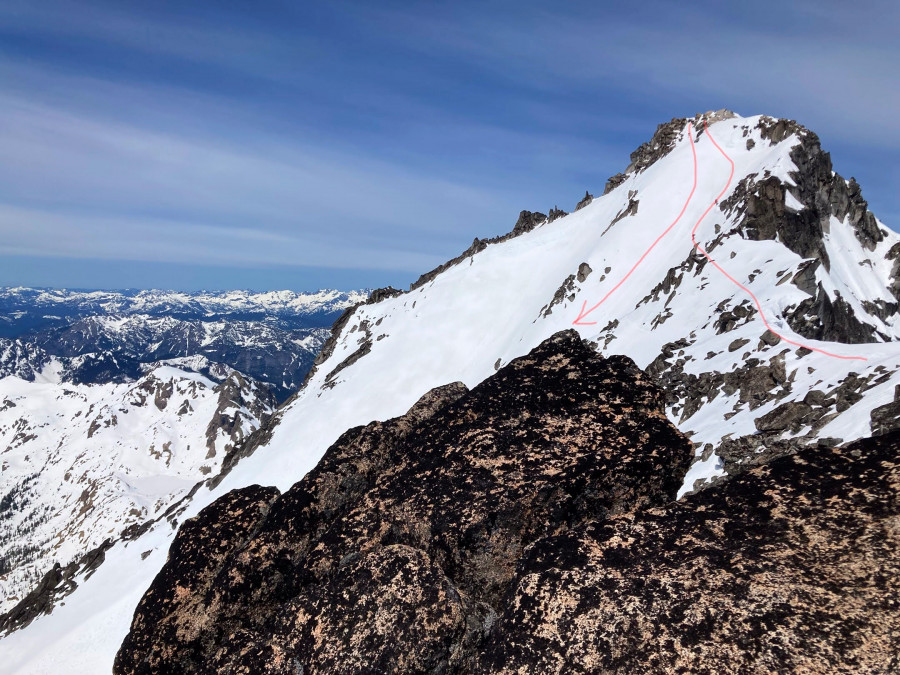 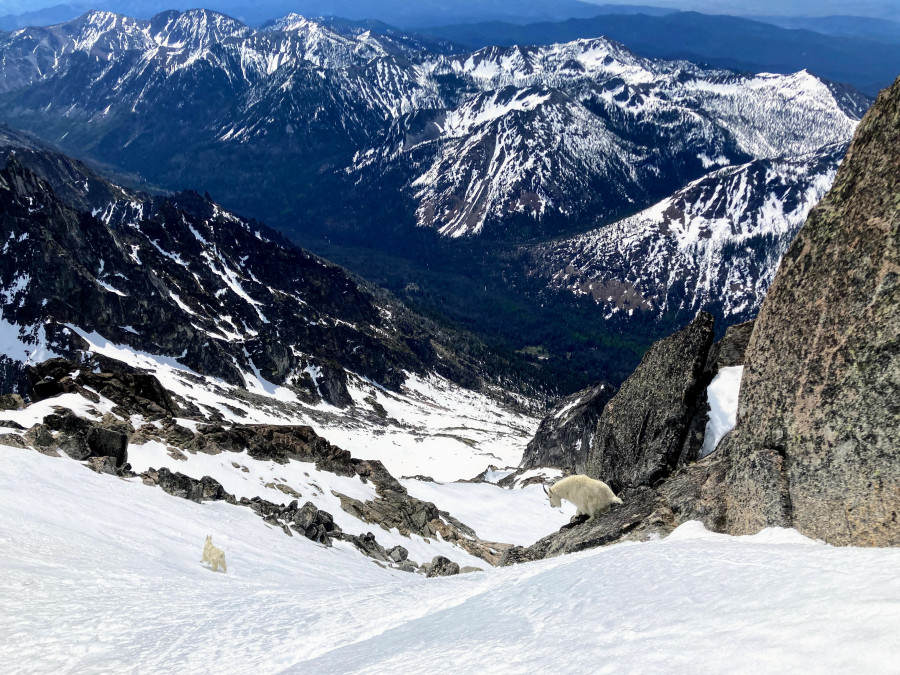 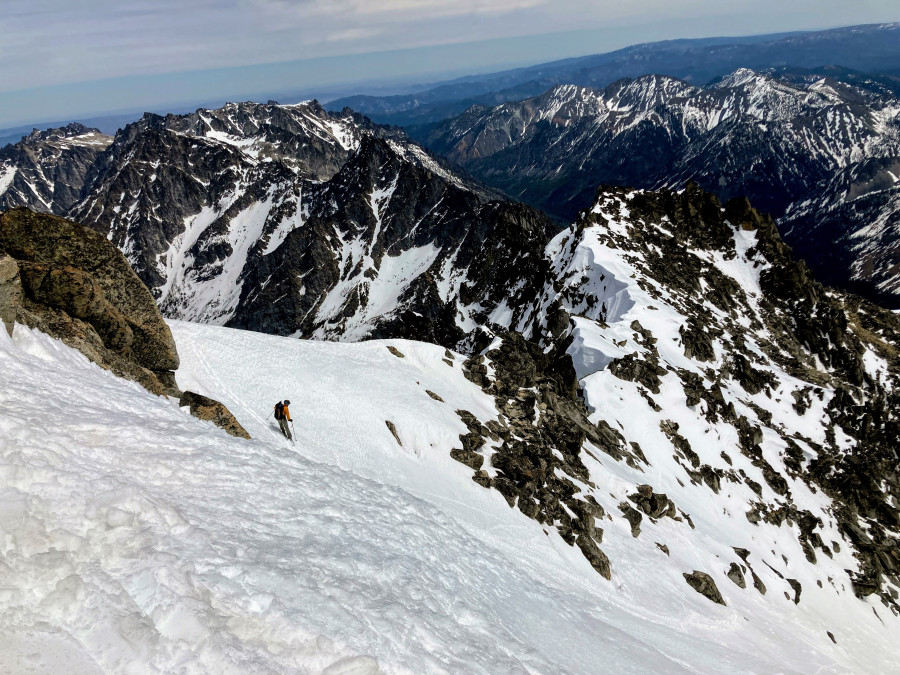 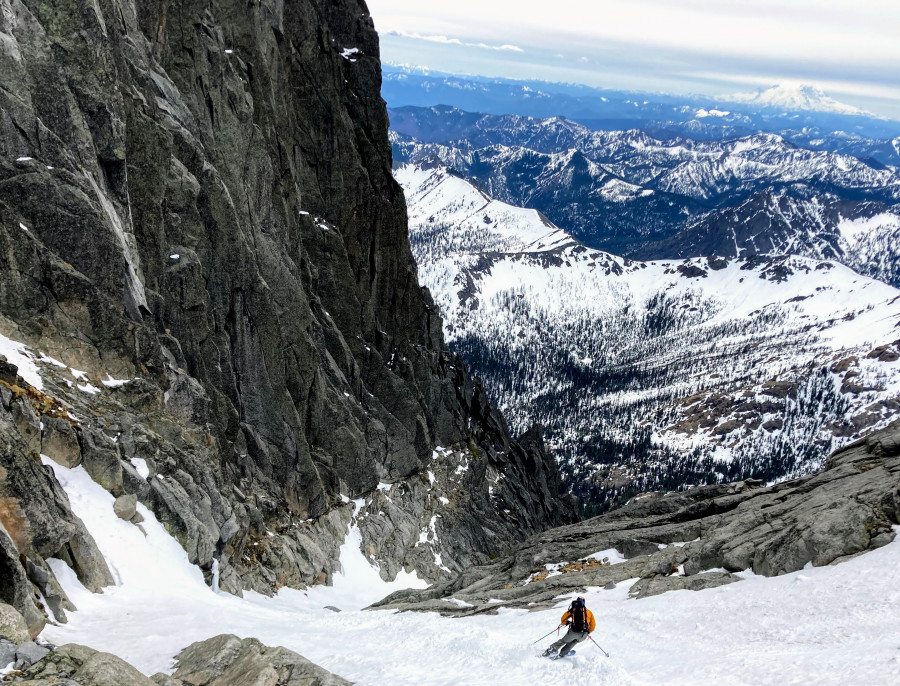 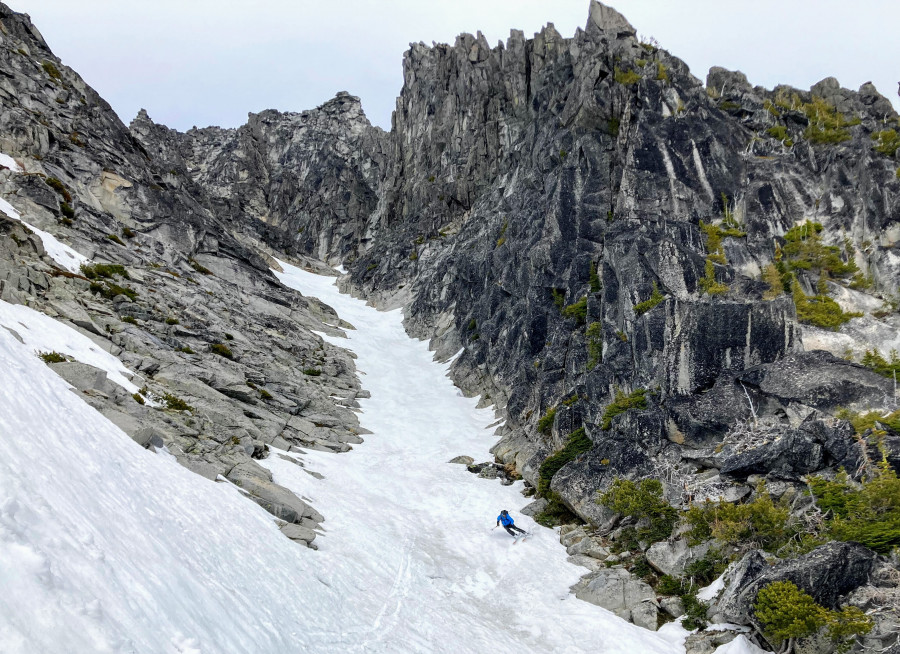 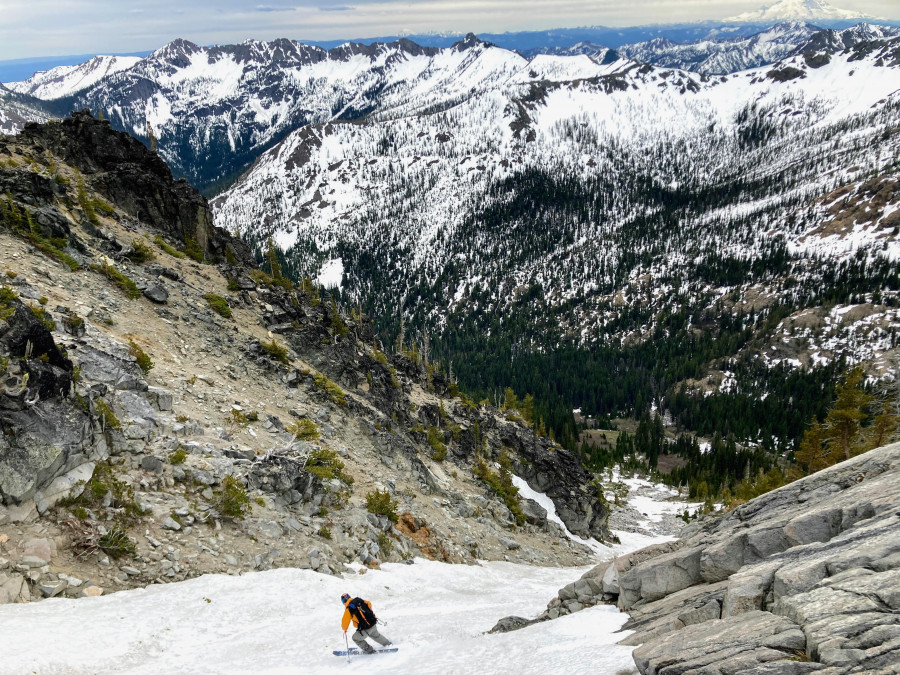 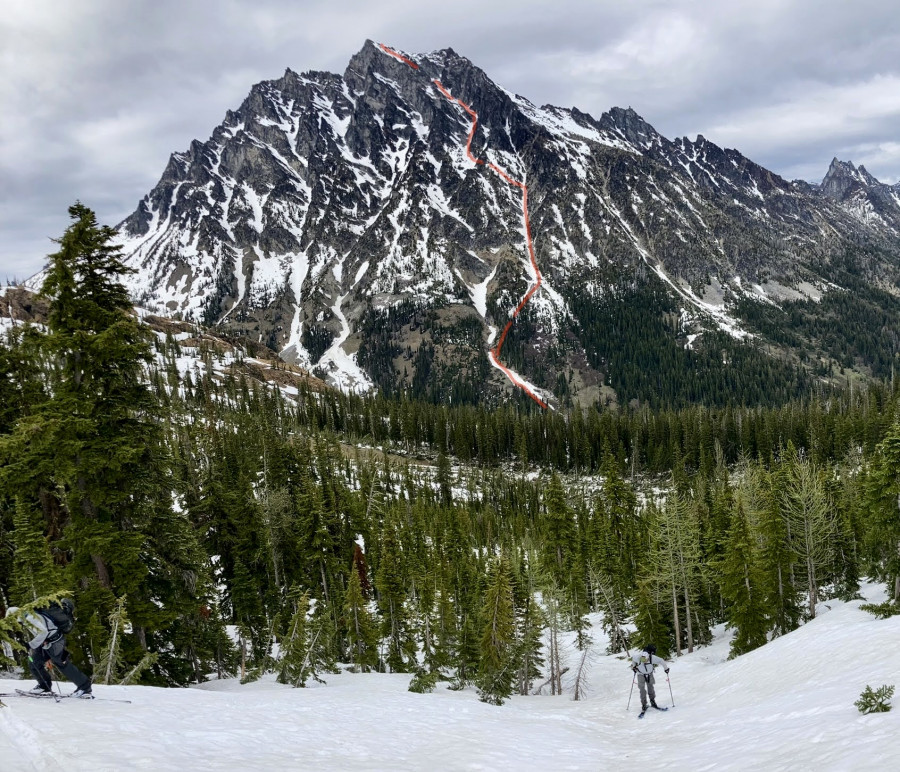 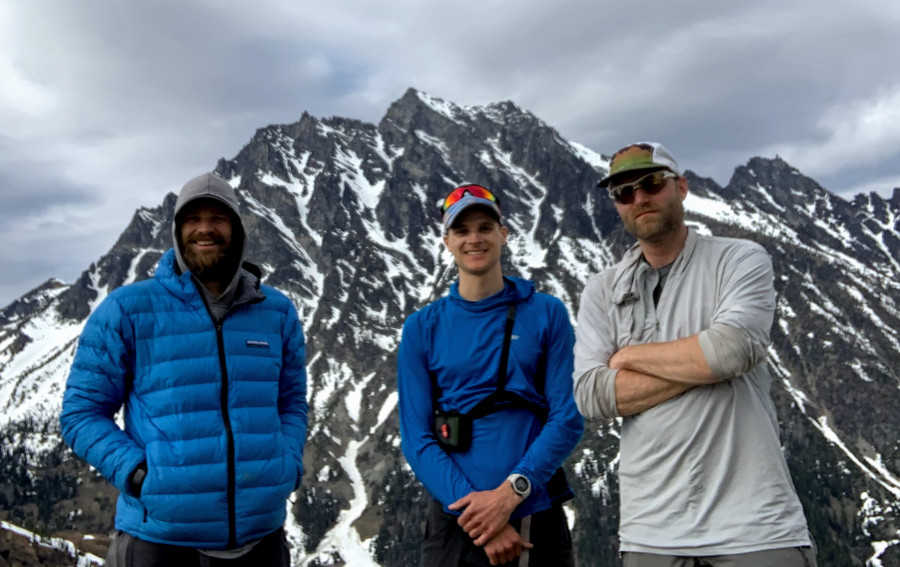 You guys nailed it! Awesome report and beautiful pictures.