Tronsen Basin before the storm

Hoping to avoid the worst of the incoming storm,  we opted for semi-early start from Blewett pass environs.  Because of forecast winds, we didn't follow the traditional XC-15 trail which goes up "Windy Gully and over the top of Tronsen head -- but did all our climbing staying within the Tronsen Basin -- when we got to a high bench in the basin and found that the winds had not yet fully developed -- we skinned up through the scorched forest and through a gap in the cliff bands that separate the top of Tronsen Head from the Tronsen Basin , skinning wasn't too bad.    Enjoyed a view of the Enchanments and Mt Stuart with it's peak in the clouds.

There was some wind on top so we didn't lunch at "lunch rock", but retreated back into the woods for a lunch break.

We manged to find a way through the cliff bands to enter the open basin that didn't involve a big cornice jump and found some OK snow in the area shaded by the cliff band.

The storm rolled in about 30 minutes before returning to car,  but at least it was cool enough that it was falling as snow and not the R thing.

The drive home over Snoqualmie Pass went through the storm front -- with wind buffeting the car at times and I needed to use my wipers on "high" at times.   So probably good that we didn't opt for any extra laps up high. Well I showed up after the storm today, and things were interesting. The snow was still cold in the afternoon, and skied good.3-4” at the lower elevations. Of course ridges were windblown but very turnable. I went in at the middle entrance and nobody was there or at the Tronson Road entrance. Just snowmobiles parked in the snowpark. 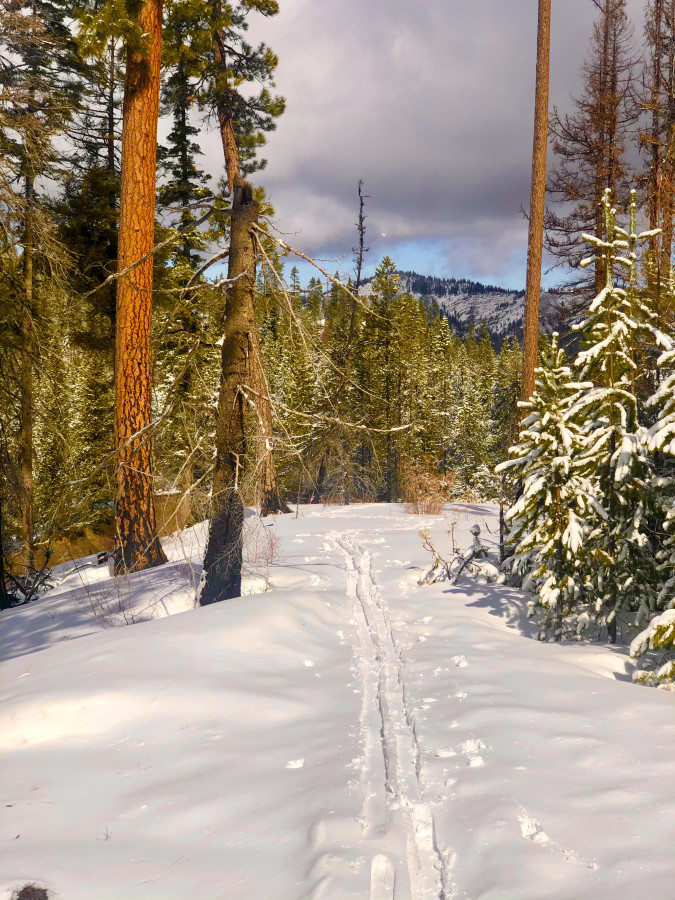 Still lots of snow on roads and the normal aspects.

Fun in the sun 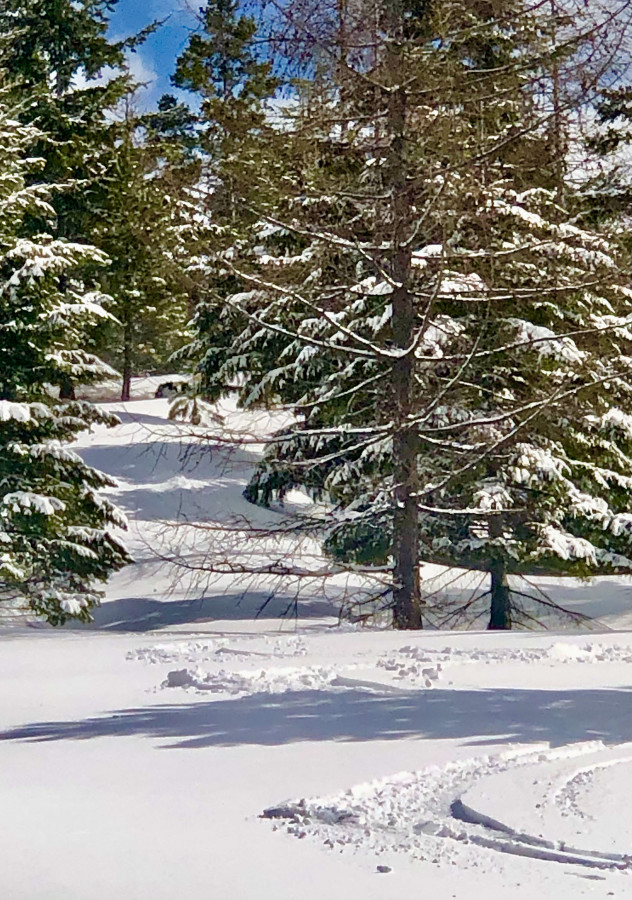 Might get sloppy soon, but the new snow did add to the base.

Only track in the basin 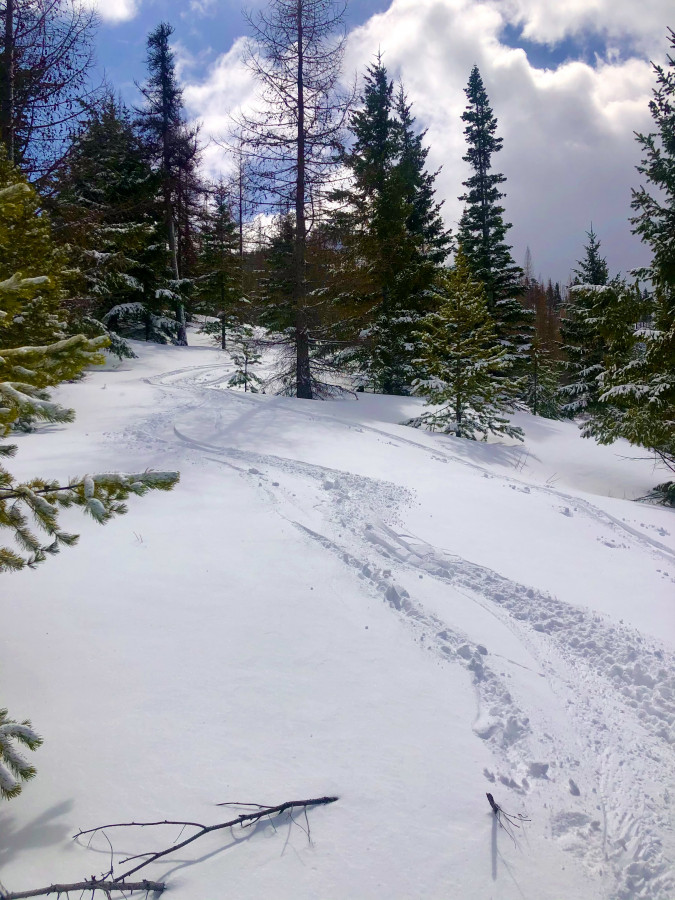 Typical weekday with nothing going on.

Id put up a video, but I never have any luck...