The Stoneman Couloir...a line that almost any skier that has parked at Heather Meadows has seen before. It looks imposing from below, striking one could say. So naturally I had a magnetic draw to ski it one day. After a quiet week of little snowfall, and an overnight refill of 3-4 inches at Baker, Jon, Will, Andrew and I decided to give it a go, linking it up with Clean Slate north off Slate Mountain. It would be a tour d'Baker couloirs.We opted to park a car down at Highway 542 and shuttle another car up to Heather Meadows; we anticipated some ugliness exiting Clean Slate so low down (2,200'), but oh well...Starting out from Heather Meadows we skinned down to Bagley Lakes and then headed up to Mazama Bowl. The north facing snow on Mazama Bowl was wonderful, fast and fun with a firm supportable crust underneath the top layer of snow. From Mazama Bowl we began skinning NE towards the Herman Saddle, where we would top out the Stoneman Couloir. There was a short blind rollover, but Jon knew the way from skiing it before. We bumped to climber's right over the shoulder of the knob and found the entrance to the Stoneman, with no major cornices. SWEET! 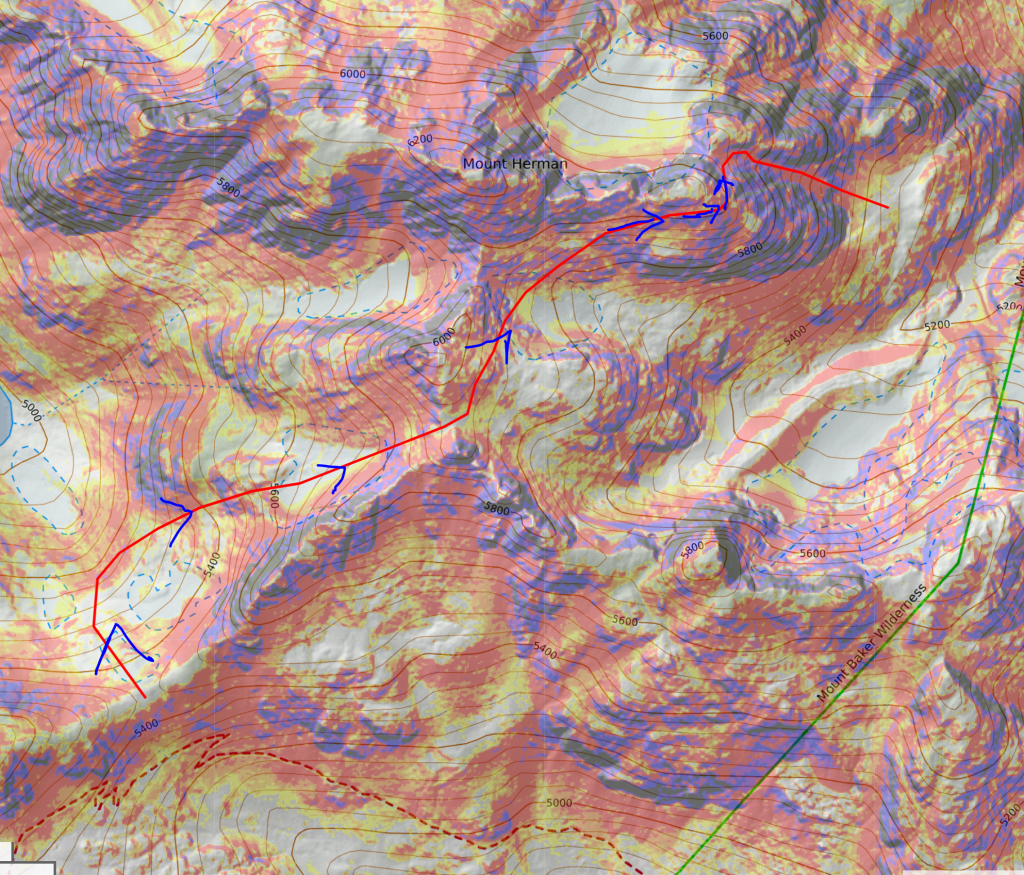 Our route up to the Stoneman, with the line marked as the E/SE shot off Herman. 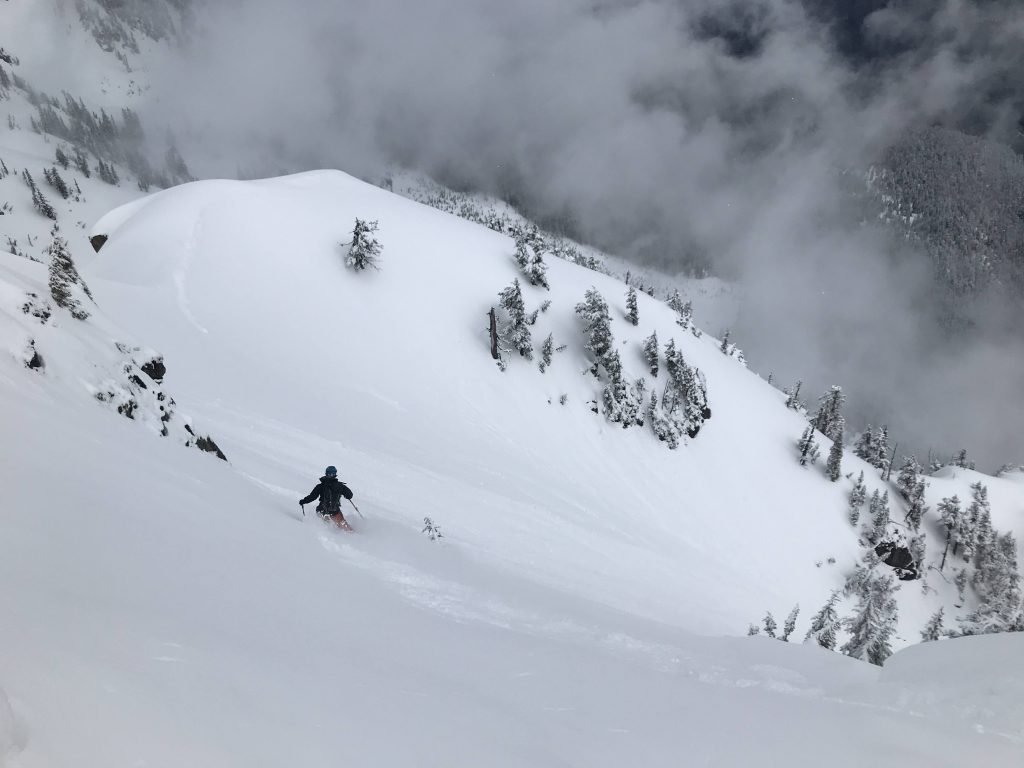 Jon dropping into the Stoneman. The line is suprisingly low-angle. From the top we looked at one another with the reaction: for real? This is it? The Stoneman is no more than 35 degrees and fairly wide for a couloir. Still an amazing line, just a bit underwhelming in my opinion. 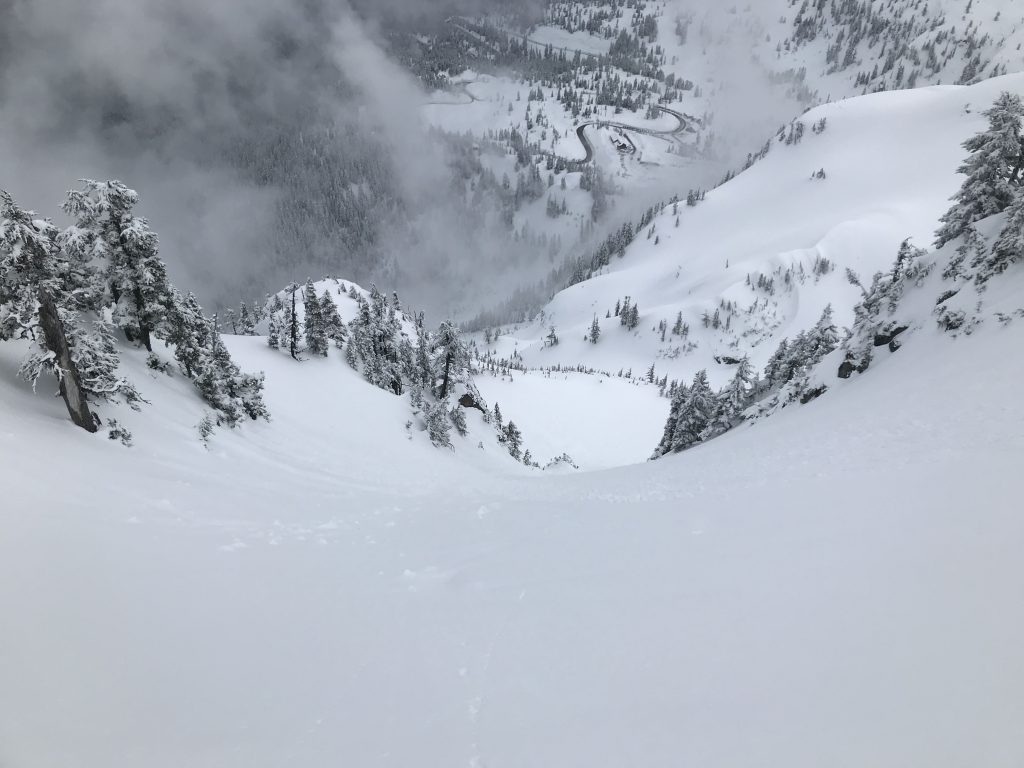 The famous Stoneman Couloir, from the top.  We took the couloir one-by-one, with Will heading down first. The couloir looked to have slid the night before, so there was a good bit of chunkiness in the snow. 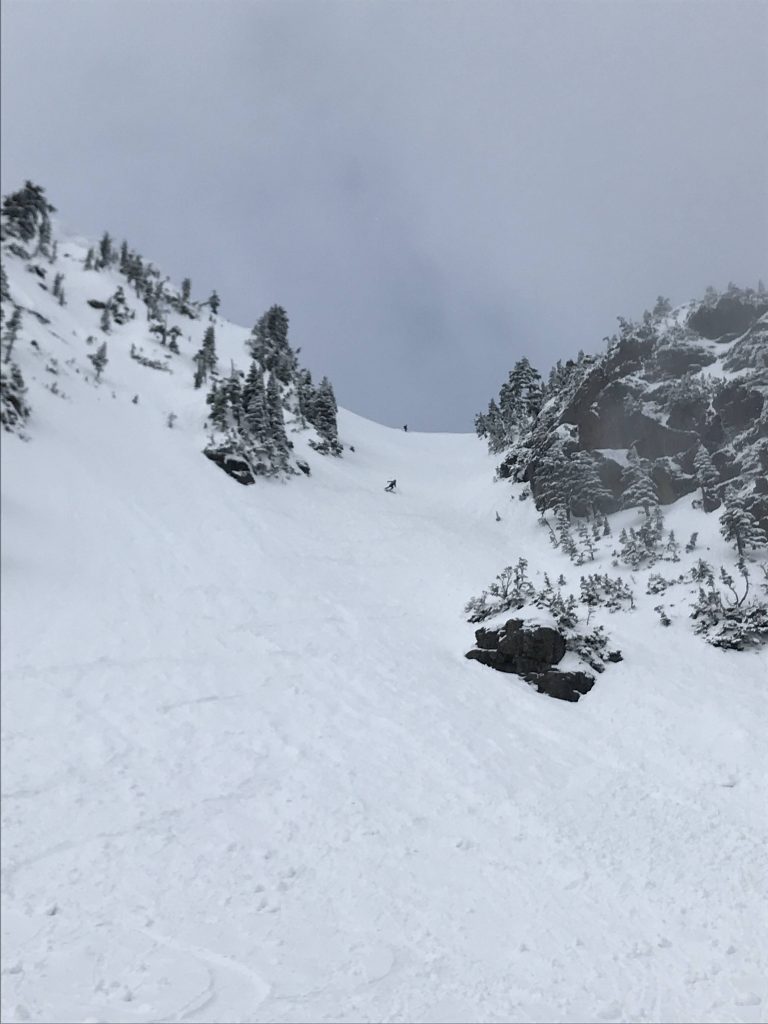 After we skied the Stoneman we made our way over towards Cheap Slate and Clean Slate, over on Slate Mountain. A MAJOR 'shwack ensued on the exit from Clean Slate down to the cars. For about 200' we couldn't tell where the ground was, underneath some trees we guessed. 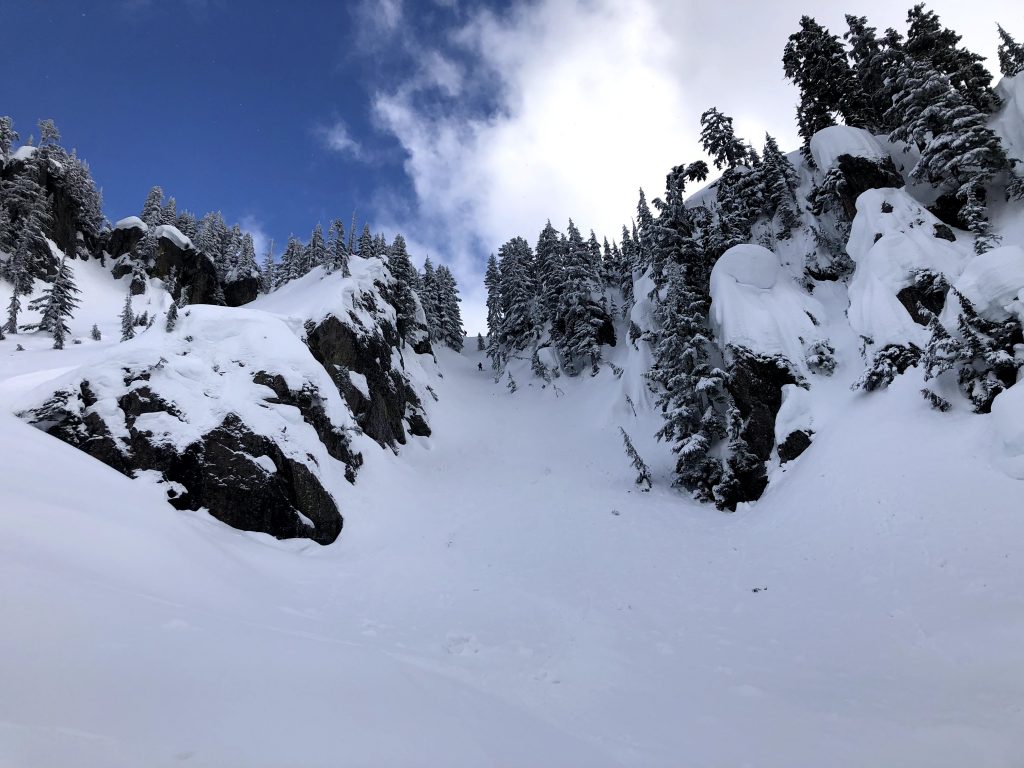 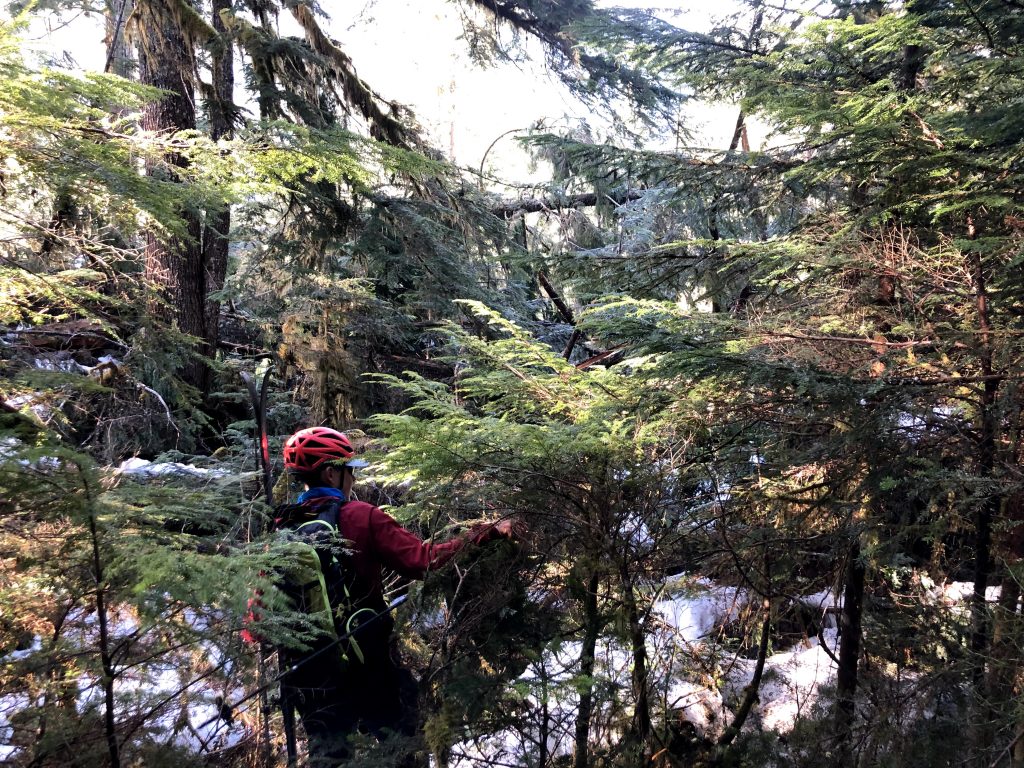 Making my way through the THICK bush on the exit from Clean Slate to Highway 542.