With the forecast looking alright for Sunday, I decided to make trip up to Steamboat Prow.  The hike to Glacier Basin was uneventful and I didn't start skinning until I reached the camp.  You could start skinning earlier, but be prepared for a couple carries.  The river crossing is in good shape.  I was pleasantly surprised with clear skies and some fresh snow from the last storm.  There was the occasional cloud that rolled through the basin but it stayed clear for the most part and it wasn't too windy, at least until the top of the Prow.  The turns were awesome with the fresh snow!  A little windblown up higher but light enough to make some good turns. Go get it!

RIP my climbing helmet. During my transition at the top, a gust picked it up and sent it down the slopes into the basin. Ugh! I thought I might find it on my way down, but no luck. If you find a helmet let me know! 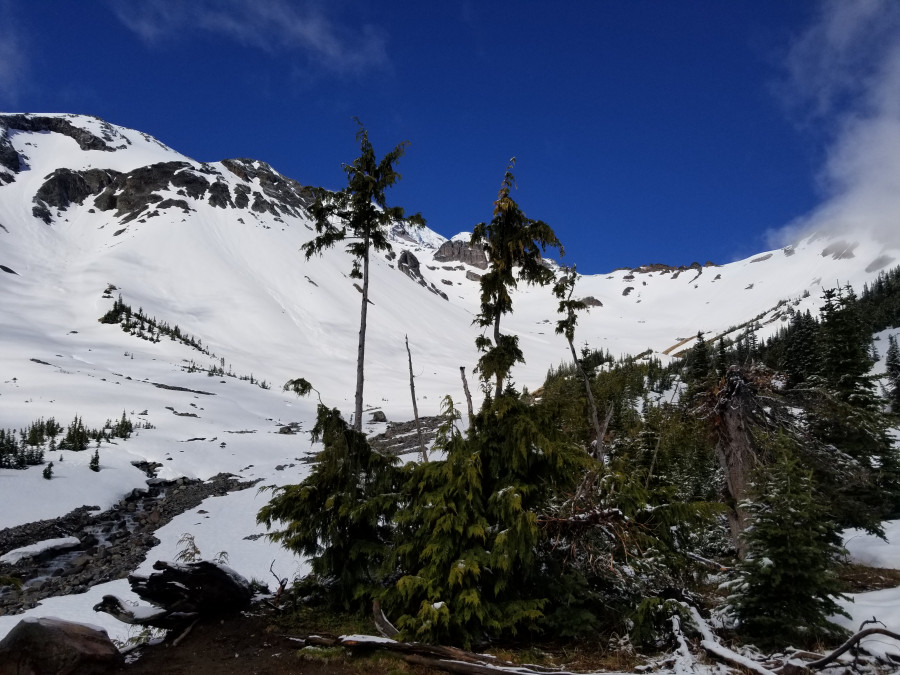 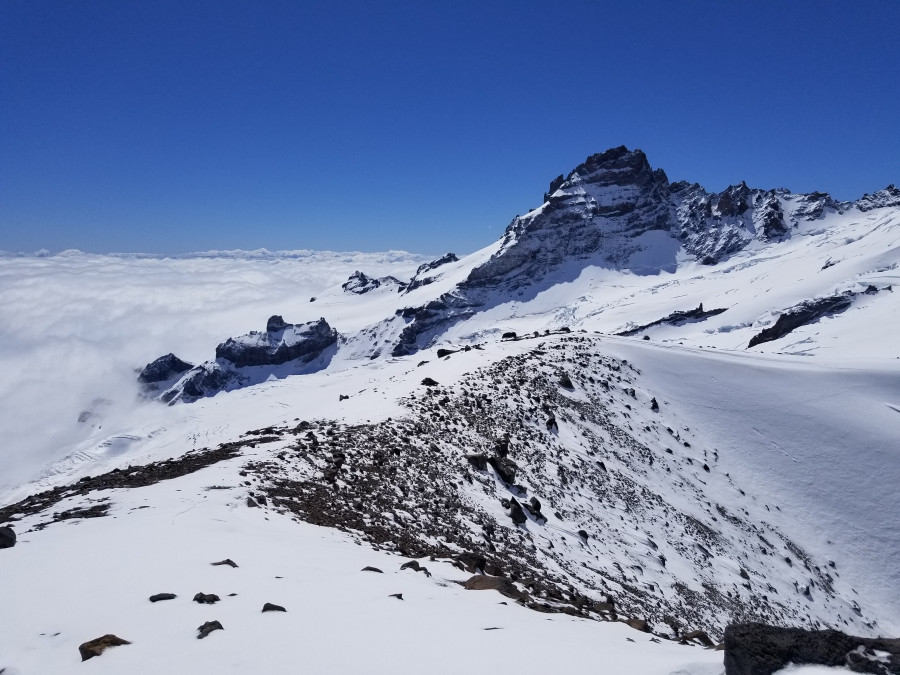 Any photos of the Inter Glacier?

Nice to meet you at the top. I looked for your helmet on my second lap and saw no sign of it. Nonetheless, a superb day putting fresh tracks on a blank canvas.

Nice to meet you as well, Andy. Thanks for taking another look!

Sorry Neil, I didn't snap any photos of the glacier. But it looked great, no signs of any cracks that I saw.

Oh it's you two that flew passed our party of three. What a great day there!