We left the Marbles Springs Sno Park around 6:30.  There is suffiicient snow to almost ski right from the parking lot.  Some bare patches on trail but not enough to damage skis.  We ran into a woman who had started out at 2:30, summitted, and was on her way back, solo. Yikes.  Since this was our first trip up, we spent some time route finding.  Snow down low has corn, mash potatoes.  Had some issues with skis sliding on steep uphill slopes.  There were a decent number of people up there, not crowded.  At around 6000 ft, a NW wind at 15mph kicked up.  Snow started to get a bit crusty at 6700 ft.  My legs started to burn at 7100ft, and with the snow becoming crustier, I decided to play it safe.  Skiing down was tricky on the steeper slows as they were pretty chopped up with skin tracks.  I did find an untouched slope and got some of the best tele turns ever.  Temp was over 70 degrees down low. Once we got off the mtn, tree skiing was great, and the trail through the woods was a roller coast ride. 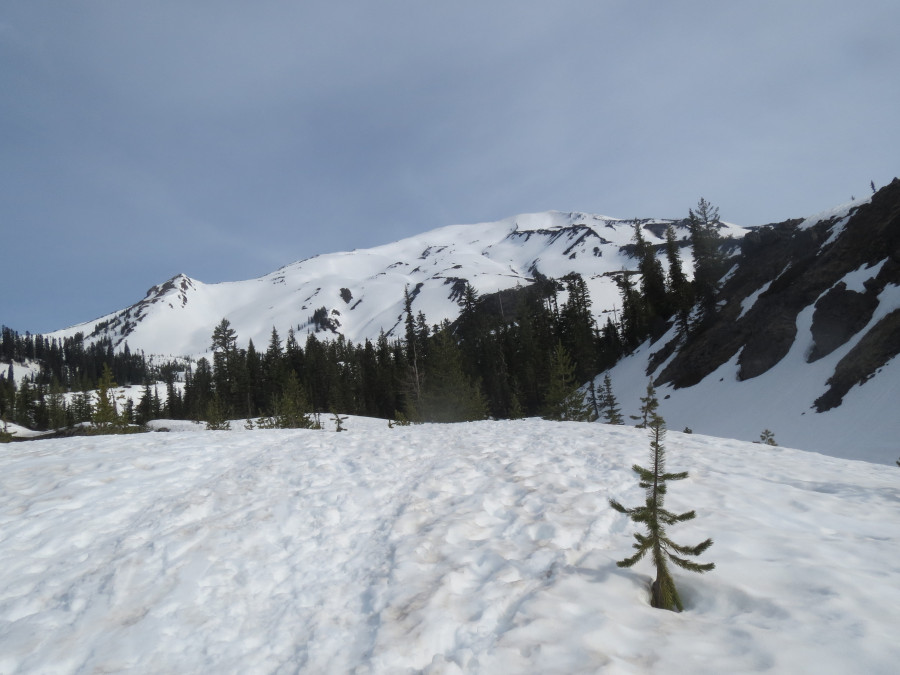 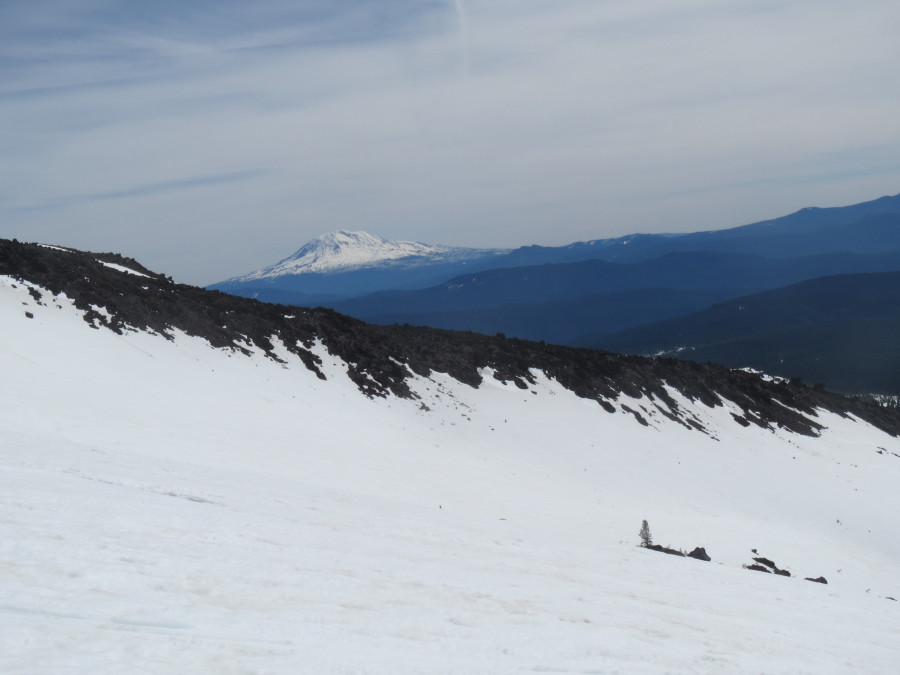 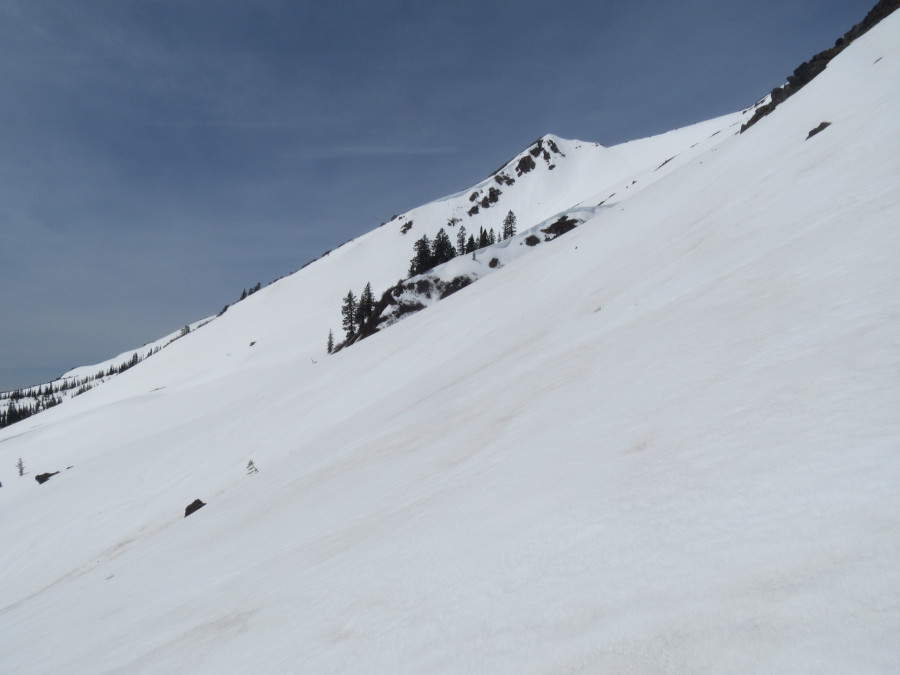