Hello! My name is Joe, this is my first TR on TAY. My friend Will texted me mid-week last week and asked if I wanted to go on an adventure with him over the weekend--that's always a yes for me! My wife and I had our first baby earlier this year so ski touring has taken a bit of a back seat while we focus on loving and caring for our little girl. I had already been planning to do a small ski tour on Sunday or Monday, but Will's ideas sounded a lot more interesting, though a bit more committing. My wife gave me the green light and we settled on South Sister after a couple North Cascades options fell through due to road closures. Neither of us had climbed or skied it before, but Will is checking off Cascade volcano summits so this was on his hit list.

We left Ellensburg around 4:30pm and headed south on 97 toward Bend. I love that drive--the scenery is exceptional. The volcanoes of Oregon seem to rise directly out of the plains with no foothills to obscure the view, and as soon as you pass one there is another to ogle in the distance. We got to wondering a lot about the geology of the Bend/Sisters area, and the number of volcanoes in OR (hundreds) vs. WA (5) and CA (20). Fuel for further research to be conducted later...

We woke up at Sisters Mirror TH at 5:30 and by 6:30 were walking the road toward the climbers trail. Shoes stayed on till we exited the forest and topped out on the flat plateau below the south face of the mountain. The snow was already beginning to soften on the plateau, so we started thinking we may have gotten started a little later than we should have. The route is straight-forward and snow was continuous right up to the point where you gain the ridge above Lewis Glacier, where there was a short section of rock to cross. We booted up on the other side, and then continued skinning up the east side of the ridge.

As we were traveling up the ridge we heard a loud roaring sound and looked up to see a large loose wet slide releasing from the steep slope above the Lewis Glacier. It cascaded over the cliff bands that form the headwall of the glacier and on to the glacier itself. The slide continued for over a minute--lots of snow came down. That put some pep in my step as we rallied for the final push.

We arrived at the summit at about 1pm, where it we hang out for awhile and enjoyed the expansive views and lack of wind. We ripped skins on the other side of the crater and began the decent around 1:30. The snow was overcooked by a few hours but thoroughly enjoyable none the less. On the plateau, the snow was soft and sticky enough that we didn't need to skin up to cross the flats. We found continuous snow to within about .5 miles of the car. We arrived back to the TH around 3pm and began walking the road back to our car. We stuck our thumbs out at a few cars, and then someone traveling the opposite direction stopped unprompted and offered us a ride. Thank you Alex from Seattle, who had just finished the sisters traverse! We super appreciated that.

I also want to give a shoutout to Jtack, who hooked me up earlier this year with a great deal on the skis and skins I used on this adventure. Thanks man! 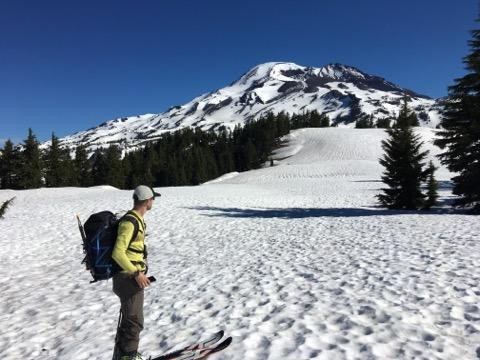 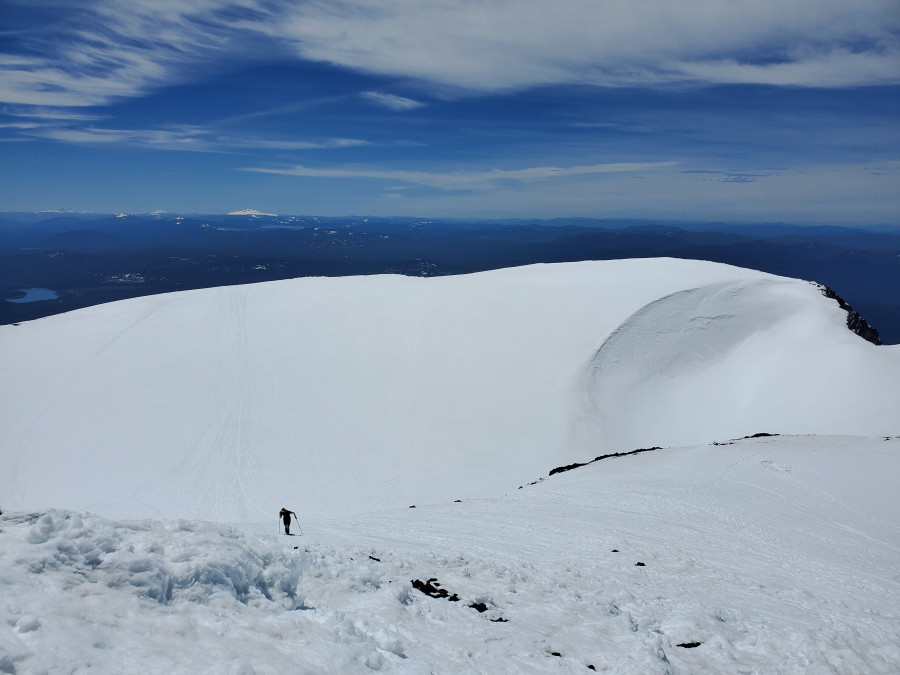 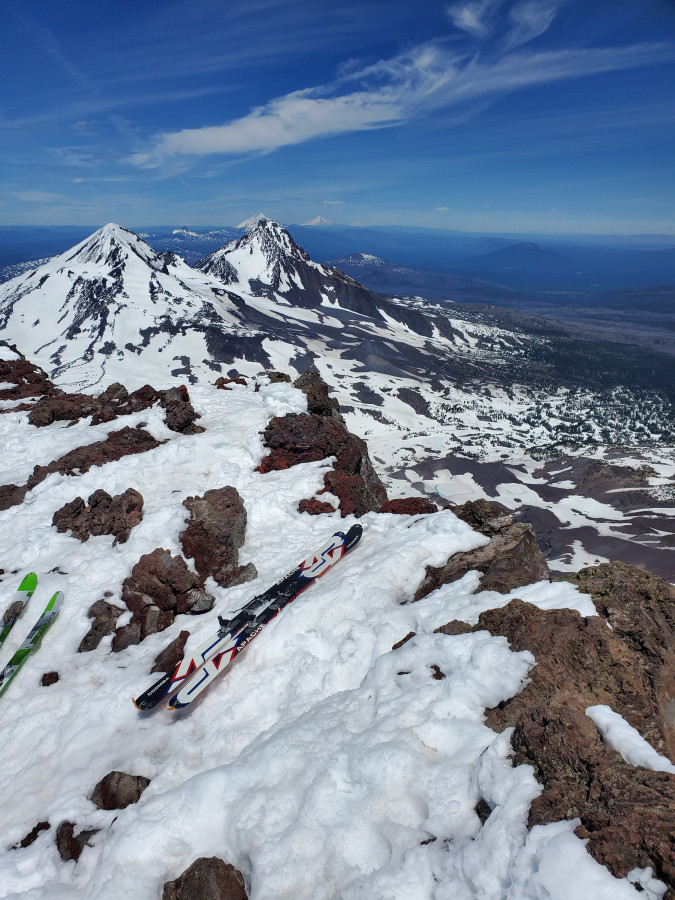 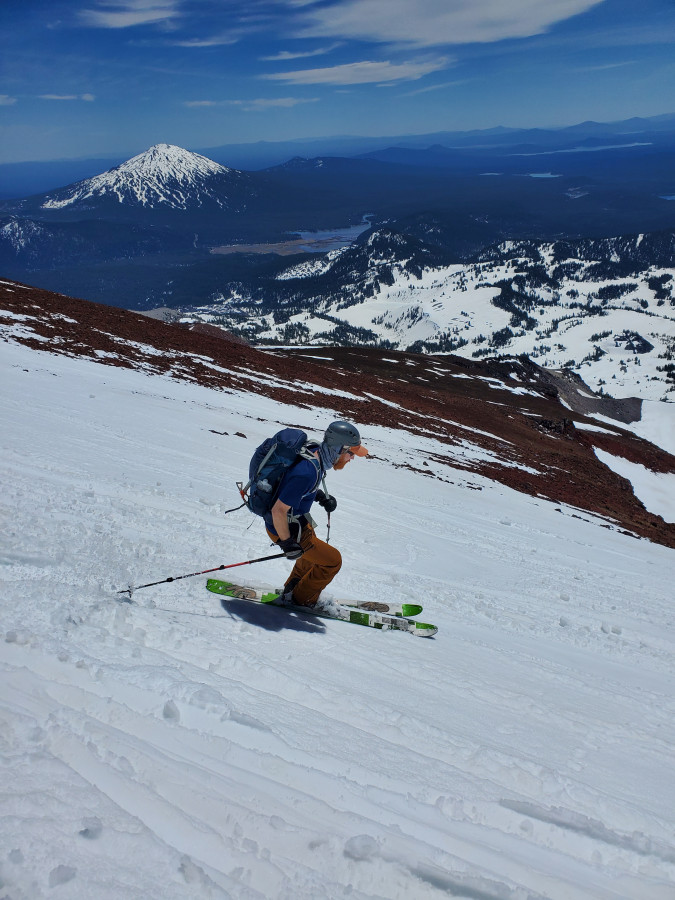 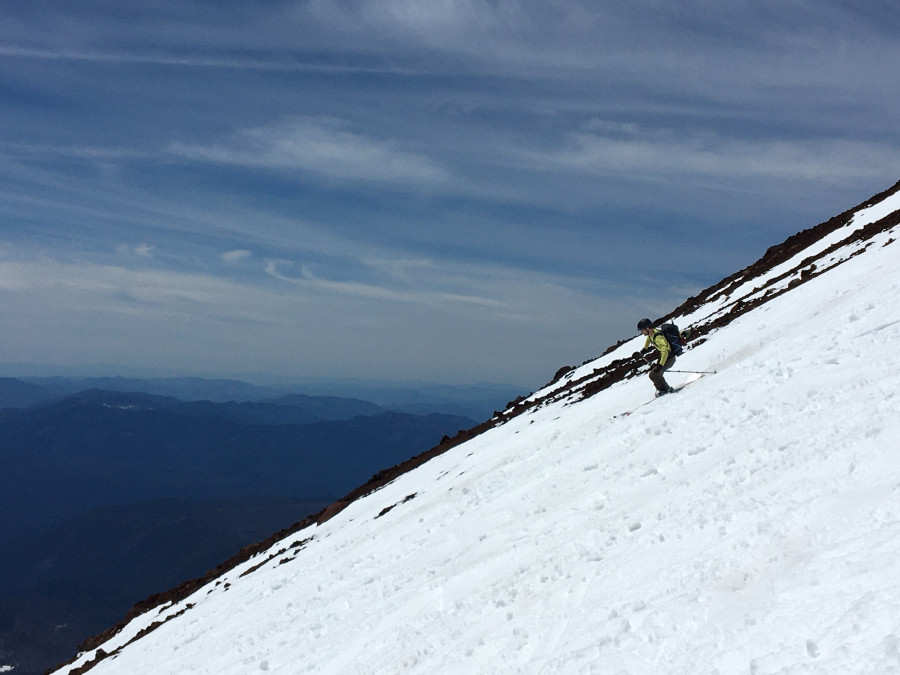 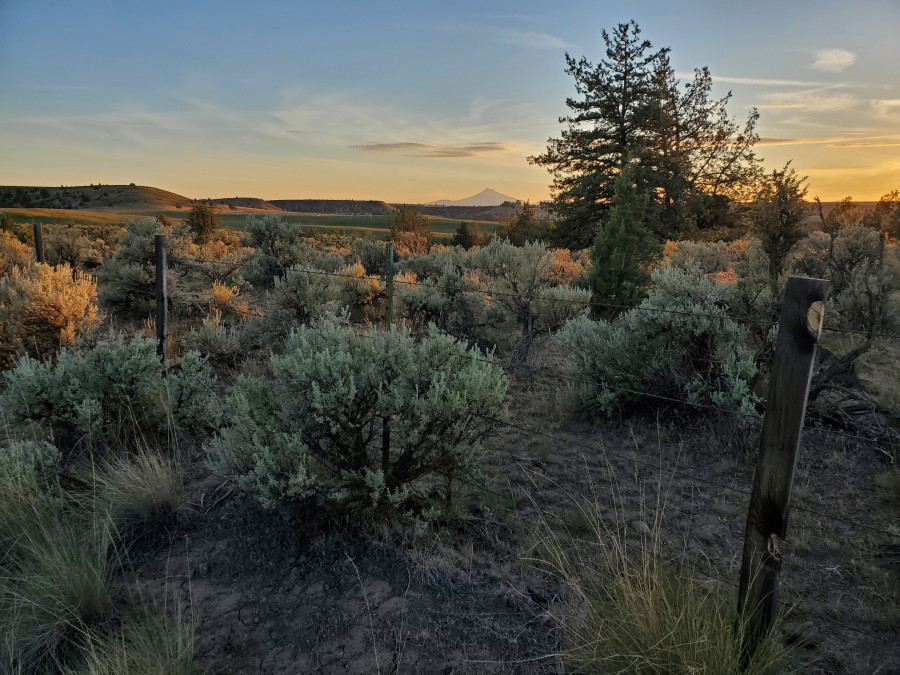