Our tour today ended up about ten times nicer than expected. After the last weekend, touring the Alpental resort, and knowing things were warming up fast, let's be honest - we didn't expect much. We found an untouched slope above the Snowlake Divide, which turned out really nice - while the snow was on the slightly heavier side, it was soft (i.e. no crust) and consistent. We lapped it a couple times, and then tried an offshoot to skier's left, which was pretty good, as well. Only saw 2 other parties in that neck of the woods so the solitude meter was shooting up high, too.

The ski down from the Divide to Source Lake was not bad either - softish crust, but manageable.

The exit from Source Lake was somewhat dicey, but honestly not bad for November.

We observed some minor sluffing (mostly off cliffs), pin wheels and tree shedding all day. Despite the warming, it remained consistent throughout the day, and we saw no major slides.

Plenty of people seemed to have gone up the resort, and a few parties headed up to Pineapple Pass so curious what the conditions were over there. The bowl below Pineapple was in shade all day, which means it could have been nice cold pow or... not-so-nice crust. 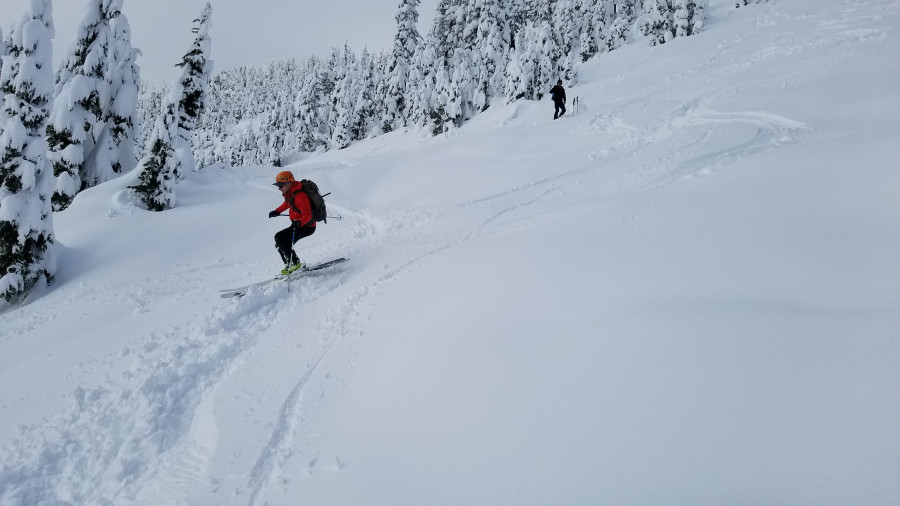 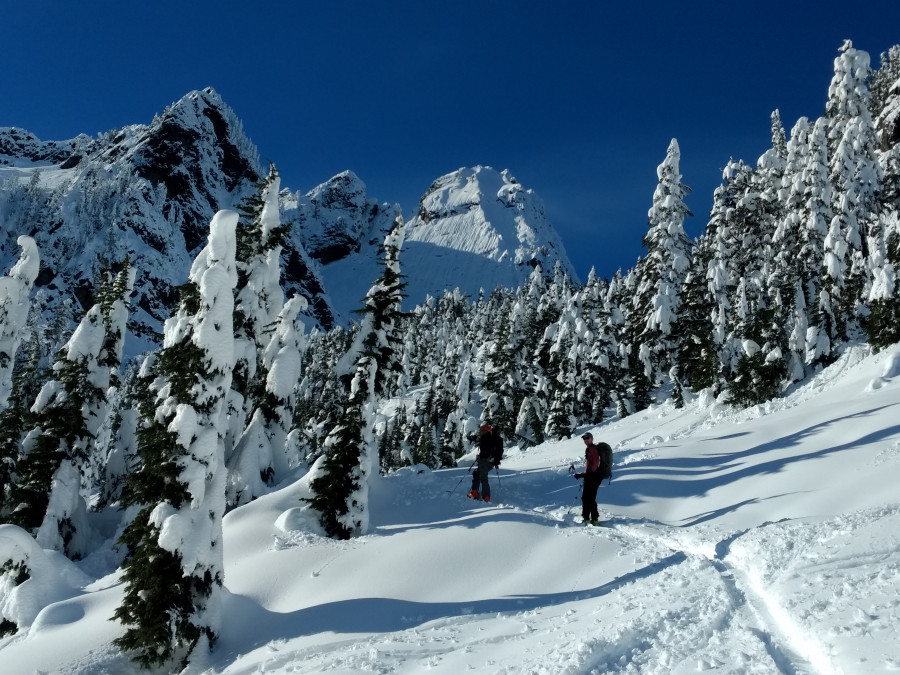