Shredding the Gnar on Klahhane Ridge

So with all that fresh snow last week, my buddy and I decided that we needed to get out into it! With the avy danger being high, we saw that the Olympics were doing a little better in terms of a stable base, so thus we set out to head towards Klahhane Ridge/Mount Angeles. With the road up to hurricane ridge only being open Friday-Sunday, we figured that there would be all the freshies unspoiled by others. What a crazy gift from the snow gods.

So up early and out of Seattle to catch the 610 ferry. We hoped that the road might open early as the previous weekend they had been opening at 8. We checked the Twitter to make sure that there was no unexpected closures, but as of 7 am, we were good to go. The stoke was high.

We were encouraged as we entered Port Angeles because the roads were relatively clear despite all the recent snow. We passed by the giant lighted sign outside the ranger station and it was not on. So another good sign that we should be good to go!

We giddily drove up the road thinking about what lines we wanted to take and how sick the snow would be. That is when we came upon it. People stopped at the gate. One guy turning around. And a haphazard sign saying "road closed".

Huh. We must just be early, right? Not gonna open until 9, I bet.

Well we checked the Twitter and were greeted with "The Road will not open today. The winter storm is causing low staffing...."

What? How could this be? What did we do upset the snow gods? Low staffing? Were they all just enjoying the snow for themselves? That has to be the only reasonable answer.

Well we were not to be deterred. We quickly pulled up a map and saw that there was a trail that would lead us to the ridge. Maybe we could find some steep snow to ski along the way. Worth a shot.

So we put on the boots, strapped the skis to the pack and started hiking. Slowly but surely we trudged on, thinking of the beautiful snow around us. It was so fluffy. So cold. So amazing to ski. But as we looked we also saw it was only an inch thick. We would have to get some elevation quick to get into the deep.

But as we went up, the switchbacks got steeper and the trail turned to ice. Turns out, ski boots don't do well in ice. No traction. Who knew.

So we begrudgingly started down the hill. Sad. Defeated. Still convinced the rangers took all the powder for themselves. 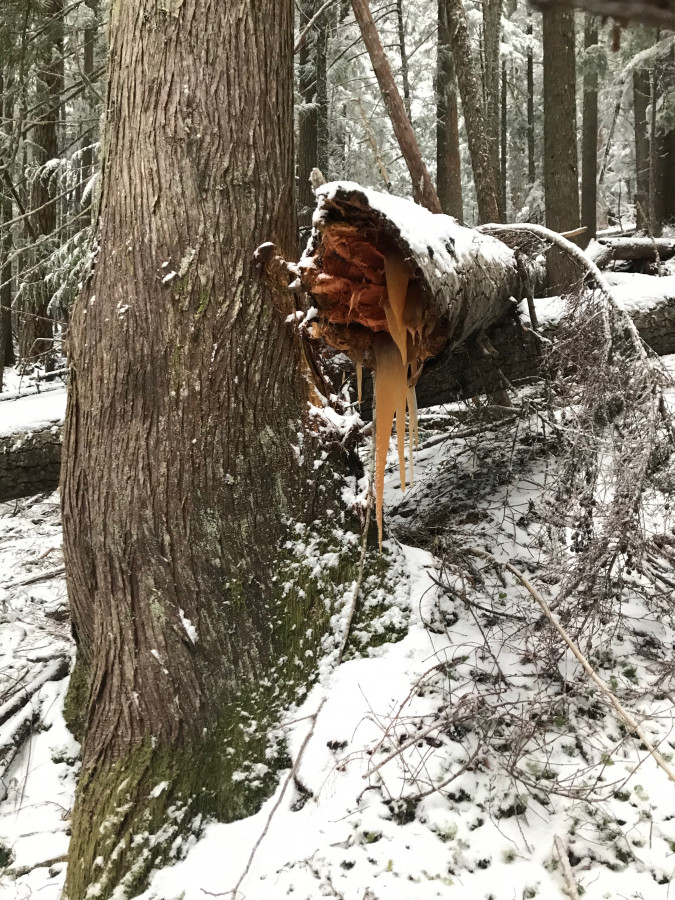 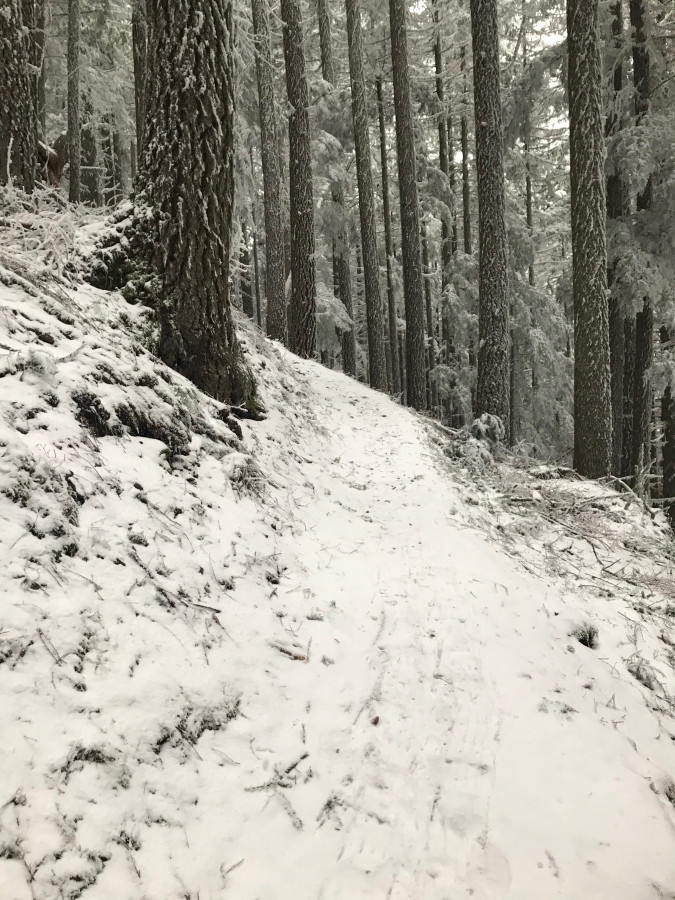 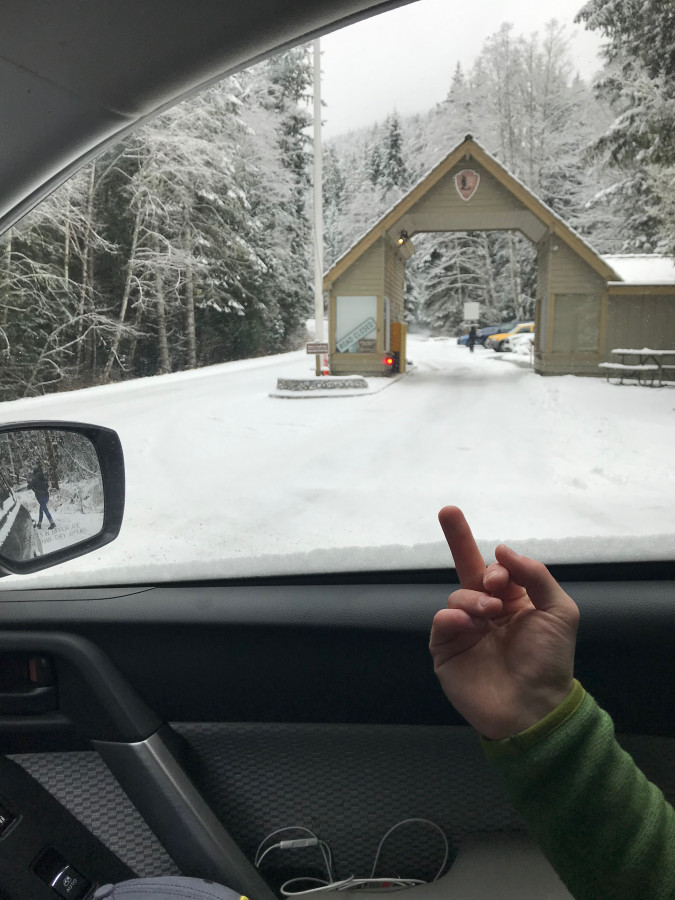 so what did the person in review mirror do to deserve the bird?

Welcome to 'Merica!  Lots of effort to go nowhere!  This be a good story over beers.

Major kudos for effort - I have to believe the snow gods will pay you back in spades one day.

@stefan-feller: Not sure what the person in the rearview did to deserve the bird. Collateral damage i guess. Skiing is hell and all....

@mtnpavlas: Thanks! I freaking hope so. But now they brought us all this scary avalanche cycle....