Izzy and I skied the Rock-Howard-Mastiff traverse yesterday. A bit early season for this one but the firm crust made for easy travel (ski crampons required) and a bit of dust made for surprisingly good skiing.

We tried to drive up to the Merritt Lake TH, got a bit stuck and had to shovel out. Bailed back to Highway 2 and left a car there then drove to the Rock TH. Just as we were starting up we met a couple skiers who were bailing due to low snow coverage. Probably a good call. We had to hike up to 4,500' before putting skins on. It would be a bummer to go up Rock and have to walk back down that.

Skied a firm and rocky couloir off the N side of Rock then nice dust on crust to Crescent Lake. By the time we made it to the top of Howard the easterly winds had really picked up, enough to push a backpack around. Maybe 30-40mph? A layer of clouds had also developed to about 7k. We skied off Howard in a bit of a white-out and made it to the top of Mastiff at 4pm. Nice sunset ski down to Lost Lake then broke out the headlamps for the final climb and descent.

We managed to ski back down to Highway 2 which is kinda ridiculous considering it's at 2,700' and we weren't able to skin until 4,500' on Rock. Some dry skiing was required. Should be much nicer after the next storm. 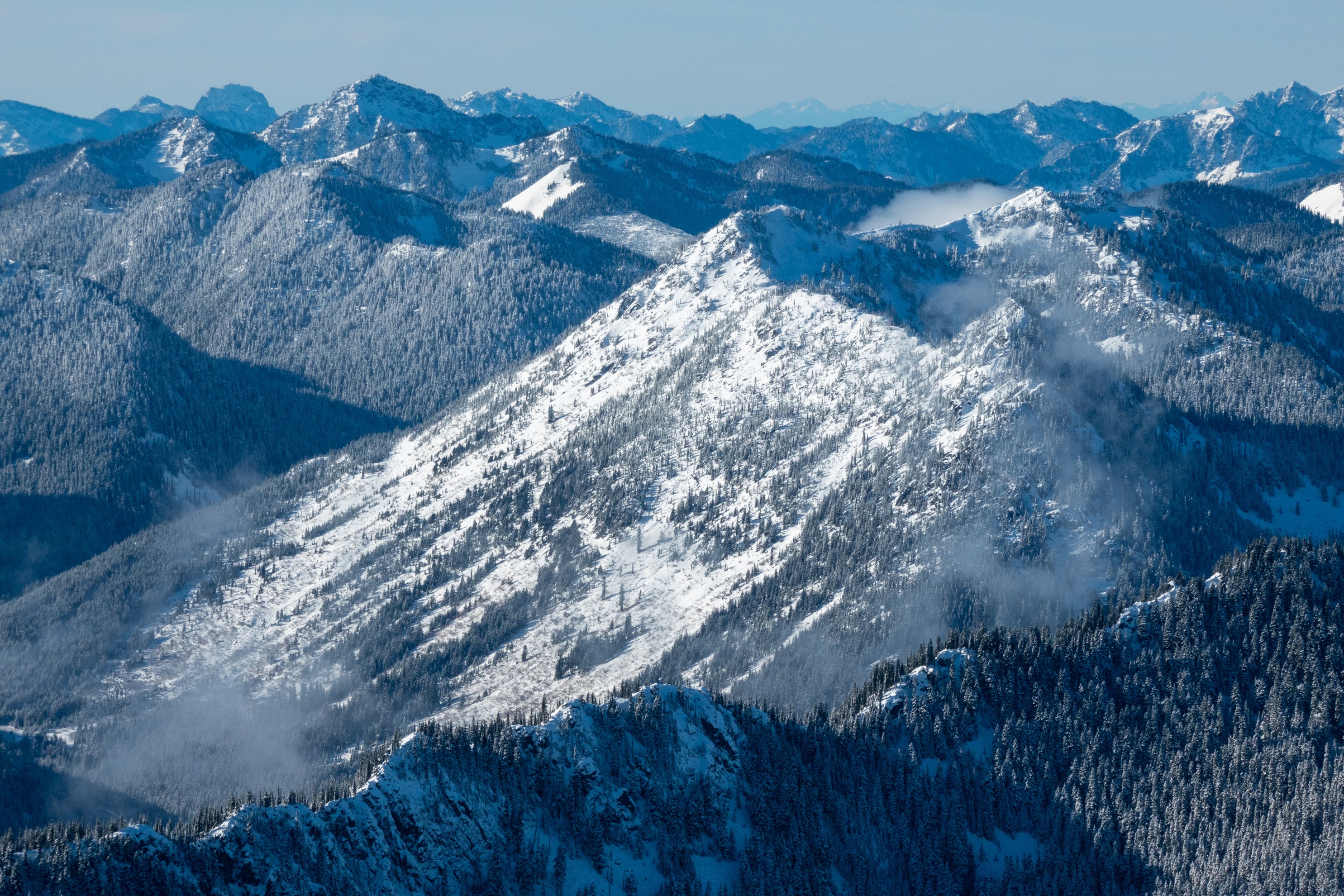 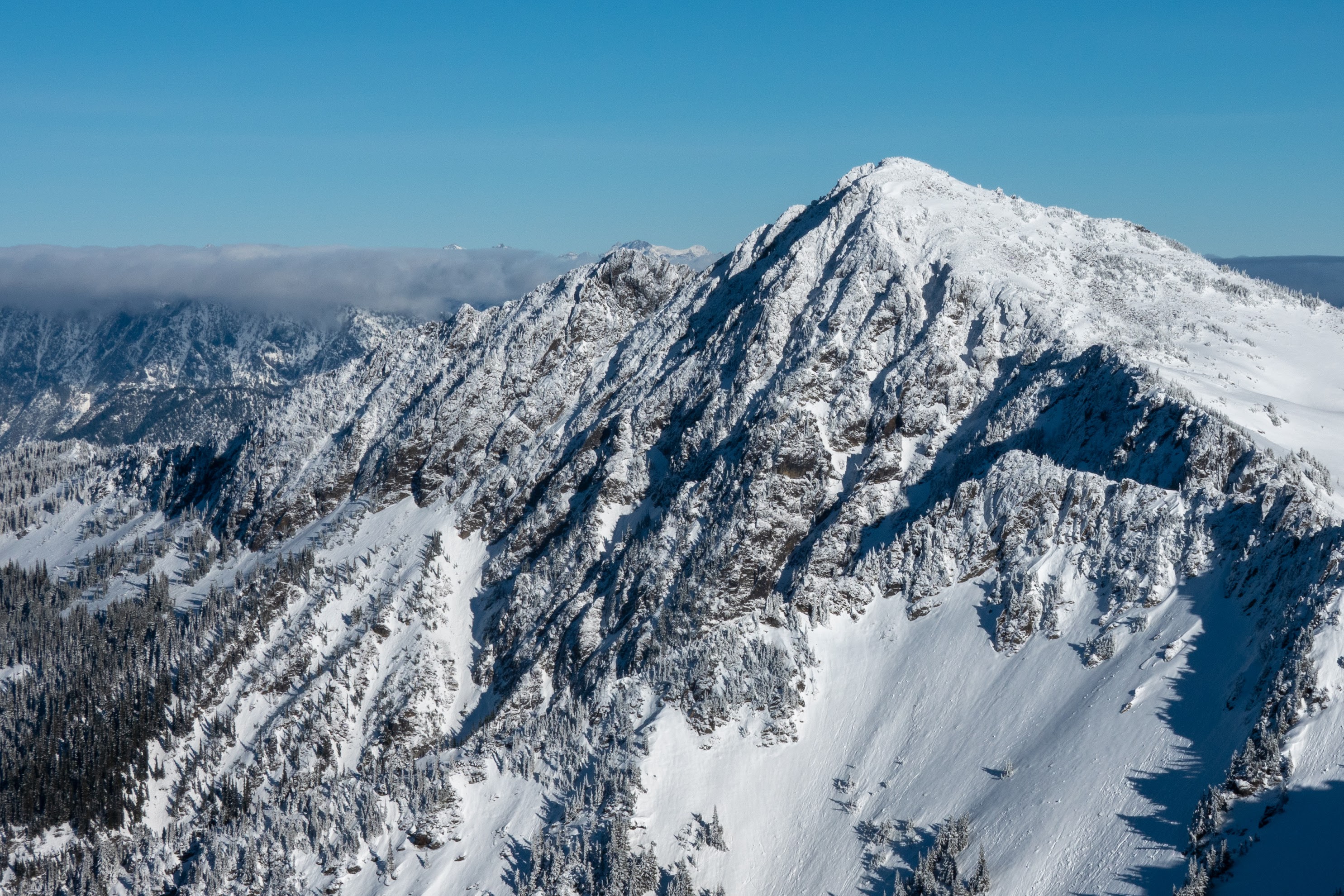 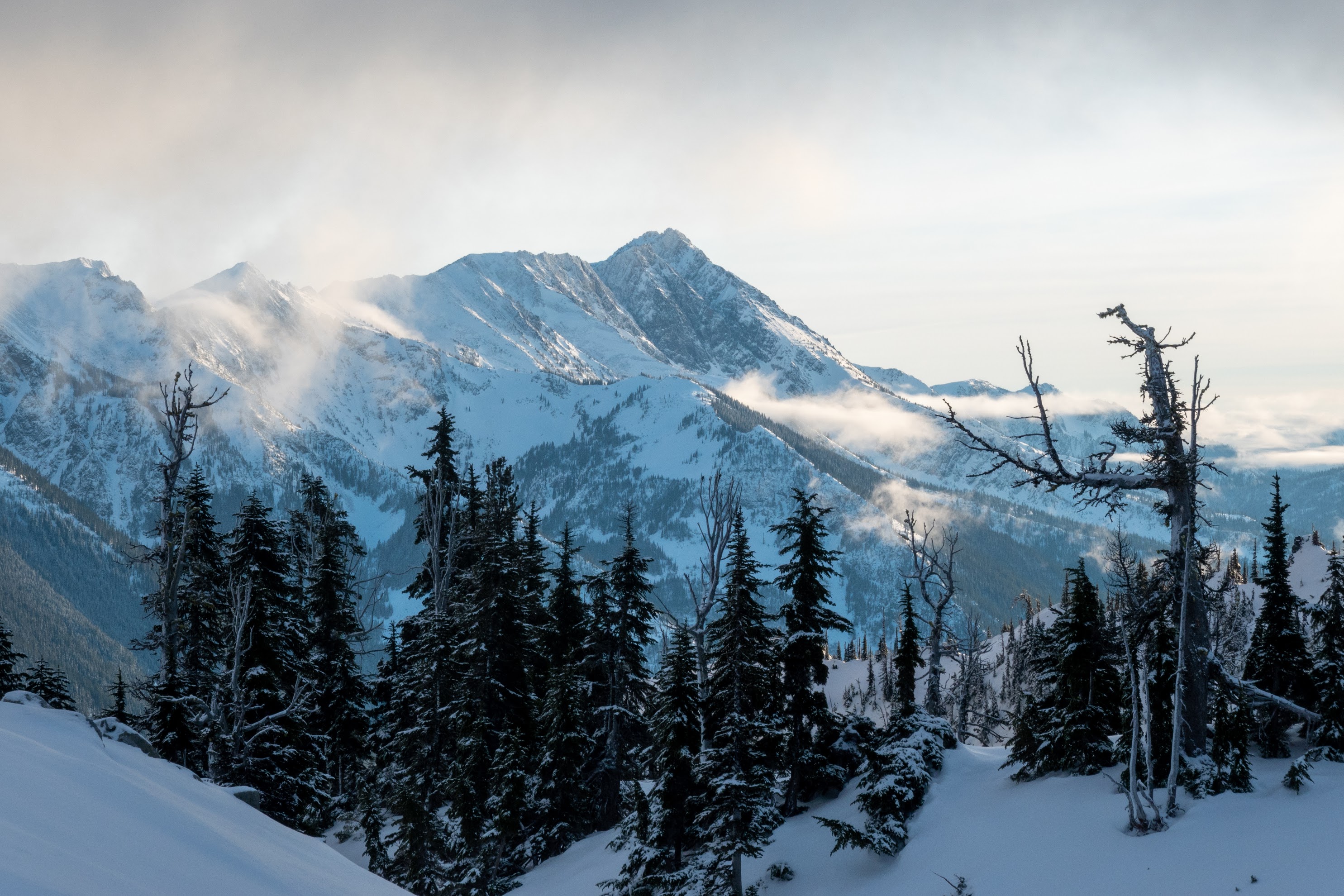 Saw your tracks down the N Couloir, nice day. 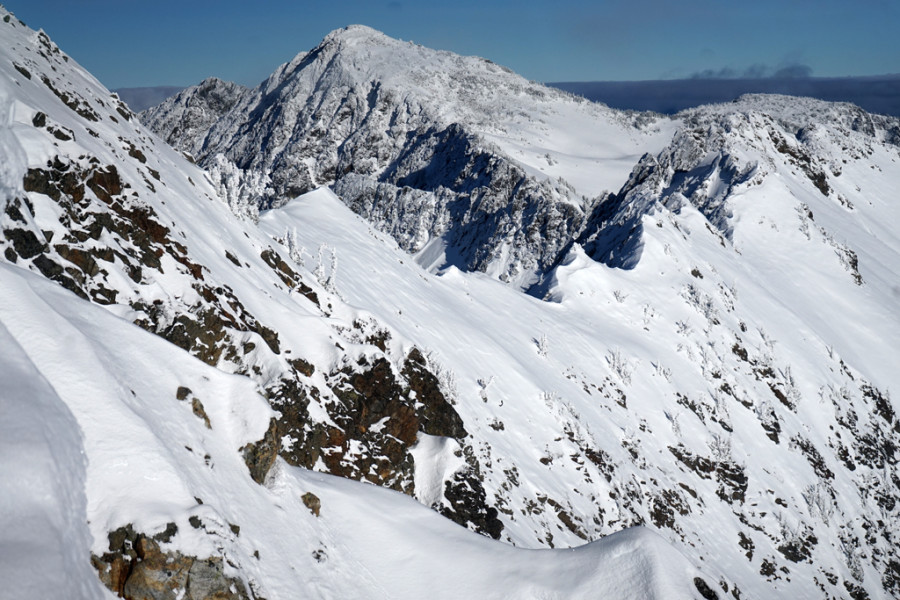 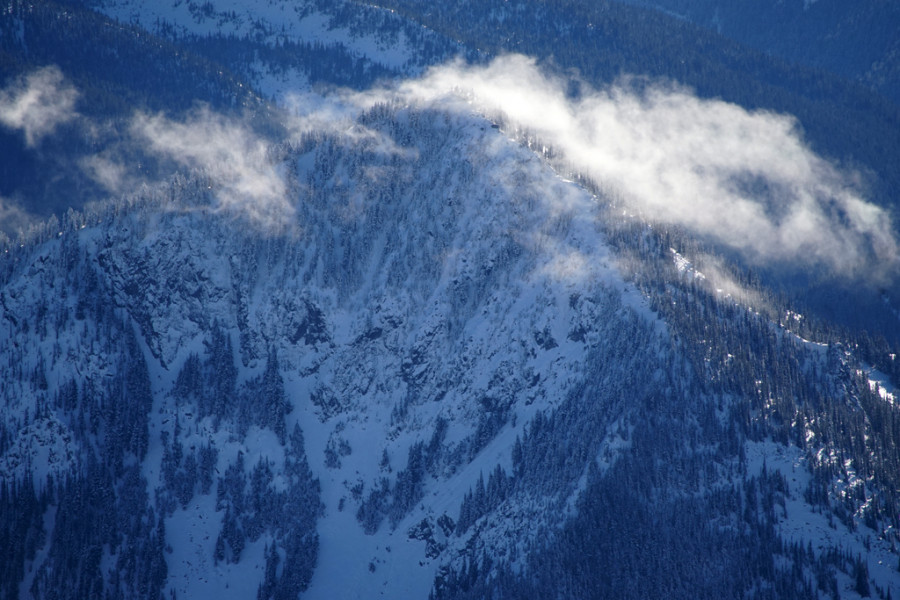 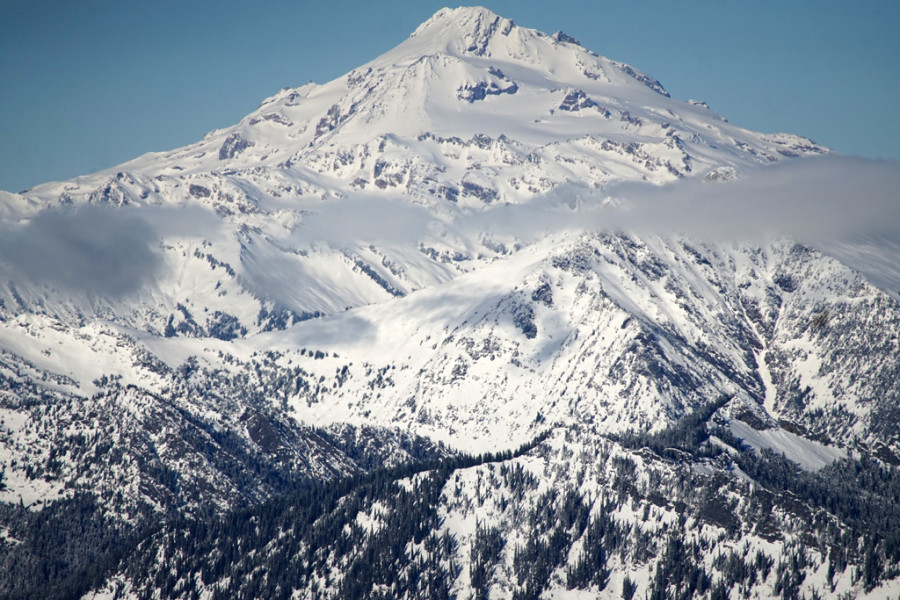 Nice photos!  What are you shooting with?

I'm using a Sony RX100 Mark 6. It's small enough to fit in a pocket so I always have it on me. Good zoom for scoping lines, pop-up viewfinder for shooting in bright conditions, 4K video. It's not very good in low light but that isn't usually an issue when skiing. The batteries don't last long when shooting video but they are small so it's easy to keep a few spares warm in a pocket.

Curious what Govus is using as well.