With the new snow in the region and the elevated avalanche forecast, we headed up to Steven's Pass area with the vague notion of wanting to ski (snowboard) some slopes with abundant tree protection. We got a late start to the day due to some of our party over sleeping their alarms. After a quick breakfast at Sultan Bakery, we rolled into the Steven's Pass area around 9 am. The parking situation at Yodelin was already a nightmare (think Walmart on Black Friday) so we kept driving Eastward with the idea of perhaps doing Lanham Tree area. However, the Nordic center parking lot was not ploughed and we were less than stoked with the approach (concerns with the lake being frozen). We ended up finding parking on the shoulder near the Cascade RR Tunnel - East Portal where 3 other cars were already parked I had previously downloaded a tour of Arrowhead Mountain: https://caltopo.com/m/8S3S and we decided we should scope out the area. Last year we had one of our best tours on Jim Hill and thought this unchartered (for us) area could be another gem of the area. We knew we wouldn't be able to complete the full tour due to needing to be back in the city for a holiday party, but thought we could get some solid turns. We put in the skin track and followed the Caltopo tour as closely as possible. The descent was arduous due to the tight tree spacing and the hidden obstacles in the few open areas (logs, branches and stumps) we found. It took us 2 hours to descend, and although we got a handful of solid turns, this is an area I don't think we need to return to. 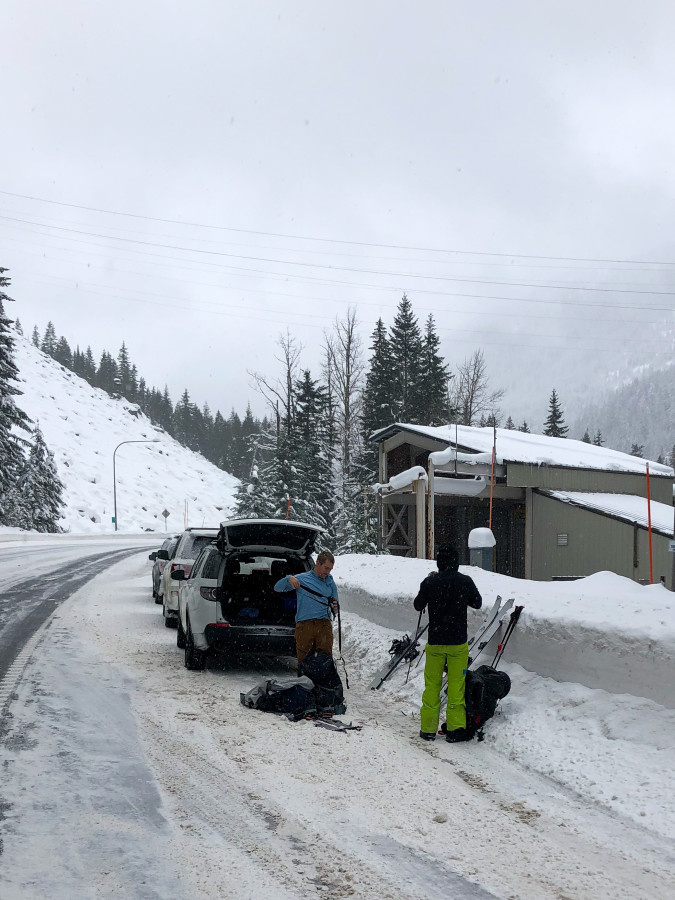 Putting in the Skin Track 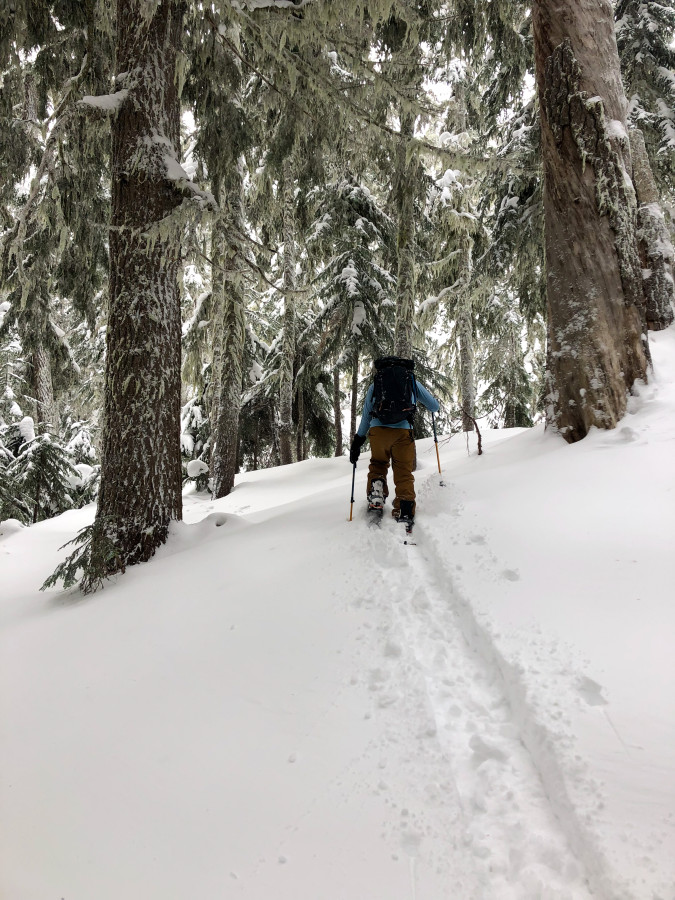 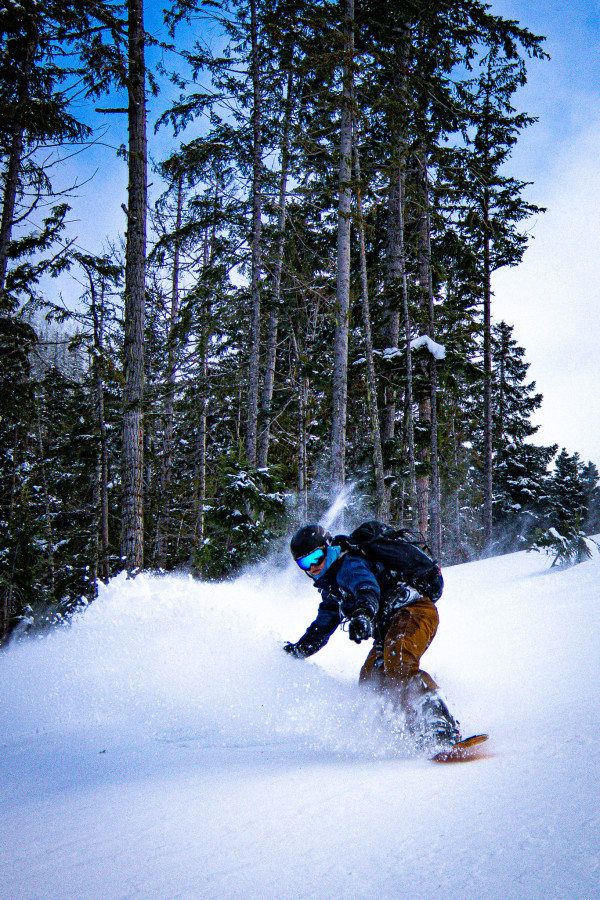 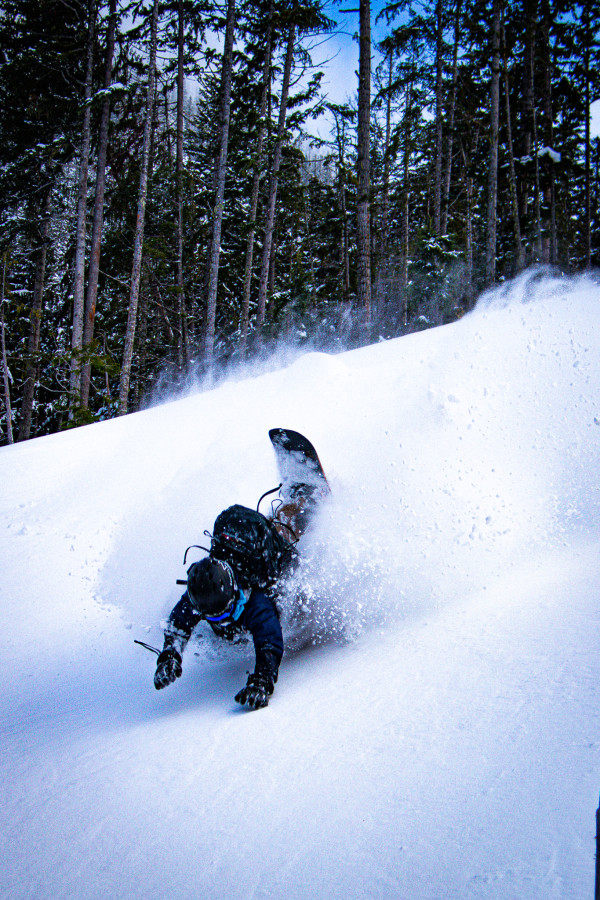 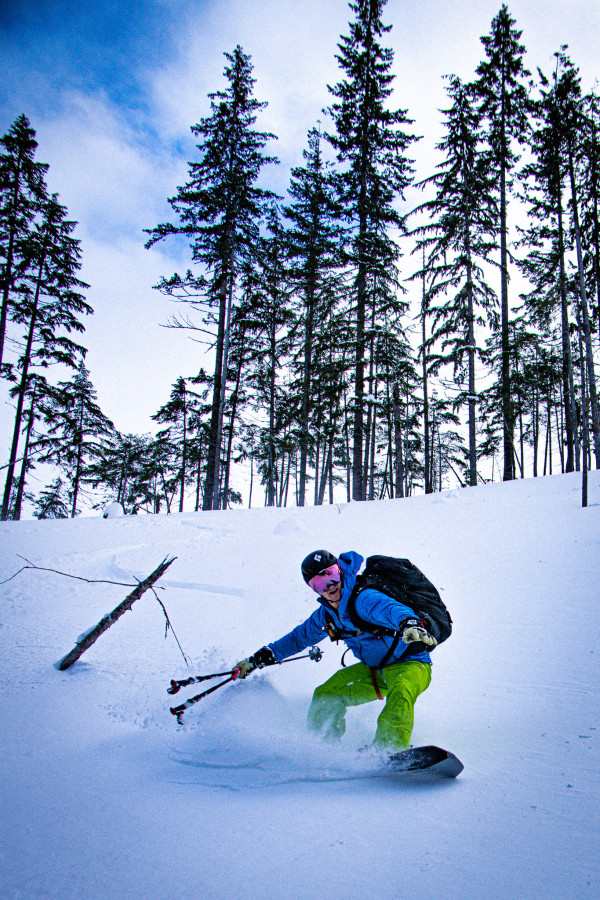 Thank you for the report. I have a quick Q for you, how do you search CalTopo for trip reports?  I've found the scrolling down takes forever and is completely limited to the whim "titleling" by the reporter.  I must be missing something.

"this is an area I don't think we need to return to"  Really?  As you learn the area I doubt you'll ever get stuck in the tight trees again, unless parking at Ventilator is either full or prohibited.  When parking east of the railroad overpass the tight trees are kinda a nightmare not to repeat.  There's a lot of terrain up there with the advantage of a favorable aspect, being south of the Hwy.

I go to Caltopo and turn on the "Shared CalTopo Maps".

And you are right, just need to pick the pine needles out of my teeth and then might be up for exploring that area again and when we have more time. 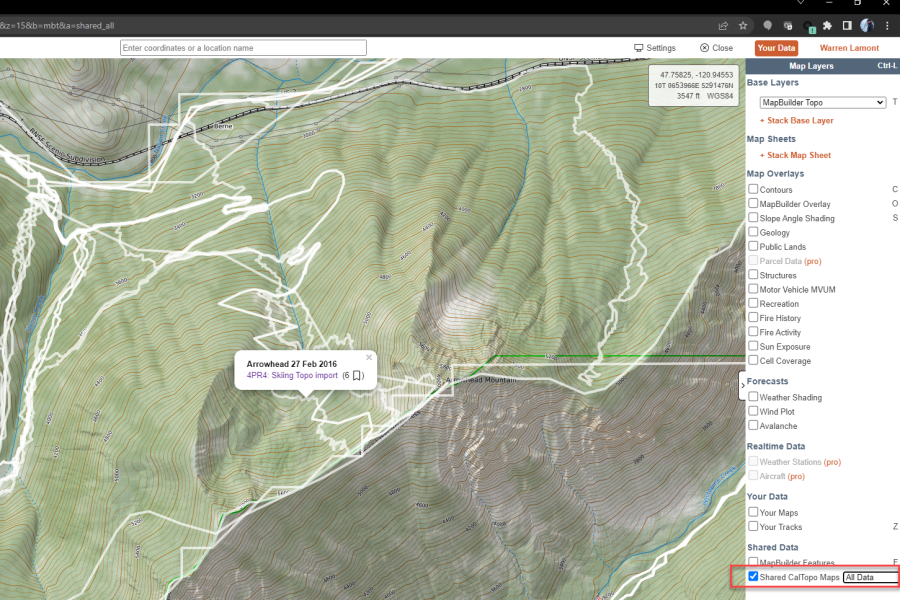 Wow, someone even uploaded the NE trees.  I'll check out the "shared maps".  Thanks!

Hmm, there's a lot more lines on your attached map than I seem to be able to bring up on CT.  I chose "all data"   Oh well, just curious.

Thanks for the report. What was the snow quality? The snow looks a little heavy in the uptrack photo.

I've been to Arrowhead a couple of times in the past decade. It looks like you didn't get high enough to ski the best area. There is nice open terrain from the summit down to 5250'. CalTopo shows the slope angle as 30*-34*, so a little steeper than recommended last weekend.

Thanks for mentioning the "Shared Maps" feature. I didn't know about it. When I used it for Arrowhead, it displayed several tracks and I could highlight individual ones by hovering over it. Nice.

I love the photos, especially the "Shark Attack!" photo. Great shot. I know the feeling very well. We encountered a "snow snake" (they're always white, right?) at Mt Baker Herman Saddle on Sunday. The snow at Baker was a little heavy, but very enjoyable overall. Only one small area was so sticky that it stopped us dead as we were sliding into position for the next descent.

And thanks for the link to your Jim Hill map. I've never been there but I'd love to go. The bowl looks so inviting, but the consequences of an avalanche look potentially bad.

I always enjoy your posts. Thanks and carry on.