I initially wanted to climb Mt Hood the Friday before Memorial Day, but was scared off by reports of high winds and low visibility. Instead, I took a little road trip up to the North Cascades and got 2 tours out of it to make the massive fuel bill worth it.

Saturday 5/28: Did the classic Birthday Loop. Left a car down by the impressively tall snow wall just east of Liberty Bell and started skinning the Blue Lake trailhead around 9.30AM. Snow on the north side was fantastic quality, and steps up the last booter under cornice peak (aptly named) were firm and confidence-inspiring. Snow into Copper Creek was 500 feet of excellence, and increasingly sloppy as we descended under warm May sun. Skin up the copper benchmark was easy and well-set, with a similar story on the descent down into Early Winters creek. Car-to-car skiable with some awesome views and nice mild weather.

Sunday 5/29: Got a reasonable start up towards Silver Star from the sno park at around 7AM. This creek basin had a recent burn, so the dubious climbers trail was obscured by numerous blowdowns, and ankle-twisting scree fields. Was able to start skinning around 5000 feet, and the snow quality progressively improved as we climbed. Saw a party of climbers disappear into the clouds above us on the glacier, but we stopped once the visibility dropped to zero around 7600-7800. Had a Swiss Alps-like experience skiing the pristine and wintery glacier snowpack under towering rock walls, albeit without the Swiss Alps-like experience of convenient Apres at the bottom. Overall a solid weekend, and inspiration for further tours along HWY 20 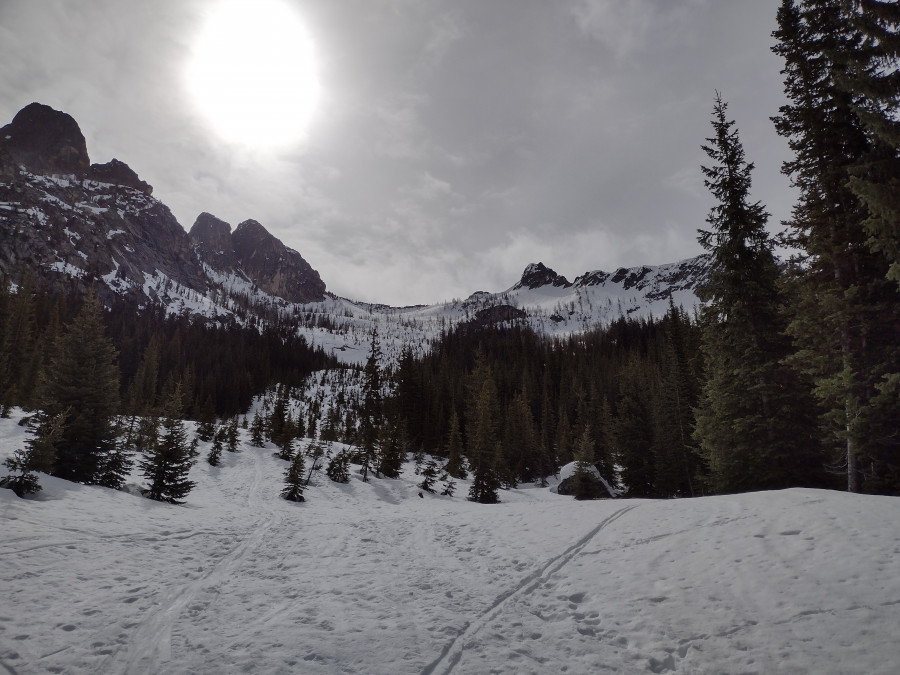 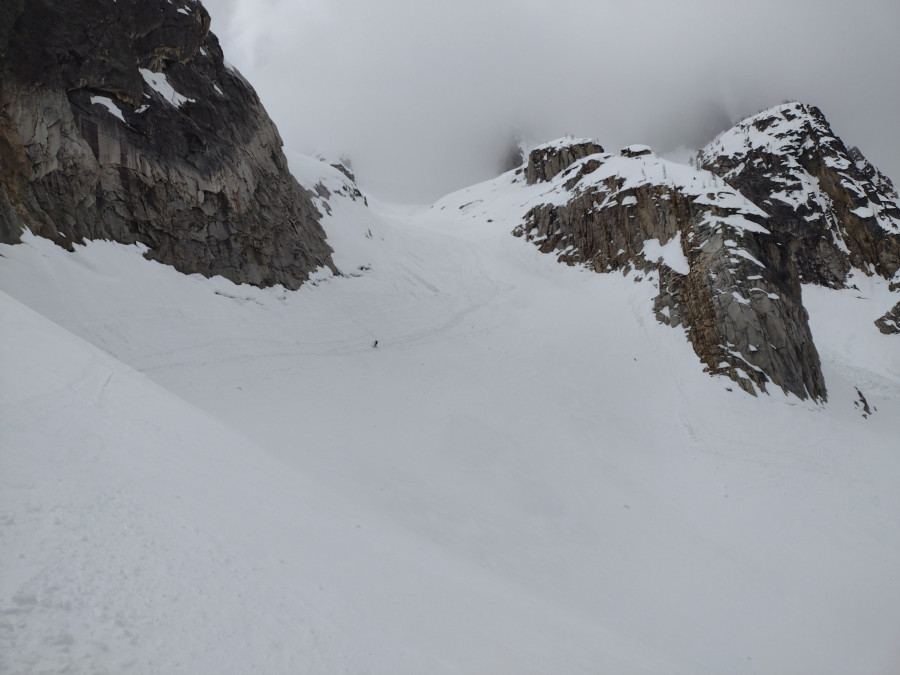