Did a solo to Muir yesterday.   Several guided climbing groups, a few other climbers, one hiker, and a handful of skiers and boarders were out.  They had new about 4 inches of freshies recently, which was a treat.  It was awesome sking, one skier I saw was just ripping it.  He probably finished a couple beers by the time I got to the lot.

Above Pan Point I veered left and dropped into the basin to exit via Golden Gate, fresh turns all the way.   Skiing was good until the sunny Edith Creek Basin, and then it was way sluggy.

FYI - some small slide debris in the Nisqually Chute but it still looks solid all the way to the bridge. 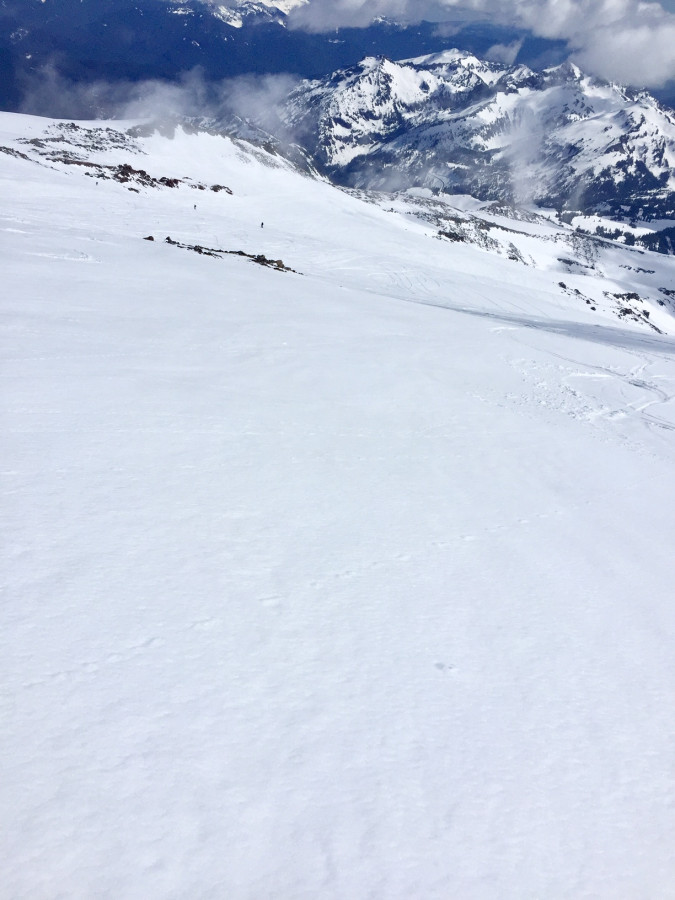 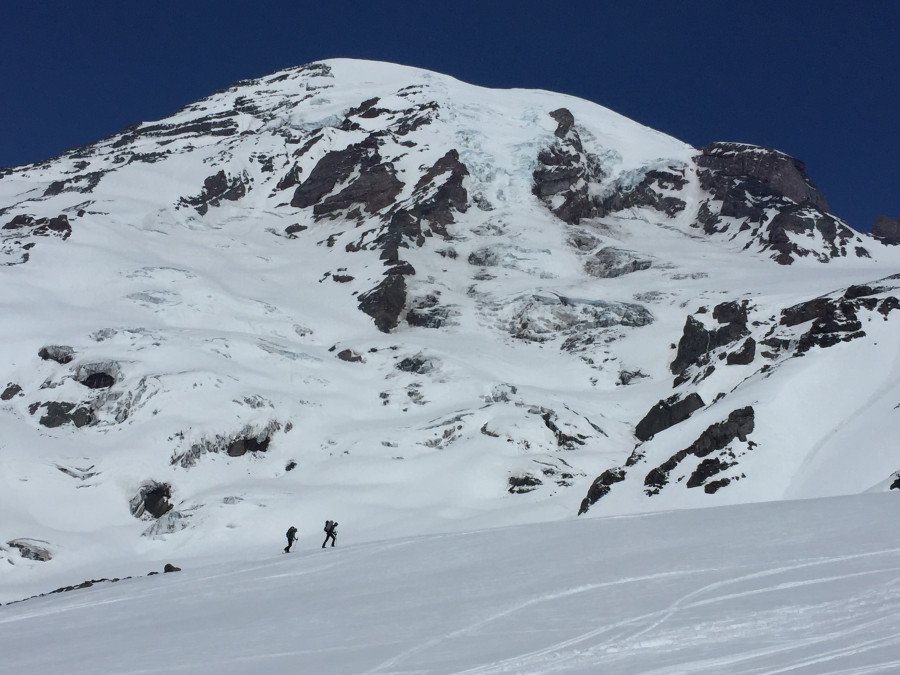 Nice. What time did you head back down? Thinking of the same route tomorrow. With temps, looks like may bit a bit more slush down low.