FOUND! HYPERLITE POUCH WITH SOME SORT OF BINDINGS (?). On worm flows descent, in a gully skiers left of route proper. Let me know if they're yours because I have no clue what to do with them!

Phenomenal day! Snow starts 1.1 miles from parking lot. Hard packed snow and or ice up to the summit with some wind blown pockets of powder. Probably 70% of the skiers booted to the top and a few, with ski crampons, cruised up on their skins. I left my skipons in the car, tried skinning anyways and failed. Joy.

From the top of the route at the rim, we traverses skiers left in pursuit of the wind blown powder we had been catching glimpses of. We found a gully about 300 feet over to the left that granted us about 1200' vert of blissful powder skiing. After that, we harvested corn until we skied into a ping pong ball and could see, well, that stuff inside ping pong balls. Skiing became objective based sliding on luscious corn and eventually we dropped out of the cloud and hooked up to the hot wheels track. From here we shot down the ice luge track through the trees at mach 4, with a few bits of mandatory air, and dry skied for a hot second before accepting the fun was done.

👍👍 Would recommend the send.

Stoked even before the pow! 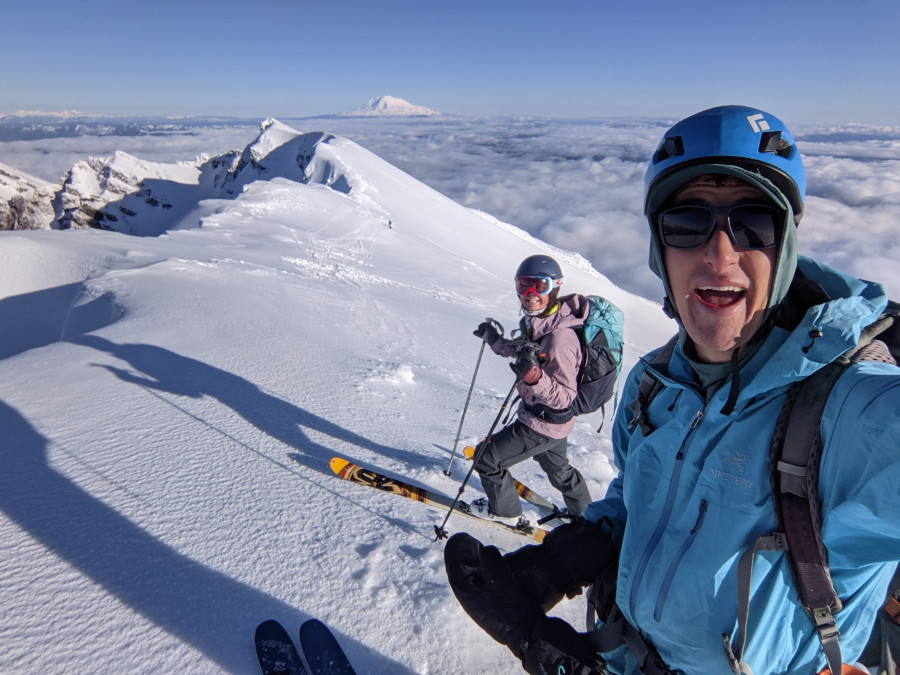 Great write up. So nothing to report on the road or parking lot?

Road and parking lot were completely snow/ice free. the road had a few big potholes, but nothing to slow down about.

tech crampons both AT boot toes?