Skied the CD route in a long day. Wasn’t sure that I could pull it off in my advanced age but it somehow worked... We parked at 3.2k about 3/4 mile from TH but one can drive closer now. The route is in great condition. The trail in the woods is mostly snow with short bare sections. We took the rope but didn’t use it as the crevices are well filled. I  used ski crampons in the morning, bare boots up Roman Wall   The amazing thing was that Roman Wall had sort of powder snow from the storm a few days before! We had some shenanigans on the way back and skied down way too late but the snow was still great corn for the most part. A little sticky in some sun baked places but for a guy from Boston who usually skies crap snow at home? Snow quality couldn’t  be much better! Lots of people on the route- not quite wilderness experience, but it’s an amazing place! 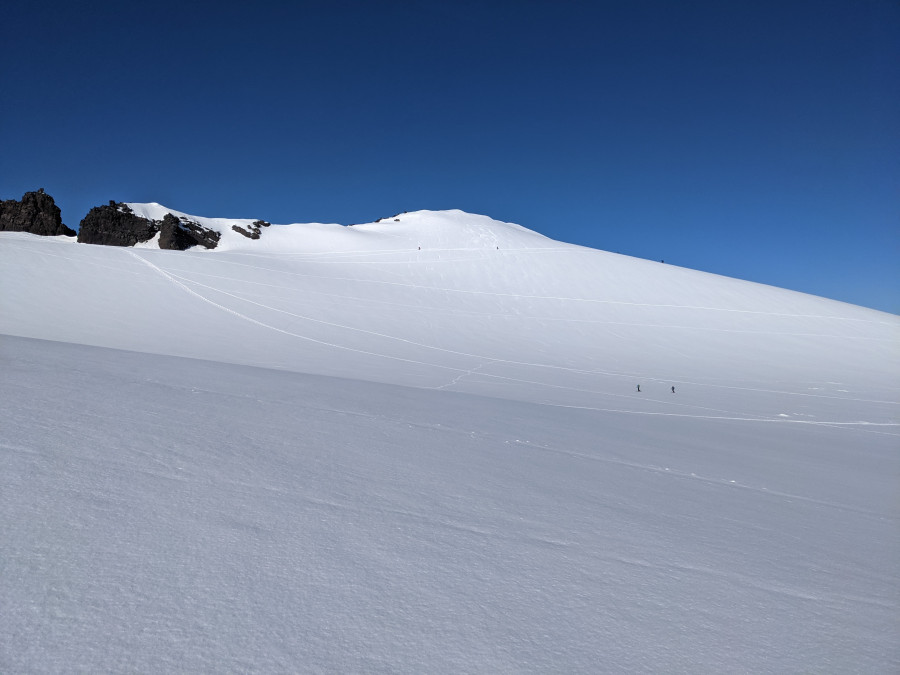 Nice work!  Any idea if Grouse Creek descent is still in?

Sorry for delayed reply. Some people went up Grouse Creek on the day of our climb and I think it was still in for the descent. It was still a lot of snow on our trail. It's been quite warm lately so I don't know how it is now.