You can see McClellan Butte from North Bend, and every single time you drive down from the pass (clouds permitting) you look straight at the NE Couloir on McClellan. It stares right at you...taunting you...for the day that you give it a try. McClellan's NE Couloir is rarely in good shape...maybe 1x/year max normally. It's often filled with chunky avalanche debris or is hardpack snow/ice. Once (or maybe twice) per year, a low elevation snow storm rolls through and dumps stable, soft snow.

This time, we got that in April... I had just flown back home the night before from a trip in Alaska and was exhausted from a few days of skiing up north. But when I saw my buddy Nick Murad's Strava post from the NE Couloir, I knew I had to dig up the energy to get it in. The booter was in! Nick had done the hard work for us commonfolk... I texted Steve, Kaytlyn, and Anthony and we made a plan to head up after work in the early afternoon to snag it while it stayed cold.

We hopped in Anthony's truck and made the bumpy drive up from exit 38 towards USFS 9020. The road was rough and dumpy, but with Anthony's high clearance truck we were able to make it to the powerlines on USFS 9021. We threw on skins and began the short skin to the base of the couloir. We could tell there was a group ahead of us, as the tracks laid down were fresh. 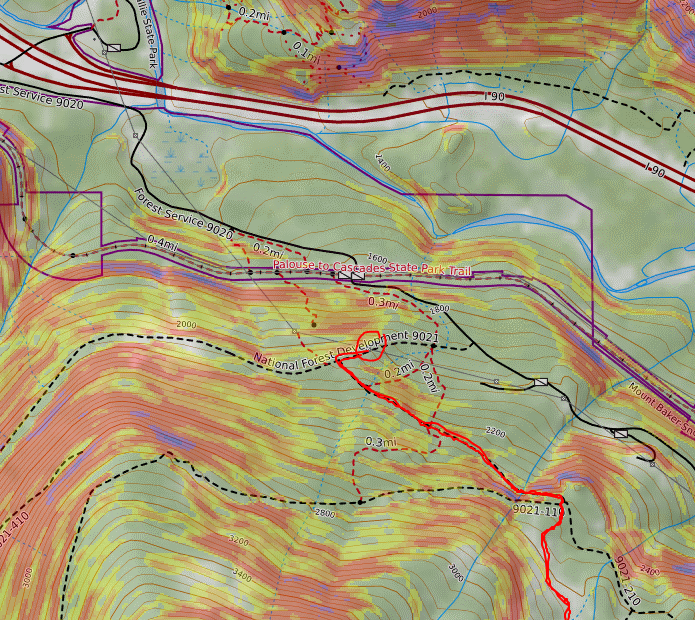 With a high clearance truck we were able to make it to the red circle. The snow was wet on the road skin but got better as we turned the corner towards the base of the couloir. The group ahead of us had taken the skinner into the couloir a bit, as the snow was deep and booting would have been more like swimming. Before long, we were in the booter. I went first and tried to compact down steps for the rest of the group, but they still sank down at times. 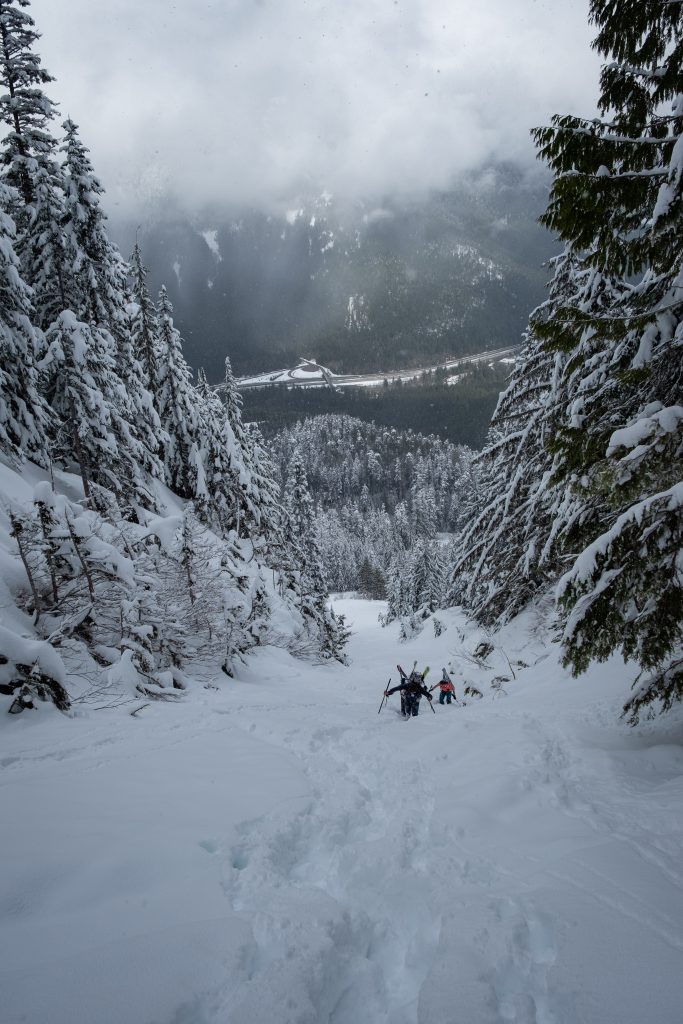 The booter up the couloir was quite pleasant with overhead clouds and no wind. We were in baselayers just chatting, hanging out.

Near the top we saw a party of 2 snowboarders transitioning...perfect timing! We were concerned for a second about them dropping on top of us while we booted up, but we exited the booter just as they started their transition. The snow was deep, good, and stable. Man this was going to be special! I grabbed a few pics of the snowboarders dropping in before us... 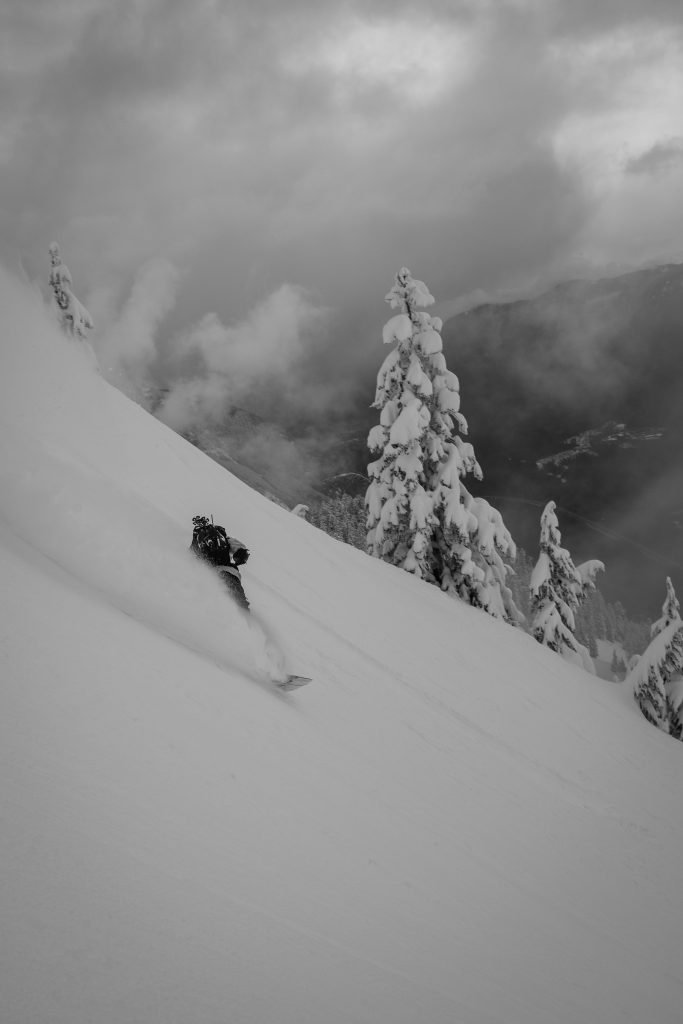 I was given the pleasure of dropping first so that I could grab pictures of the rest of the crew. WOOOO...I got a few face shots on the way down to my photo spot! 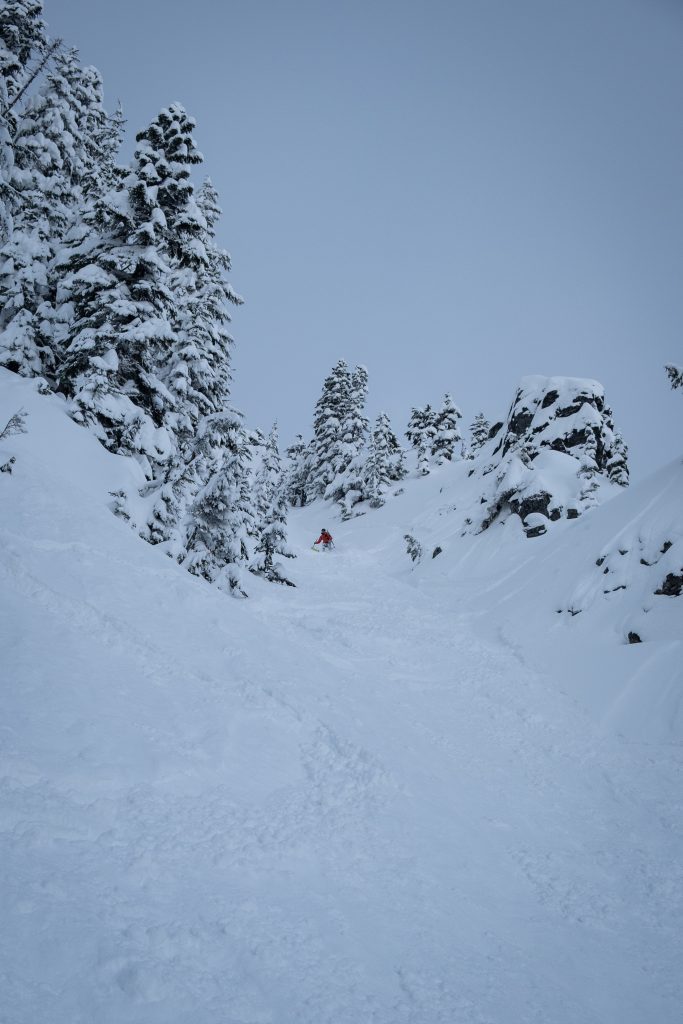 Anthony coming down the couloir. Even though we didn't get 'fresh' first tracks, it still felt amazing! 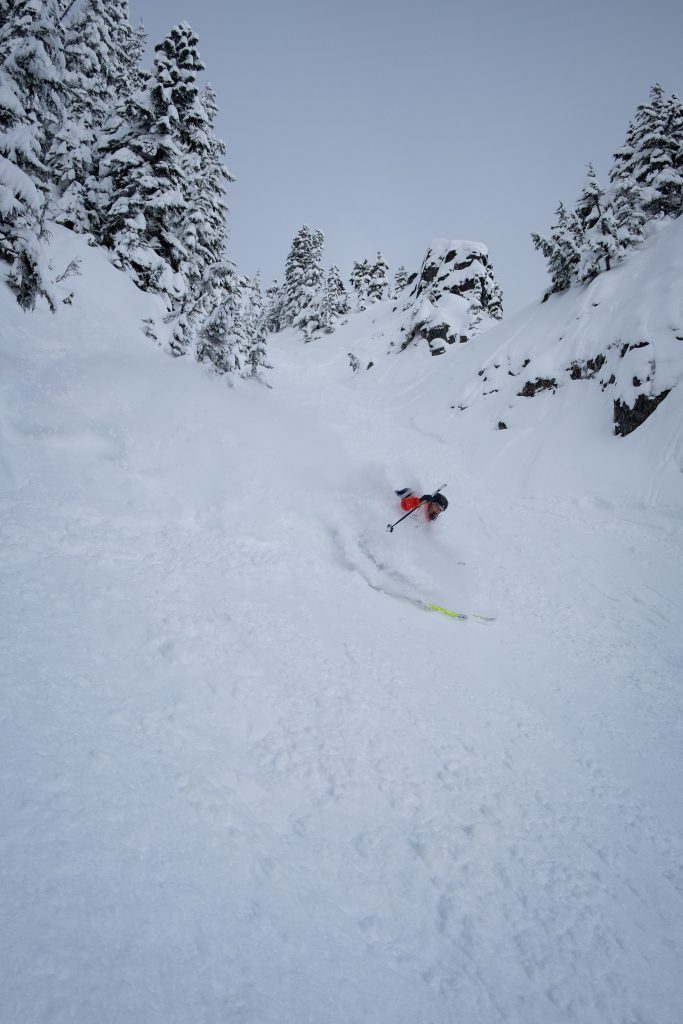 Anthony getting pitted! Steve broke the heel pins on his binding, so it was 'tele' skiing for him! No worries though...as he said he couldn't tell the difference. I'll take his word for it. Kaytlyn and Steve and I party skied the rest of the couloir in proper style, face-shot after face-shot! 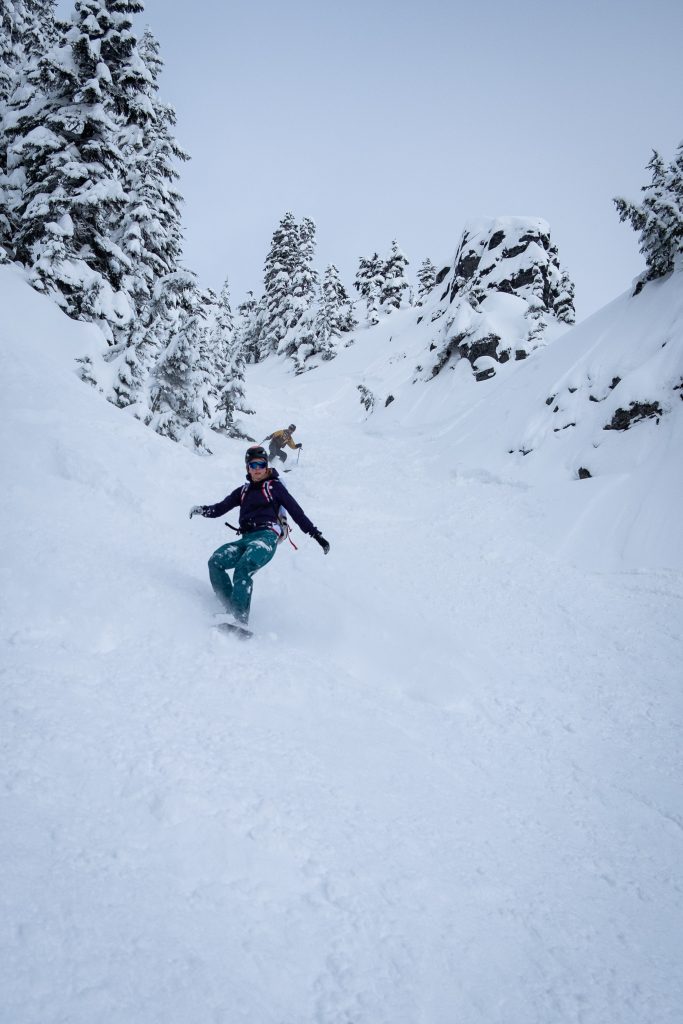 KG ripping down the couloir! The position of the line was super fun...looking down at I-90 as we skied waist deep pow... 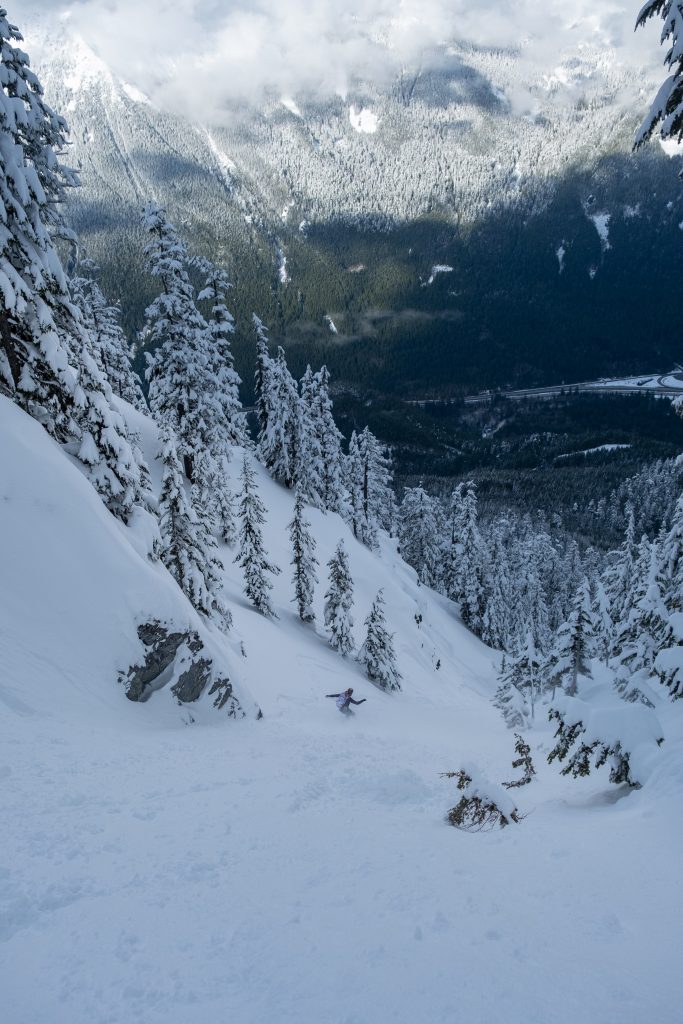 KG skiing down towards I-90. We exited out our skin track and were back at the car within 2.5 hours. Whew! Got er' done.