Worked late so didn’t start until 7pm. I hiked through the trees and reached the open snowfield (around 3,000 ft.) at the base of the chute before dark.

I boot packed up with my crummy 250 lumen headlamp. I probably could’ve skinned them route but I’m a mule and enjoy heavy backpack loads. The snow was surprisingly fluffy but firm. My boots sank ankle deep with the occasional spot up to my knees. There were a few scratchy patches but brittle enough I didn’t need crampons to climb.

I’d never done this route before so The goal was to simply climb until I found a saddle. I didn’t know how high it would be but by the time I reached my drop in point, I’d climbed 2,800 ft.

I just moved here this summer from SW Washington and have only boarded the Slot, Guye, and Lundin Couliors. But this is my favorite ride so far. Even though I did it in the dark. 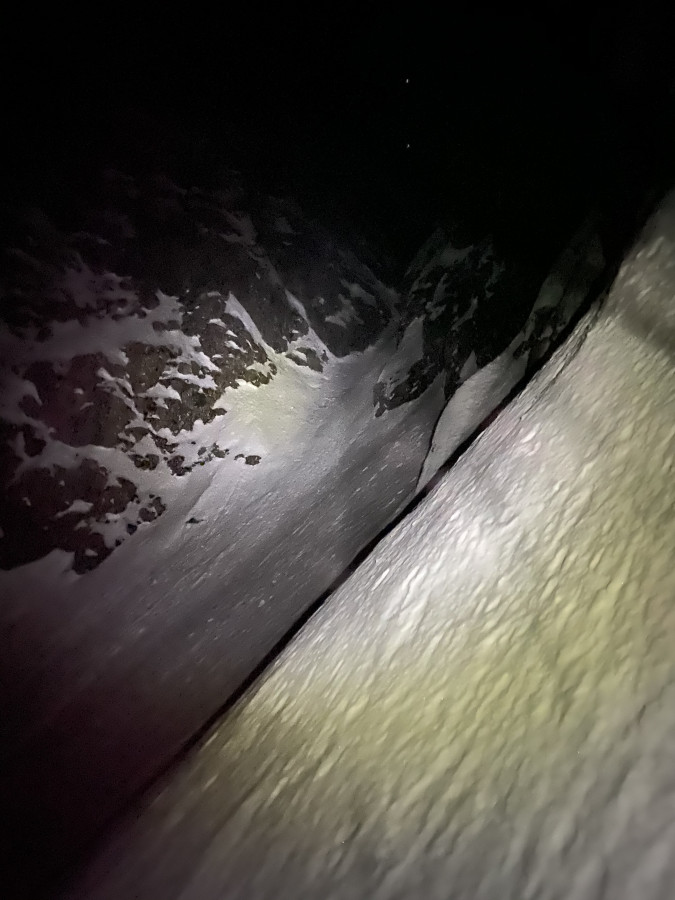 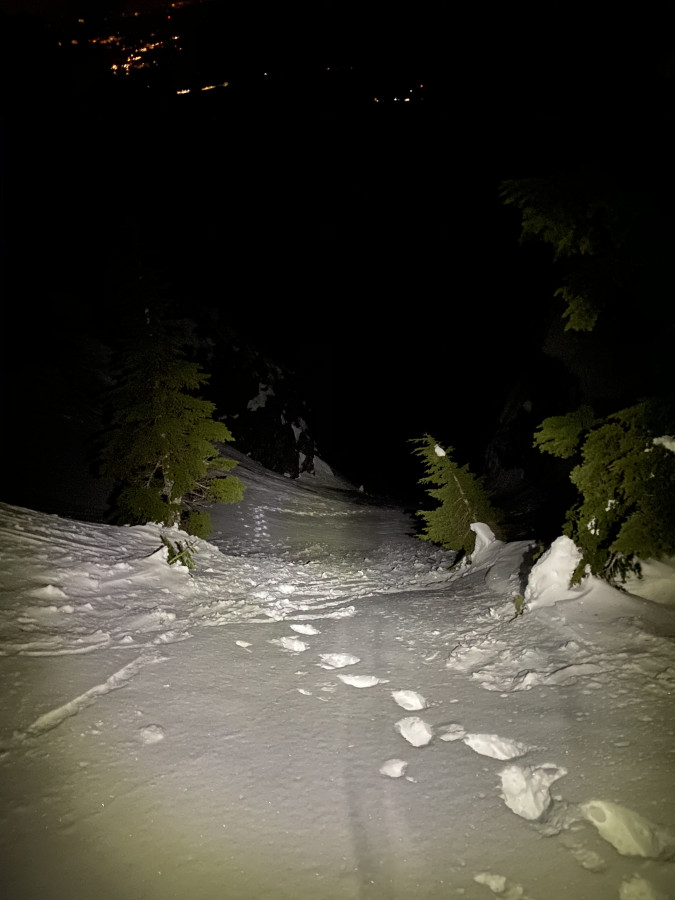 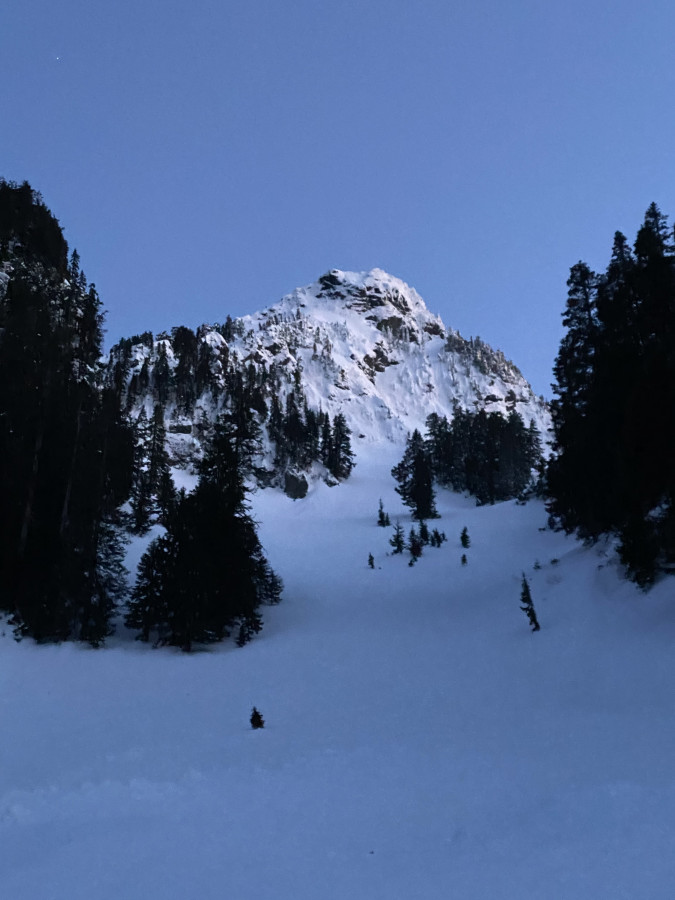 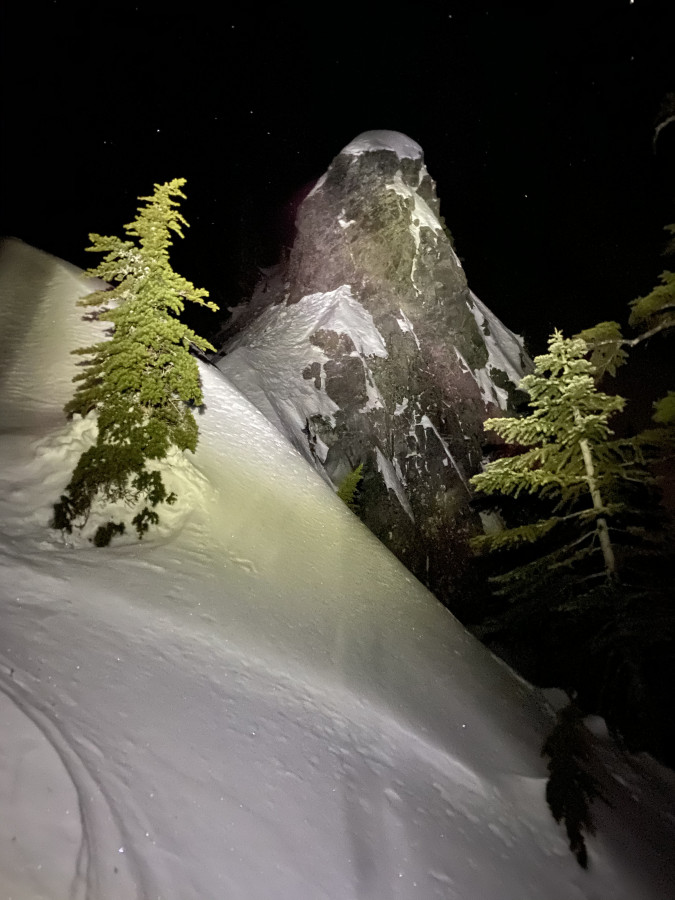 How's it holding up, and how was the descent condition? Also, what was the road/parking/approach like? I'm trying to get out there soon.

We did a similar after dark descent a couple of weeks ago from the base of the top cliff band. Tons of snow! Super fun.

Approach is hiking shoes for a few miles.

The snow firm. Few hard patches but I could edge. The road is snow covered after the power lines, but not good enough to skin on unless you like taking skis off every couple hundred yards to cross rock sections