Did a New Years day easy/fun tour with the gang on the West Slope of Mazama Ridge. Mix of off and on rain/sleet made the day wet, but had a lot of fun.

Selected Mazama Ridge area given the considerable avalanche danger forecasted for mid elevations. Originally planned to ski Mazama Ridge to Mazama Bowl then out to Reflection Lakes and back with alternatives being Alta Vista/Edith's Run depending on conditions. The ranger at longmire suggested avoiding Mazama Bowl and decent below Inspiration Saddle, so changed plans to go up to Mazama Ridge, ski along the ridge, to inspiration, then back up and down.

Arrived at a surprisingly empty Paradise parking lot shortly before 10am. Got ready with the gang and noticed some small roller balls south off the side of Valley/Paradise Rd. Took off along the road skinning along the snowshoe tracks for 1/4 mile down the road before breaking fresh trail to the start and up the Mazama Ridge Trail. Noticed crowns and recent avalanche debris below skyline ridge trail on steeper slopes not on our line (NWAC obs). Tested a small slope that was ~35-40 degrees off the road and it was stable so felt comfortable proceeding.

Skinned up deep, new/wet snow making fresh tracks through mellow terrainto the top of Mazama Ridge. Decided following the ridge line down to inspiration would be more walking than skiing, so did a few laps up and down a fun/open mellow line from the ridge down. Snow was thick, but skied like the spring (not the sticky mess at Hyak the day before). Made a kicker and did some jumps into soft, heavy snow after a beer to make it a bit interesting. Headed back a little after 2, arriving to the cars at 3 right before the rain picked up.

Was overall a great day and felt like we had the slope to ourselves. Saw 3 other groups in the area throughout the day, with another group coming down Edith's Run, but the parking lot was full of sledders and snowshoers when we got back. Got some fun mellow turns in, fun jumps, and some group members got to test run new gear.

Skinning up, crowns on steep slopes above 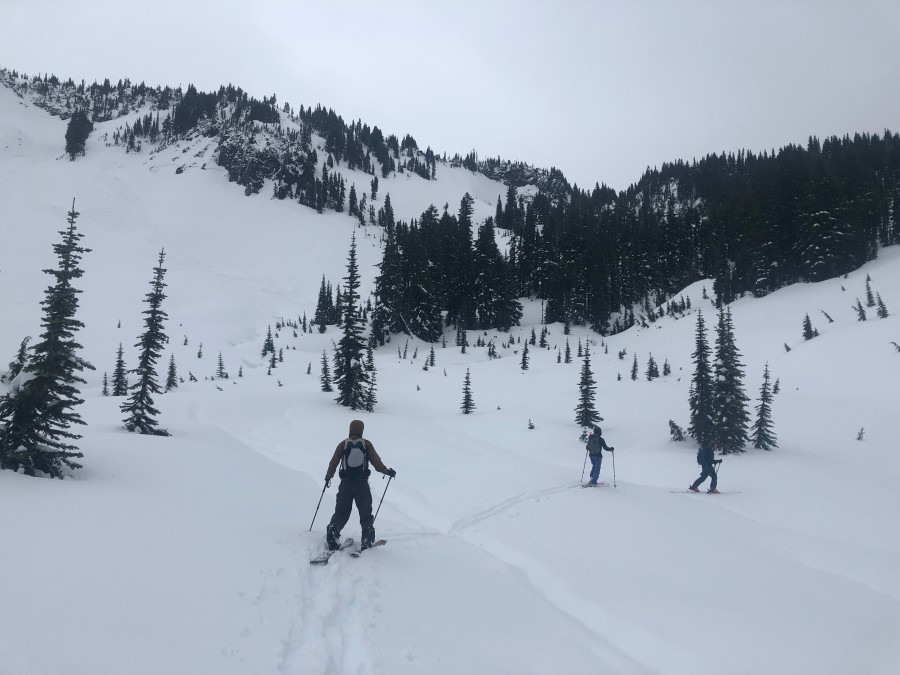 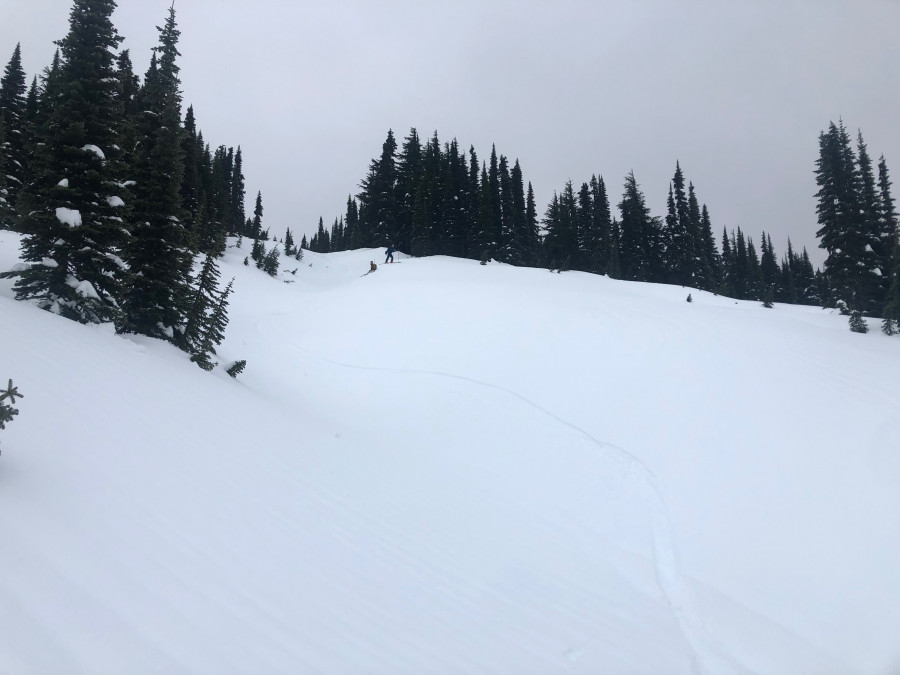 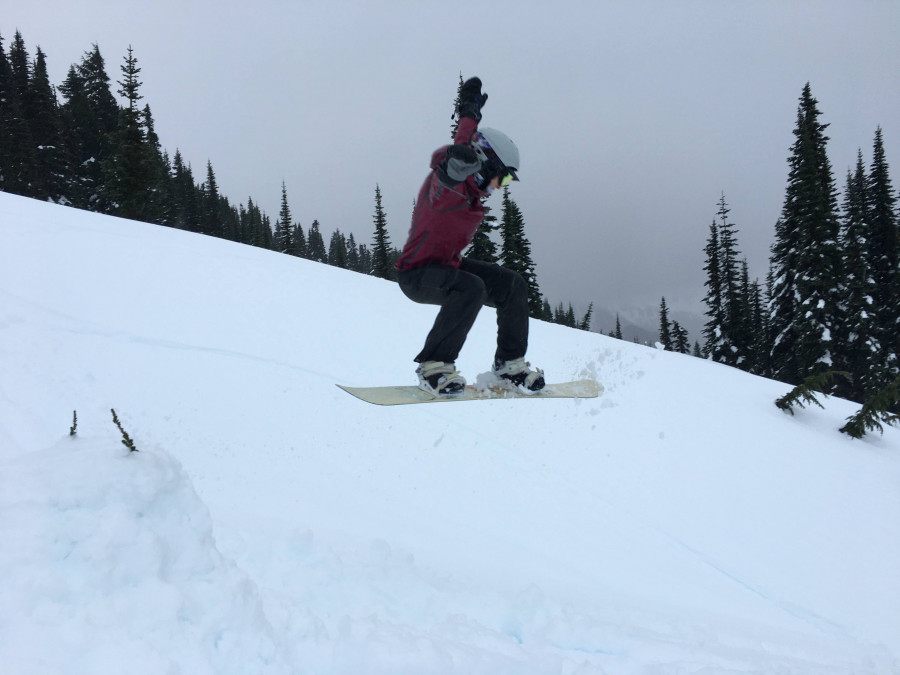 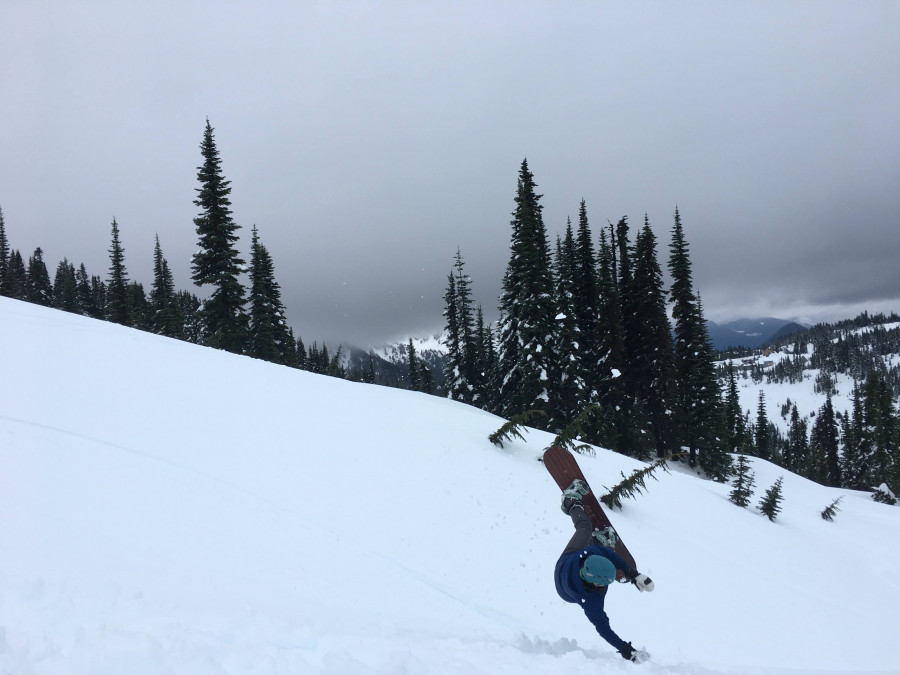 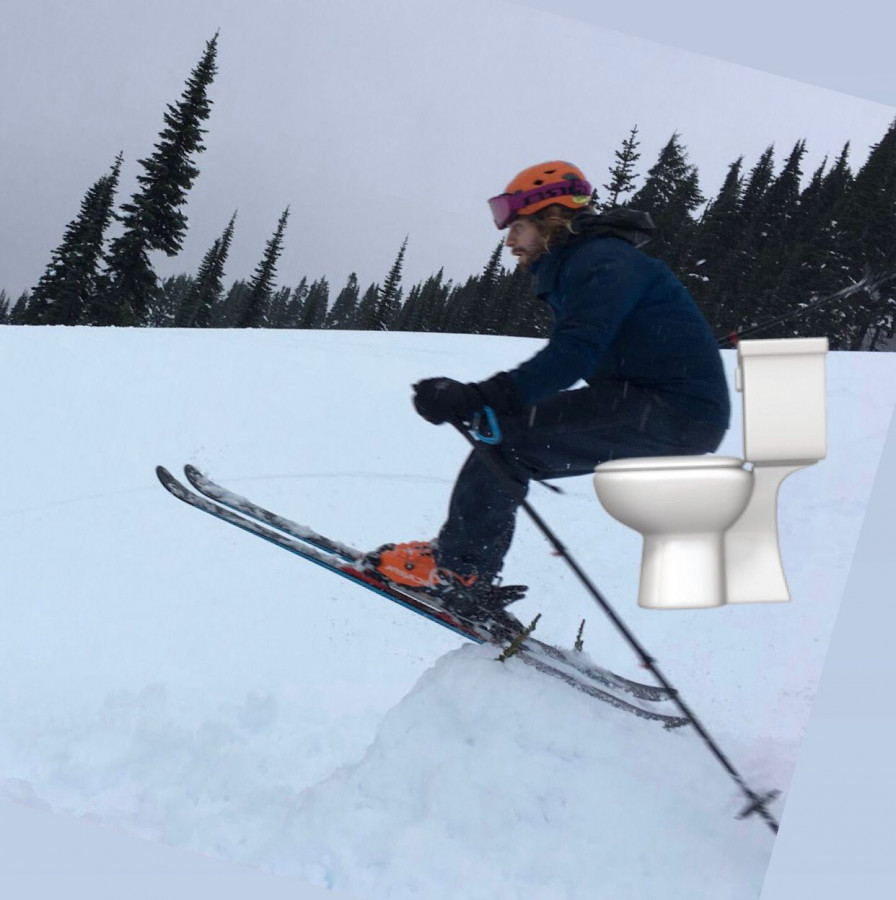 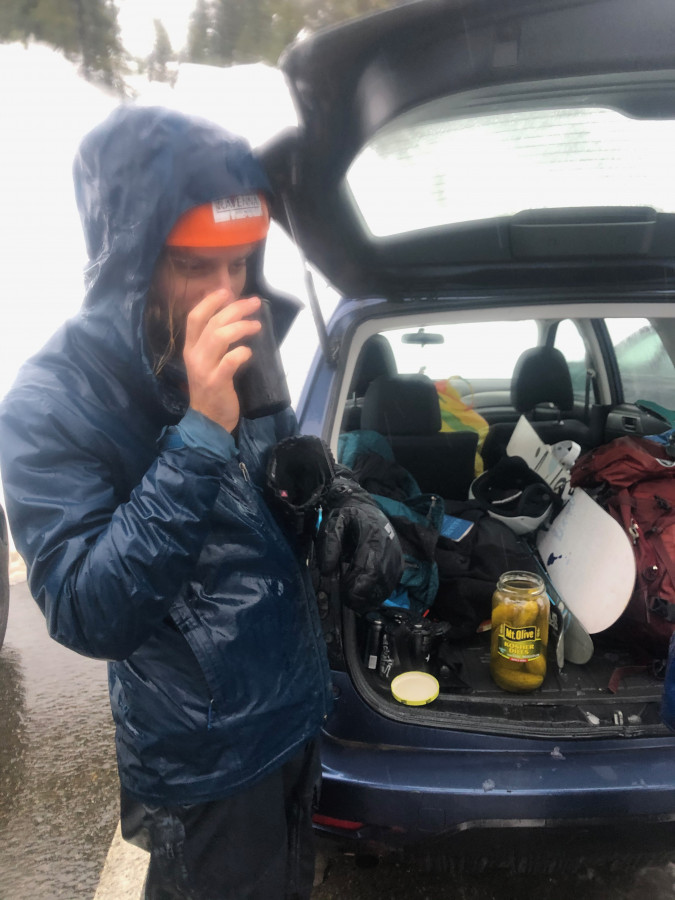 Nice thorough report, right down to the required beer for the kicker! I would need more...😄

Nice TR and photos, especially the "Taking the position" plus the "Kosher Dills".😃

The pickles make the trip! And next time I definitely need to bring more beer, some group members forgot their 11 essentials 🤦 😜