The road was impassable about a mile from the TH due to a big tree across the road. I did not have a saw to deal with it. About a mile before that, there was another one (dead) that I was able to move off the road enough to be able to scoot by.

After the tree, there were a few big but spotty patches of snow on the road until about a half-mile by road from the TH; I opted to carry my skis and took a more direct line up. The summer trail was easy to see/follow but it was easier to stay on snow and just go straight up. The snow was perfect for kicking steps.

I got to the saddle around 7 or so and the snow on that east-facing aspect was already totally baked. I'd planned to ski down to the lake, but being alone and setting off roller balls, 6"+ boot penetration, etc. I decided to mostly play it safe and not ski that aspect.

I scrambled some of the little blocks along the ridge before the actual summit, but then I just made my way back to the saddle, hung out for a few hours watching the marmots sunbathe, hearing the pikas, and feeling grateful for the Cascades..

Finally the top section warmed up enough and it was fantastic! I got lots of good corn turns in and then it was slush and avoiding debris and little rocks. 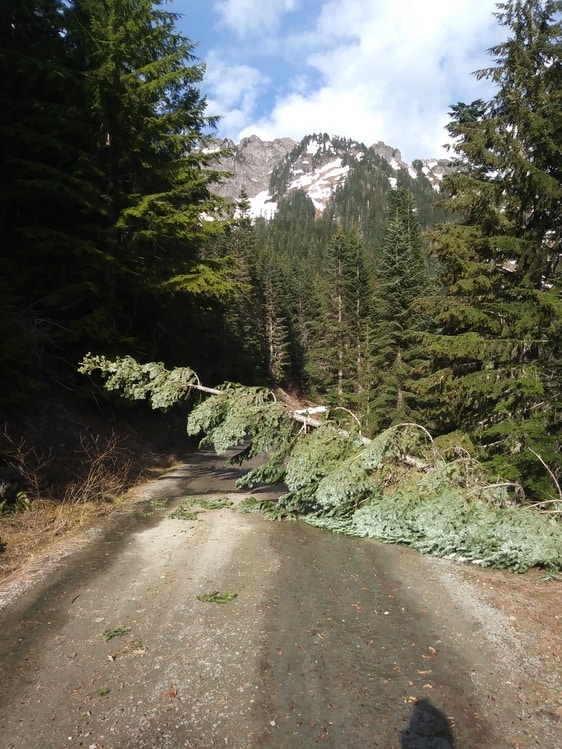 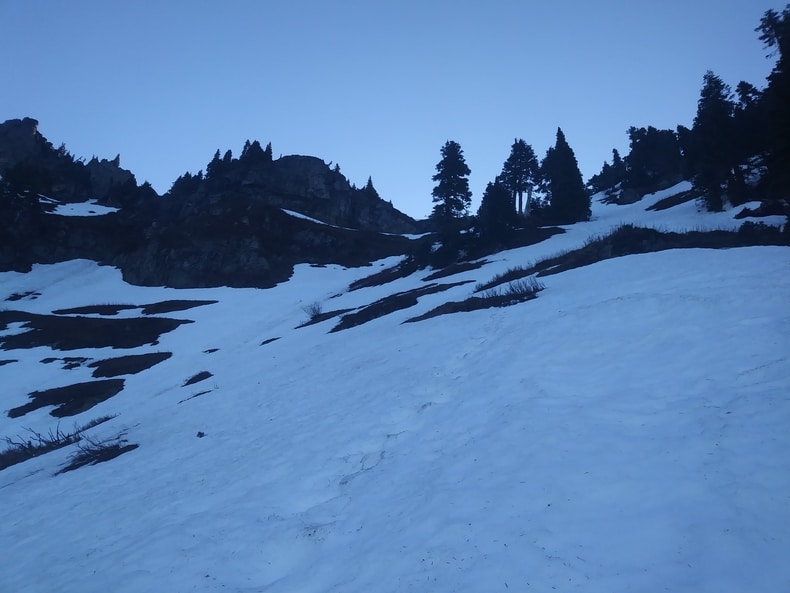 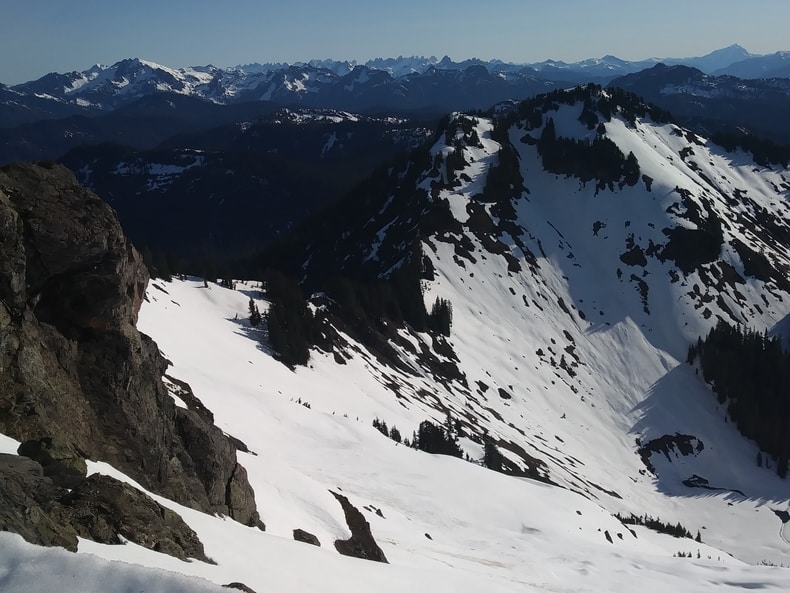 To confirm I understood correctly, you only skied the main face you climbed up from the road?  How far down was the snow continuous, and did you ascend directly from the road up the avy chutes and skip the trail entirely?  I've only been back there in the winter so just wondering how much 'shwacking is involved with less snow.
2019-05-14 14:36:53
voyageur
5/15/19 7:45am
Alisse
I only skiied the main face (i guess it's a face?) on the west side of the saddle. I did not go directly up from the road, I took the trail for roughly ten minutes from the trailhead, to the far side of the face, and then went straight up to the saddle. Basically cut the switchbacks on snow. I was able to ski from the saddle to roughly the same elevation as the lowest point of the trail. There were more dirty snow fingers that continued on a bit past that elevation, but it was all pretty slushy at that point and I guess I was feeling lazy :-) and also to clarify, I did not do any schwacking.