5/7/19
US elsewhere
858
0
Posted by Zap on 5/16/19 11:51am
The south side of the volcano at Bunny Flats is very popular and we wanted an alternative. We went a bit further to the southeast side which was quiet with no one around. Mt. Shasta Ski Park is closed and has a gate which opens at 7am and closes in the afternoon (around 3 or 4 or ??).

We arrived early and met with Coley who is the forewomen. We chatted a bit, and then read and signed a liability waiver with our approximate time for return plus our cell numbers for 'just in case' something happens. They were very nice folks. We parked near the snow pack. It started firm but was getting softer as the sun was getting higher. Our goal was the Douglas Butte with a great view of the backcountry. From our turnaround spot we could see Coyote Butte, Red Hill, Gray Butte, Green Butte Ridge, and the Beyond the Boundaries Backcountry cabin at 7000'. The Shasta Mountain Guide organization teaches some classes in this area.

The ski down was on "soft snow" with wide turns. For Jill this was an endurance run – she forgot to switch one of her boots into "ski" mode which made turning a challenge! Ah well... Next time we'll start earlier in the ski season. It has a mix of tree skiing, open slopes and steep terrain. The original Mount Shasta Ski Bowl closed in 1978 when an avalanche destroyed most of the lifts. The East and West Bowls were part of the old ski area and head up towards Shastarama Point. When they rebuilt they moved further south and created Mount Shasta Ski Park. 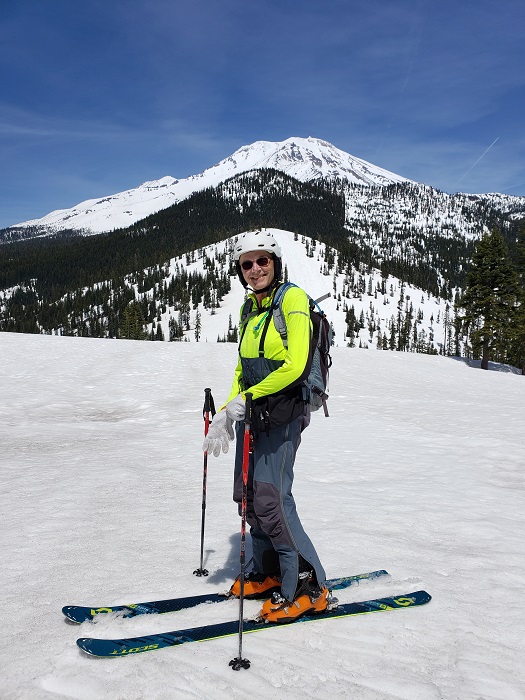 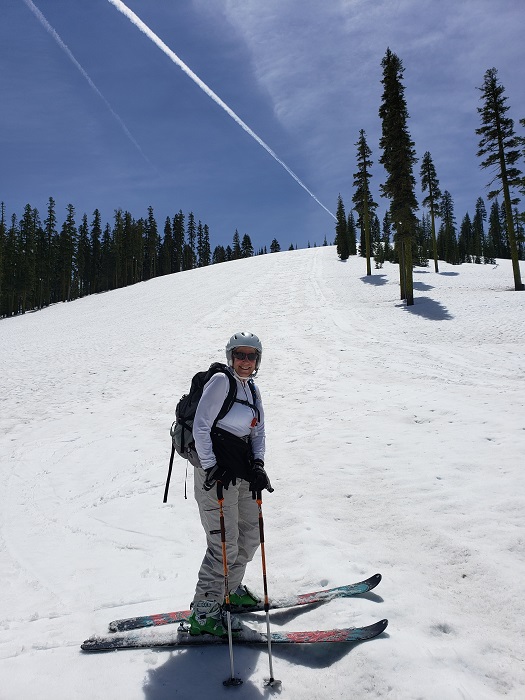