5/5/19
WA Cascades Central E
1199
0
Posted by toddball on 5/6/19 6:45am
Thanks to kamtron and Good2Go for trip reports and beta from last weekend. Nick and I went out planning to ski either Cascadian or Ulrich's, depending on coverage, and were pleased to find that Ulrich's was pretty nice.

The road is now driveable to the trailhead with a high-clearance vehicle and/or gumption. There are a number of snow patches that now all have tire tracks all the way through, and some deadfall that we dispatched with a pocket chainsaw and tow strap. The trail to Long's Pass is a little less straightforward; we managed to lose it right away at 4:30am and postholed through the woods until skiing sounded more fun. This happened pretty quickly for Nick, who had left his shoes in town and was in Tevas.

A helpful ranger camping at Long's Pass gave us the Ulrich's beta. Thanks! There is a waterfall about a third of the way up the normal route that can be circumvented on either side; he suggested the snow finger to climber's right, so that's where we went. It did involve about 50 ft of rock scrambling, which was interesting.

We followed the same route down, which skied well but did not make it all the way to the creek. Another party who was climbing up with us rode past the rock scramble and traversed around the cliff to skier's right; not sure how exactly how that went except we saw them descending to the end of the snow tongue under Ulrich's proper after we had crossed the creek. 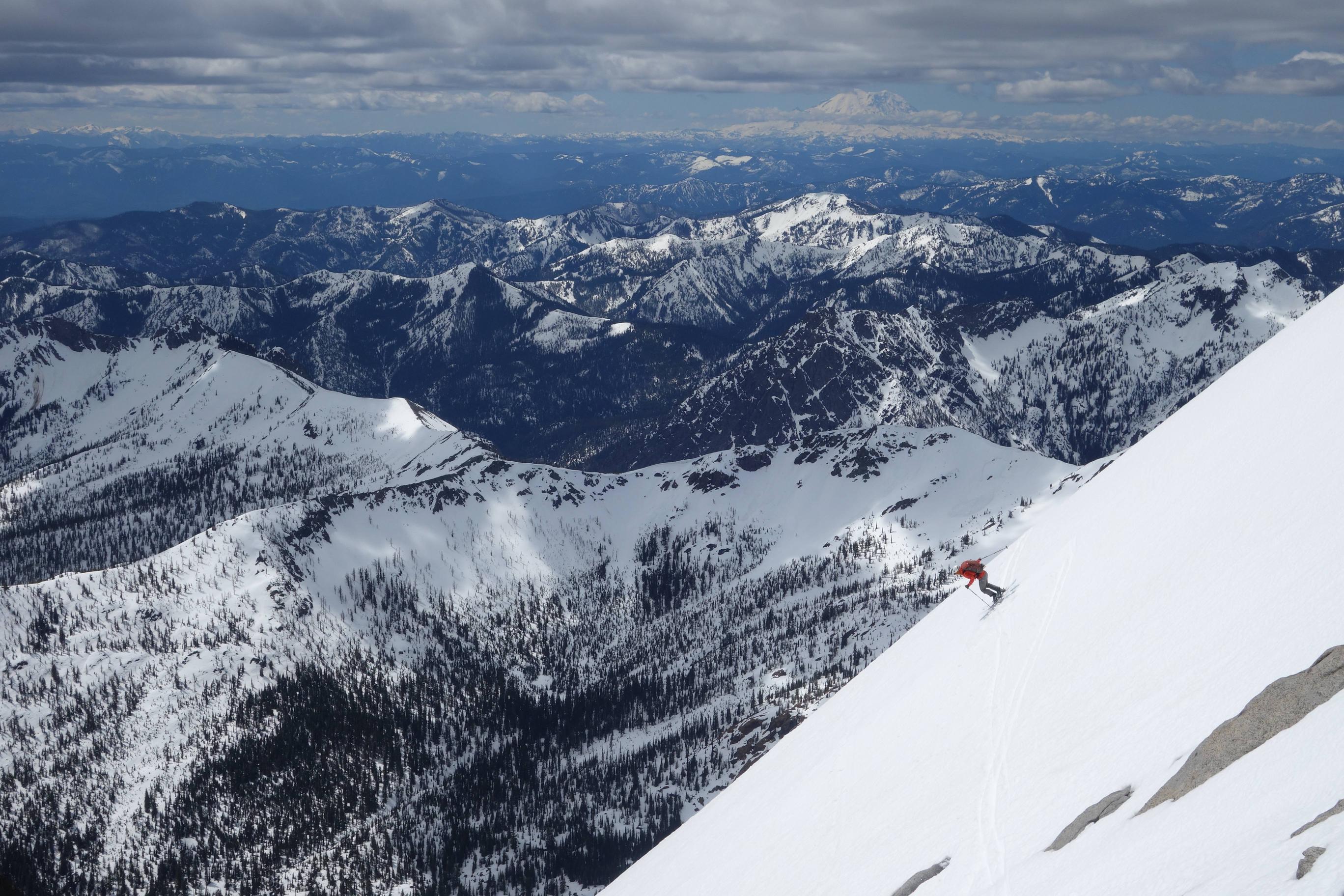 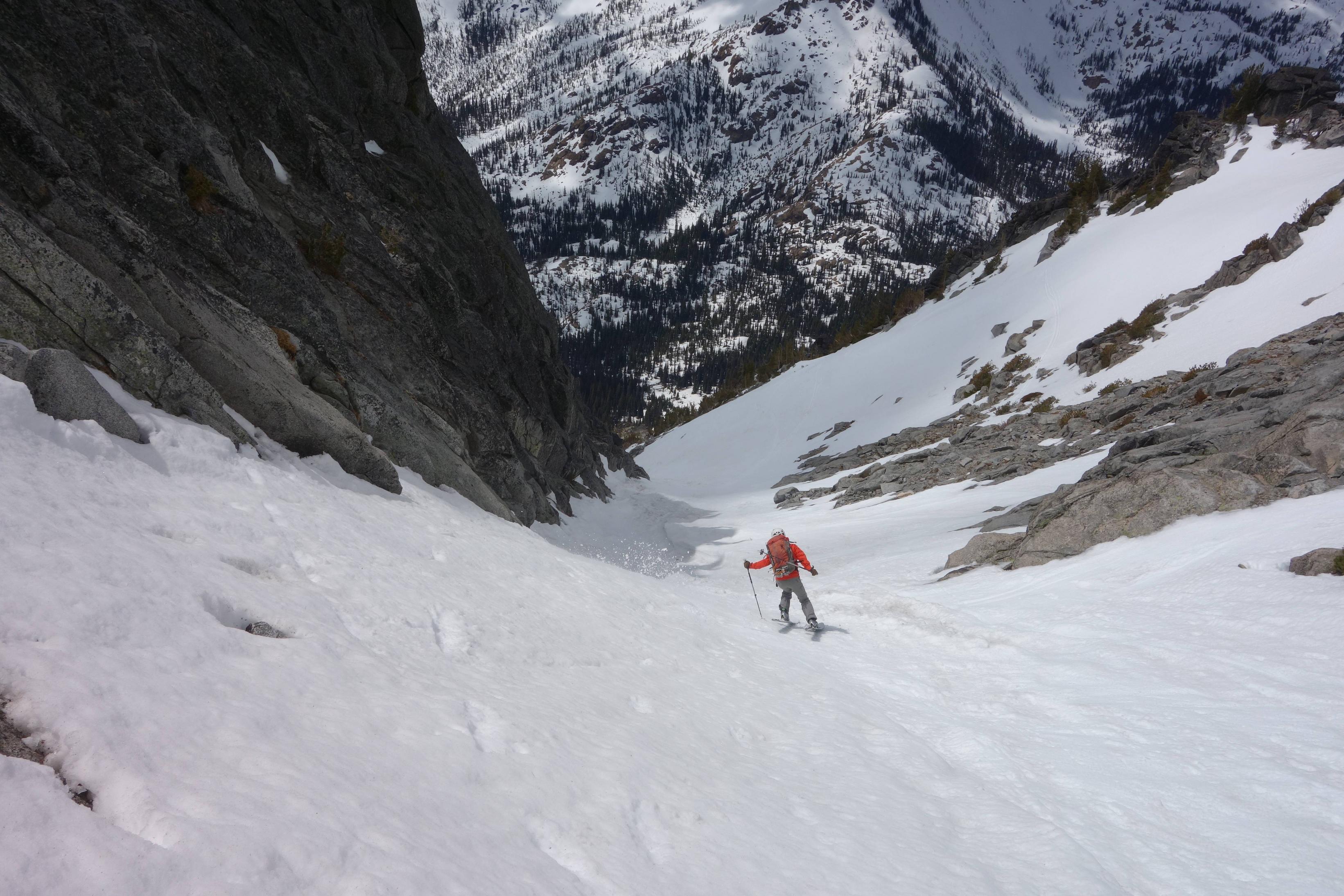 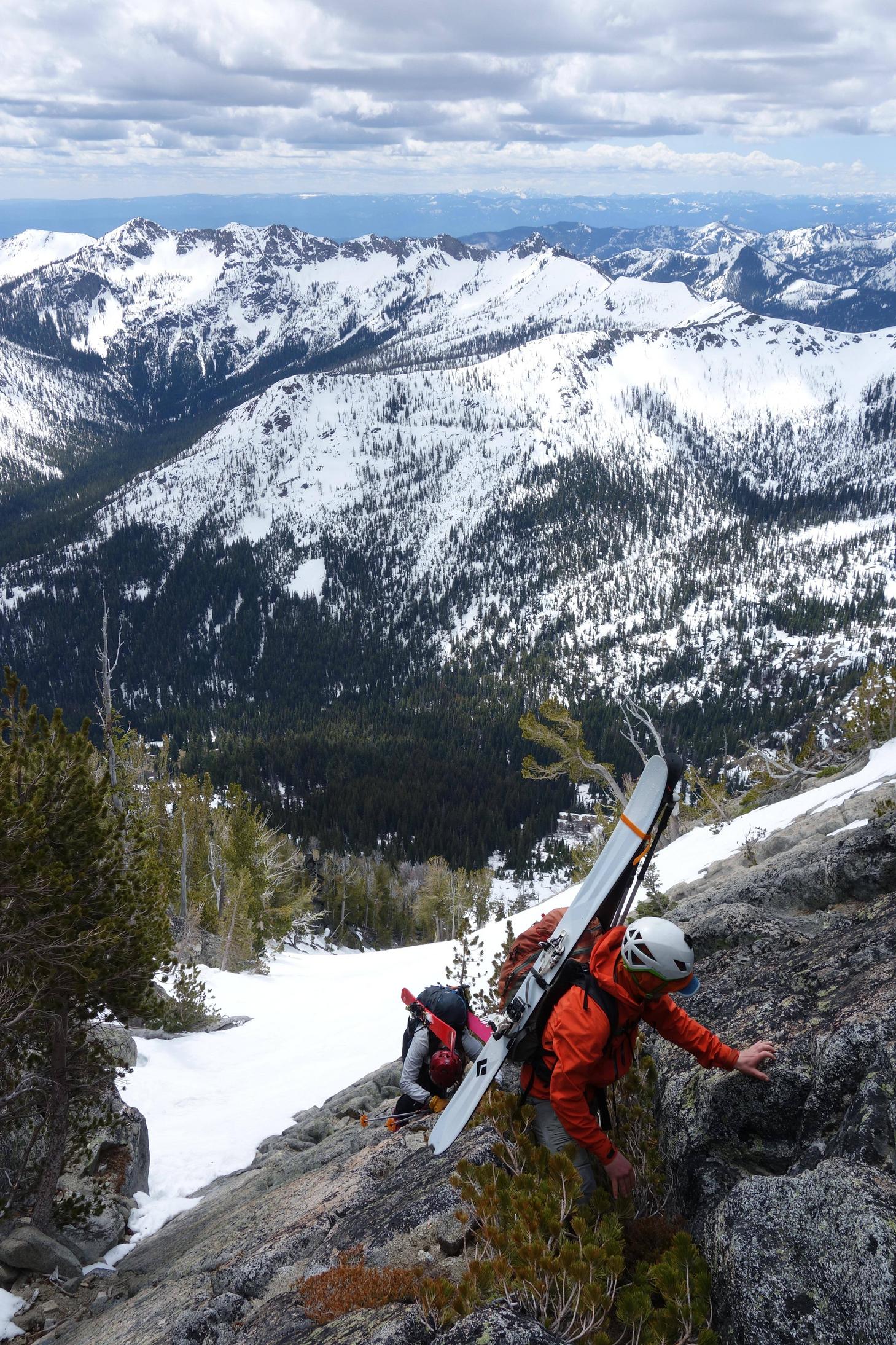 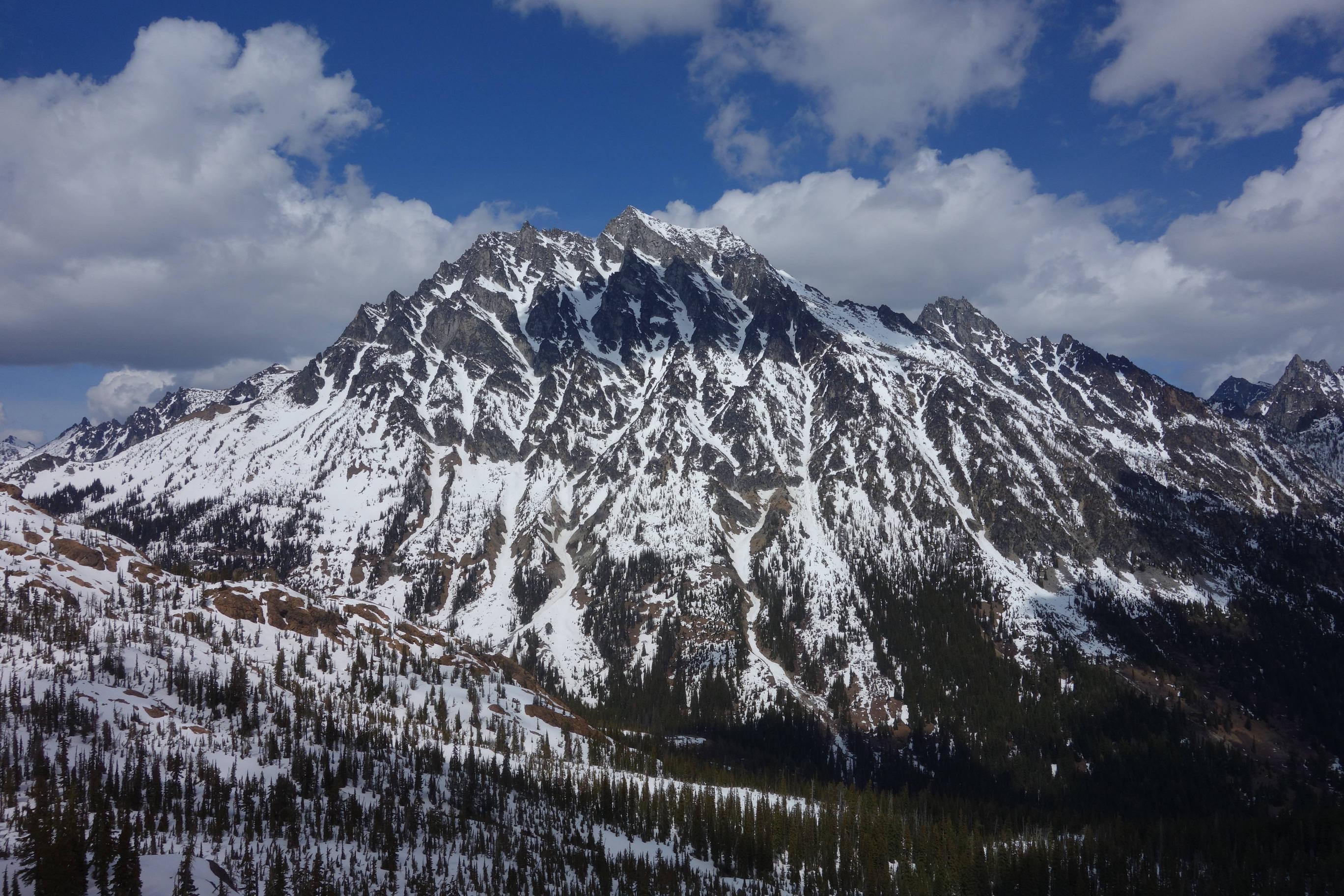