3/22/08
WA Cascades West Slopes South (Mt Rainier)
7043
1
Posted by Lisa on 3/25/08 2:40am
Some friends and I headed to Rainier so 2 of them could get some altitude before they leave this week for the Haute Route to lavish in Euro Hut skiing and write a piece for Telemark Ski Magazine.
As we pulled into the Paradise parking lot, I ran into Amar gearing up.  I introduced him and he joined us for our jaunt to Muir with hopes of skiing the Nisqually Chutes.

At roughly nine thousand feet, maybe sooner, the wind began its lashing. It did not let up.  I hunkered beneath my hood as I continued along, attempting to shade my cheeks from the numbing cold.
Once we reached Muir, we quickly snapped the obligatory photos, geared up and descended in hopes to warm up and find some relief from the wind further below.
Crusty, breakable snow quickly became pockets of powder inducing smiles and shrills of joy.
As we neared the top of the chutes we found crusty conditions and decided to forgo the chutes for another time.

In Edith Creek Basin we passed a Denali prep course headed up the mountain for an 8 day excursion; one of the clients was a young woman.  I stopped for a moment watching them drudge slowly up the hill with their enormous packs, toting sleds.
As I began to ski again I heard my name and stopped to see a friend who was working the trip.  I asked him about the young woman and he said she was 16 and on the trip with her father.  I thought to myself, what a trooper she is.
My ski partner and his girlfriend took a week off to enjoy some sunshine and climbing in J-Tree so I dont have quite the quality photos that Victor is often able to capture. 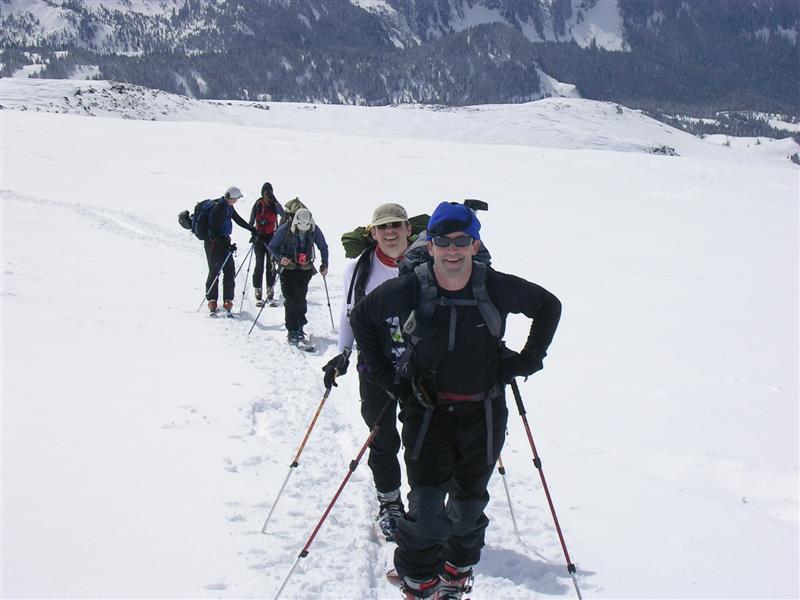 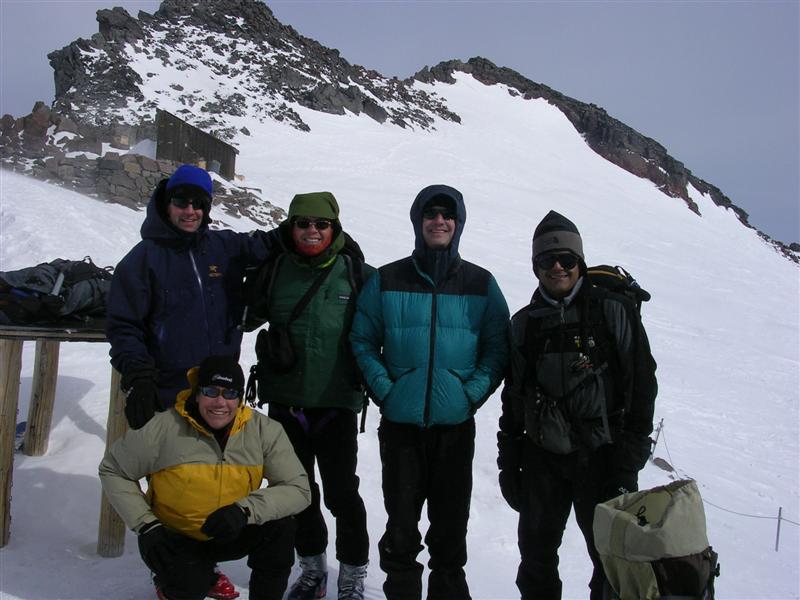 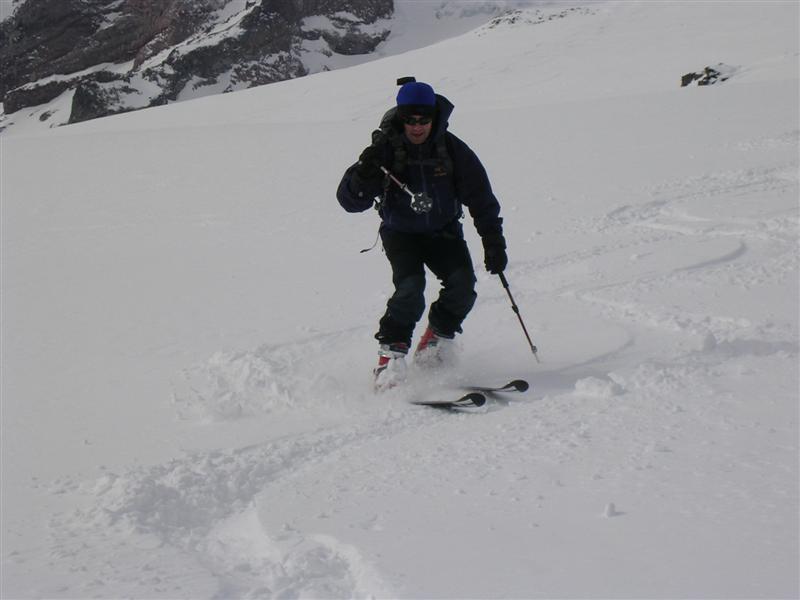 3/25/08 7:24am
amar-andalkar
Thanks for posting the report, Lisa. It was nice to ski with you again, and have some company on what would have otherwise been a solo day for me.

It looks like we skied down just in time, the winds totally went nuts after that:

Wind sensors unheated and may rime
Wind direction likely out

The 131 mph gust is the highest recorded at Camp Muir this season, exceeding a 119 mph gust on November 12. But the anemometer has been frozen solid about half the days this winter, so higher winds may have gone unrecorded.

I hope those folks with the huge packs and sleds were well dug in, wherever they camped. I guess they got a real taste of Denali, right here in WA!