With the beautiful weather and cold temps holding at the pass, Kyle and I headed up to Kendall peak to scope out the adventure zone couloirs. Big trees held only a couple of inches of dust on rain crust, but more open slopes proximal to the SW face avy swath preserved good powder. Ascended the ridge from the knob directly to the summit, rather than traverse under the sun-baked slopes above Kendall lakes. The south side of the ridge/summit were wind-loaded, leaving the top sections of most of the chutes into the adventure zone scoured to an icy rain crust. We dropped the skiers right twin, which had 2-3 turns of edgeable ice giving way to nice unconsolidated powder in the choke of the chute. Lots of debris to be avoided down lower in the basin. We followed an existing bootpack via one of the mainline chutes, then took a run to Kendall lakes from the ridge which skied quite nicely. Kendall trees was as awful coming down as coming up.

Having also skied the twins 2wks ago, the snow wasn't nearly as good this time around but the views more than made up for it! 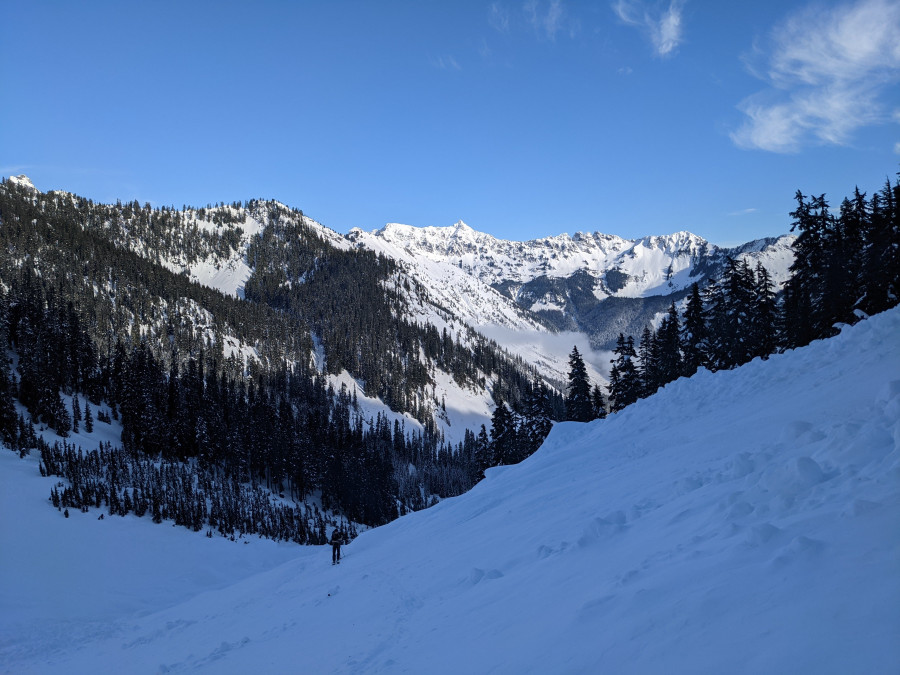 Ascending near piles of refrozen debris at the bottom of the twins, with Alaska, Chikamin and the Four Brothers in the background 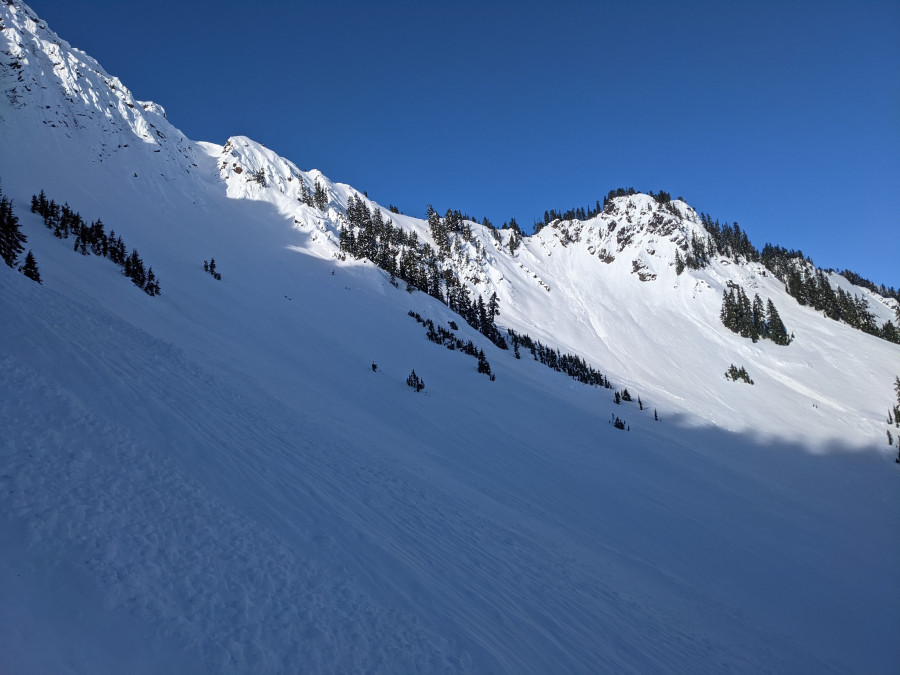 Looking up at Silver Spoon 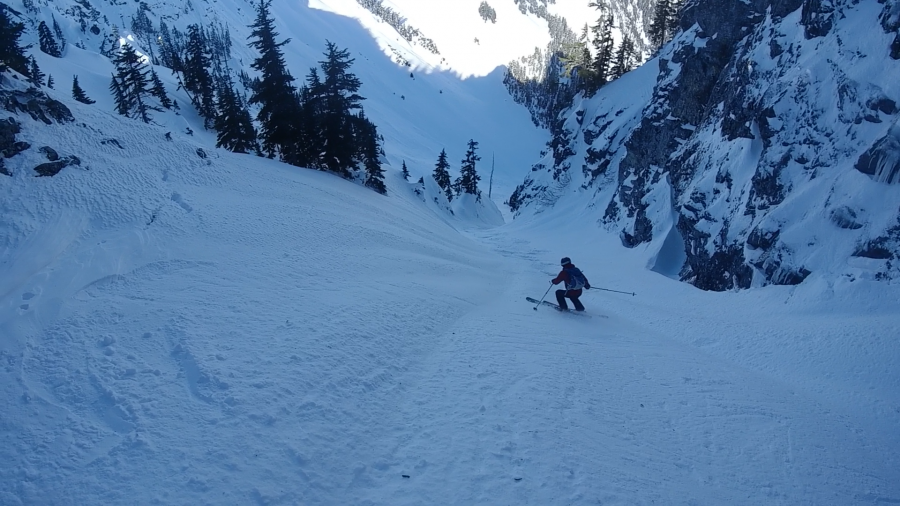 Icy turns at the entrance 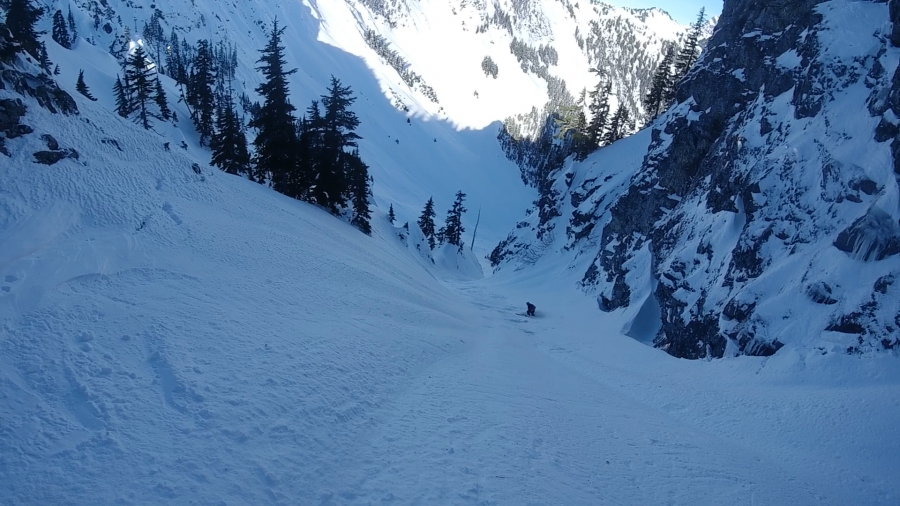 Better turns in the choke 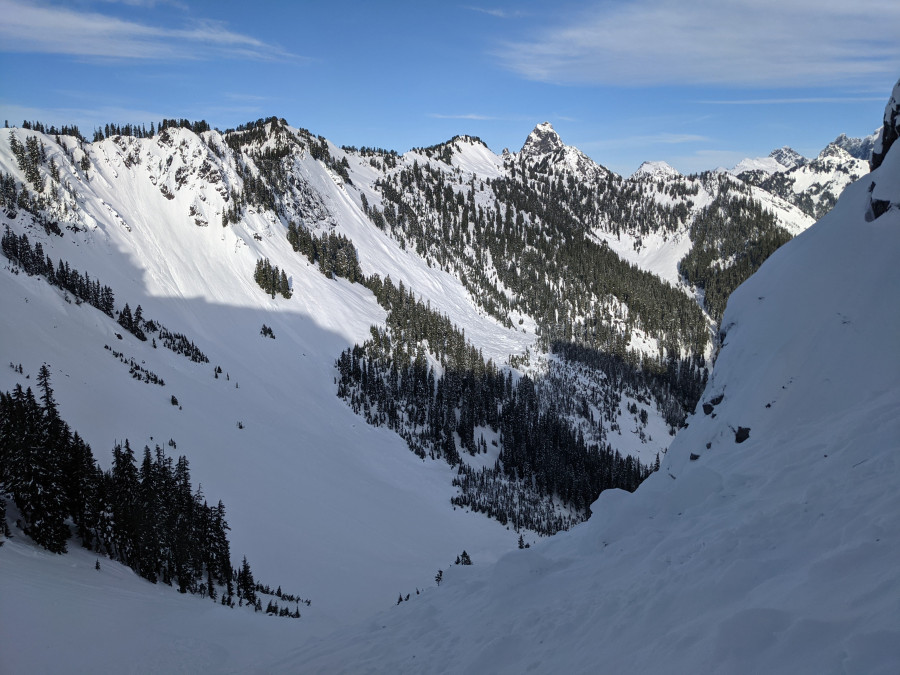 Thanks for posting - I've been curious what the conditions are like in the Kendall fun zone.