After seeing the recent trip report by from Sam, Michael, and Nick, Ross and I decided to continue our ongoing exploration of the Kendall Adventure Zone.  Each of us had been there both independently and also together.  Up until this point, we'd only skied the left and right Twins.  Given the reports of large glide avalanches on S and SW facing slopes in the Pass from the day before, we opted for north-facing terrain to mitigate any solar damage that might have occurred.

We parked in the snopark lot and approached via Kendall Peak Lakes.  It was drizzling / raining in the parking lot when we arrived at 715am, and started snowing quite heavily as we skinned up through the lakes.  Our original intention was to tour to the upper-most lake and boot up the back side of Not So Super Steep and CT.   At this point, the snowing had stopped, but the sky was still fully clouded. However, from the lake, we could see evidence of multiple glide cracks forming, notably directly where a bootpack to the entrance of CT would ascend.  So we instead opted to continue touring up through the trees to meet up with the usual KAZ approach route to Main Vein.

We took the ridge above the Silver Twins and descended via the right Twin.  There were notable differences in snow texture and consistency on the north and south of the ridge.  There was mild evidence of wind effect on the north side at the entrance of the couloir, but for the most part the right Twin skied smoothly with decent snow, albeit over some old buried debris.

Visibility in Silver Creek drainage at this point in time was minimal due to mist / fog.  We continued on towards east KAZ zone, intending to ski either Icy Gash or Silver Lining.  Given that Icy Gash was obscured by fog, but Silver Lining was clear, we opted for Silver Lining.  The entrance to Silver Lining showed a large field of slide debris, which looked to be from the day before.  Shortly after we began our ascent, the sun started poking out of the clouds and sent debris down into the couloir.  The east-facing cliffs of the couloir showed significant evidence of solar effect, with glide cracks forming near the cliff-snowpack junction, so we made sure to skin as far to skier's right as we could without exposing ourselves to danger from above.  At one point, we observed a (very small) wet loose slide, triggered by falling debris, after roughly 1 minute of intermittent sun exposure.  We were able to ascend without booting, but were both a bit shaken up given the warming conditions.

We'd considered skinning around to the entrance of Icy Gash, but given the considerably warmer conditions than what we'd started with and a prospective traverse over a cliff band with increasingly soupy snow on S / SW aspects, we opted for safety over extra skiing.  Silver Lining skied exceptionally well, but we didn't linger any longer in the couloir than necessary.

We skinned back towards the bottom of Main Vein to ascend.  Someone had previously set (as Ross described it) a "hero-level" skin track some time prior up the Main Vein -- steep and straight up -- so naturally, we did the same.

A notable point of interest was the evidence of glides all around Silver Creek basin on the E and S rock aspects, along with (what looked to be new) wet loose debris on those same faces. 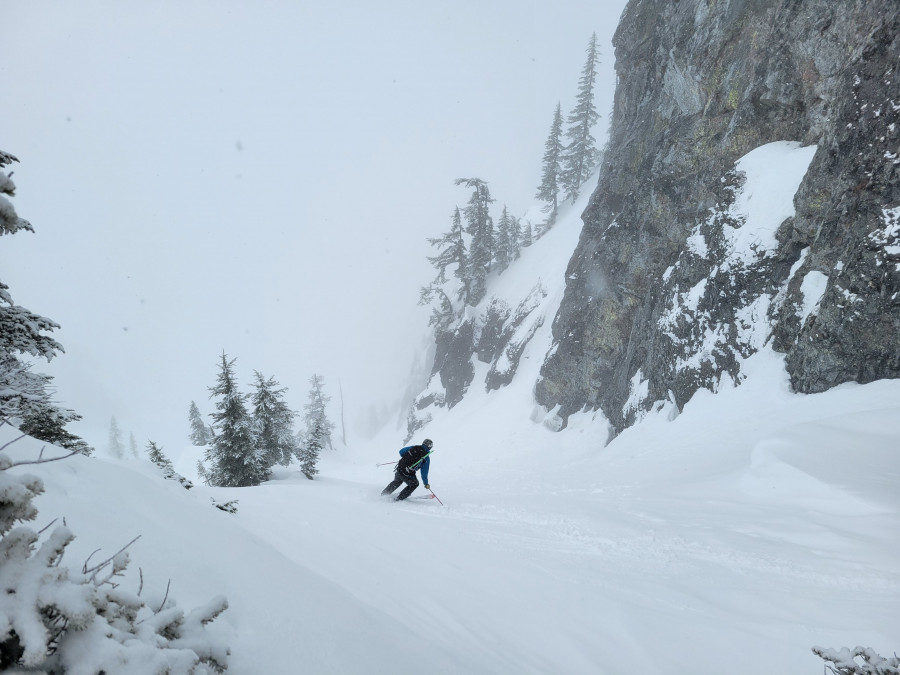 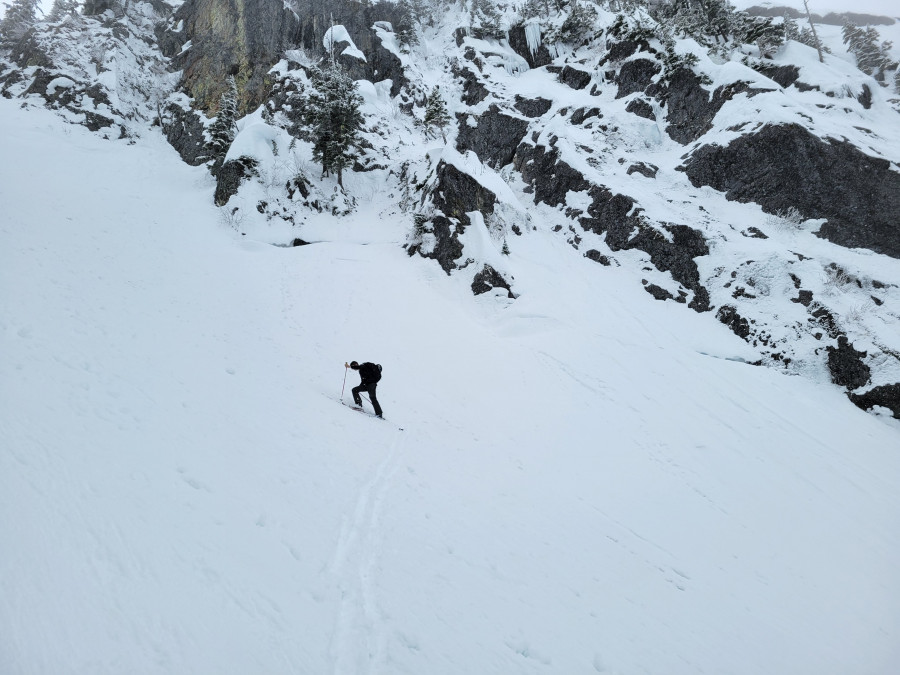 Ross skinning up Silver Lining. You can see glide cracks forming along the far side of the cliffs. 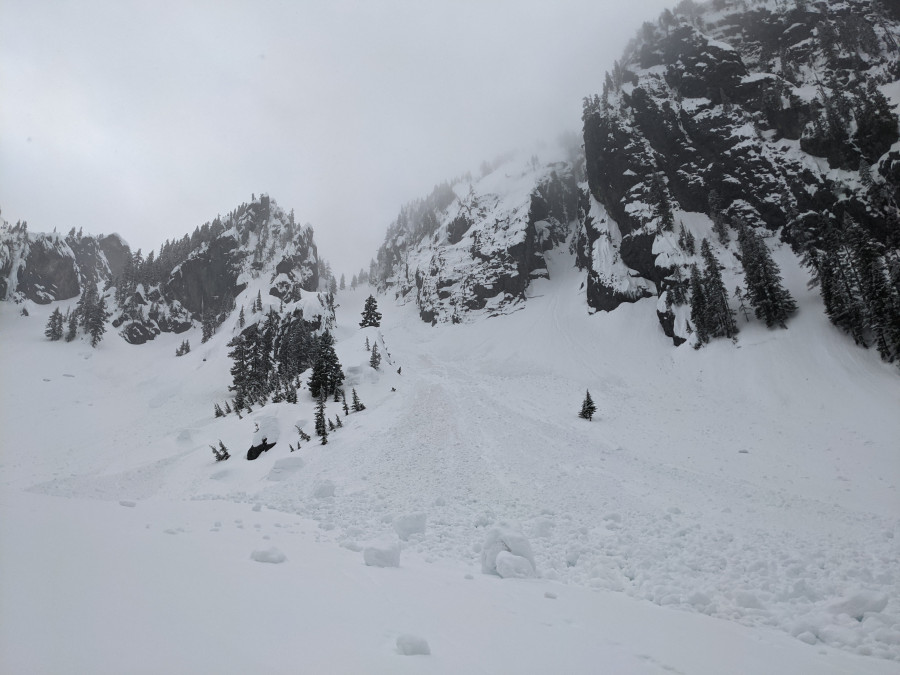 Slide debris at the base of Silver Lining.