The road to Mowich Lake is in as good a condition as I've seen it in recent years. Recently graded with some new gravel and barely any potholes. Trail is snow free until you get into Spray Park. Once we broke off the Wonderland, we found plenty of patches of snow but things were discontinuous enough that it wasn't worth putting on skis until about 2/3 of the way to the base of the Flett. The best way up to the Russell Glacier is go up the Flett to just below the headwall and then cut left as that affords continuous snow whereas heading up to the left before the Flett requires several carries. The climb up the Flett and then over to the Russell was straightforward. Things has frozen the night before and we were tempted to put on ski crampons but it was possible to get enough purchase without them. The Russell is well-filled in right now with barely any cracks showing except one big crevasse that is opening climbers left as you ascend up the last steep section to the plateau at about 9500 ft.

The skiing was great the entire way down to about 7800 ft where some runnels finally start to form. There has been a small amount of recent snow that has filled in all of the suncups and left a very smooth, fast surface that had softened nicely by 11AM. Things were so good, we opted for a second lap before heading out via the Flett. The Flett was fine but not nearly as good... some runnells formed in the recent systems and there is more in the way of suncups and grabby snow. That barely registered in our minds after the great skiing on the Russell. 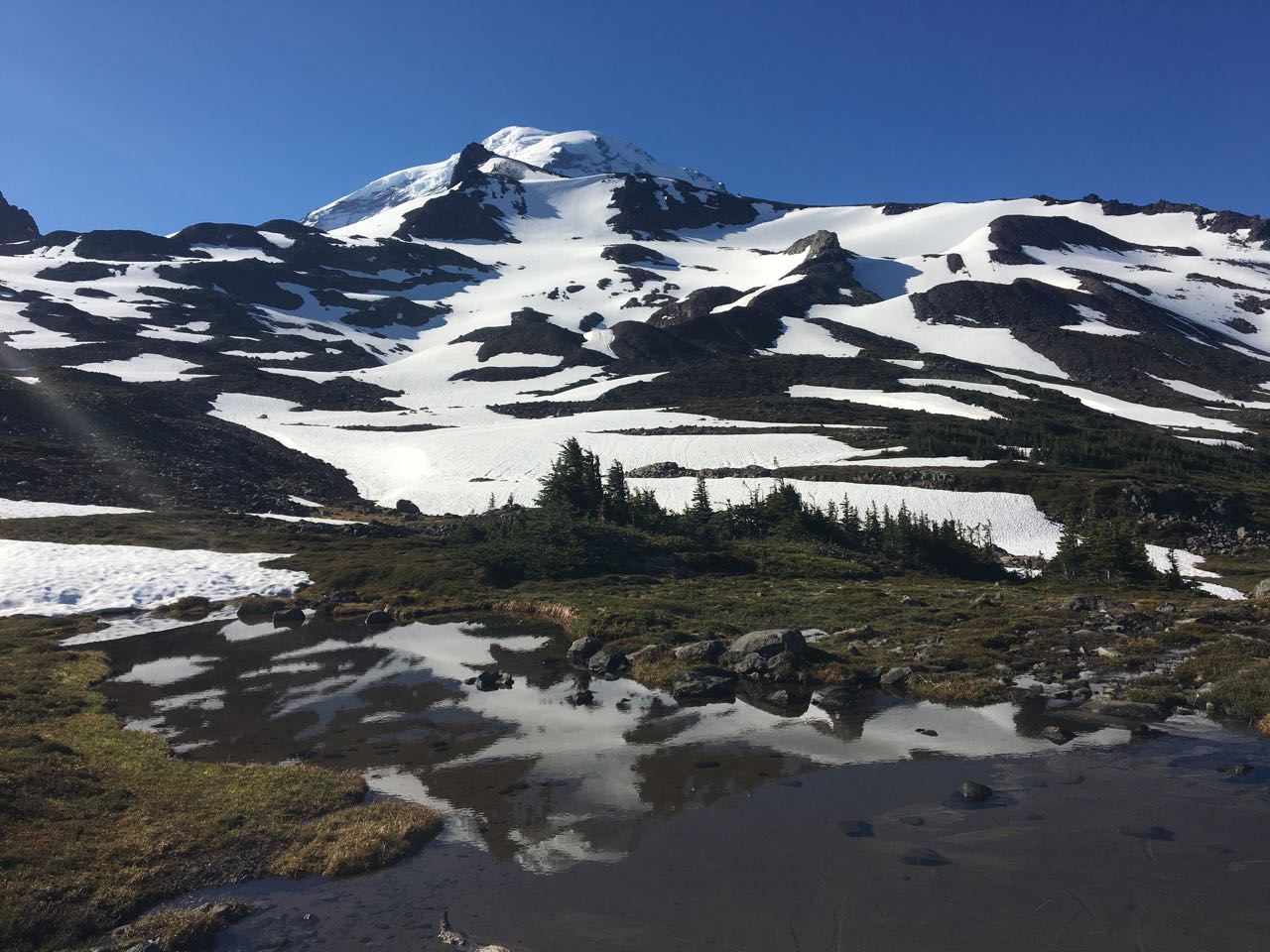 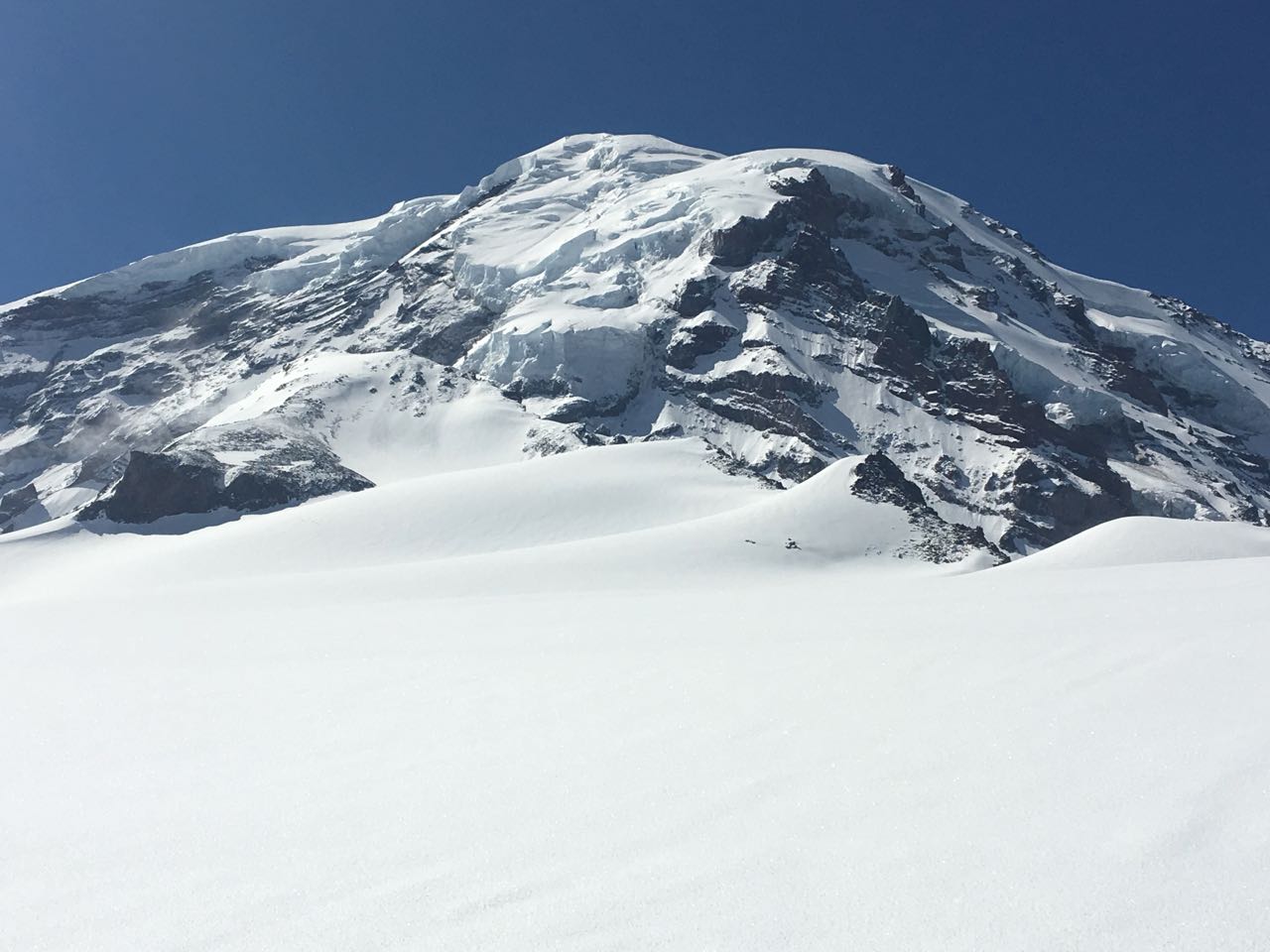 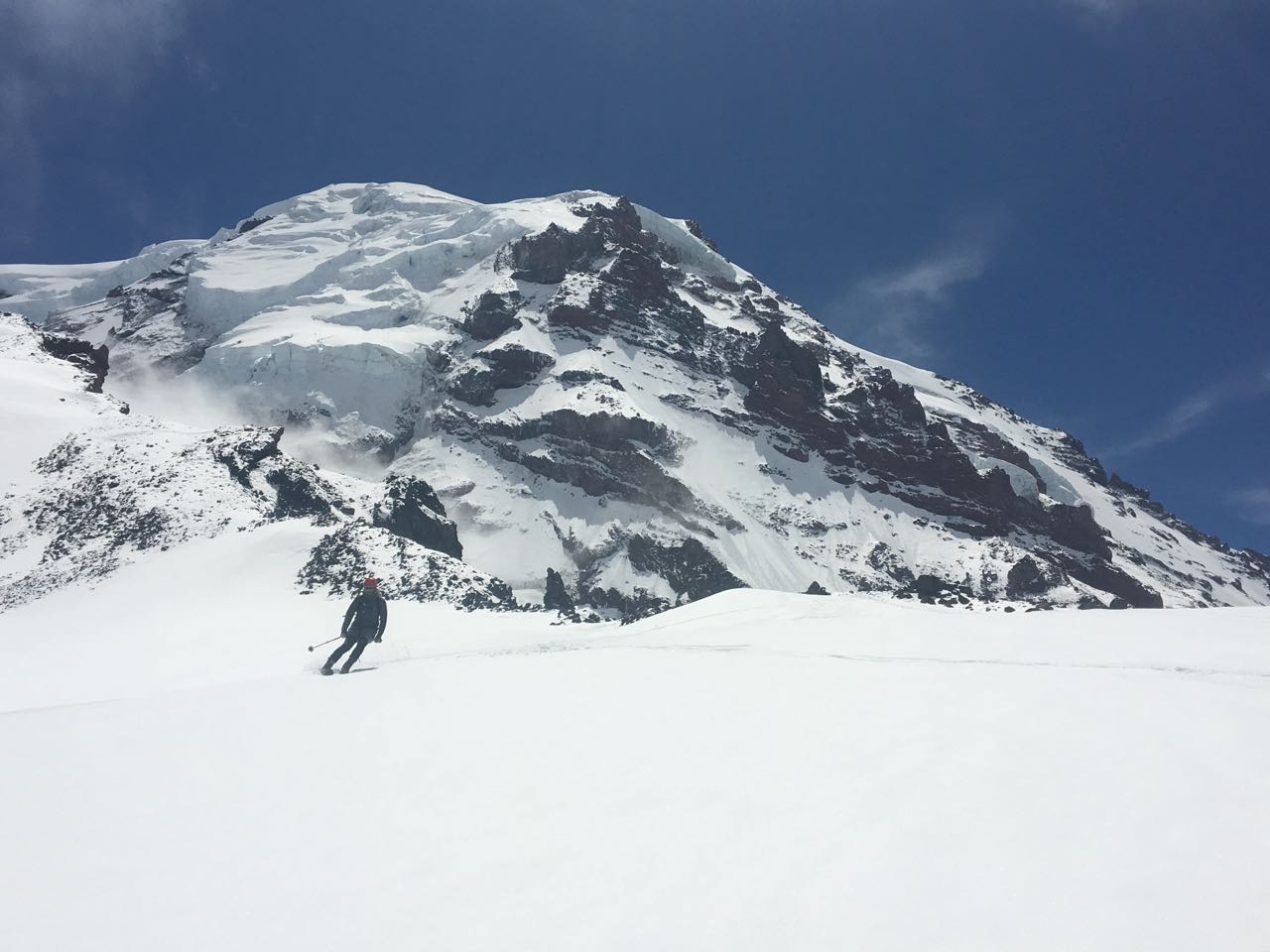