It happens. Often in the Rockies. But in late June and 2+ feet at altitude? More rare. Weird spring indeed...great for our drought...even better for late season skiing. Probably.

I hit snow showers right above town. As in, my town, down on the plains. It was 42F at my house. They intensified approaching 9,000' to a steady, driving curtain. 32 degrees and snowing hard, the road was starting to snow over and 3-4" was accumulating on everything that wasn't blacktop. Good omens as this was the drive up from town - oh boy for altitude. I drive on, being the first one up the road, the usual result of my pre-dawn preparations.

Dang! The road was closed. More hiking. Good to be here early. I broke out my boots, and realized no socks. Good one. I always forget something...today it was socks. That's fine by me, smiling, I put on my snowboard boots - 15 year old leather jobs that were about as comfortable as silk slippers. No, no socks was not an issue.

An hour and a half later I was at the spot I would have been able to park had the road been open. What a season! Road blocked at the winter turn-out in June. Was this June 23rd or January 23rd?

Once above the road, I put my snowshoes on and climbed up onto the remaining snow pack. The upper snowfield showed great resilience to the June sun, still a snowbank down to the road edge. Climbing was fun and easy with the snowshoes, all the way up to 11,000'. There was a magic spot where the snow was 4" blown-in on softer snow where the cold of higher altitude couldn't freeze into dust on crust conditions. More like whipped cream on mashed potatoes. That section was just awesome to ski. Otherwise, it was a pleasant journey in new snow and gentle pitches. 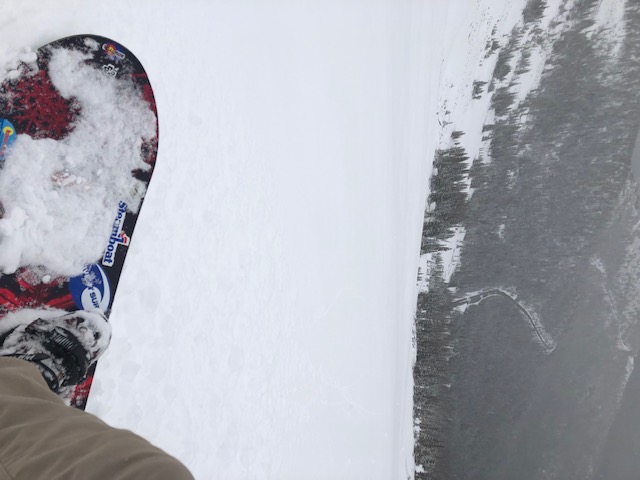 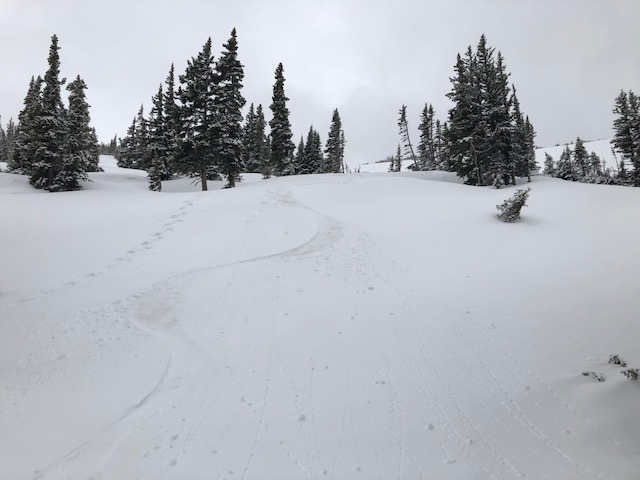 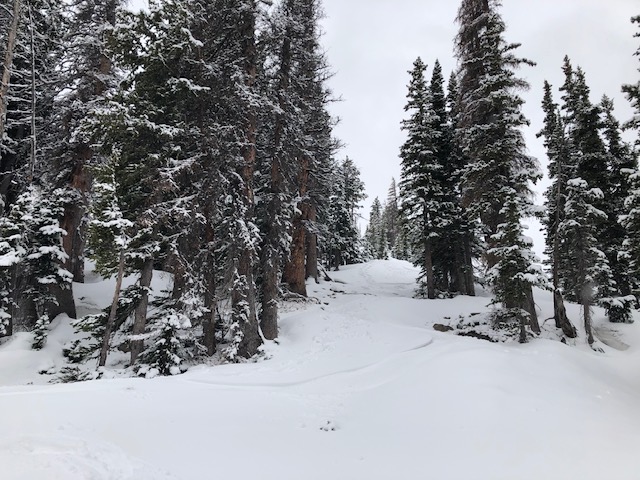