6/17/19
OR Mt Hood
1122
3
Posted by DG on 6/17/19 1:12pm
The Wyeast Face looms over Hood Meadows ski resort on clear days, and I've always felt like it was taunting me a bit when lift skiing there. It's more of a skier's route than a climber's route, and gets only a fraction of the traffic of the popular southside climbing route, most likely because you can't get from there to the summit of Mt Hood unless you are into some extreme climbing (defintely above my abilities).

I pulled into the Meadows parking lot around 5 and was hiking up the ski area in time to catch the sun cresting over the hills into a blue sky, promising a tranquil morning on the mountain. The lower lifts are completely melted out, but I was able to start skinning up continuous snow at the bottom of the Cascade lift. Once reaching the top of the ski area, it was time to start booting again, up the dry, rocky ridge. Near the base of the face, I donned boot crampons, and began making my way up the steepening slope. Despite a stiff wind, the snow was softening quickly on the face, which faces east and was catching the full brunt of the June sun.

Cresting the top, I was rewarded with a birds-eye view of the steel cliffs and the summit, devil's kitchen, and everything beyond. A group of climbers were making their way up towards the old chute, and lift skiers could be seen doing laps on the Palmer snowfield below. It would have been relaxing to hang out for a while, but I figured time wasn't on my side, so didn't linger too long. The slope rolls over from the top onto the face, and the ski down was on cooked corn over small suncups but still fun. The snow actually got better dropping into superbowl, and I was tempted to ski all of the way down into upper heather canyon, but ultimately was dissuaded by all the rockfall I could see lying like a minefield on the snow below. I hiked across some talus, then donned the skis to traverse a snowfield, then had to hike again across more rocks, and finally made it onto the snow above Cascade lift for some last turns through the lift area on tired legs, until the white stuff finally ran out on me. 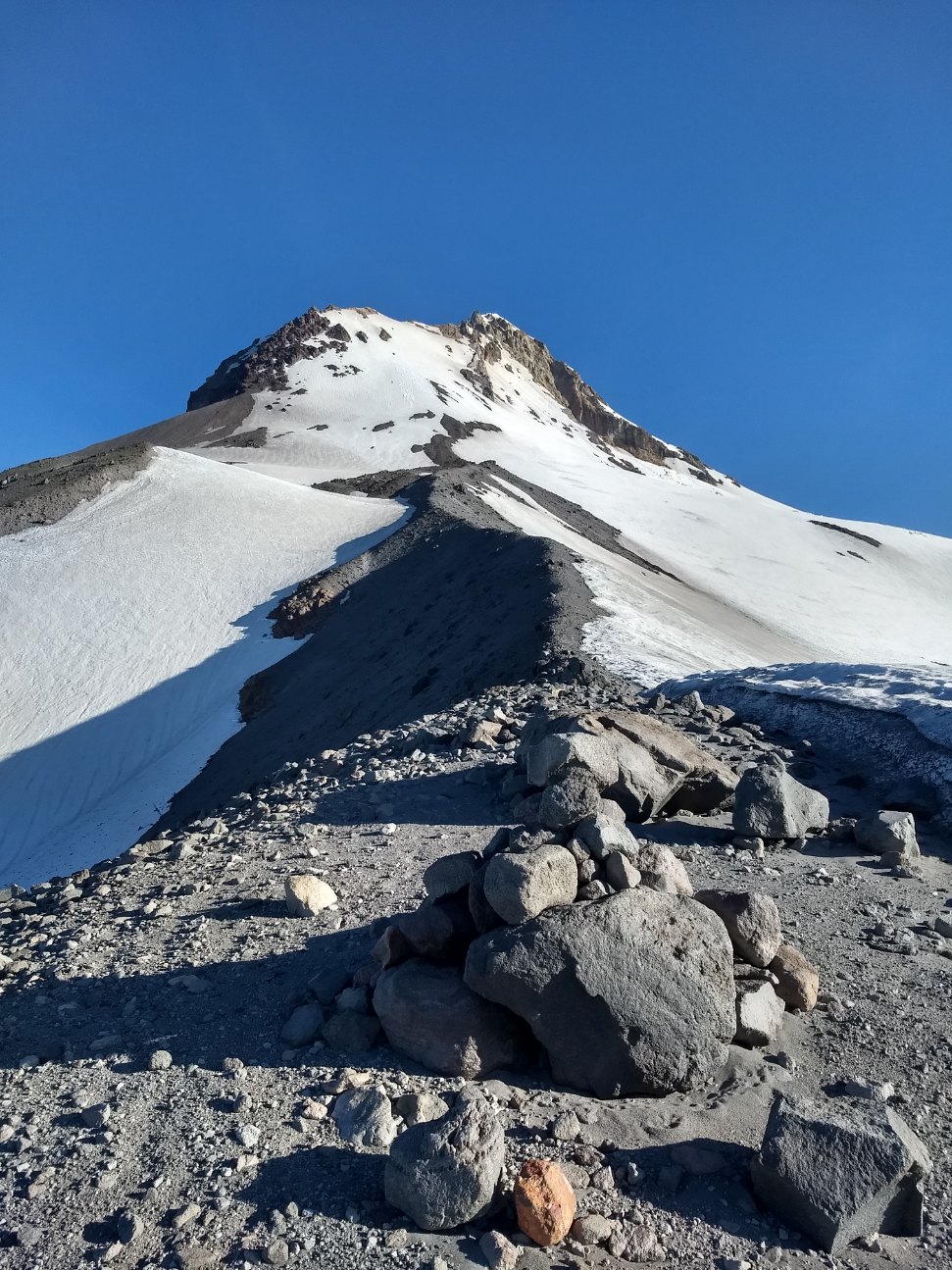 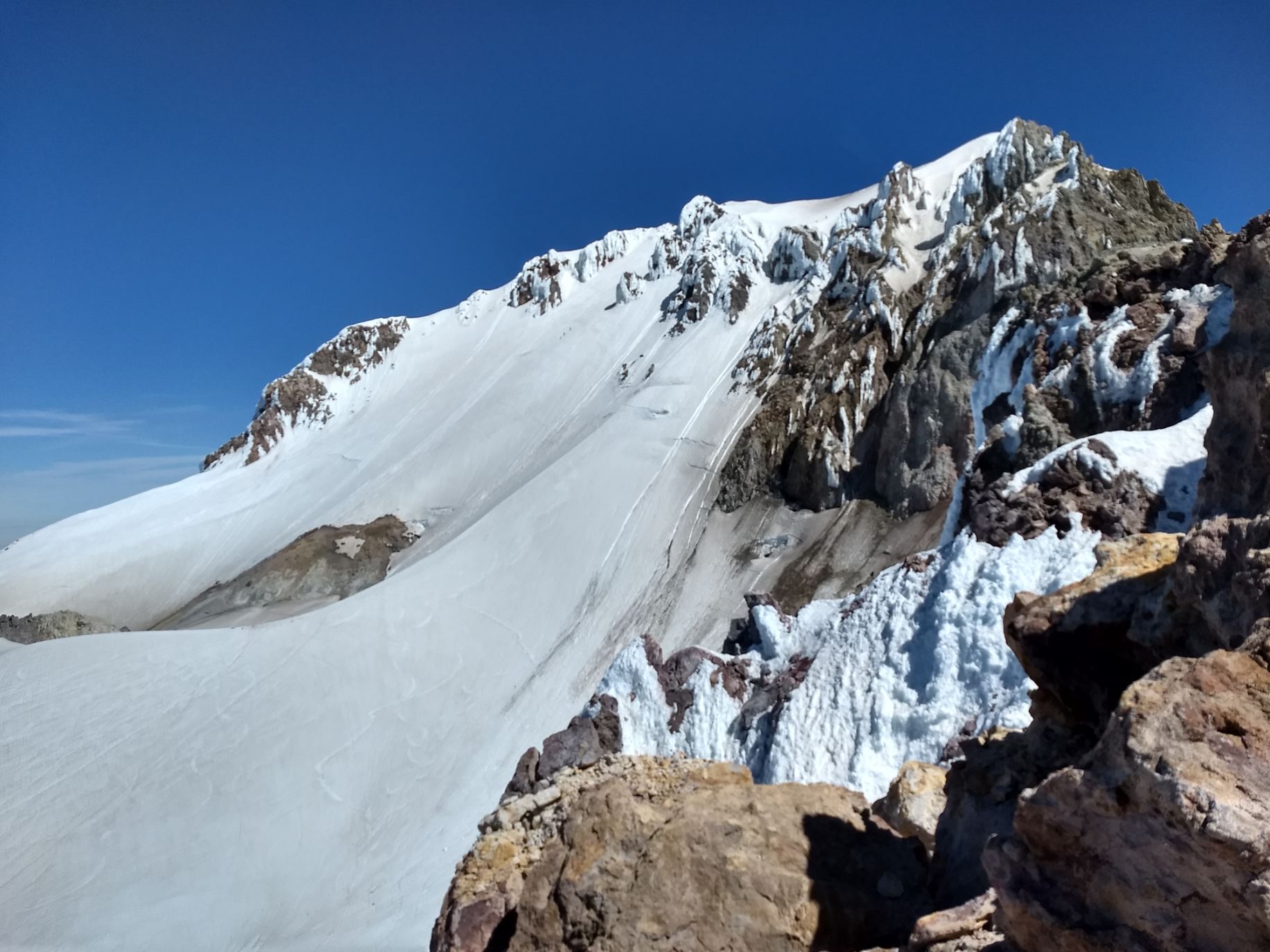 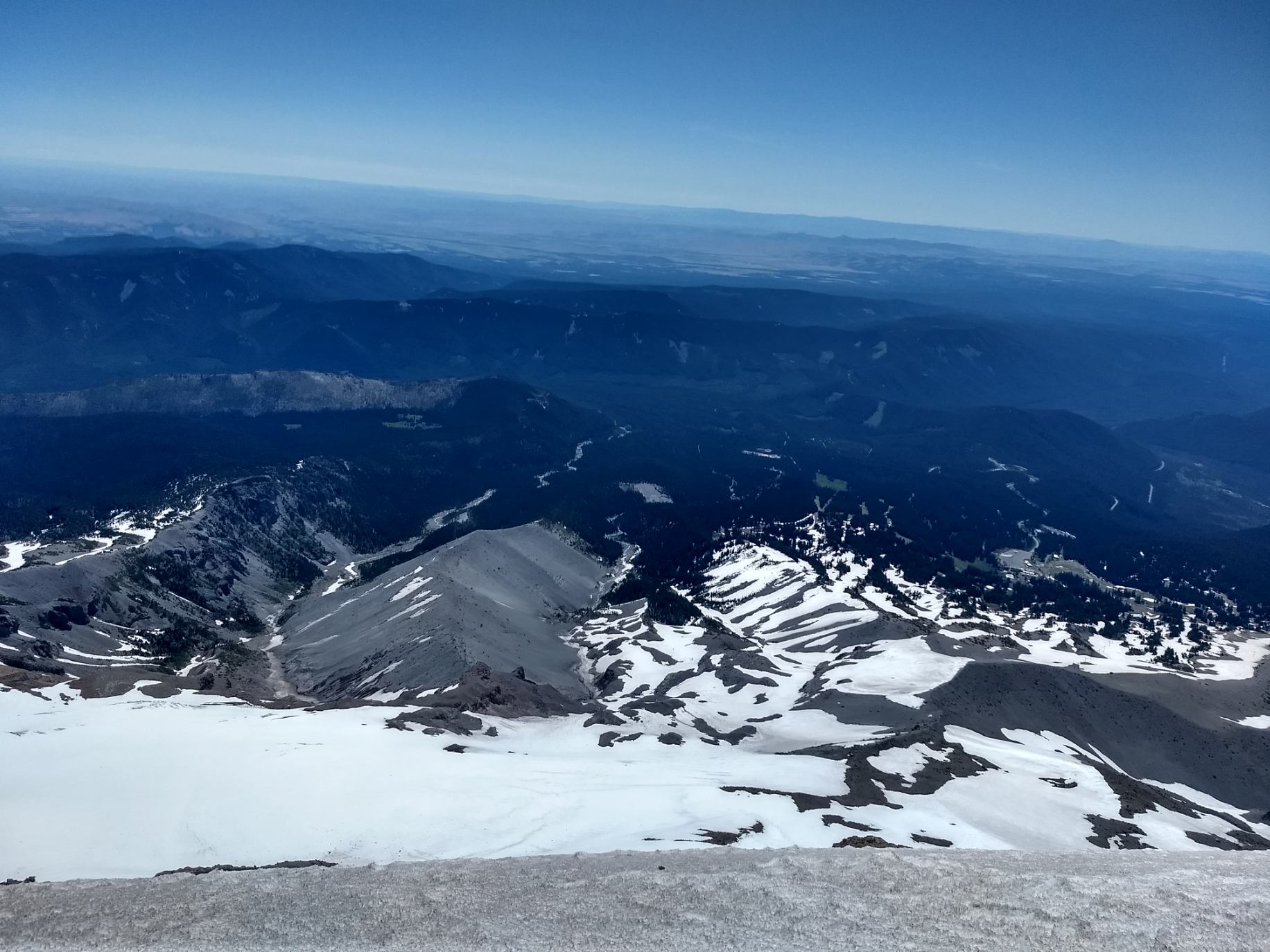 6/24/19 8:37pm
Zap
Nice TR and photos. Jill and I also climbed and skied the Wyeast Face on the last day of the season at Meadows years ago. We had our backcountry gear and put on the ski crampons. A ski patroller came by and explained that it is not allowed doing "that" but seeing it was the last day of the season he said "OK". It saved a bit of touring up to the top of the Cascade lift. Your photos bring back great memories of that run and the views of Timberline and the normal route up Mt. Hood. ;)
2019-06-24 20:37:44
Zap
6/26/19 9:10am
river59
Nice pics, especially #2. Truly an Oregon classic
2019-06-26 09:10:50
river59
6/26/19 9:56am
DG
Thanks for the replies. It is now definitely off-limits to hike up there from the lifts on Meadows when they are operating. The patrol is strict about it, which is understandable given the very large avalanches that propagate occasionally from that area of the mountain. I think it would be a better ski earlier in the spring when there is more snow coverage and less transitioning over rocks, but still made for a memorable day trip.
2019-06-26 09:56:45
DG