6/16/19
WA Cascades NW (Mt Baker)
605
0
Posted by Pete A on 6/16/19 1:12pm
Update regarding the problem crevasse at 8800ft on the Squak - when we got there it looked like all the old skin tracks went right up to a dead-end... it appears that another big chunk of the snowbridge has failed rather recently. We skinned across what remains (on belay), the far side was a swiss cheese of holes and the remaining bits of snowbridge don't look all that secure.

While monkeying around at the crevasse we noticed a faint bootback about 800vf below us that looked like a group on foot had traversed from the Squak over to the Easton route.

The rest of the route was in fine shape and we skiied down the Roman Wall around noon - great corn! Rather than heading back towards the problem crevasse on the Squak, we followed the Easton till we saw that traverse bootpack approx 8500ft - from there we did a descending traverse back over to the Squak main route approx 8000ft and headed down from there without any issues.

Folks planning to hit the Squak might wanna do that traverse over to the Easton around 8000ft and avoid the dodgy lookin' crevasse entirely. 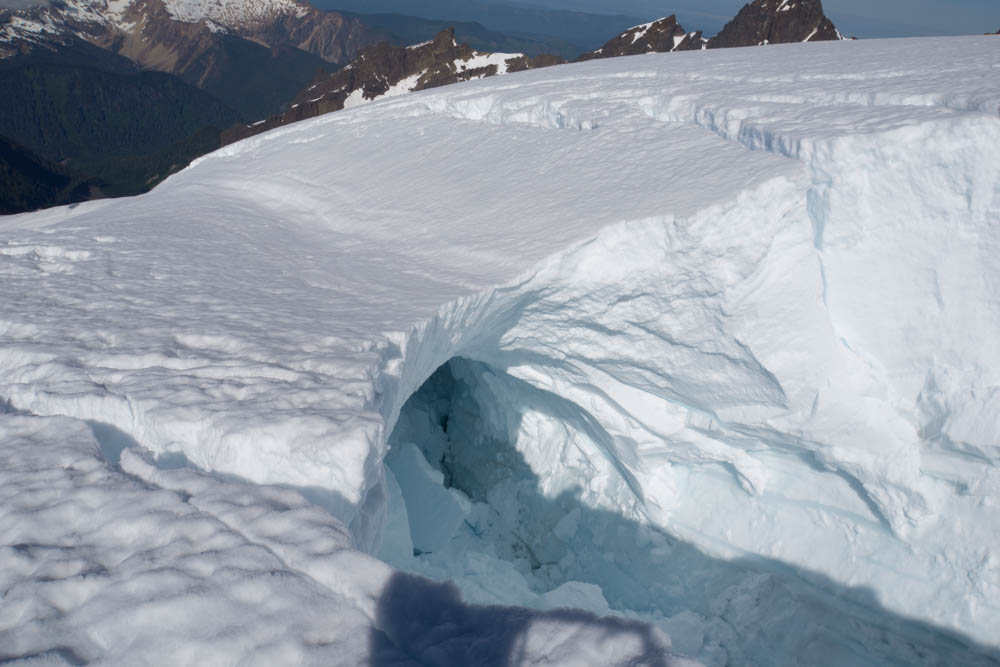