I think Andy and Regine blew by at one point as we were skinning up. We also saw the always impressive Eric Feigl (and his posse) still skinning with Fritschis and heavy boots at age 76!  Thanks dod and Jess for senior sitting my first (of many i hope) ski day as a 64yo, would that be the first day of my 65th year?  Yikes.

And I just noticed this was my 1000th post!  Thanks Charles and Marcus for building ski community. 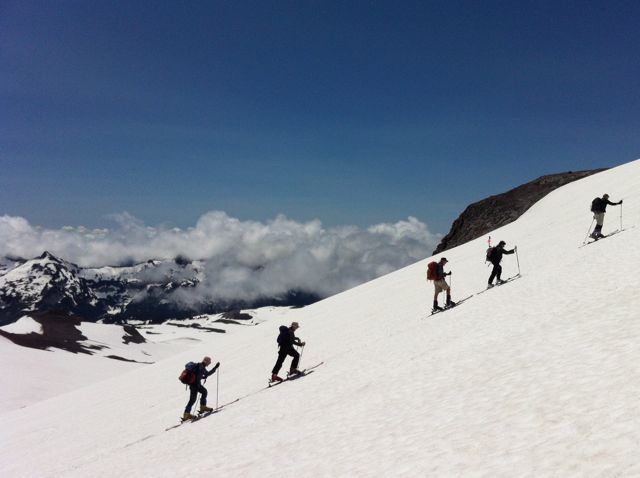 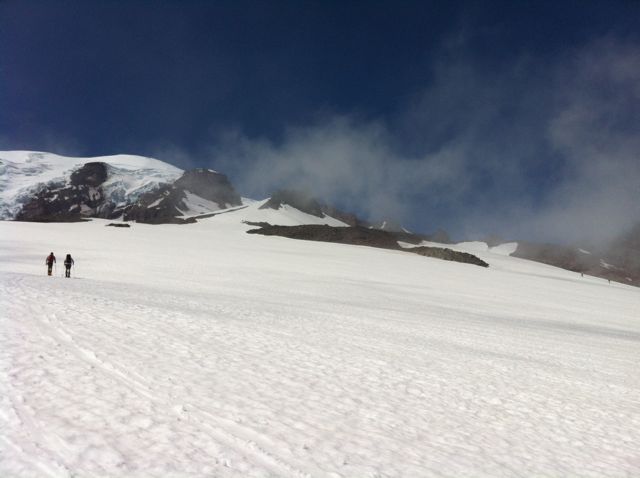 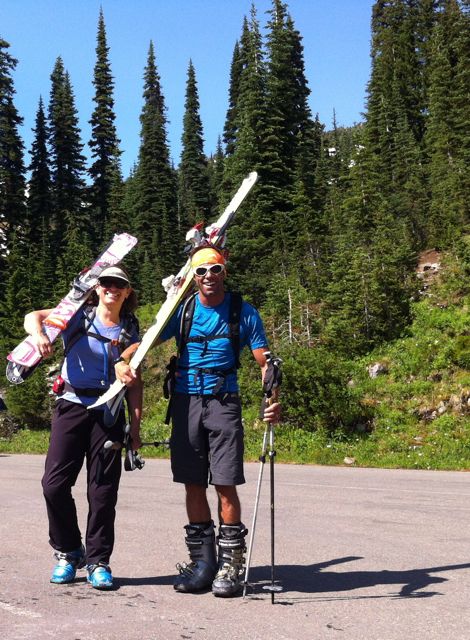 7/21/12 11:25am
andrew-carey
We wondered what that slow motion blur was as we passed by!  BTW, Regine was on her new Dynafit outfit I bought her to start her 70th year in!  Sorry we didn't recognize you, we thought it was a group of old people :-)  We went only as high as you did today, just below the big crevasse.  Regine complained that the snow was too slow and sticky and that I had not waxed her skis since the last time she skied!  She likes fresh wax.

p.s., we passed 4 pairs of skiers and one group of 5 on the way up, and one pair passed us going down just as we passed the large group.

Two pairs asked if I was the one that posted the Boring Video LOL and one young fellow of 25 said he almost asked if my thighs were burning after all those turns, I said my thighs haven't burned since I turned 65 due to loss of neurons and he turned to his buddy later and said "Gee, we have at least 40 more years of skiing."  LOL
7/22/12 3:54pm
powdert
Hey Silas. This is Travis of "kick turns" (Kyle and Travis). Good to run into to you up there. We skinned up to the Cowlitz rocks after we saw you going back for your third run. Pretty cool views from that perspective, and it was fun to watch people ski down throught my binos. Also, I was the guy that asked Andy if his legs were burning after 78 consectutive turns. Funny stuff... here is a couple pics. The last one is of Andy and Regine 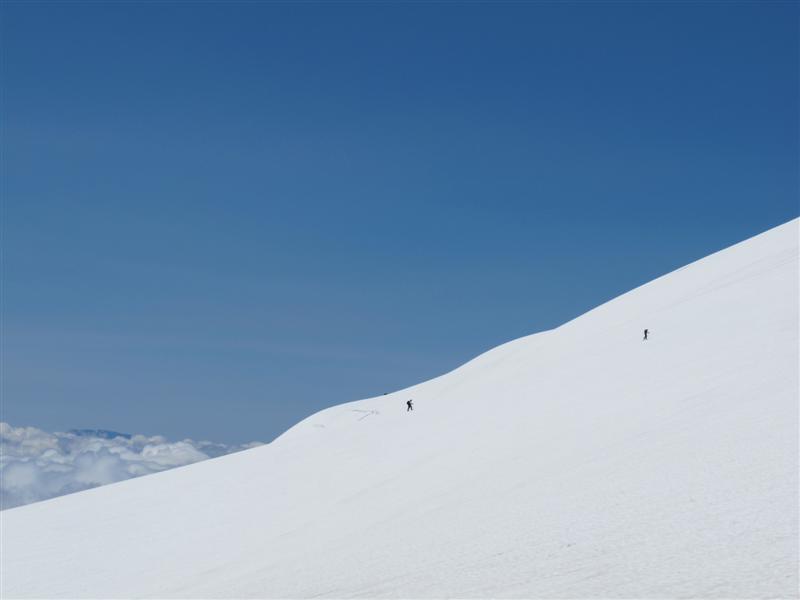 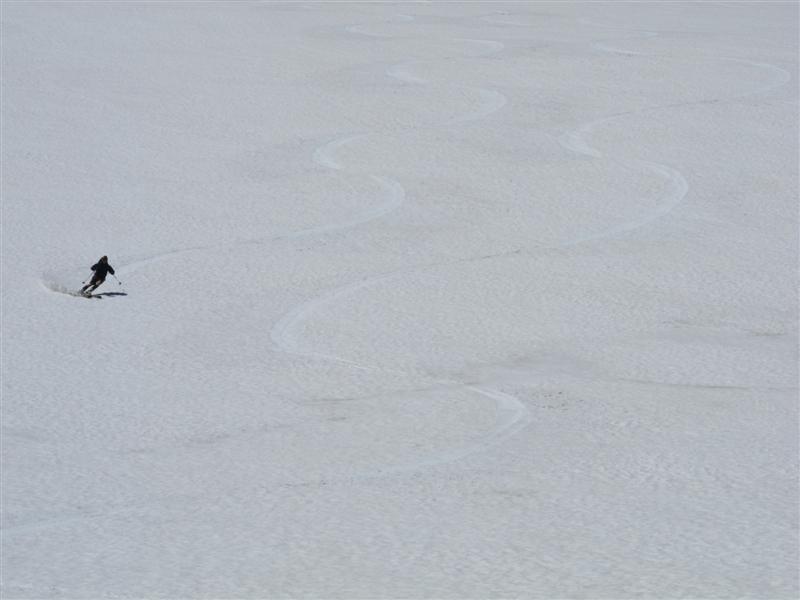 7/22/12 11:44pm
jds
Saturday was our first trip to the Paradise Glacier. Shortly after we headed up we had the pleasure of meeting Andrew Carey and Regine on their return, and farther along met Silas and Friends. Thanks to them and various others for advice about the route. At 7600 ft (±) we turned around and enjoyed smooth skiing most of the way back.
Judith + David

7/22/12 11:51pm
andrew-carey
Nice meeting all you folks? LOL I usually ski solo in solitude!  This time I brought my wife because I expected lots of people.  Here is a poorly directed video of the somnolent skiing on the Paradise Glacier Saturday amongst the maddening hoardes.


credits to those geezers appearing in the video besides me (65 yr) and Regine (69 yr) according to Silas Wild (64 yr): "1:42 to 1:54 in your video of Regine skiing shows me to the viewer's left of Eric Feigl's gang of five (Eric age 76 still skinning with Fritschi bindings!, Jon Wellner math prof and Seattle Mt Rescue, Norm Breslaw, Victor, and Piro Kramar age 72, member of Arlene Blum's Annapurna team in 1978, retired opthalmologist)..."
7/23/12 8:44am
powhound
We were there as well and kept running into Kyle and Travis. We saw who they said was Silas, who seemed to be doing laps around us, and came down to meet the seniors in the parking lot for a beer. Ended up giving Kyle and Travis a ride back to their car after a ranger gave em bogus directions.

All in all it was a great day, and saw way more people than I expected to on that route.