Jim Hill Has the Goods

With the avalanche danger finally trending downwards, I opted for a trip out Hwy 2 and had my eye on Jim Hill via the Lanaham Lake Approach.

I started up the TH at about 8 am and there was not a soul to be found. It was smooth sailing up to the lake.

However, getting out of the lake was a bit of a pain in the ass. There was a delightful layer of soft snow on top of some crunchy business. As I tried to go up, the fluffy goods would slide on the crust and I would fall. Eventually I abandoned the skis and put a booter for 20 minutes. Eventually the snow got deep enough that it was time to get the skis back on. And now there was enough fresh snow to properly skin! Thank god.

I made it to the ridge and the views were amazing. Clear skies as far as you could see. I attempted to ascend the ridge, but found that the winds have created interesting flutes making route navigation a total pain in the butt. I tried to navigate the maze eventually finding the trail of a small animal (rabbit?) that I followed for awhile. But this little guy was willing to head out towards the cornices and well, I was not.

Eventually I turned around and decided to enter in the north basin via lower elevation and the snow was so good. Deep and plentiful. Smooth.

After dropping 600 ft in elevation, i turned around started heading out.

There was a line of cornices on the ridge making ascent out of the north basin a little tricky, but there were several spots to safely sneak out from.

Skiing back down to the lake was a good 3-4 inches of fluff on top of a breakable crust. As the elevation dropped, the crust got harder, but still enjoyable.

From the lake to the car was good old proper Cascade concrete. 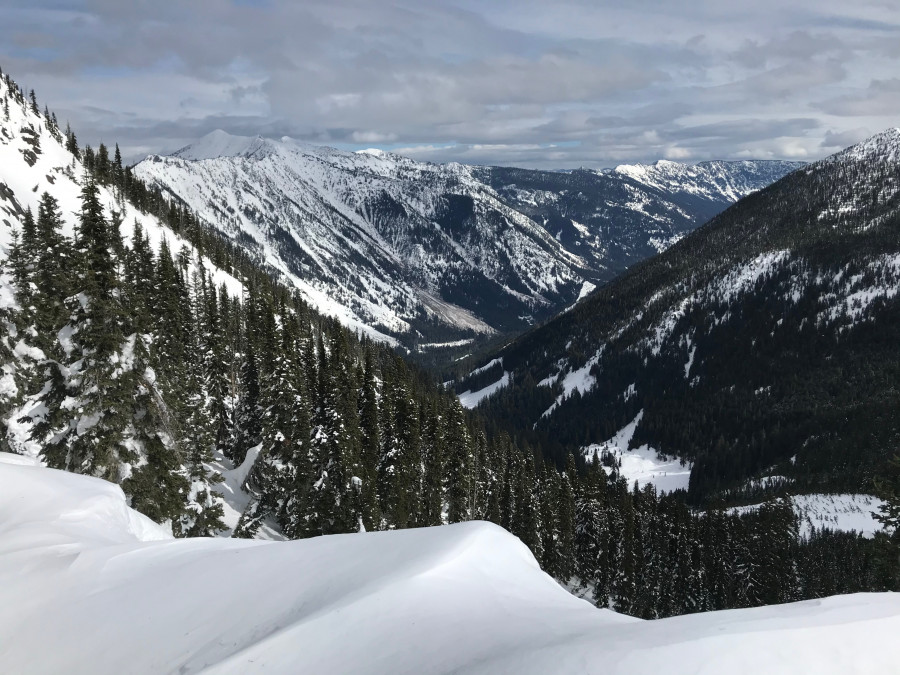 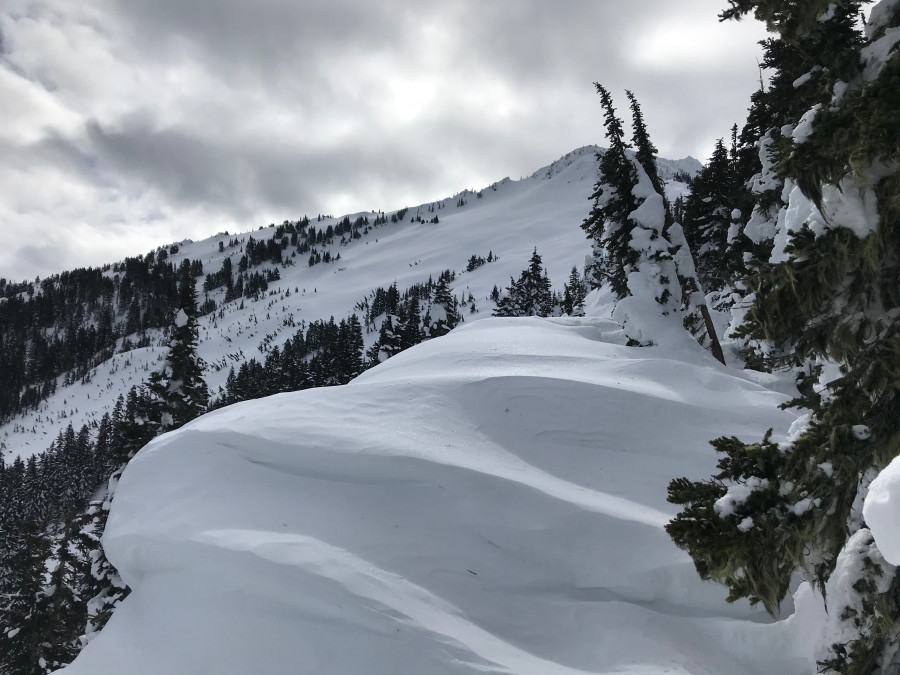 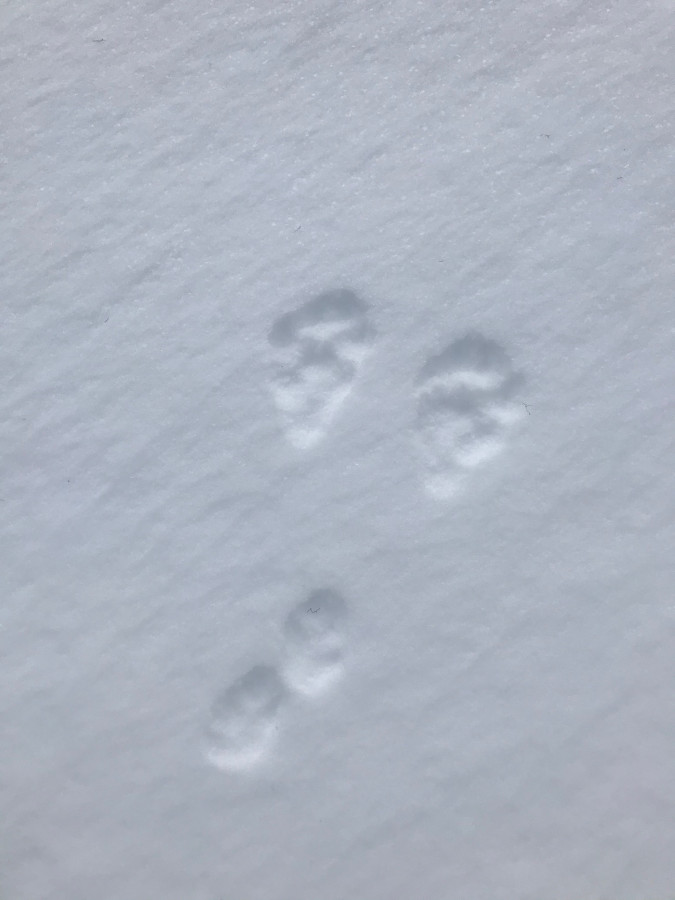 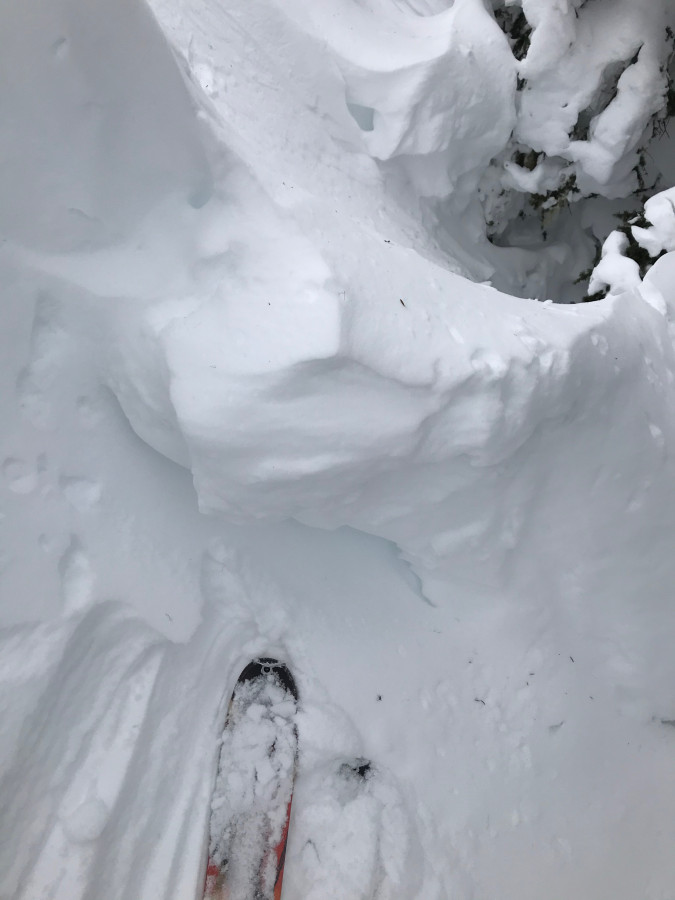 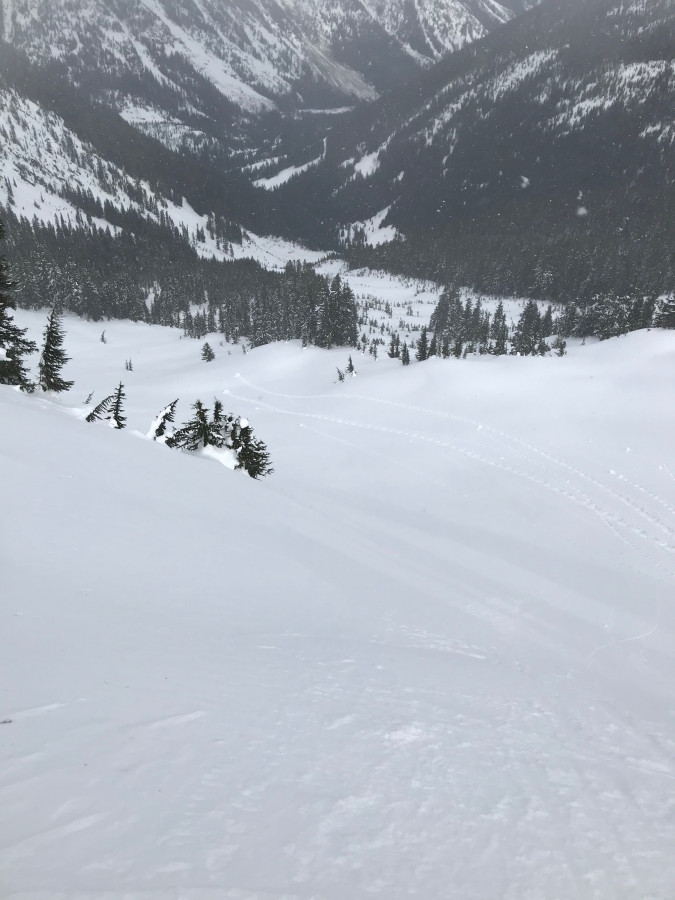 View back up the north basin 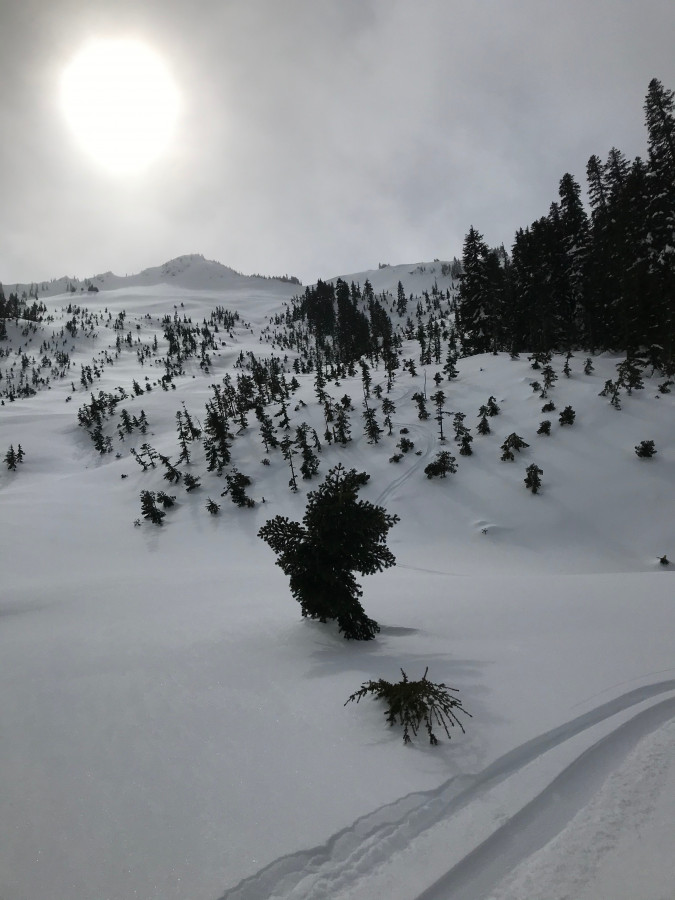 Corniced ridge getting out 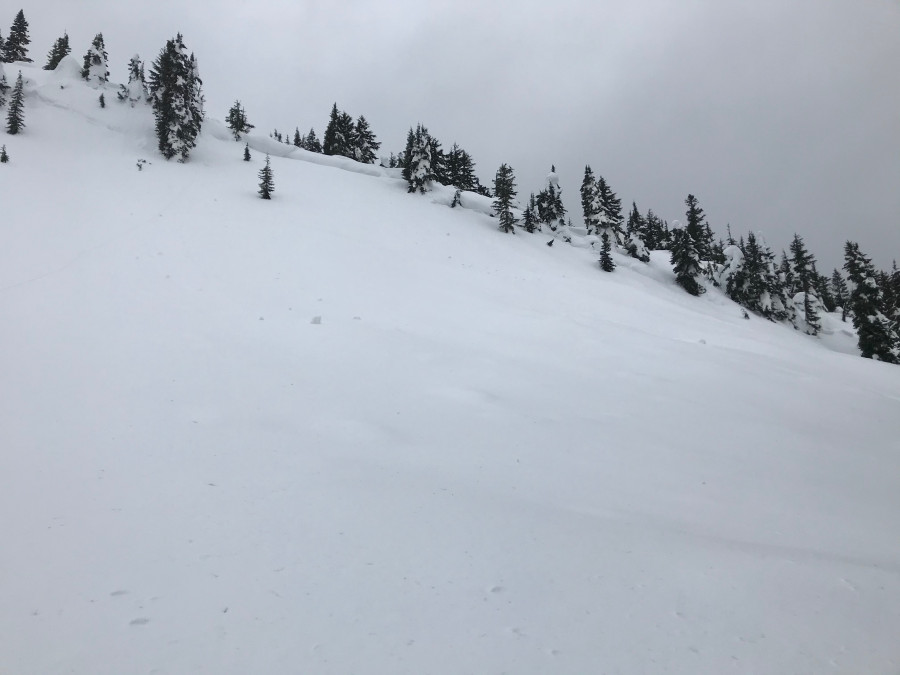 If you had to ballpark an elevation at which the snow became pleasant, what would it be?

300 Feet above the lake maybe?