Jim Hill via Henry Creek. We were lucky enough that a previous track was laid 3-4 days prior that we could follow and avoid having to entirely break trail until the north bowl. The avalanche chutes at 4,200 feet near the waterfall cliffs on the Henry Creek basin had run sometime before the most recent week of snow. Snow was very dry powder and the conditions were cold cold cold in the north bowl (registered 5 degrees). Made it to the notch on the western ridge of the bowl at 6250 feet. We were worried about dry loose slides, but everything seemed stable or not to be propogating.

Met a couple who came up via Lanham Lake and said it was pretty brutal breaking trail that way, so we were glad we chose the Henry Creek approach. Last March we toured Jim Hill via Lantham Lake and while it was exciting to gain the ridge and drop into the other-side we were nervous about the dry loose on the steep slopes above Lantham and the lack of snow assessment on the ski line before dropping.

Dropped into arguably the best snow we ever skied. Theres a stand of trees at ~5,900 feet on the western side of the bowl that are the highest group of trees below the open bowl (47.74254, -121.00633). We dropped skiers left of them to follow our up tracks. Last year we dropped skiers right of them and I would argue that dropping right is the better and longer line and avoids more trees (but you have to make sure to swing left before the falls at 4,600 feet).

On the up, breaking trail in the bowl 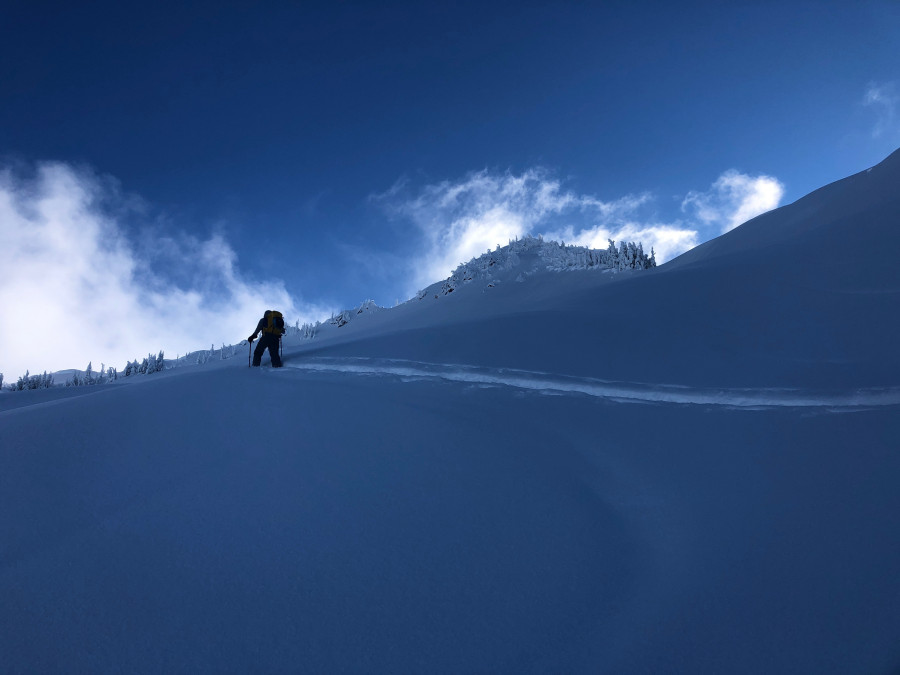 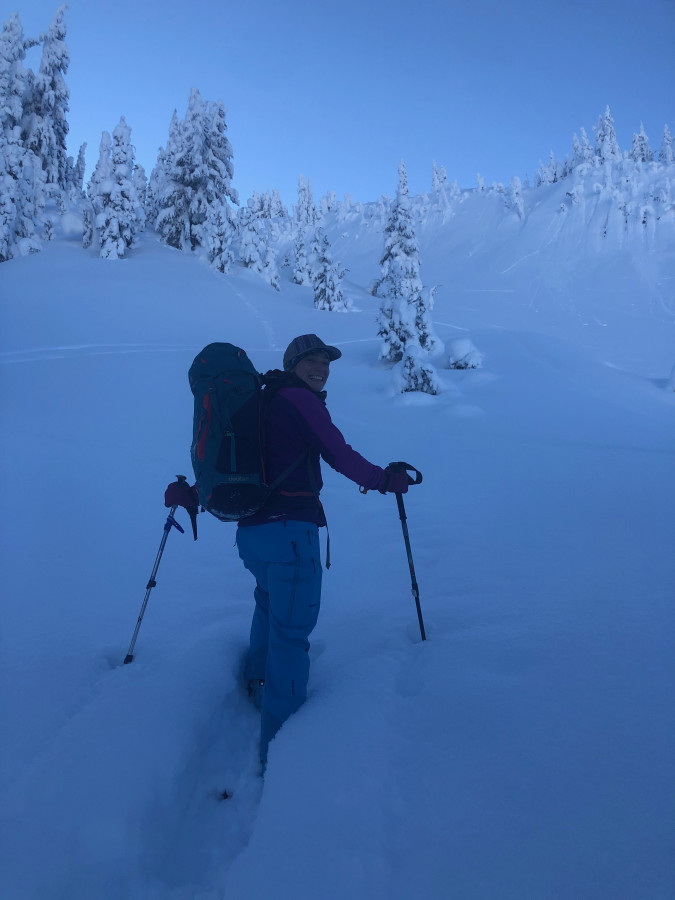 Blue bird, but no sun for us 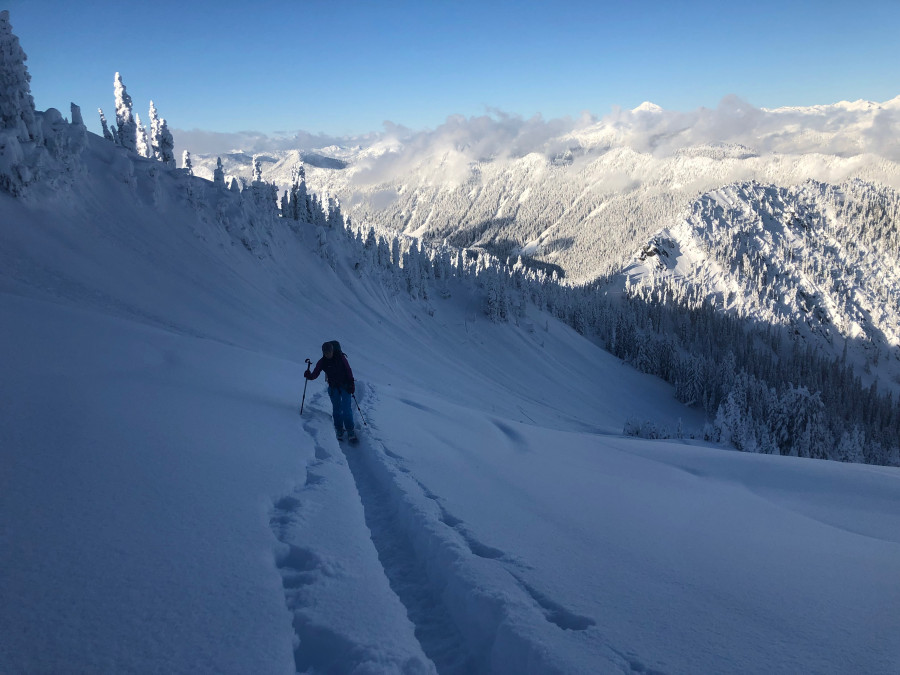 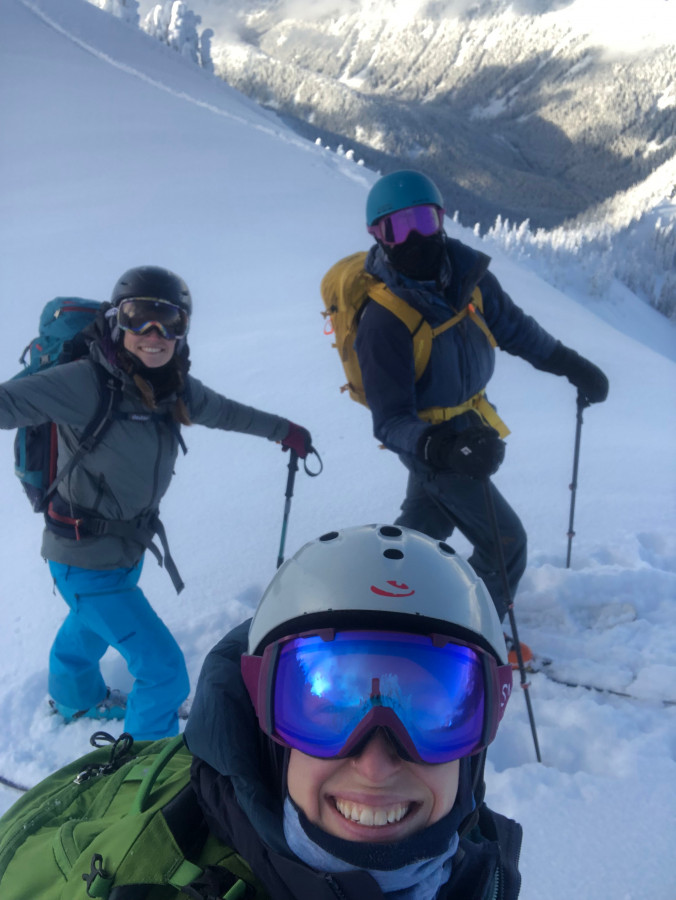 What!? Awesome!!! I haven't visited this area for a long time (like 30 years) maybe it's time for a revisit! Thanks for the stoke. Awesome!