With the improving avy conditions we were looking for something fun and new to do and decided to take advantage of the low/low/low at Stevens to go/go/go up Jim Hill (inspired by a post on facebook). We followed the Lantham Lake approach and out Henry Creek.

Snow in the woods was icey/concrete on the approach. Hit the lake and went up the to the ridge. The snow was 2-3 inches of soft/wet on top of crust and given the steepness decided to follow a boot track up because skinning was a pain and snow would sluff (seems like the poster from the day before had the same issue). As we got higher approaching the ridge, the snow got dryer, but still on a crust. Ran into the facebook posters (Hey!!) 3/4s the way up and gave our thanks for the steps while following them for a bit and switched leads booting to the ridge.

The ridge was corniced and skinned until reaching windy flutes. Decided to boot from there weaving our way up and around the flutes along the ridge, trying to stay away from the corniced edge as much as possible. Made our way to a small bowl/depression on the ridge at 6,280 feet.

With the cornices and wind loading, were were a little concerned about slabs given the convexity of the drop and seeing a slide in the area from a few photos. so did a compression test. There was two layers at 1-2 and 6-8 inches. The 1 inch layer failed after a few wrist taps, the 6-8 inch layer failed after a few elbow taps. Everything below was stable. The group behind us met us in the small bowl and talked things over with them. Given the avy risk for the day, relative stability and slope, we decided to go for it.

And we got a sweet 1,800 foot line of powder to 4,500 feet. On the line followed the other group, staggering, until the small trees then partied skied with them!

At the waterfall section around 4,500 in the henry creek basin we stayed skiers left and the snow became crusty mixed with older avy debris. Moved skiers right of the creek that was a mix of dust on crust out of the woods and tree bombed death ice in the woods.

Walked the side of the road back up to the nordic center.

Skinning up the ridge 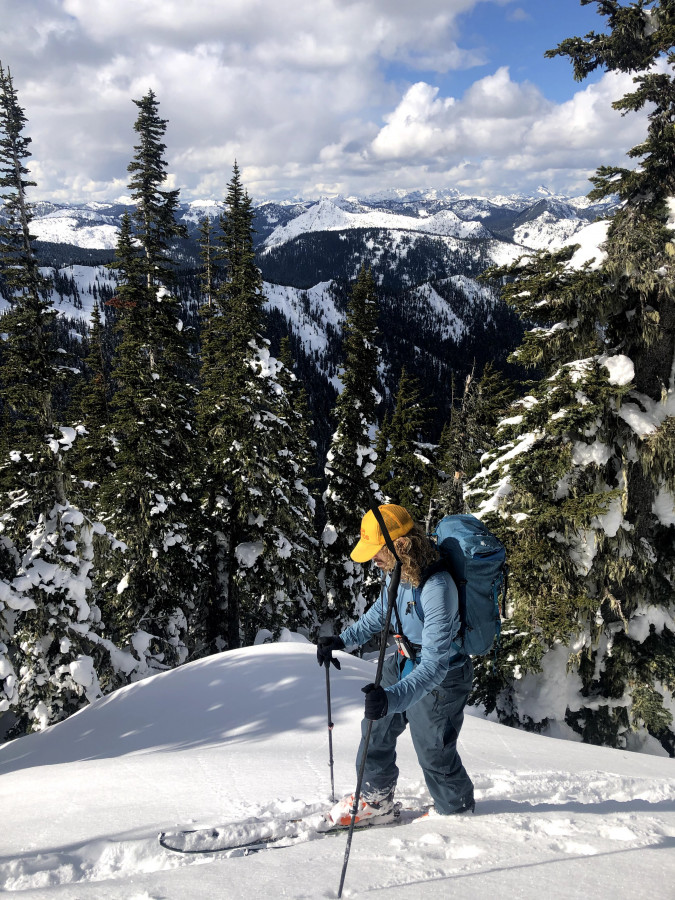 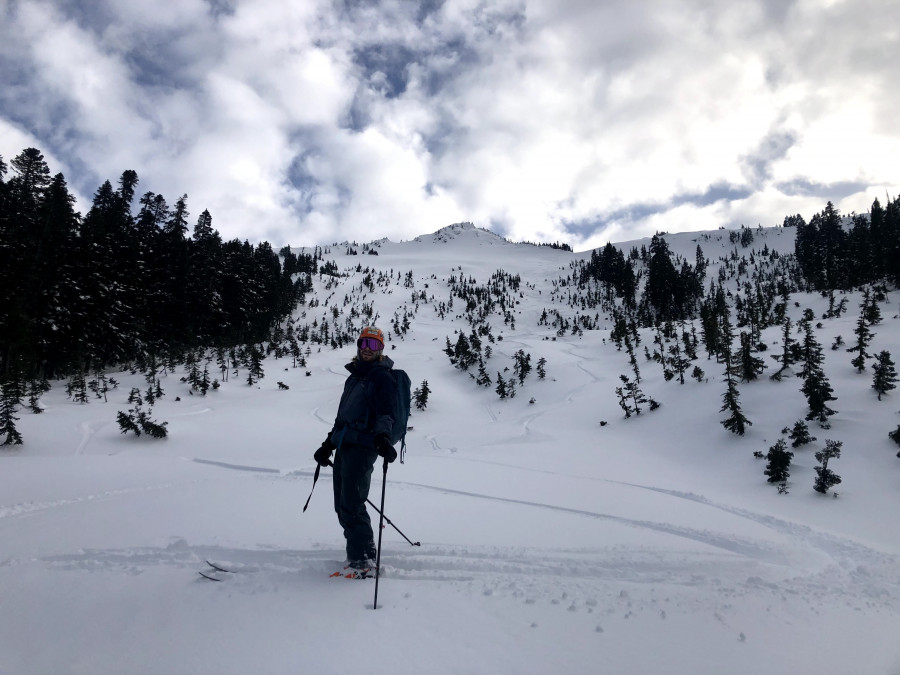 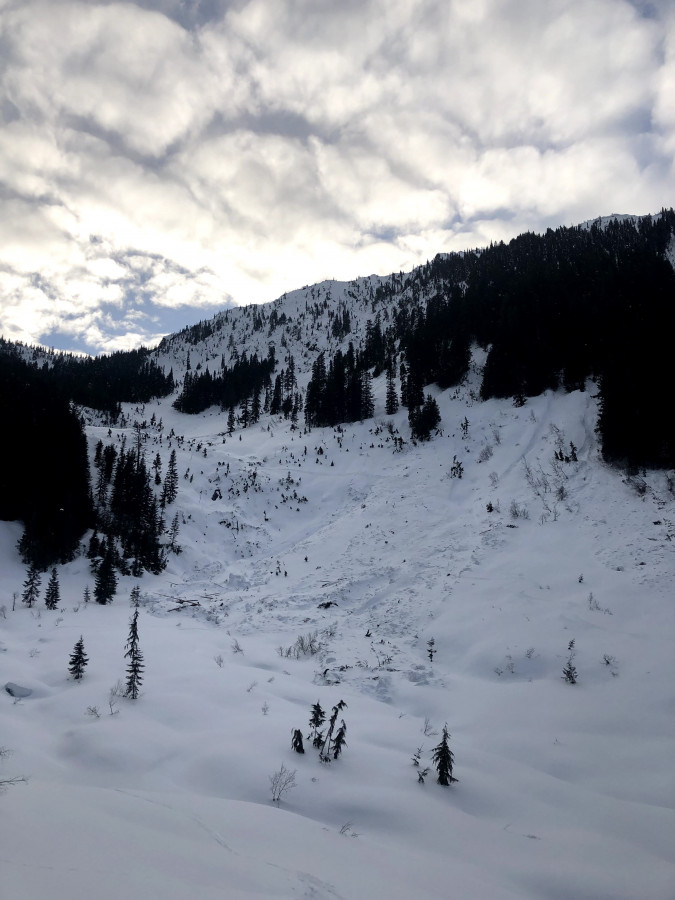 Hahaha, only booted up to the ridge and above where your dropped in, so your skin track should be safe.