It wouldn’t be a day on the Russell without clouds

Set out for August turns on the Russell-Flett with Team Plan B: Blake, Bruce, Brad and us, the Browns. We had an enjoyable walk up through Spray Park, finally hitting skinnable snow at 6000’. We ditched our shoes and buried our trail beers in the snow. Skinned up to Cat Eye lake with minimal shenanigans and hopped some rocks climbers’ left to the lower Russell, only to find that snow was not continuous below Echo Rock. Walked over more rocks. As we rounded the corner up past Observation Rock, the icy sidehill got...well...icy and sidehilly. Blake opted for booting, the rest of us threw on ski crampons and inched along while watching another party go for a good slide. I hate icy sidehills and entertained Brad with my grunts and squeaks of displeasure.

Ugly sidehill safely completed by all, we continued up the Russell to our high point of the day at about 8600’. Above that was dirty snow and bathtub-sized suncups that just didn’t look worth it. Strange that the snow was smooth and white up til that point. I theorized that it was thanks to our low cloud cover earlier in spring and summer, while the upper mountain possibly had sun? Who knows.

We stopped for a summit beer and lunch, watching clouds build and a warm wind blowing in. Decided to descend before vis got any worse, and enjoyed smooth corn back to the track up to the Flett headwall at Observation Rock. Clouds had pretty well socked in at that point, so Blake and I opted to wait on the Flett while the rest of the team hiked up to ski the headwall.

The wind turned cold while we were waiting, and after several rounds of Marco-Polo, we found the rest of the team after they descended about halfway down the Flett. Vis improved greatly once we were below the clouds and we had an uneventful exit back to our shoes and trail beers - which were mostly melted out after burying them in the morning! Leaving the park, we looked back to see a huge lenticular engulfing the summit. Great day Team Plan B! 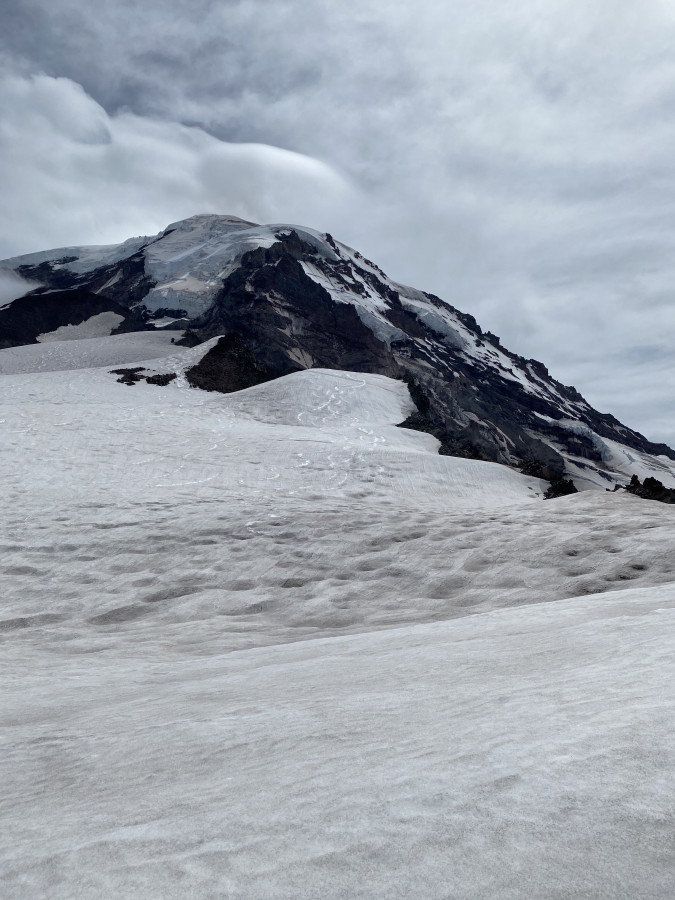 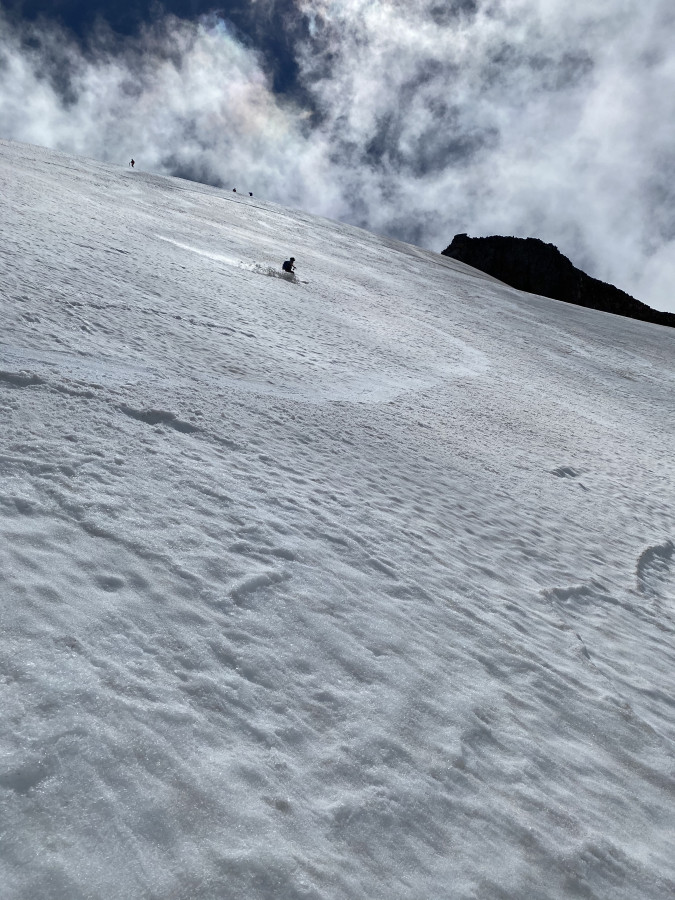 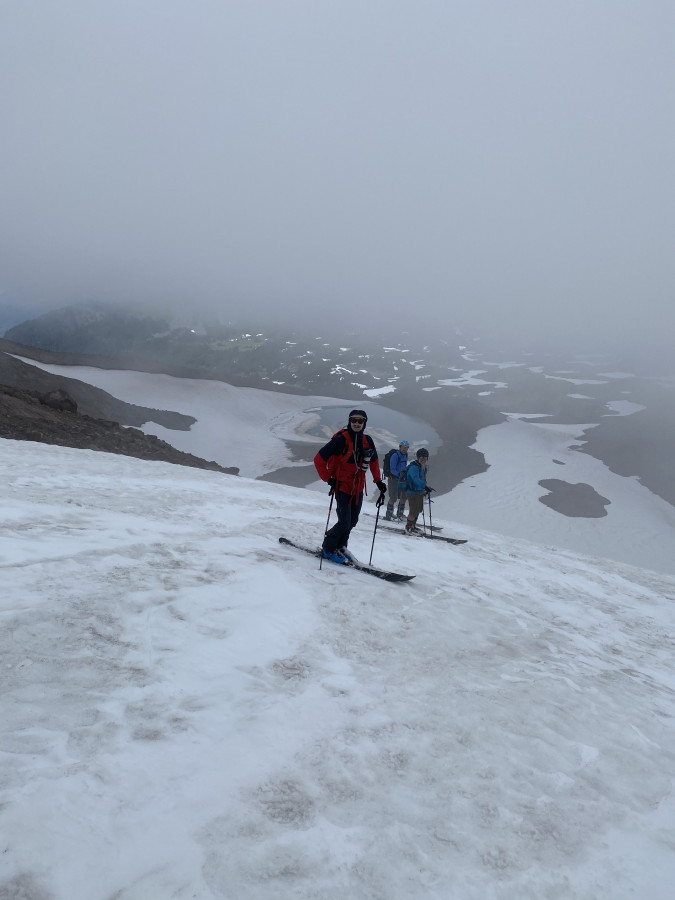 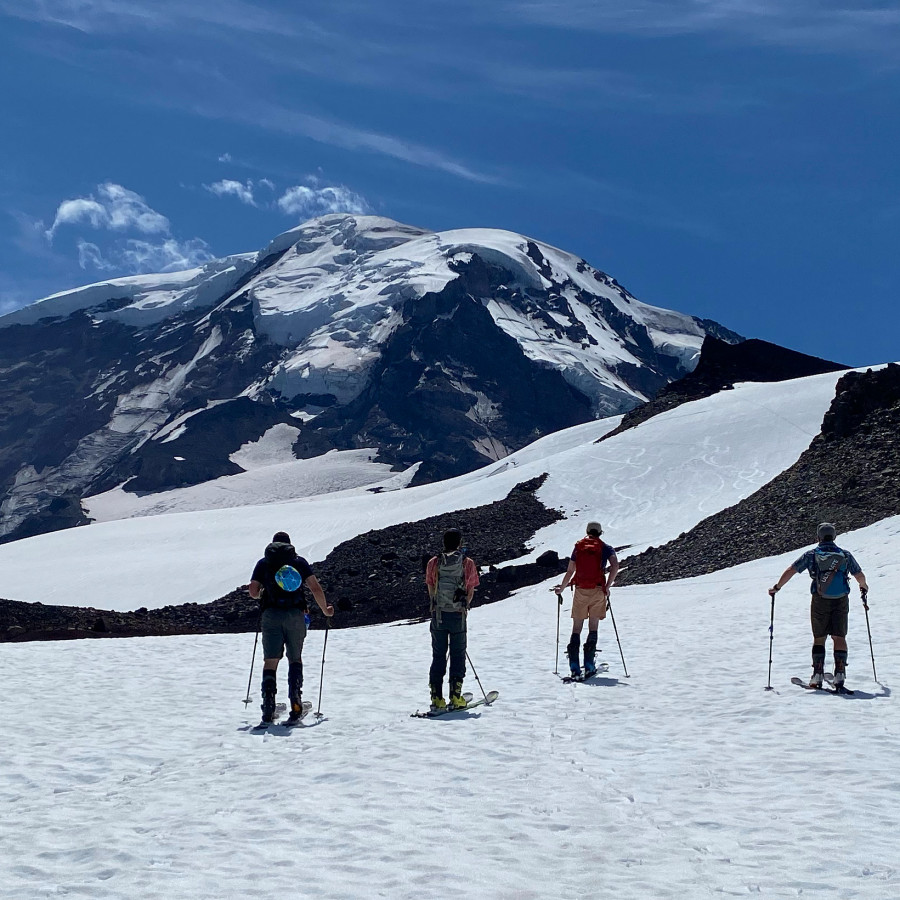 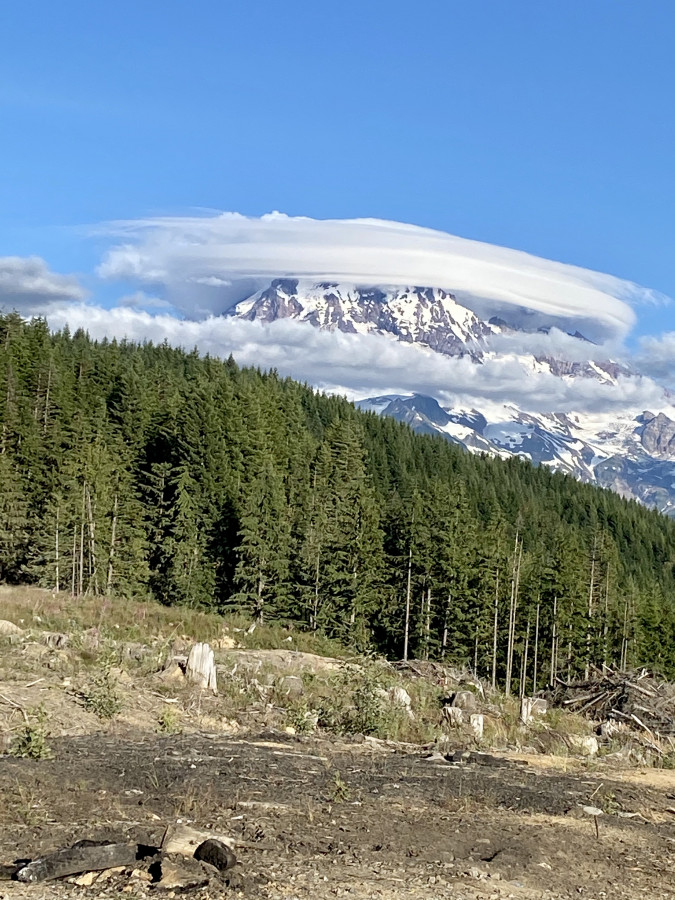 What's with the spate of summer reports?

Is there some TAY technical hiccup going on?

I’m lazy AF and finally catching up on some TRs.