Inspired by Bryan's Frying Pan TR a couple of us went for Inter Glacier as a stretch goal. We left town in a foggy drizzle.  By the time we were loading our bikes for the first phase, the sky mostly cleared and it was a mainly sunny day.

You have to park on highway 410 since the gate is closed right at the Sunrise Road turnoff.  It blandly just sez Road Closed, no mention that bicycles are allowed for dispersed recreation.  A maintenance truck came in while we were setting off and the driver was rather unclear about that, just saying the park is closed.

So we set off on bikes.  About a mile in on the right is a pair of portable toilets, showing up at a convenient time.  We rode on by the ranger station, waving at all the people waving back at us.  At the White River Campground turnoff, the target of the road crew is clear: they are working on the Sunrise Road, and entry of any kind is not allowed while they are working there.  At the campground there were two private cars in the lot.  We would maybe see the owners later.  Parked the bikes and put on hiking boots.

There were a few timber obstacles on the trail and few ambiguous turns though easily figured out.  We switched to skis about a half mile short of Glacier Basin, hanging our shoes on a trailside tree.

The previous trippers, maybe a dozen visible tracks, left a nice skin track to follow.  I was glad to have my ski crampons though my compatriot did fine without them.  It's pretty clear we are getting old since it became a bit of torture to keep going to the top of Steamboat Prow.  We arrived just after 5pm and there was a cold wind coming downslope.  It's definitely getting late so we take some pictures and head out.  In one of the pictures you can see two climbers departing Camp Schurman.  We would watch them march on a somewhat downhill track to the east for maybe half a mile where they then appeared to make camp.

The skiing was at best athletic.  That cold breeze affected the top 1000' or so to make a hard crust, that became breakable crust.  Further down it turned into crusted mash potatoes, then something I could actually make a good turn in.  Then it turned into the usual slushy stuff.  It could be better snow with some more settlement and metamorphism. When we crossed the shadow line going down, the light went flat removing one dimension.  A hard left took us through the line of small alpine trees on the north side of the creek which was good fun.

It was about twelve hours car to car.  I'm quite sore as I write this dispatch.  We were the only ones headed up Glacier Basin this day. 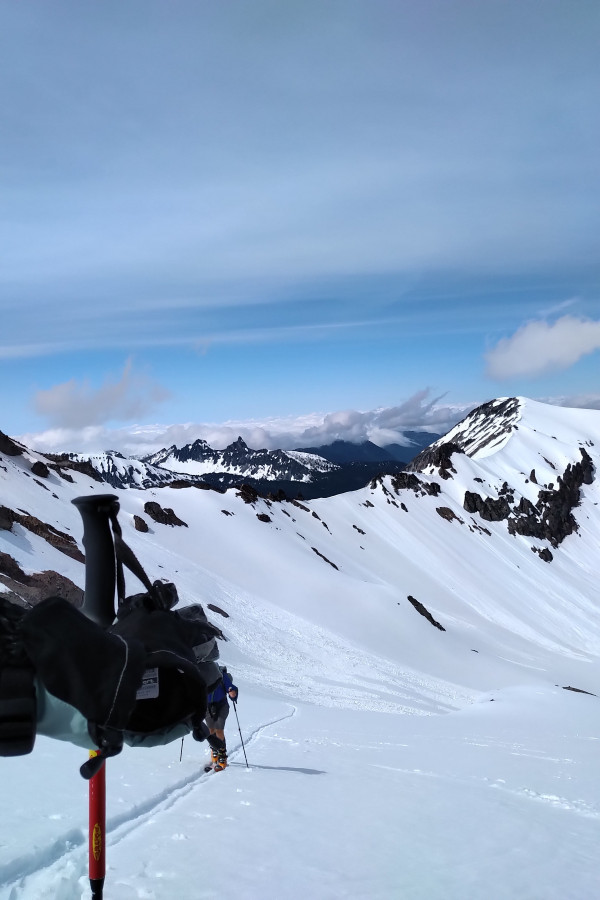 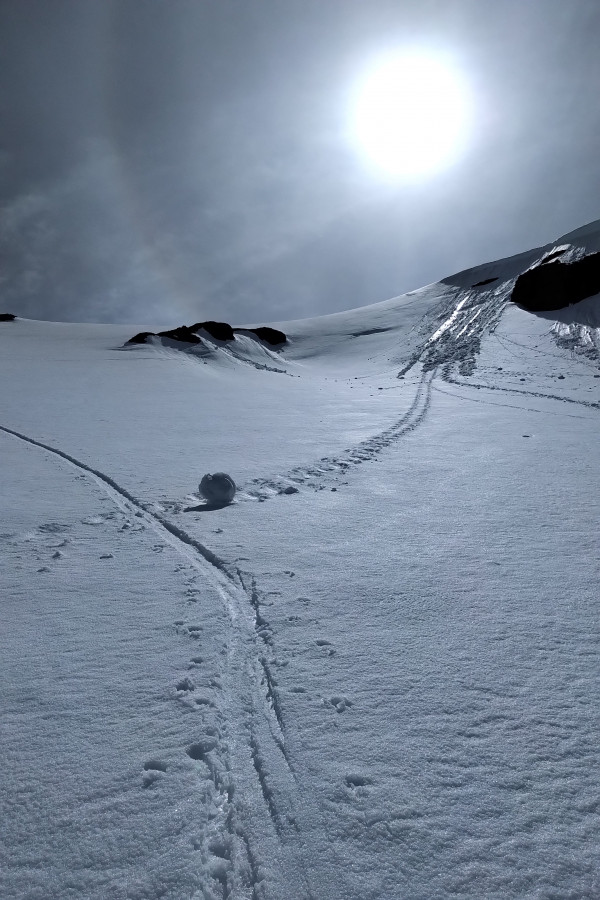 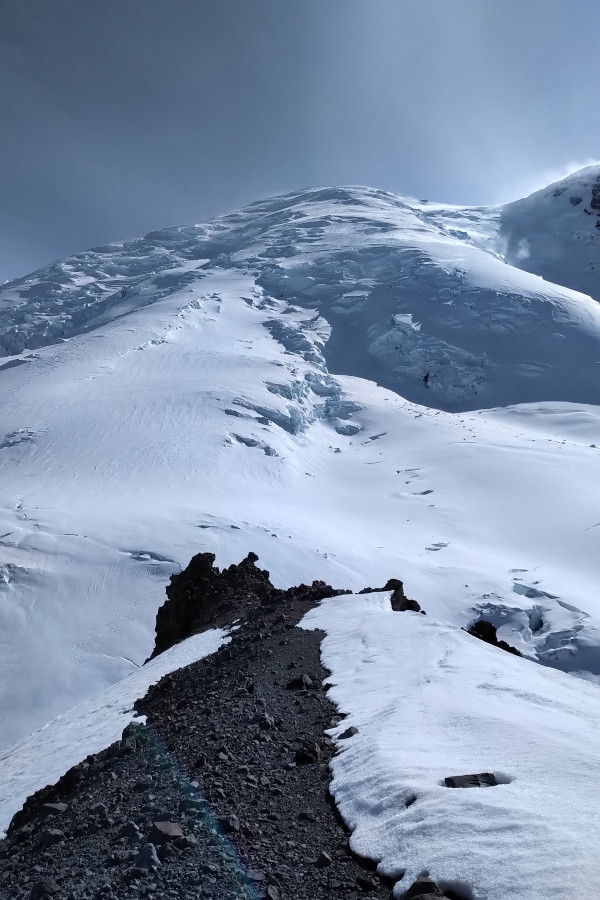 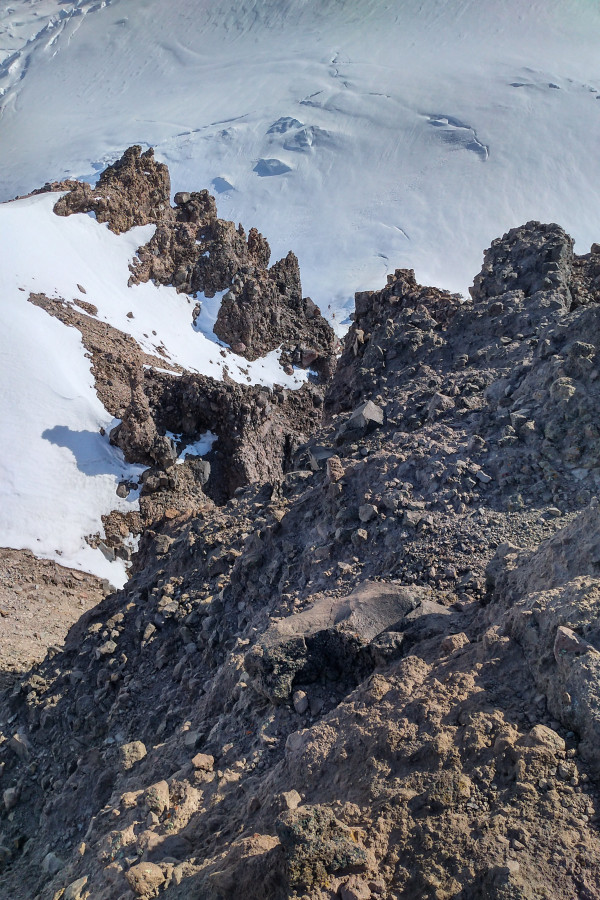 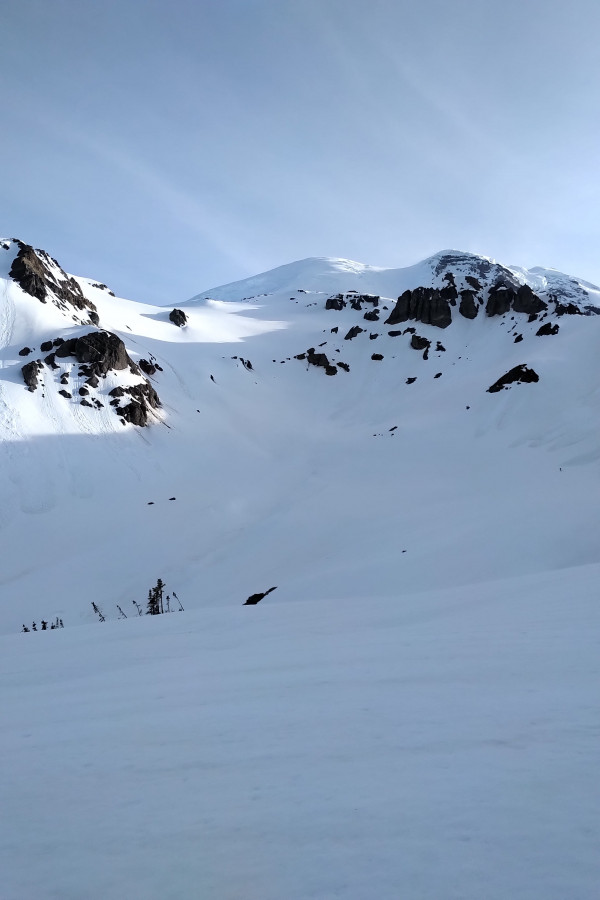 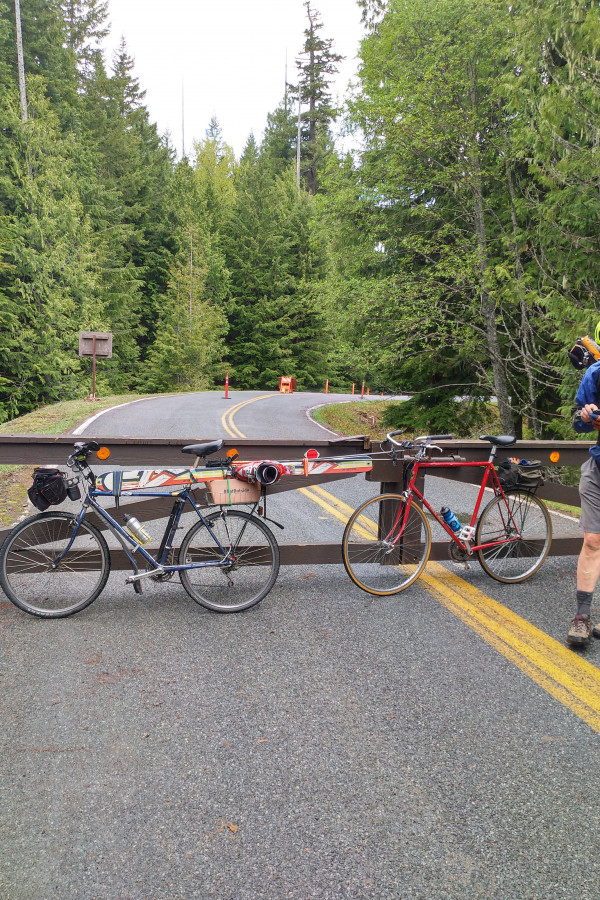 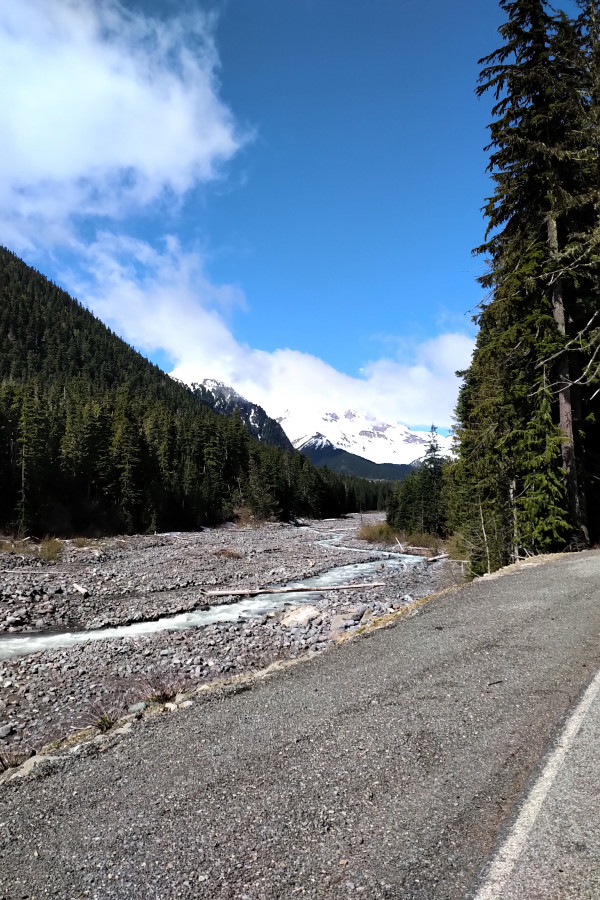 Nice adventure. Thanks for the update...Hard to breakable to mashed...Sometimes you just can’t win. I’m sure looking back it’ll be more fun! Nice pictures.