Taking advantage of a narrow weather window two of us marched up the Glacier Basin Trail thence skinning to the top of Steamboat Prow in a little over six hours. Leaving the car at 9:45 we were the late people.  It started out severe clear and warm.  At transition it was turning white, cold, and windy so no sitting around taking in the view.  The skiing exceeded expectations even though it was fairly slushy unconsolidated snow on not really settled base resulting in turns that made deep impressions.  I skied down to the last bit of snow on the trail, about a mile and half from the parking lot.

Part of the point of this expedition was to check out climbing conditions.  Of summit attempts that day, only skiers topped out according to one account.  Regular climbers were endlessly postholing and gave up after awhile.  The rangers warned against summit attempts due to avalanche conditions on grades over 30% (I think they meant 30 degrees).  The skiers route to Camp Schurman from Camp Curtis dropped really low compared to normal, with no indication whatever of the usual crevasse on the Emmons just below camp.  There was quite a crowd camped at Schurman despite the rather terrible weather forecast of high winds and snow to come.  All appearances show a late and long season for the north route.

In the class of people with ambition, there were two guys who were going to sleep in their car in the parking lot, get up at 2am, head for the summit and back in one go into the 40 mph winds. 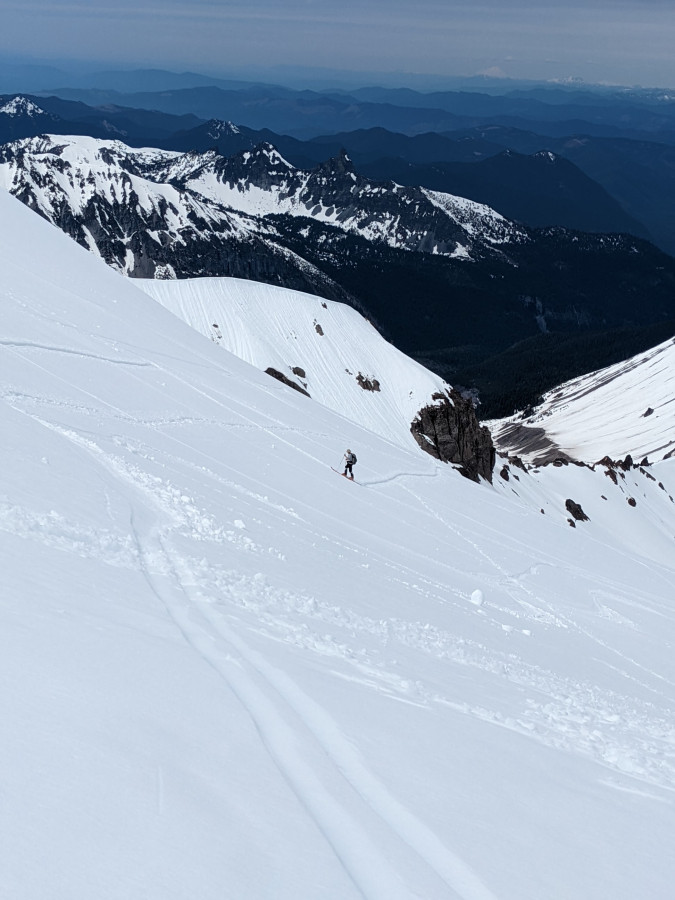 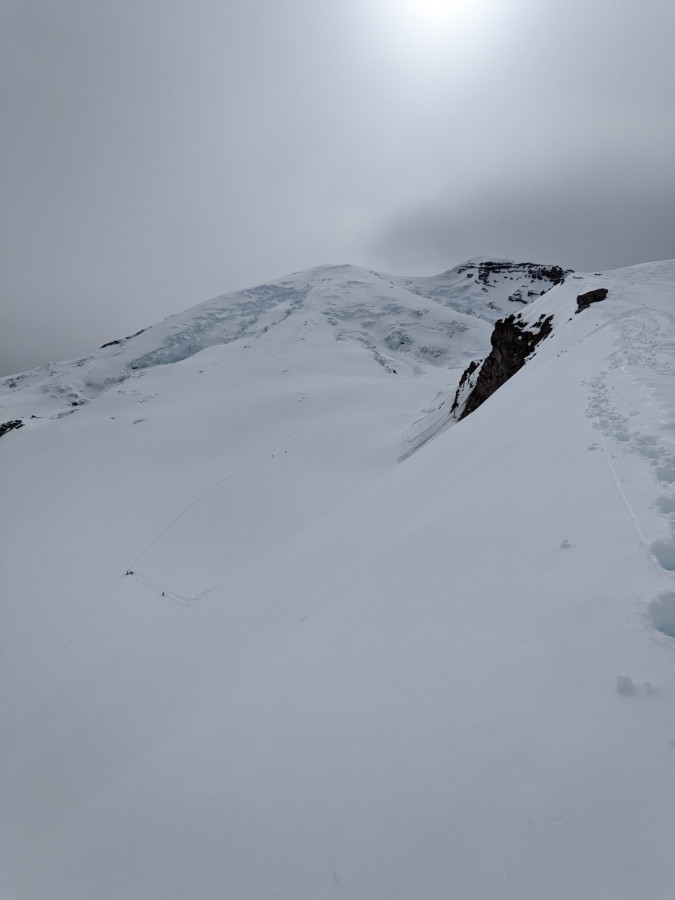 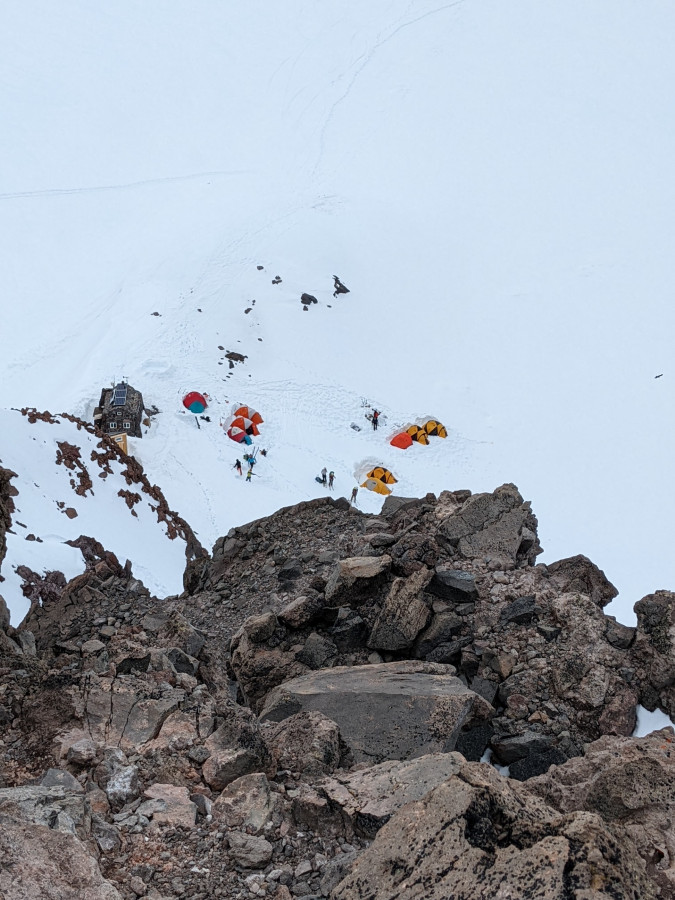 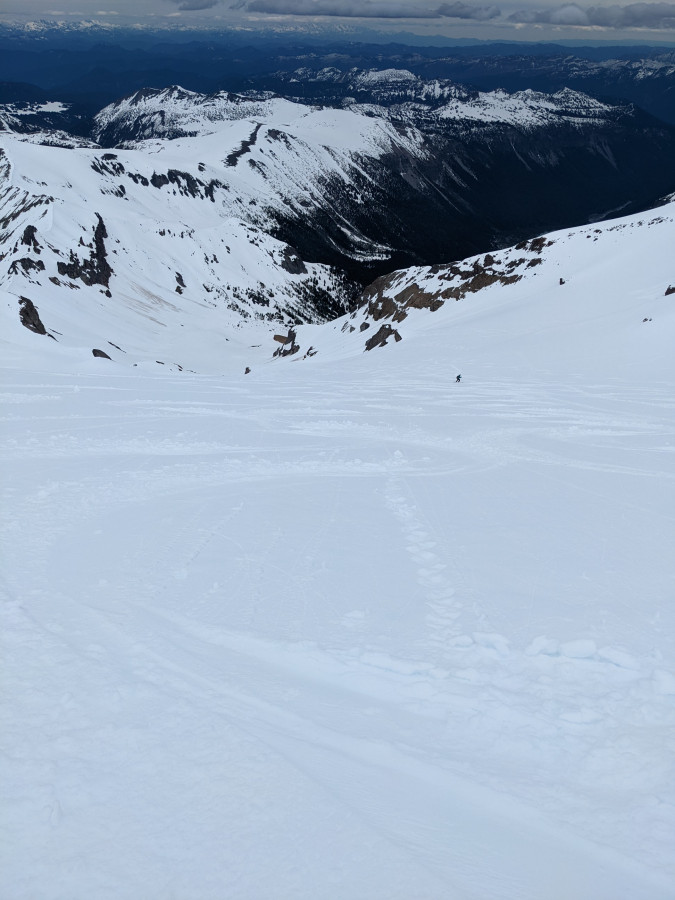