With all the scary avalanche talk further north we thought about going south, so why not Norse Peak area up from Crystal.  Haven't gone this way for years.  There's a bunch of new signs pointing where to go on snowshoes with cute names, but nothing really maps "Ted's Trail" to "This way up to the ridge."  So in the track you can see a different up track to down.  The weather was persistent cloud cover with occasional sunny bits and fog.

We made it to the next knob south from Norse Peak where an old wooden sign read Houser.  The Caltopo map shows it as Platinum Peak.  There was a bit of crunch going up this west facing route.  We took one trip down to the southeast and found really nice well supported powder (3/4) and the rest kinda crusty cruising through the burnt trees.  We found a skin track back up, and found ourselves right where we started.  There were a few survival turns back down to the cars with really good turns mixed in, not always clear which way it would go until we were in it.  Six hours total. 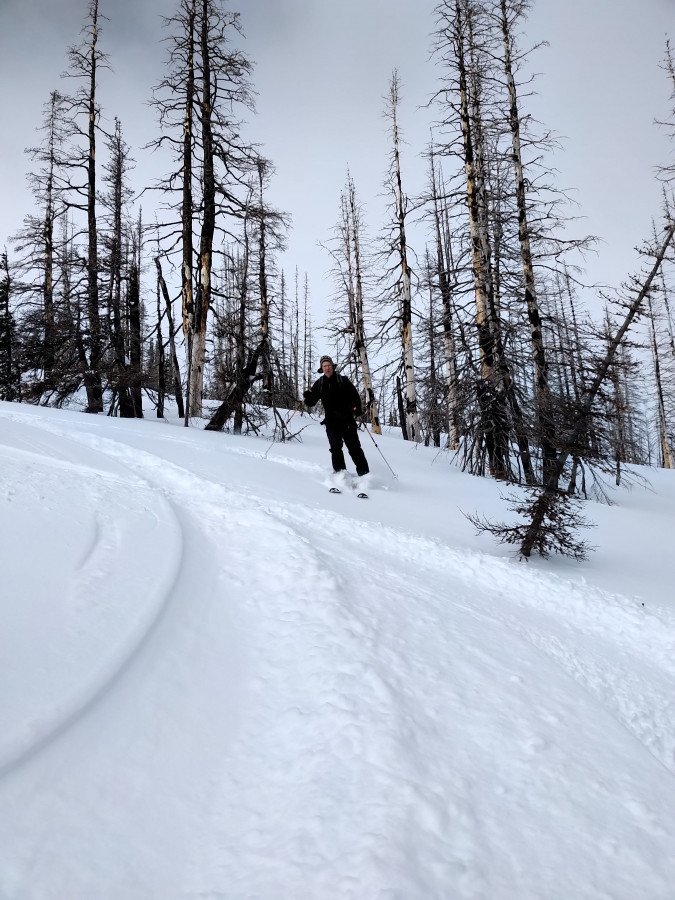 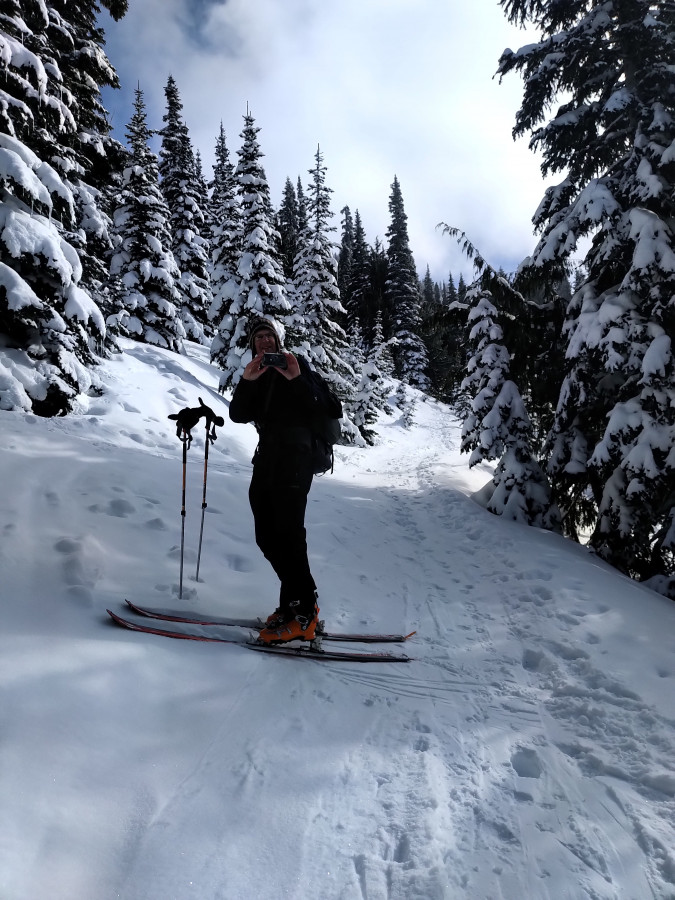 Good choice. Thanks for the report.

Nice.  Looks like a low key place to check out when the avy warning is up -- like the next week!

Both sides of the Cascade Crest in this area are steep enough to avalanche and kill you, and it has happened in the past here. Folks should not consider this a low-hazard area, especially given current conditions.

Thanks -- I wasn't suggesting to go blindly anywhere.  As usual, take the typical precautions. Geesh.