With Dan G’s report on few days earlier, I had somewhat optimistic expectation and headed to Heather-Maple Pass loop at North Cascade on 10/24. Even at the parking lot, there’s about a foot of snow, and easy skinning started from Hwy 20. I followed Dan’s trail report (clockwise touring).
with pre teen girls, it wasn’t easy route especially we had to break the trail all the way to the top of pass. 5700ft above, Snow was very nice dry powder-ish with occasional avoidable  sharks. The top of pass had a thin wind crust but nothing much to worry about. If I was there myself, I would make few laps towards to Rainy Lake. I would recommend going counterclockwise and do some laps at the top if anyone goes there next few days. It was snowing moderately in the afternoon to early evening. 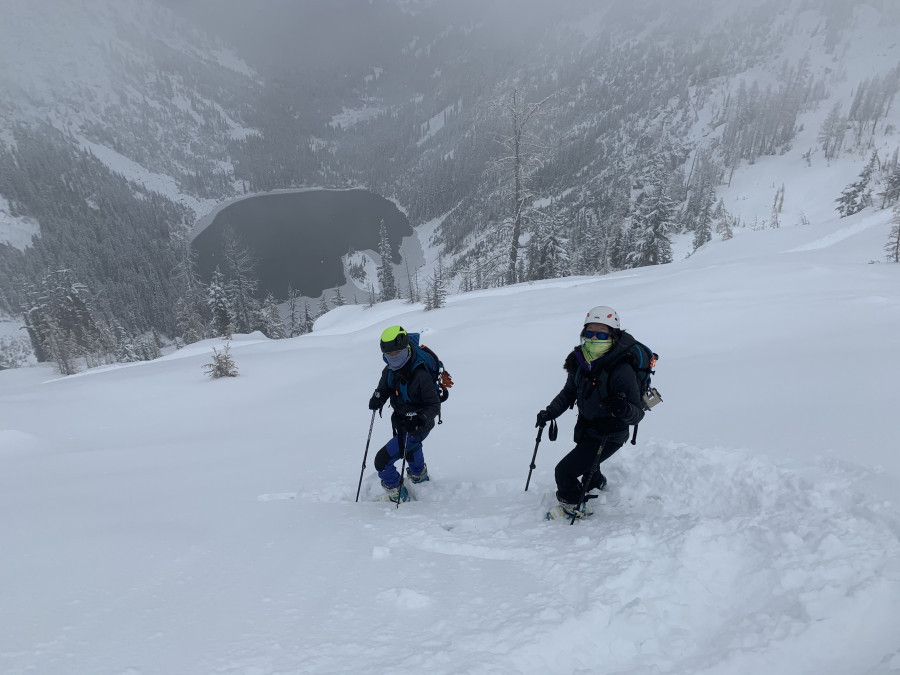 At right above Ann Lake, weather wasn’t as nice as the forecast.