For the last couple of seasons, the snowpack in Mazama has been relatively friendly to tour on, even at lower elevations and without a snowmobile. After a week of skiing all over the valley, Eric, Kyle, and I decided to make an attempt on the lookout at Goat Peak – which as far as we know doesn't see very much ski traffic. The peak sits just above 7000ft, making for a ~4700 vertical foot run to the valley floor, for those who either care to navigate the rocky lower flanks of the mountain or skin miles up a FS road with heavy snowmobile traffic.

Rather than share the FS roads with snowmobiles for many miles, we instead opted to start a half mile down the road from the Bush School trailhead and pick our way up through the cliffs lookers right of Phun Rock, following an existing snowshoe trail to around 3000ft. Above the cliffs we found steep and well-spaced tree skiing below FS road 5225. After crossing the road the routefinding was relatively straightforward up the SW ridge of the peak to the summit. Despite lots of wind affect near the summit, we were able to make our way to the lookout without too much hassle. And while I think other tours in the area offer more bang for your buck skiing-wise without having to navigate the sharky and cliffy bits near the valley, the views from the lookout in winter are pretty spectacular.

The descent was more or less identical to the descent, except for ending up a little too far skiers left around 3600ft, which led us down a much brushier route than we came up. Below 3200ft things got pretty sharky and we all walked away from the day with pretty scraped up bases, but the satisfaction of getting to a viewpoint not frequently visited in the winter. 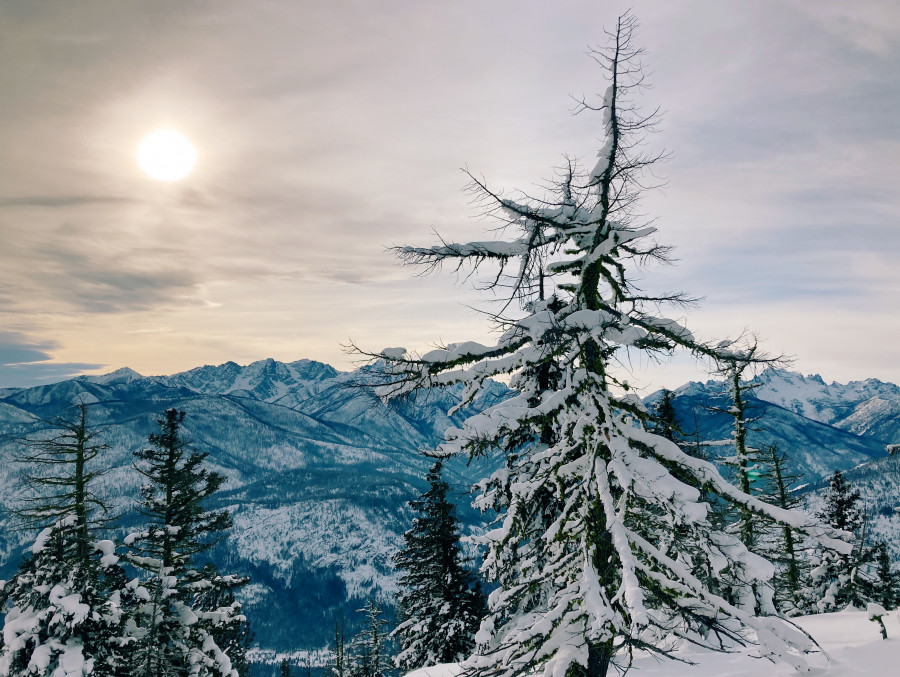 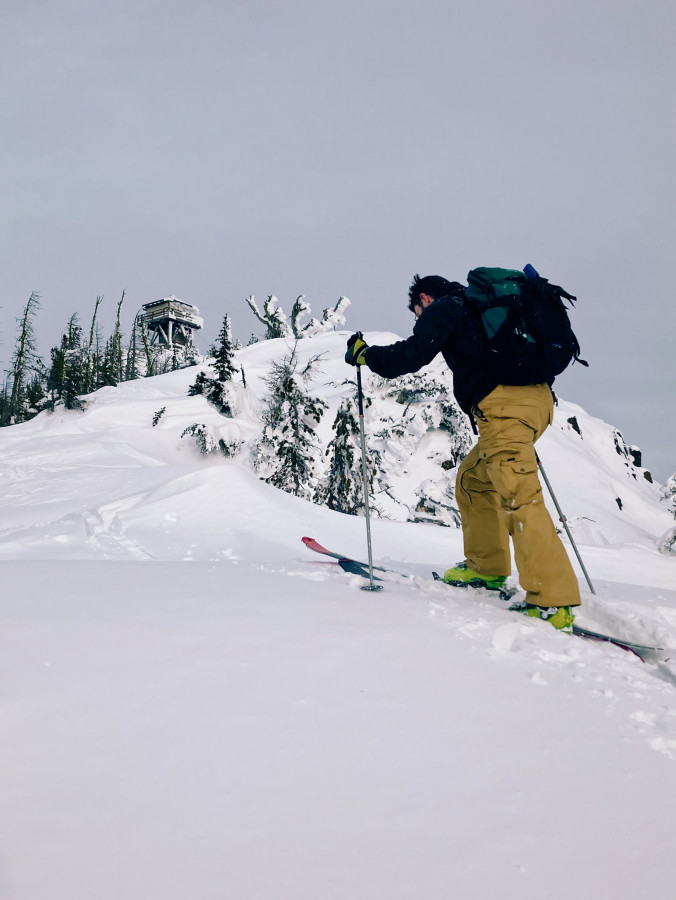 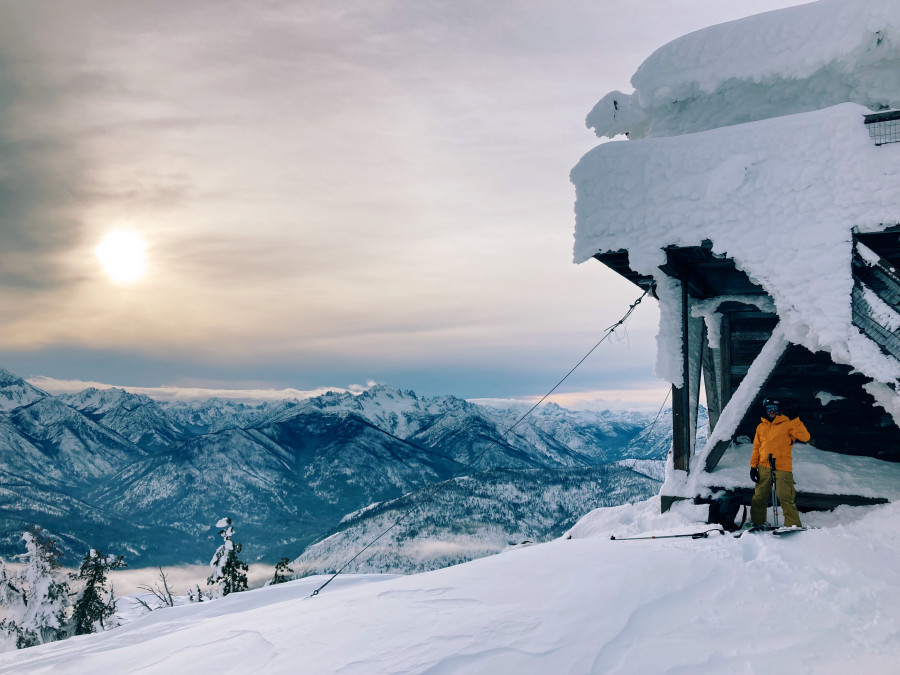 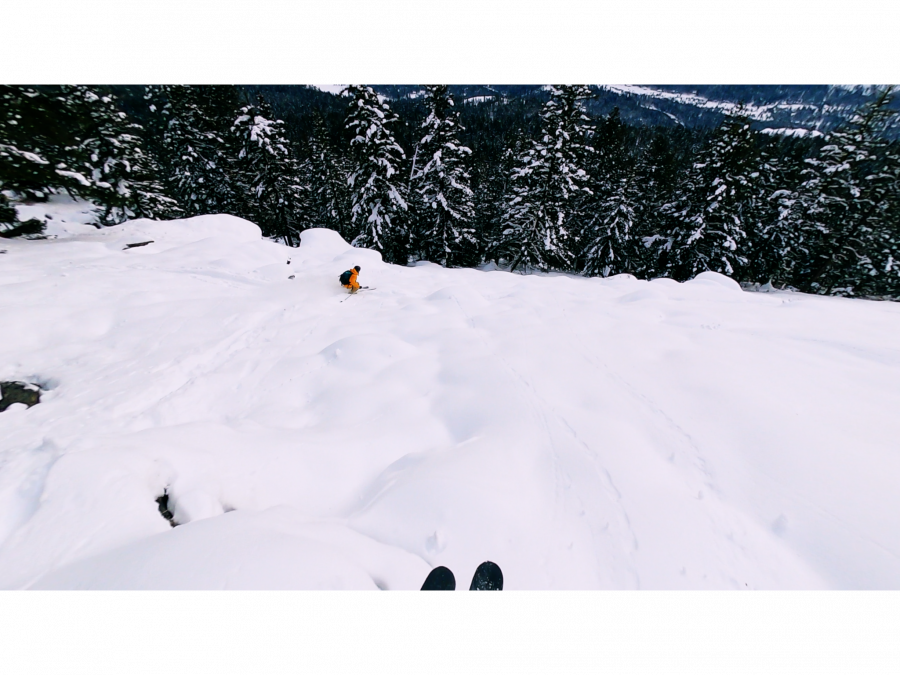 I plotted what I think to be very close to what you describe on Caltopo and was wondering about snowmobile traffic on the road. Curious as to what other tours around the valley are as I'll be over there sometime the end of the month and wouldn't mind getting out!