A mid-march spell of high pressure was upon us, with some scattered snow storms intermixed. I needed a day off of work, so I texted up Anthony and made a plan for Wednesday: GOAT. Right across from Shuksan, I had stared at Goat many a time, wondering and dreaming of its slopes. I had read a friend's trip report from earlier in the season about awesome couloirs off Goat Mountain West, which he dubbed the "Udders." 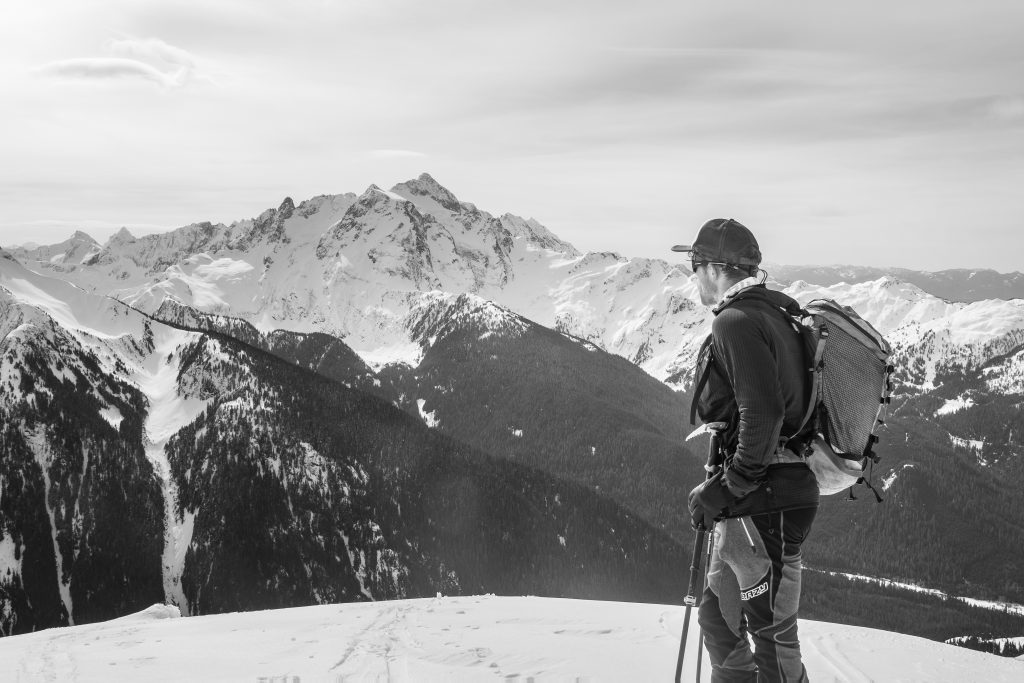 Anthony staring over at Shuksan from Goat. Baker pulled in 7 inches of new snow on Sunday/Monday, more than any other area in the Cascades (typical), and Anthony and I were stoked on Goat. We figured north facing aspects would hold on to good snow and keep cold powder. At least that is what we were hoping for... Anthony brought along his friend Max, who is a pro snowboarder and rad dude overall (check out his website). We met up at the Shuksan Picnic Area at 630 AM, where the road to Hannegan Pass was snowed in. We threw on skis and began skinning right from the car. Our plan was to skin up the summer trail on the south side of Goat, then ski out Twin Lakes Road, making a loop. We originally intended to explore Goat Mountain East as well, the higher of the two. Skinning up the summer trail felt monotonous, with low angle switchbacks for MILES. It was 7 miles before we poked out into an alpine bowl beneath Goat Mountain West. The refrozen snow was easy to skin on, and enough of a breakable crust that we didn't need ski crampons. We booted a few sections that were firm, but overall the travel was quite easy. 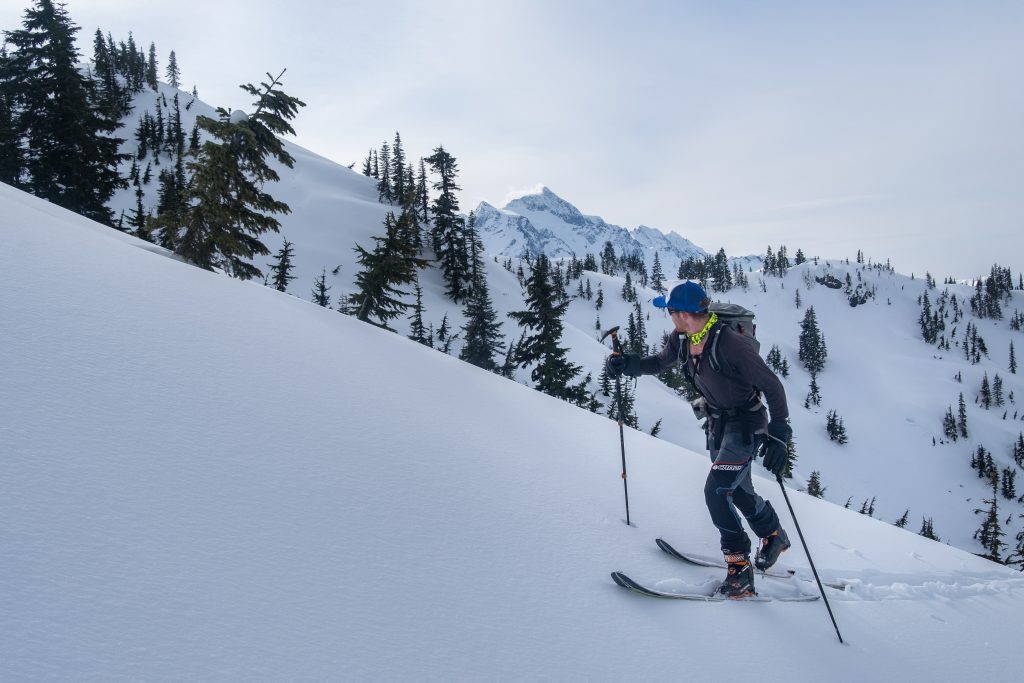 Anthony skinning up, but he can't keep his eyes of Shuksan! Once we made it to Goat Mountain West, we could not believe the cornices we were seeing. They were HUGE. We struggled to find spots to safely drop in to the northern bowl between Goat Mountain West and East...the cornices appeared to be overhanging at LEAST 10-15 feet in spots. YIKES. 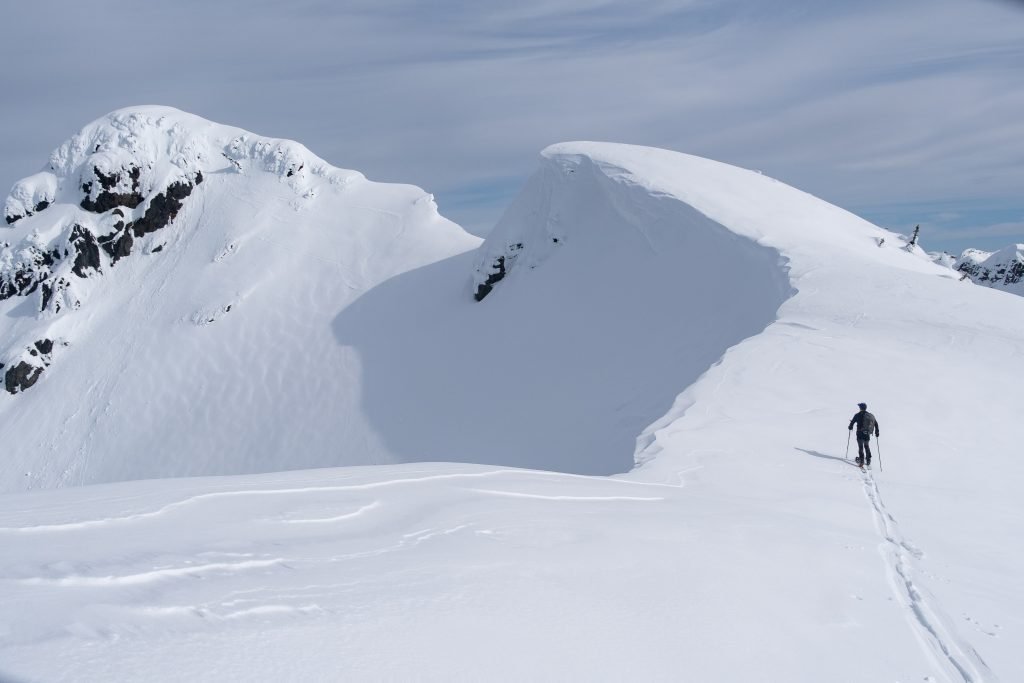 Anthony approaching the summit of Goat Mountain West. Huge cornices lined the ridgeline. Anthony and I spent a long time trying to scout ANYWHERE to drop in...we even skied down to the east a bit, but with no avail. Finally, we booted back up to Goat Mountain West, and I snuck around the corner and found a low point in the ridgeline to drop in. Max, instead, decided to huck the cornice... 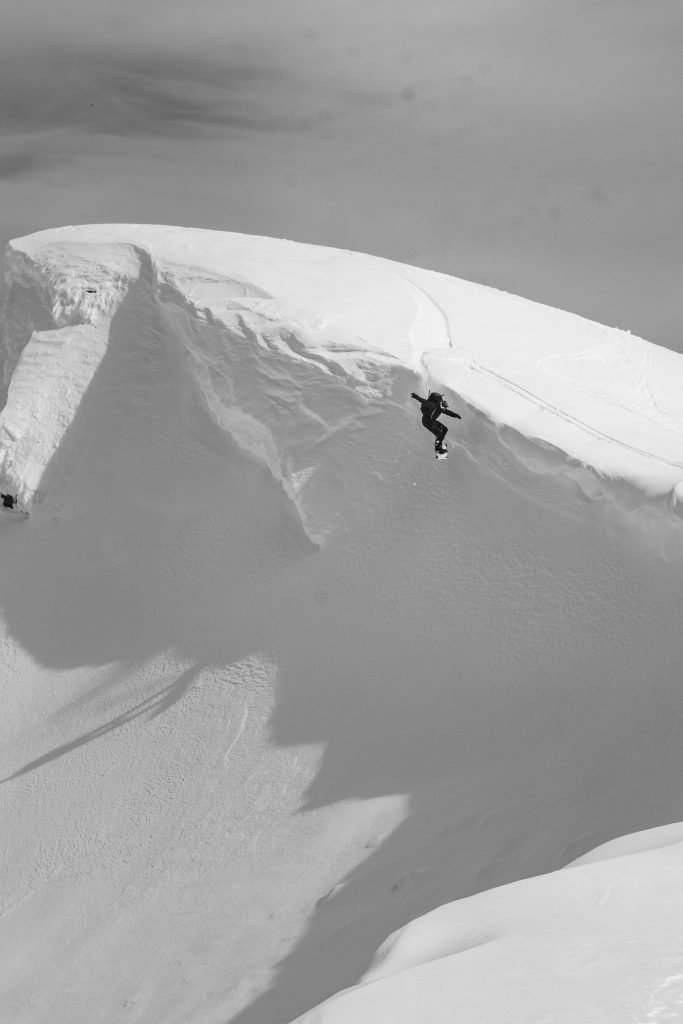 Max dropping the cornice. I am simply behind the camera...a lazy man. We skied a couloir that snaked its way all the way NW to the valley floor, probably 2,000' of continuous skiing. It was a mixed bag of snow...good pockets mixed with complete windboard. Still a good time tho! 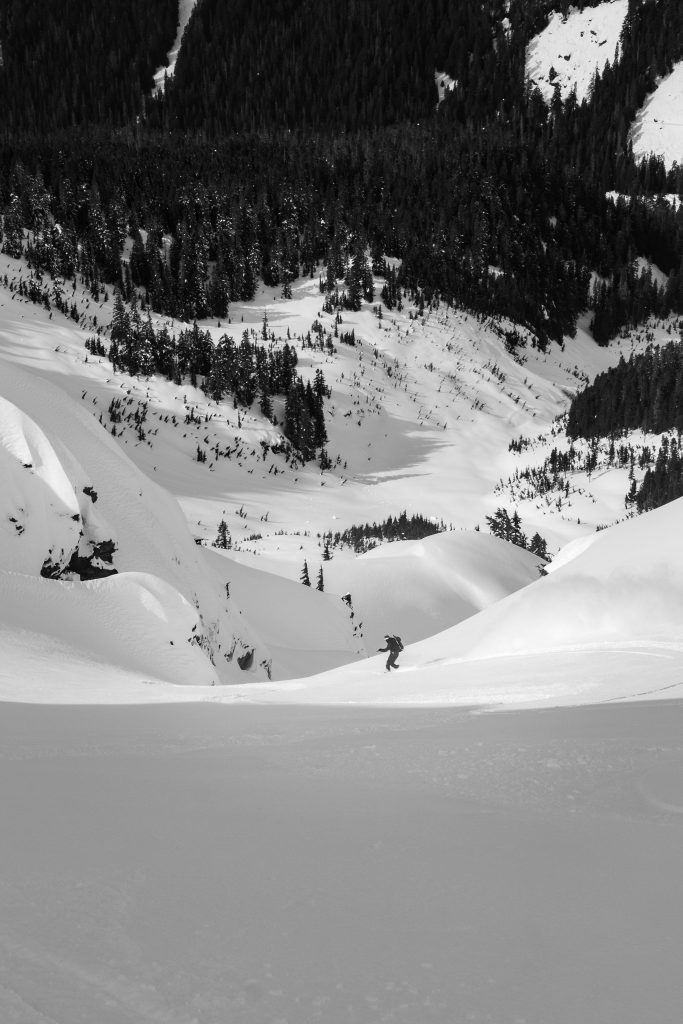 At the bottom, we transitioned and prepared ourselves for GLOB CITY. The sun was out and the temperatures were warming...unfortunately. The cold powder was turning to wap...wet ass powder (or WAshington powder...lol). The skin back up to the bowl was painfully slow, with huge globs of snow sticking to our saturated skins. Yuck. At the top, we decided it would be our final lap. Max booted up to make a jump off another cornice...while I positioned myself for the shot. 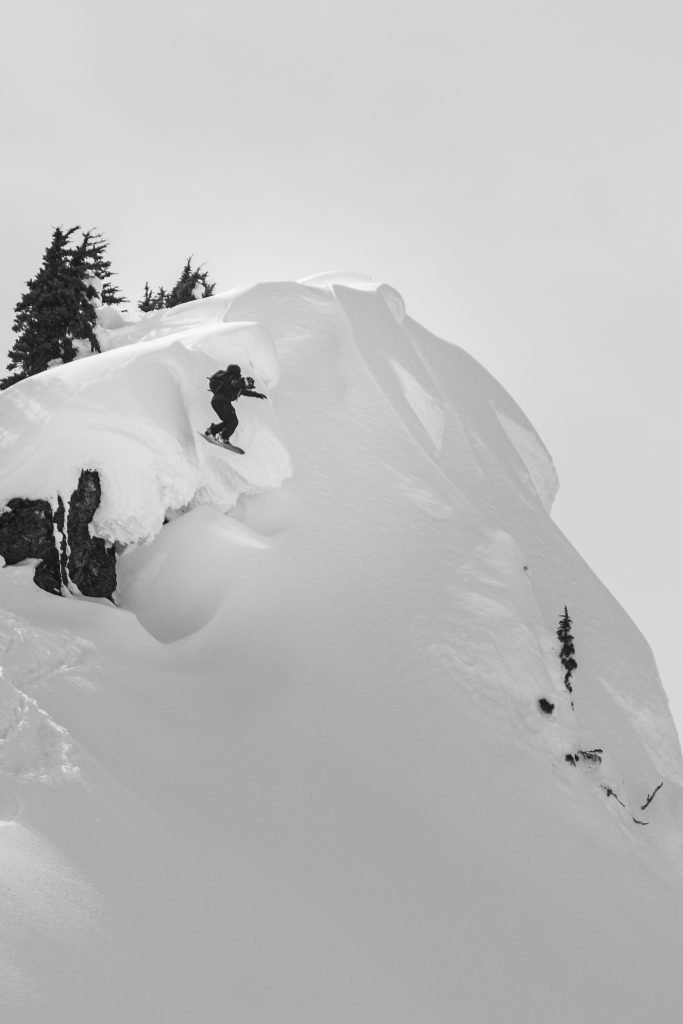 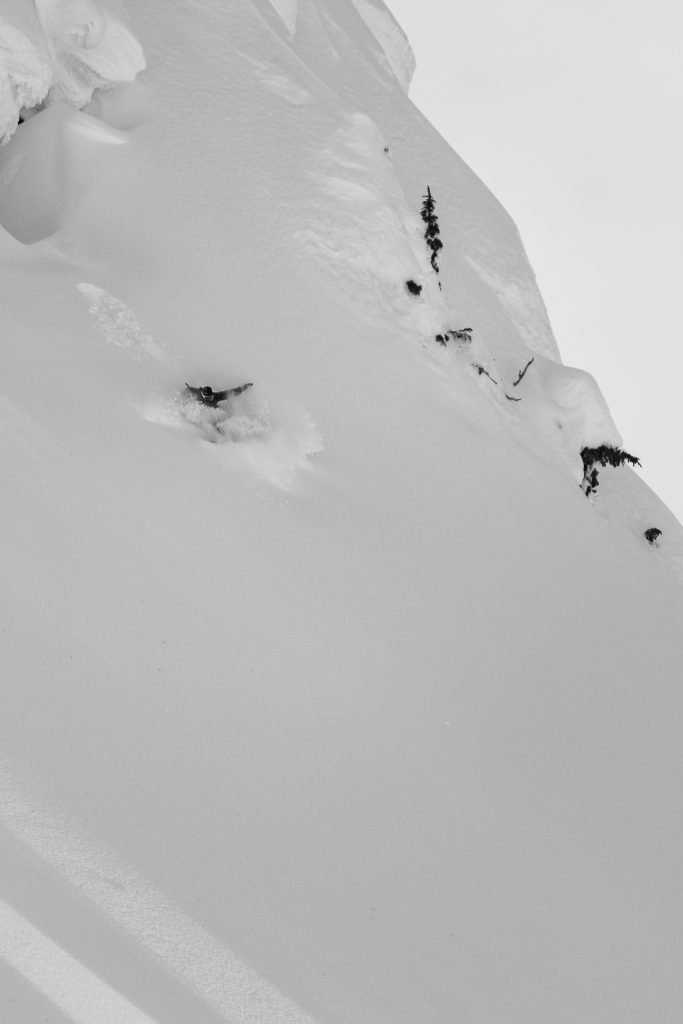 Anthony and Max rode a ridge that held some good snow on our final run for the day... 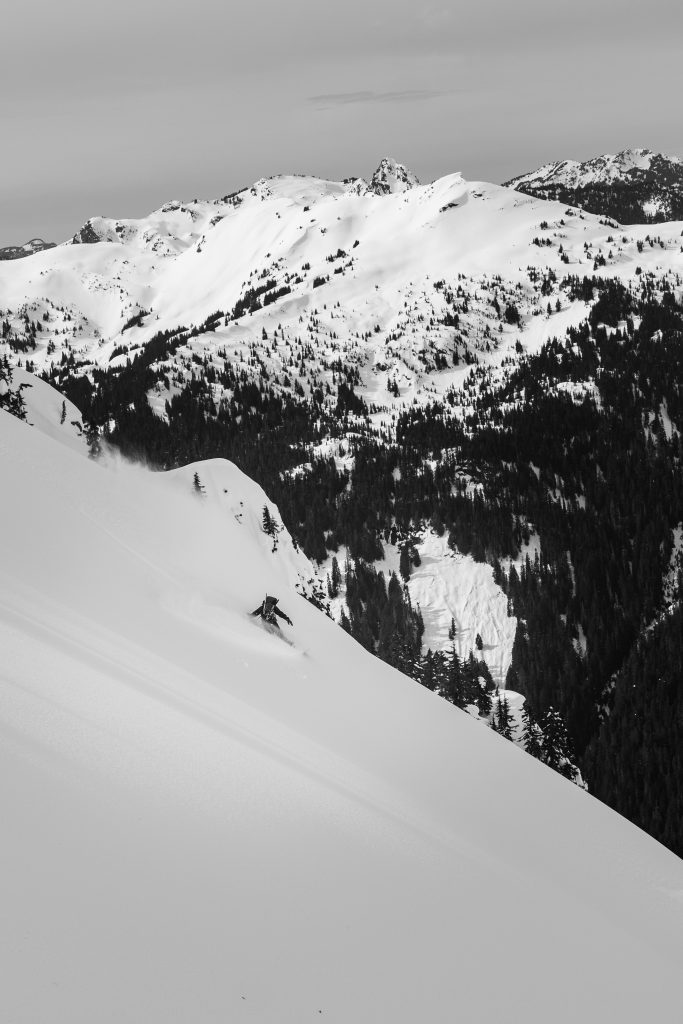 We were able to ski all the way down the drainage to the bottom of the valley, which left us with a very short boot back up to Twin Lakes road, then out the road. Overall, a great area with tons of potential, just a mixed bag of snow. 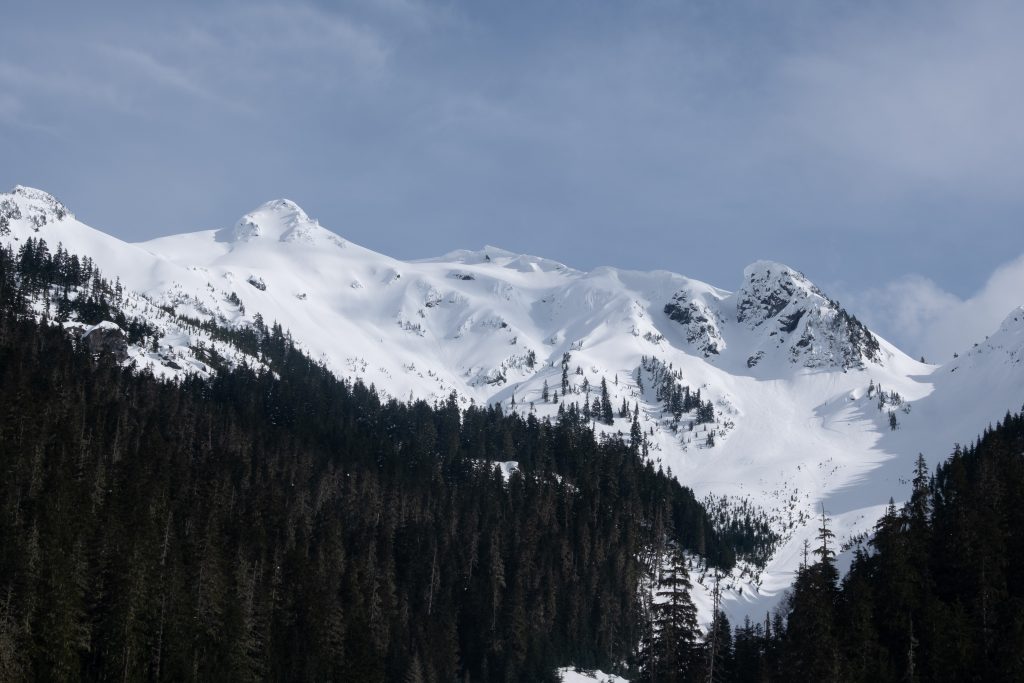 Looking back up at the area we were skiing. TONS of potential, and would be amazing in good snow.

Nice photos and TR!  Looks like quite an awesome zone.

Wonderful TR, photos and the reality of "wap" at different parts.😀