The forecast for Wednesday showed a small break in the wet weather we’ve been having this week so Erik and I headed to the Cowlitz Chimney area hoping the east side of Rainier would be a little shielded. Scouting on Caltopo/Google Earth showed a bunch of promising lines that would would still be fun in low visibility.

We started from the Owyhigh Lake TH off WA-123 and hiked on a dry trail up until about the point the trail heads north up the Kotsuck Drainage. On our entrance we strayed a bit too low near Needle Creek which led to some less efficient travel. Staying high on the way back made for smooth sailing.

Once in the Needle Creek Basin we spotted one of the couloirs I hoped to check out. A few feint tracks were seen on the apron and with the low visibility at this point in the day it seemed like a great option. The initial 600 feet of booting went up a really aesthetic couloir (with a rather large runnel in the middle) and then opened up onto a lower angled face before entering another 500-600 foot chute leading to a saddle. At the top of the saddle there was another couloir off the opposite side to the west. The clouds had cleared and we enjoyed a 2500 foot run down the west side. We booted back up to the saddle as clouds and light rain rolled in and quickly transitioned to ski back down to the Needle Creek Basin.

This was my first time in this area and I was impressed with the amount of ski potential. I’ll definitely be back! 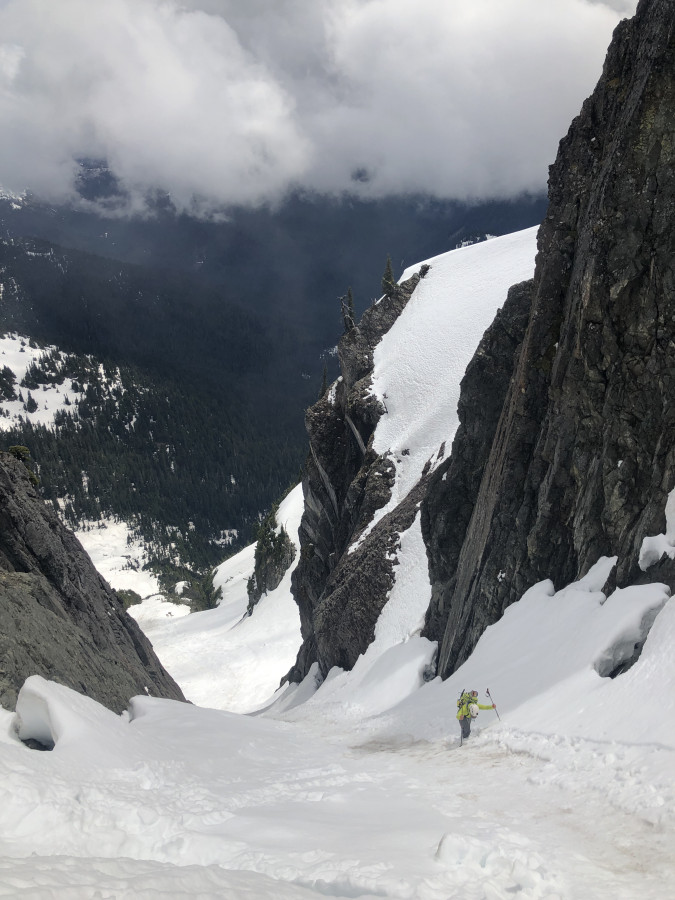 Erik on the lower couloir of the 2nd descent 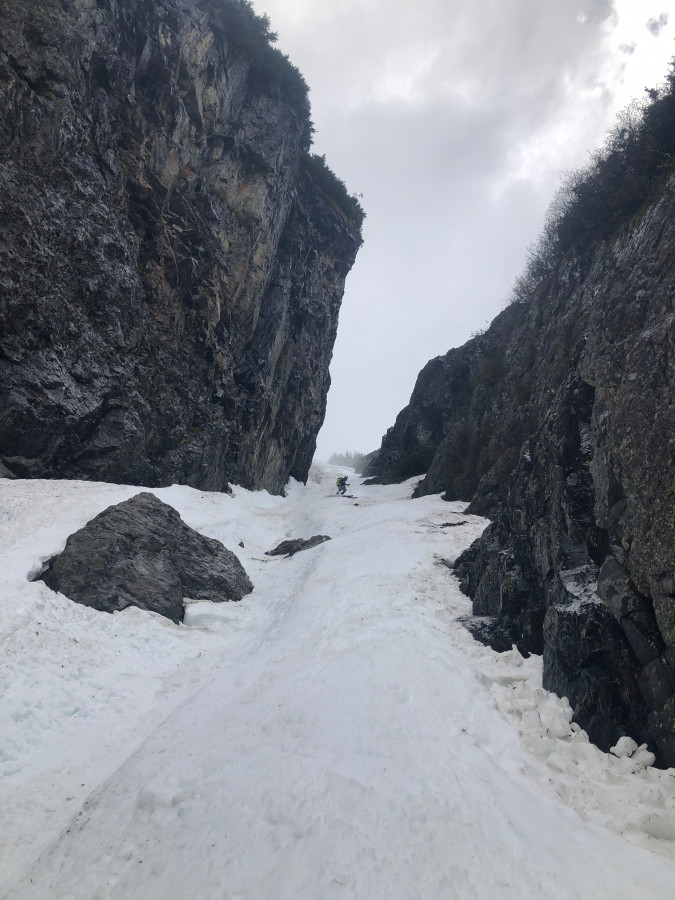 Erik Booting up the 1st Descent 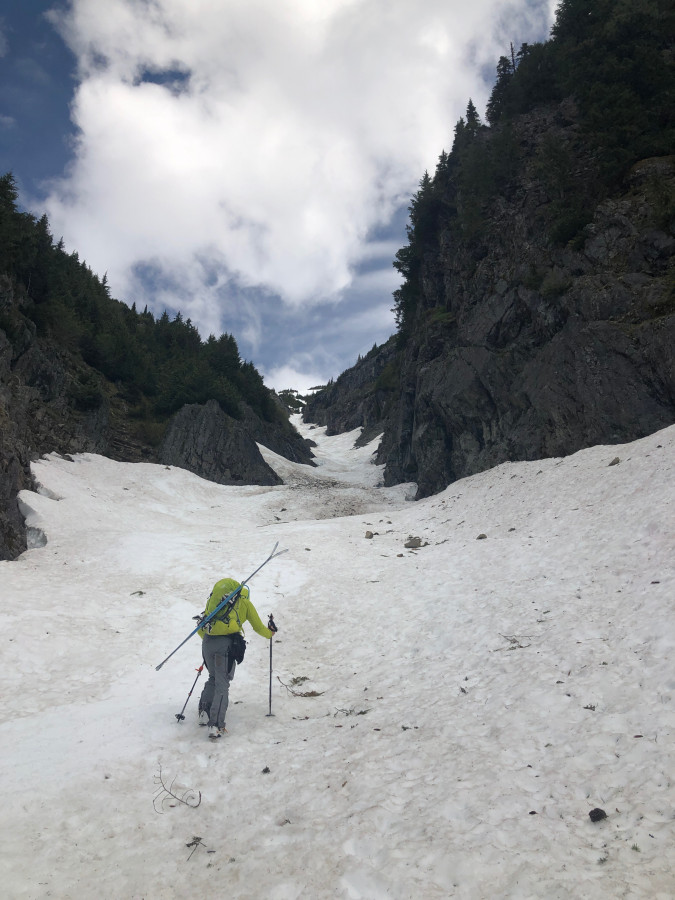 Skiing the lower section of the 2nd descent 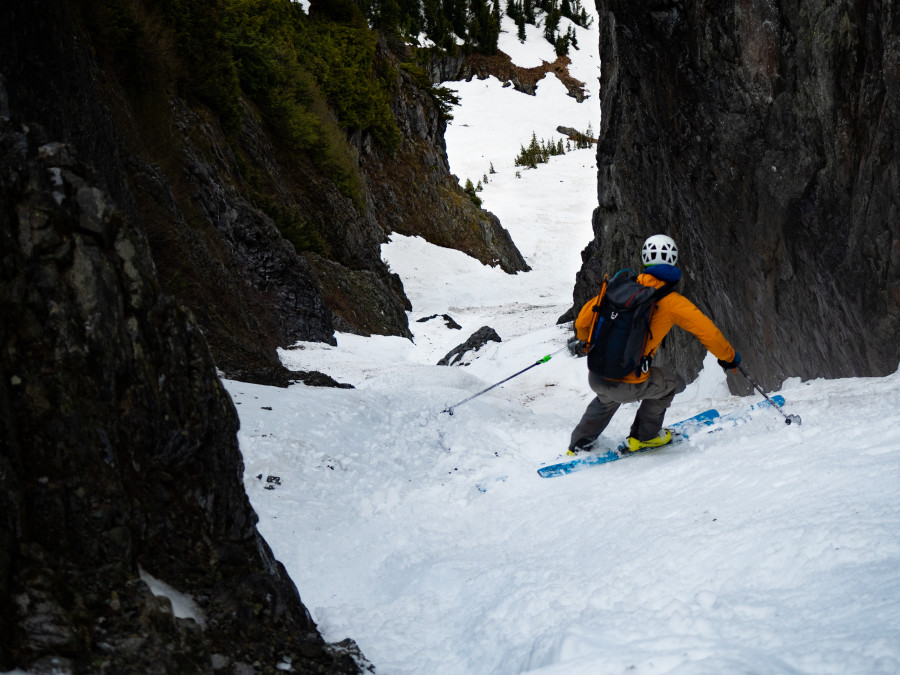