Emerged from my cave this past weekend and did some camping and easy skiing at Cooper Spur. Went in late on the 22nd using FS road NF-3511, connecting up with the cloud cap road for two switchbacks before skinning up a ribbon of snow along the ridge at 5000ft. Never been in this way before, and I think I like it better then the Tilly Jane trail as long as the snow ribbon exists. The Tilly Jane trail always seems to melt out very early. We camped over on the east moraine.

Was hoping for some pow given the 9 inches of new snow the day before at Timberline but of course this is a volcano so the winds made sure only hard windslab remained. Corn was great on the 23rd with the hard freeze but the 24th was more mushy and sticky with overnight clouds preventing a good refreeze. Saw some climbers go up the Sunshine route on both the 23rd and the 24th with two skiers on the Snowdome on the 24th.

With the new snow gone now most of the lower slopes are now covered in sand. The snowdome however will be in great shape for quite some time. 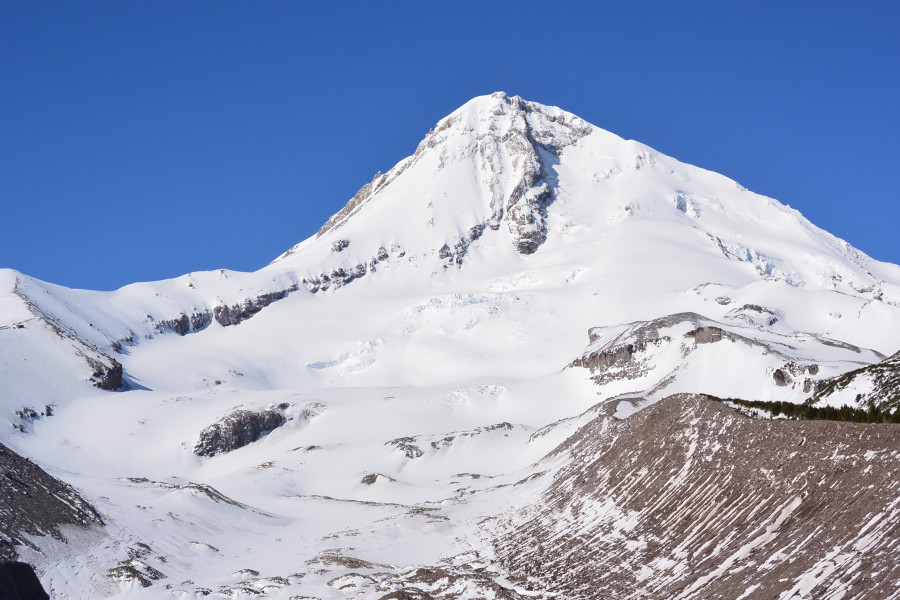 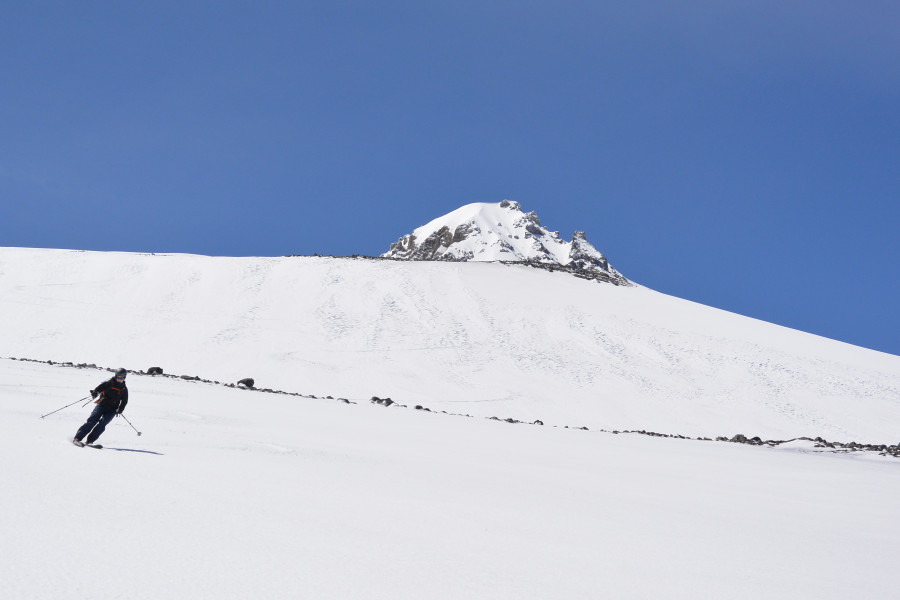 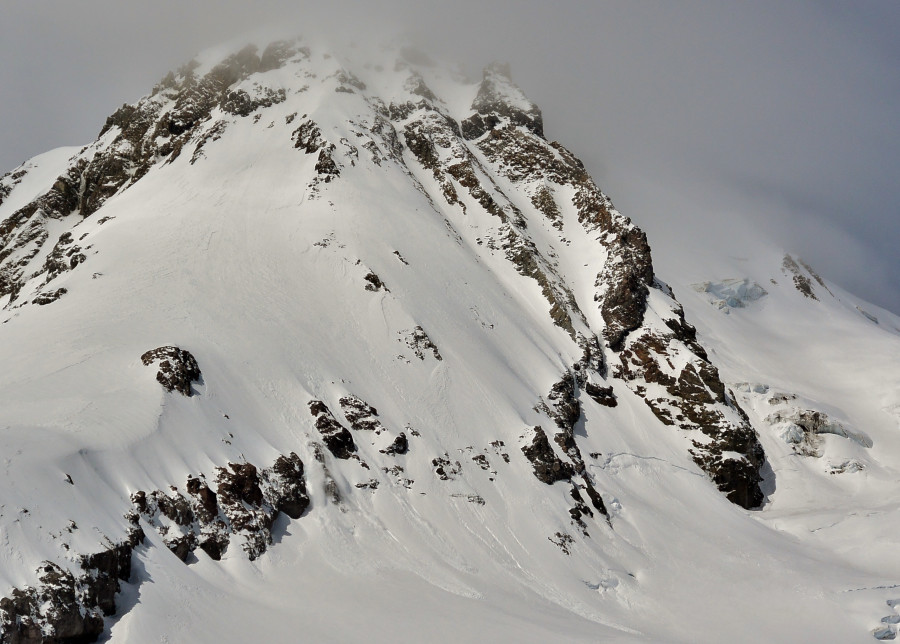 First of many loose slides shedding off the peak at 10:20 am on the 24th. Debris split between the two fall lines on the face.