An April powder dump had brought 10-12 inches of new, low density snow to the Cascades the Friday before, resetting the corn cycle that had begun to develop. Enter the transition period...with funky snow conditions depending on aspects and elevation bands. Nick, Anthony and I decided to head up to Cashmere Mountain to ski the north side couloirs above Lake Victoria, and possibly explore the south couloir off the summit. We had noticed high winds the day before, so we expected some variable conditions...likely packed powder and sastrugi on the northern aspects. We weren't sure what to expect on the south side: either proto-corn or trap crust, hopefully the first.

Each one of us was tired the night before, and messaging about a plan, we could tell that an early start was not what any of us desired. We opted to meet at Anthony's place in North Bend at 6 AM, which felt oddly relaxed and late. I felt very drained of energy on the car ride out, but that is what the morning coffee is for! We were able to drive further down the Icicle Creek Road past the normal winter closure at the Mountaineer Creek Road turnoff to about 0.5 miles before the Lake Victoria trail starts. There was snow on the road in places, but with Anthony's truck we were able to make it no problems. 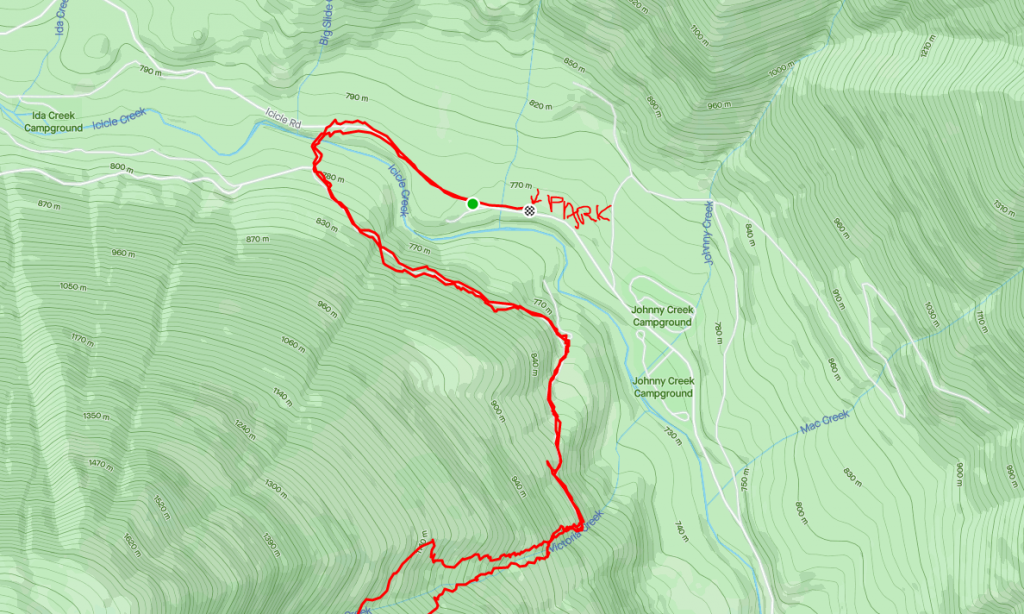 We started skinning at around 8:30 AM and began up the forest road towards Victoria Creek; the snow coverage was mostly full, with a few occasional patches of road, alder, and dirt. I'd hardly call the approach a 'shwack of any kind...it is very tame compared to most PNW adventures. We opted to climb up the creek on climber's right of the drainage, having to boot an initial section that was quite bare of snow. After around 200' of booting, though, we were able to keep skins on the rest of the day. We crossed the drainage around 3,200' and then continued climbing on climber's left of the creek, where there were remnants of a skin track from 2 days prior. The skinning was straightforward up to Lake Victoria, where we got our first view of what is called "Victoria's Secret", a couloir above Lake Victoria. 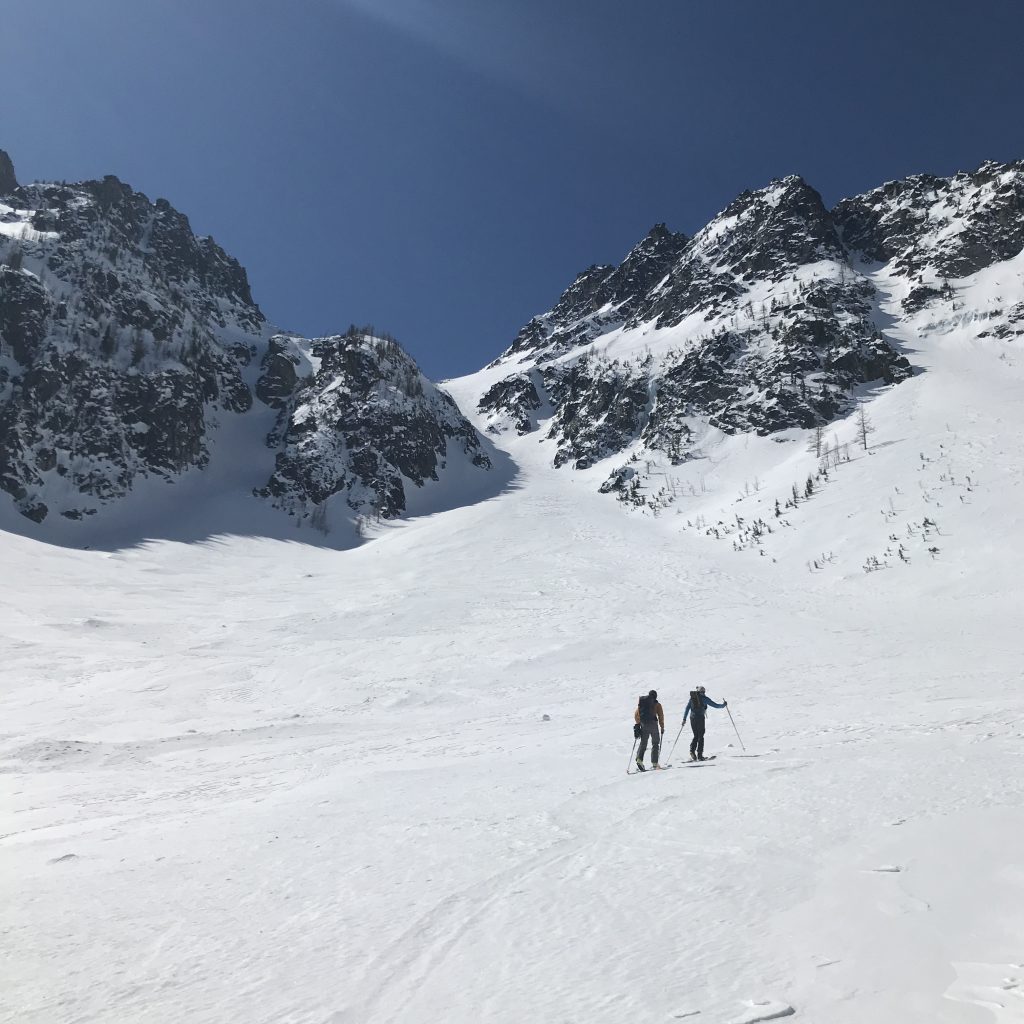 Skinning up to Victoria's Secret, on looker's right. We opted to ski the line on looker's left when we came back down. We were able to skin most of the way up Victoria's Secret before we opted to boot; the snow was packed powder and very windblown, but not icy. Once above the couloir we threw skins back on and continued to the upper basin below Cashmere. The NW face of Cashmere looked quite windblown and scoured, with some rocks protruding in places. It did not look like a very inspiring ski. We saw an old booter and took it to the summit, where we got eyes on the south couloir, our first line for the day. 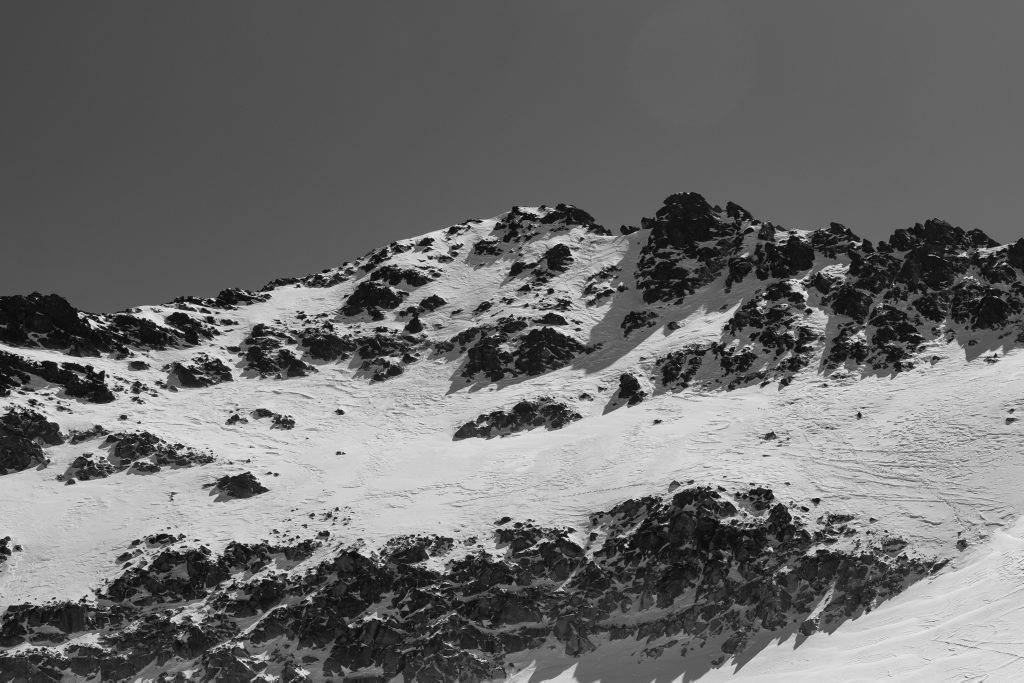 Looking at the NW face of Cashmere. 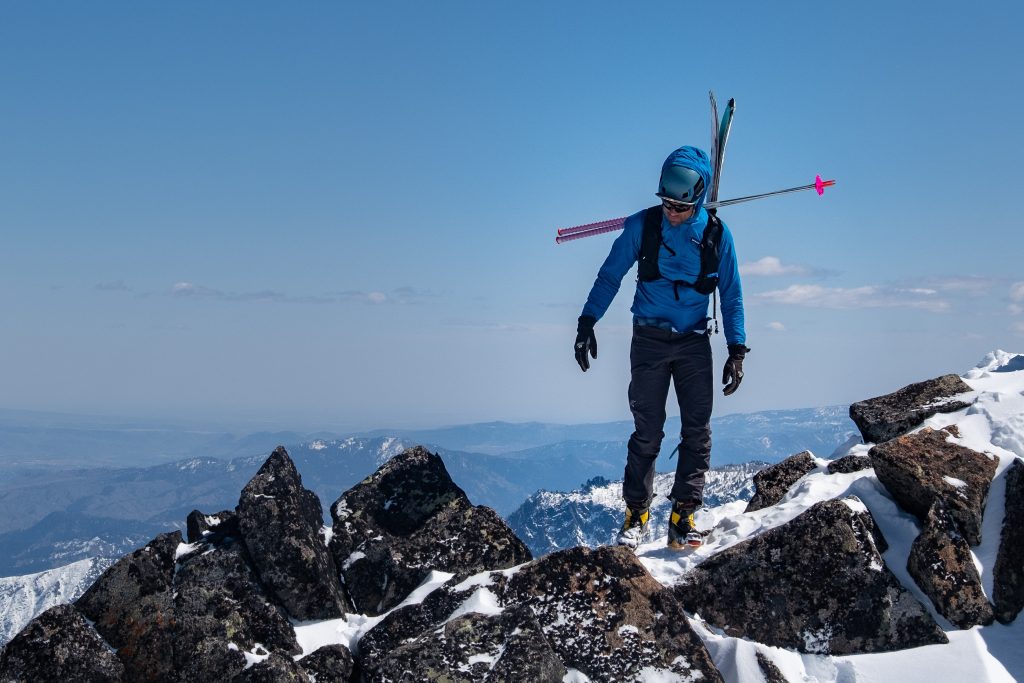 Anthony on the final summit ridge, after tagging the top. Anthony led the way down the south couloir at first, reporting decent snow that felt corn-like but was not pure corn. With corn, I feel that true "corn" is very loose on top but the base beneath is very supportable, so you don't sink down very far. The snow in the couloir wasn't quite there yet...it was mushy but not totally supportable. The more weight you gave to it, the more you sunk in. It wasn't breakable crust though, so it was still quite enjoyable. 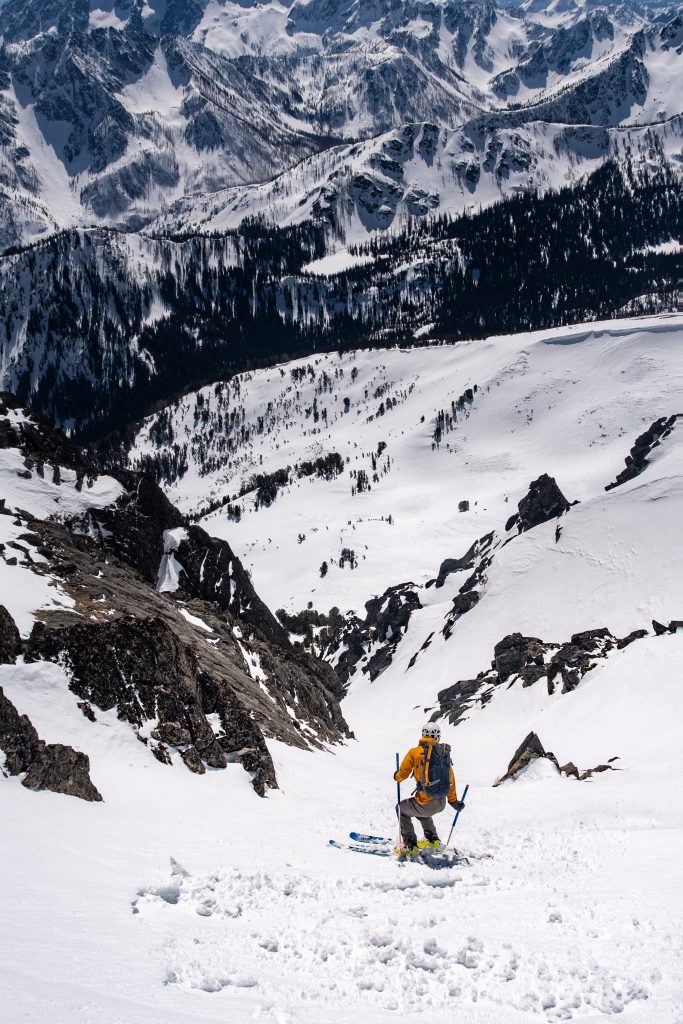 Nick making his turns in the south couloir. I ooh'd and aaah'd over the aesthetic of the couloir, skiing down with Stuart in the distance. I love sunny days in the Stuart Range with my camera. 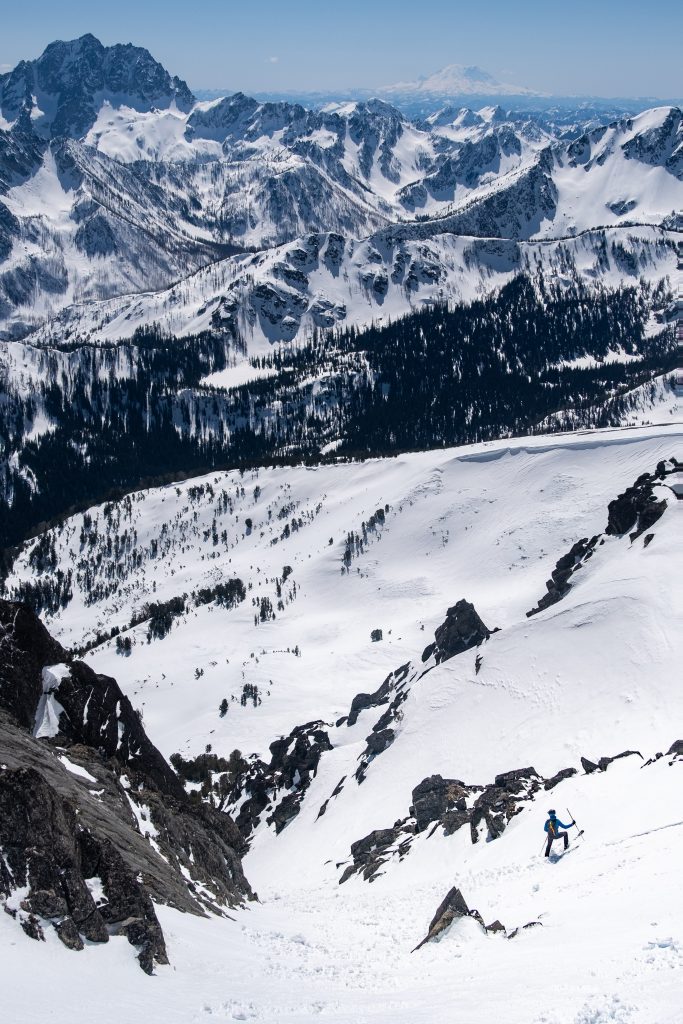 Anthony taking a break in the south couloir. We skied down through the couloir and opted to traverse to skier's right as soon as the couloir opened to the apron to get back to Windy Pass. The snow wasn't good enough quality to warrant losing more elevation. We booted back up to Windy Pass because the boot penetration was solid and supportive, just to skip another transition. From Windy Pass we skied down to the start of the couloirs down to Lake Victoria. We opted to take the line on skier's right (or looker's left from Lake Victoria) instead of the wider one we had skinned up. The snow was again packed powder, with some mixed wind drifts here and there. It made for enjoyable skiing, when the wind wasn't blowing cold snow in your face. A fun line for sure, though. 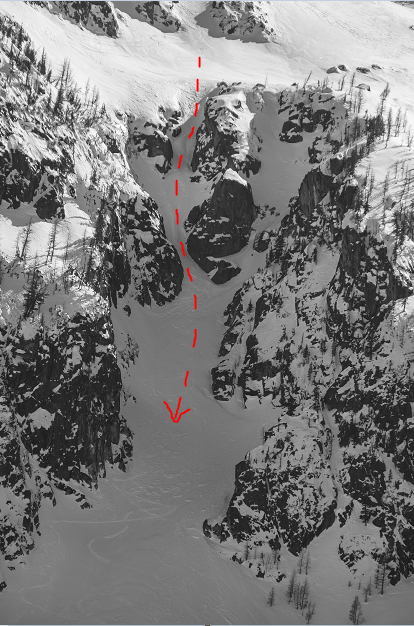 Our line. We ended up skiing down the creek drainage more to skier's left than how we had ascended, which was not a problem at all. We just had to cut over at around 4,200' to skier's right to avoid some cliff bands. Some 'shwackery ensued on the way out, but by following our tracks we had taken up the exit was very straightforward and tame, especially for the Stuart Range. Overall, an 8 hour day for 7,200' of gain and 15 miles, and two sweet lines.

Looks awesome! Way to get it!