The pull of bike season was strong this week and I found myself choosing afternoon laps at Exit 27 and Tokul rather than look at my ski boots. But FOMO hit hard as it likes to do, and I found myself drooling over photos and trip reports of friends hitting cool objectives in excellent snow conditions.

By Thursday night I was ready to ski again and the call of spring had me dreaming of bigger lines. McClellan was first on the list and Connor, Yulia and I figured the warm and drizzly forecast might make for soft-ish conditions.

Driving up early from North Bend, we realized pretty quickly that it was colder than anticipated and McClellan would likely be icy. Alpental's reported 5 inches at the top steered us up towards the pass and towards another line Yulia and I had never skied before: Bryant Couloir! Somehow, in all my tours at the pass, I'd never made it down this line - I was stoked to finally have a go!

As expected, snow was pretty variable. As not expected, the sun came out and we were treated to an incredibly beautiful sunrise!!

As we got closer to the col, some large overhanging cornices gave us some pause, especially given how warm the sun was already starting to feel at 8:30 in the morning! Deciding it was likely OK and spreading out one at a time, we topped out, with Connor choosing to go up a bit higher on the ridge for a few extra turns.

The top of the line skied better than expected and we had fun making wide sweeping turns in what was becoming more buttery snow. The "pinch" isn't so narrow right now and despite the frozen avy debris, turned out to be a pretty mellow descent.

Legs burning from jump turns through the variable snow, we were back on the hot wheels track and out to our car in no time. A great reminder that the magic of the PNW can come out when you least expect it and good turns (and even better vistas) are out there to be found! 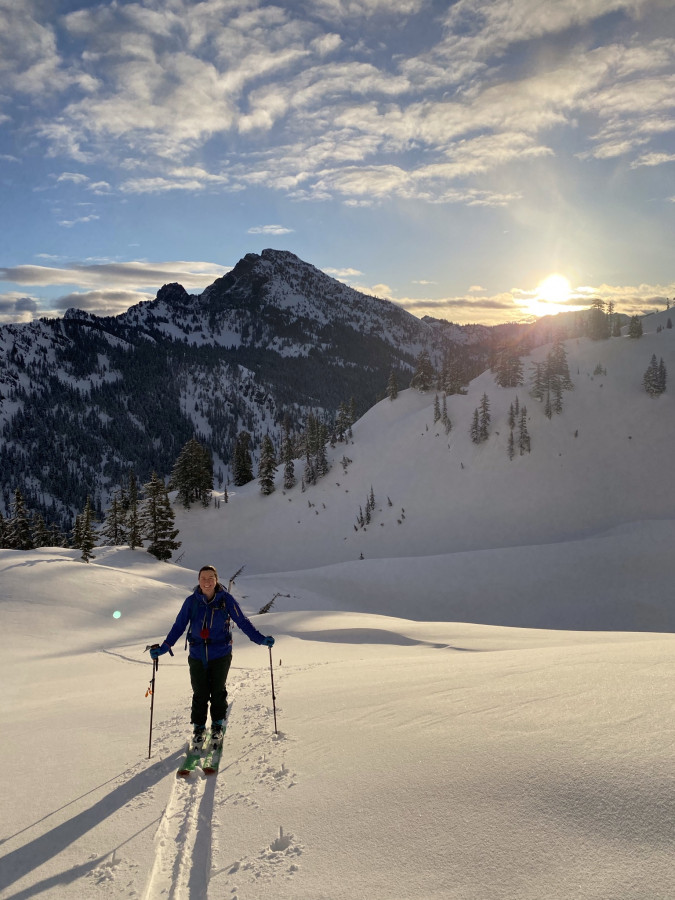 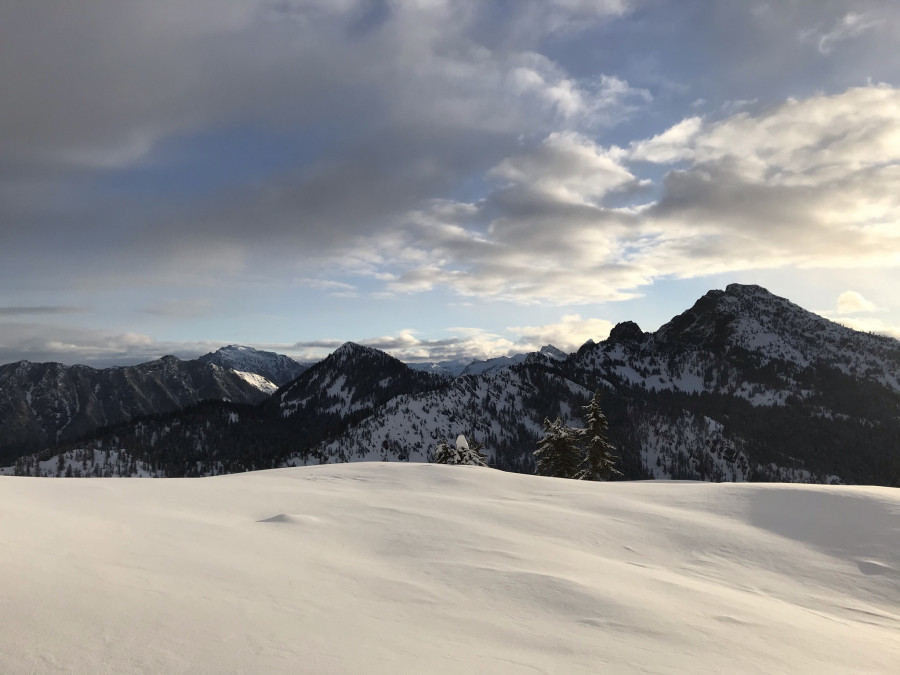 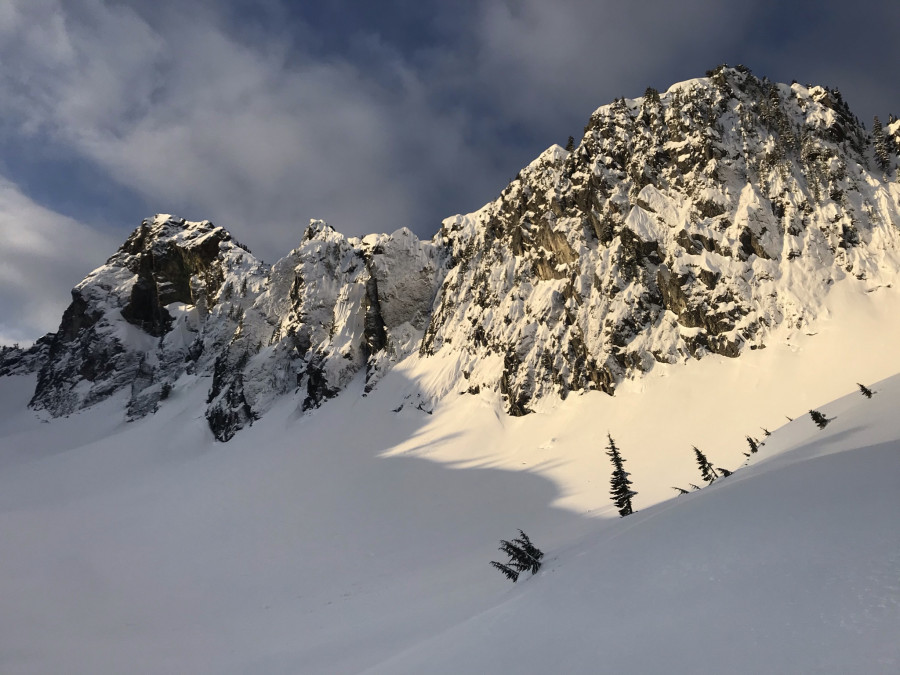 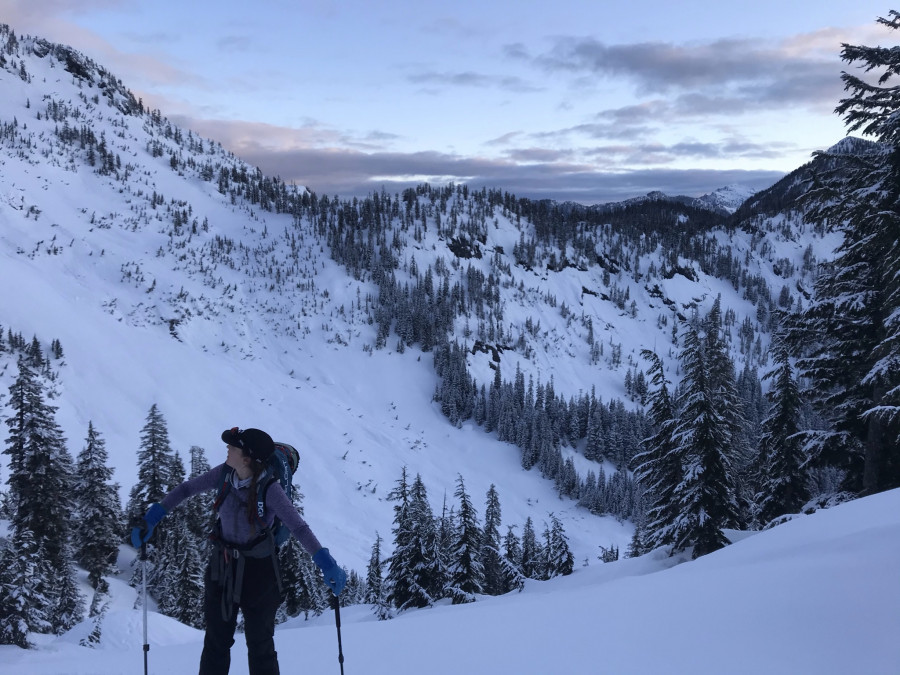 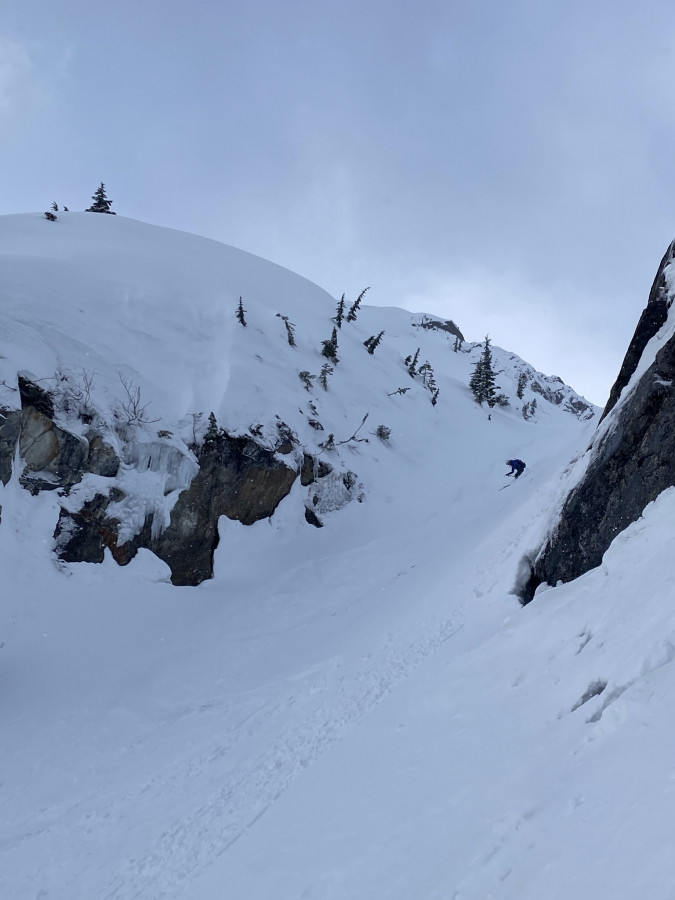 Hell yeah. Tokul right up in my back yard.

For sure! As my buddy says, you don't know until you go : ) And same here, despite my numerous tours at the Pass, somehow I've been missing out on the Bryant Col ... so, thanks for the inspiro!