Bean Basin Good - but be prepared

Worst Potholes on North Fork Teanaway River Road I’ve ever seen. Adds 15-20 minutes to drive…But the road is drivable. We were the only car at the Trailhead all day. Skinnable snow started at 4700, but will be at the Basin very soon. Very smooth snow with probably an inch of new over a fairly solid crust. No suncups! We skied eastern aspects in the basin at about 1pm. Cloud cover had come in some and the snow was ok, but not perfect. It got heavier on the way down but still turned good with effort. More sun up top might have been better, but it would have really made the bottom soft…Big rollerballs, but Jay was able to put in a safe, hard ski cut, and we saw that only the new snow was involved.

i had read recently that someone said the creek crossing could get exciting soon….It is! I brought a  30 meter 7 mil rope expecting wet legs. What we found was old avy snow and debris on each side of the creek at the normal trail crossing. Upstream the swift, strong stream ran under the snow necessitating what amounts to a snowbridge crossing with potentially serious consequences. Luckily it had been a pretty hard freeze and neither of us fell thru. Since we had our rope we used it. Perhaps overkill, but I wasn’t about to end up swimming under snow with a rope in my pack! I probed with my full sized ice ax and it was more than 2’ thick today. At some point someone will fall thru, and a number of survival skills could be tested…Experience with lots of things is suggested! 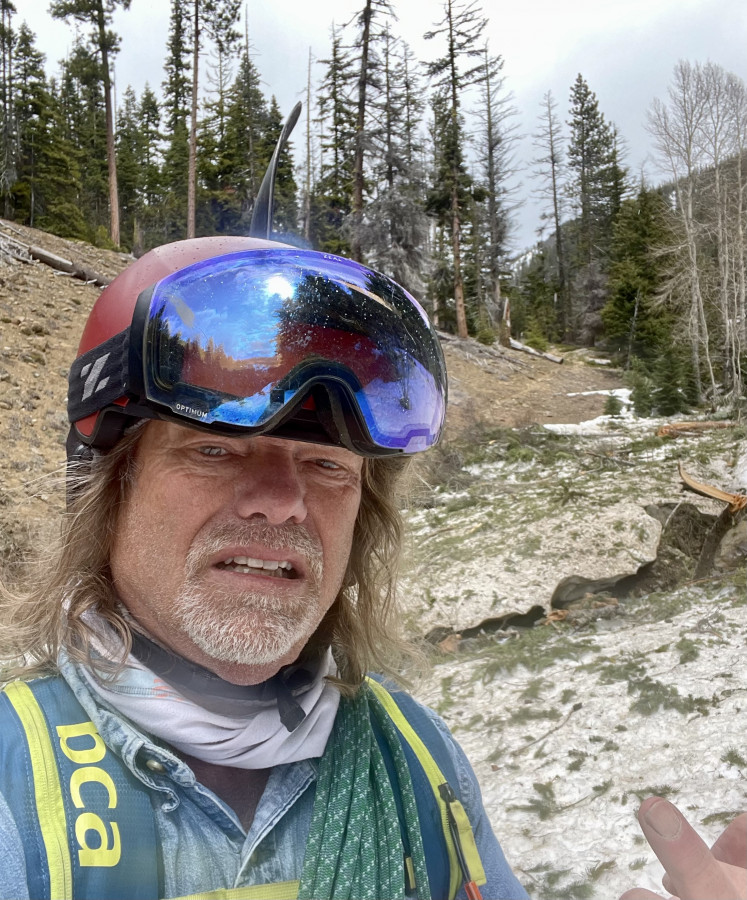 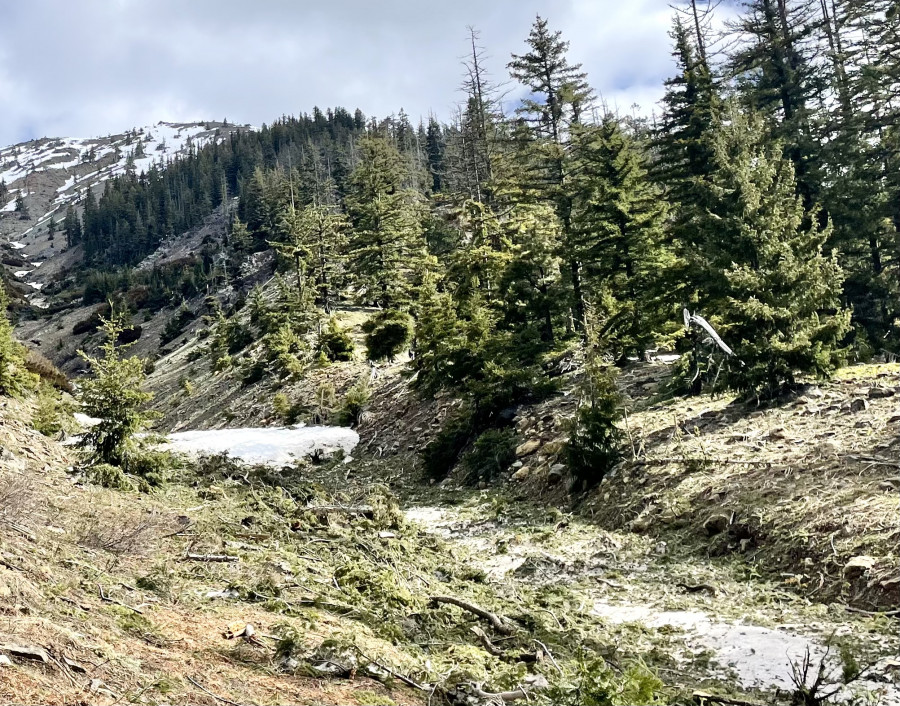 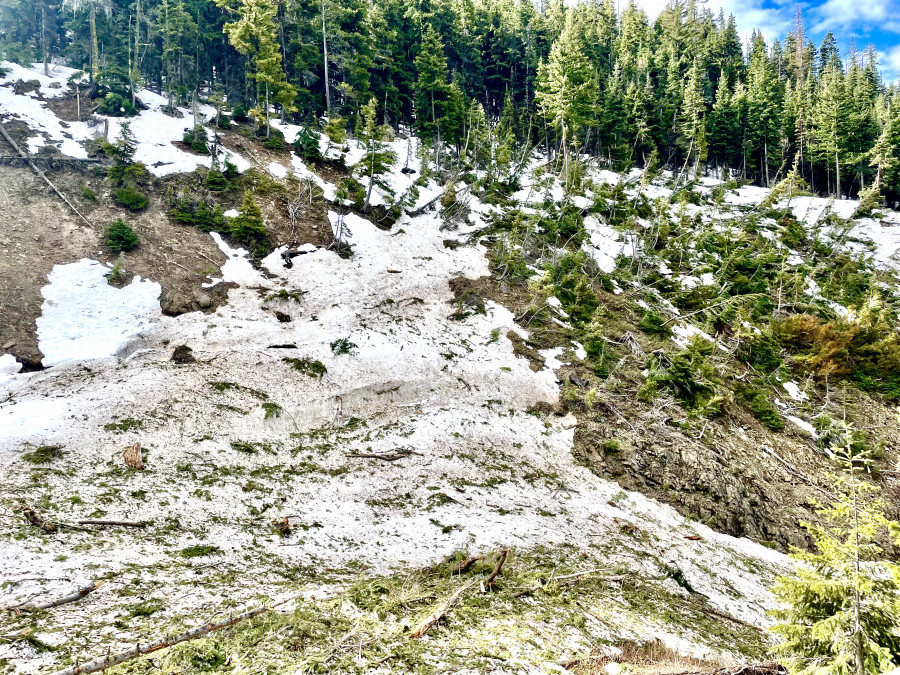 When it came down, it had so much force and volume that it climbed the bank over 100’ and flattened a bunch of trees and made a 90 degree

Right Turn down the creek bed. 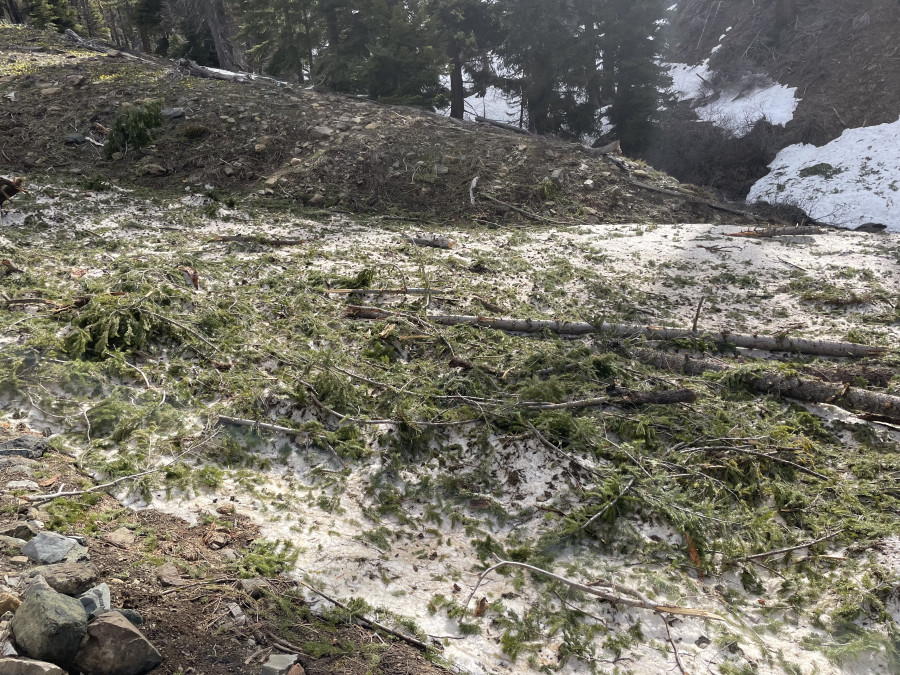 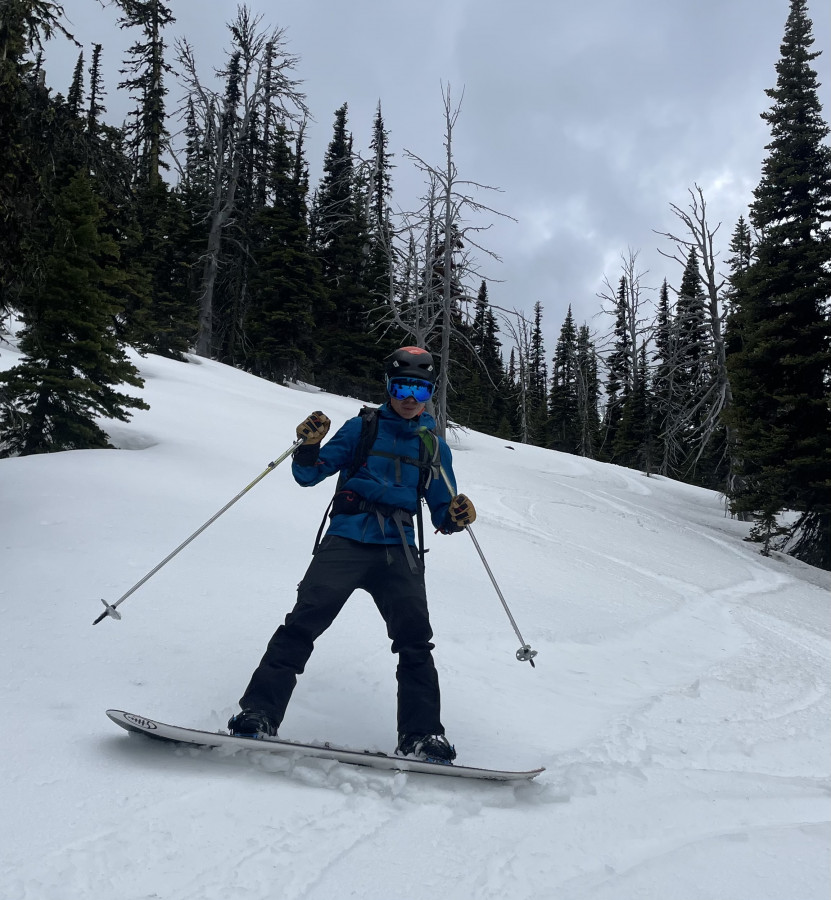 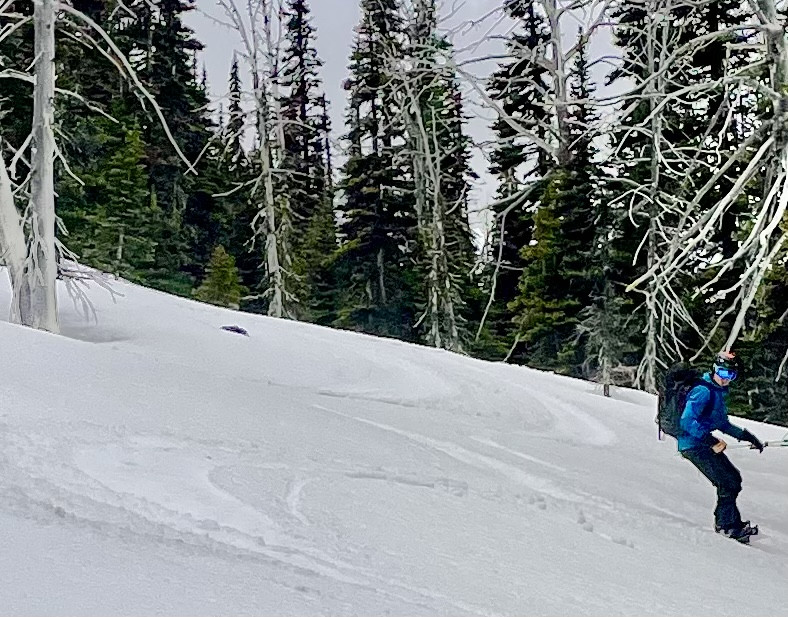 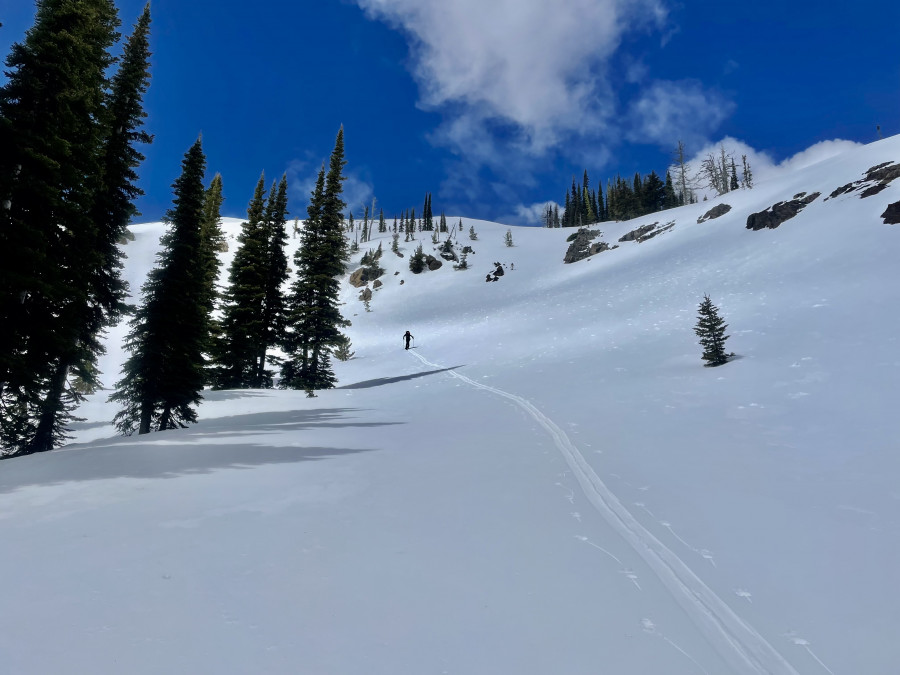 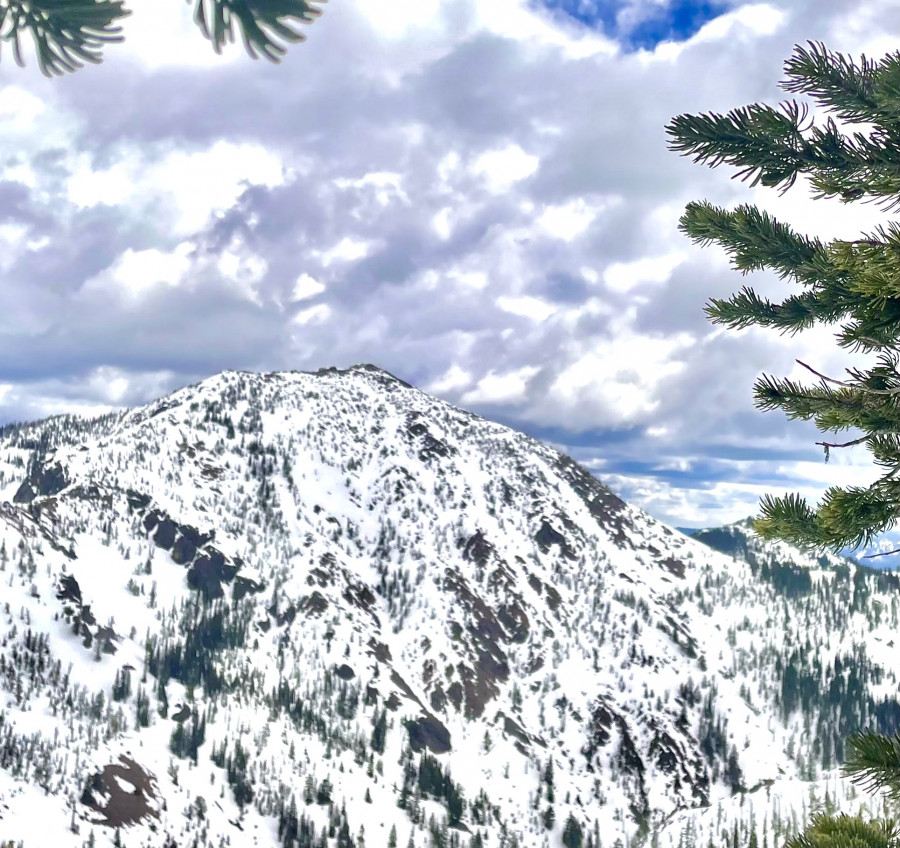 Thanks.  Always amazed at how fast that melts out.  Planning on going up Beverly and down Bean shortly.