Beta:  We heard from a few hikers that 1 weeks worth of melt leading up to 8/1 was pretty huge so not sure how this will look in another warm, sunny week but here are some words and photos.

Words:  Road closed at Heather Meadows and not being plowed.  WSDOT estimates mid-August opening, probably pretty accurate.  Artist Point is still snowed in, the lot is essentially a lake.  From the roof of the bathroom towards Heather Meadows on the Wild Goose Trail to just above the waterfall is currently skiable but maybe only for a few more days.  This is likely only 200' vert but a nice bonus on the return from Ptarmigan.  Chain Lakes trail from the closed lot to the saddle at the start of Ptarmigan is dry.  Skied a narrow East-facing finger of snow from the Ptarmigan/Chain Lakes saddle (see center of last pic from low point in saddle).  It was pretty similar details (600' or so of vert) and pitch (mellow) to others in the area but it was close and looked *slightly* smoother.  It's melt river underneath is starting to open quickly.  Overall the entirety of Ptarmigan is holding pretty average snow, not huge connections but decent patches.  Suncups = chihuahua sized but soft.  With binocs the texture appeared to be consistent despite aspect or elevation as far up Ptarmigan as we could see.  See Donnelly's TR for Bagley patch. 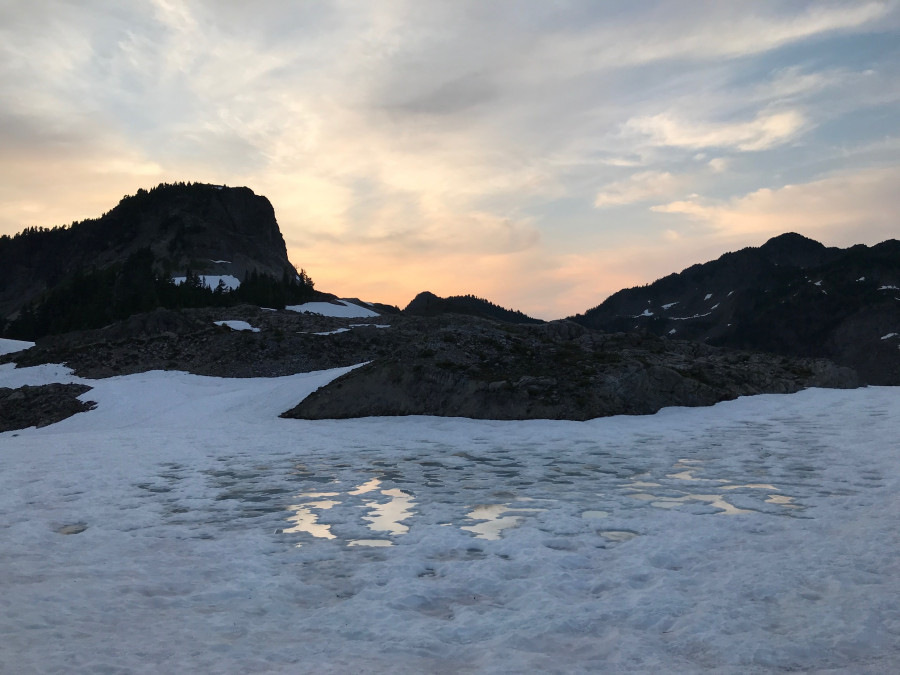 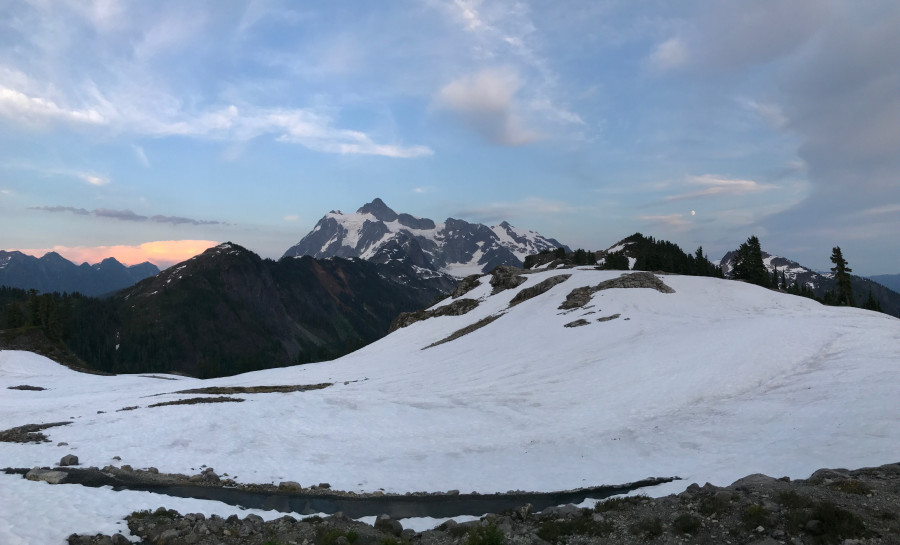 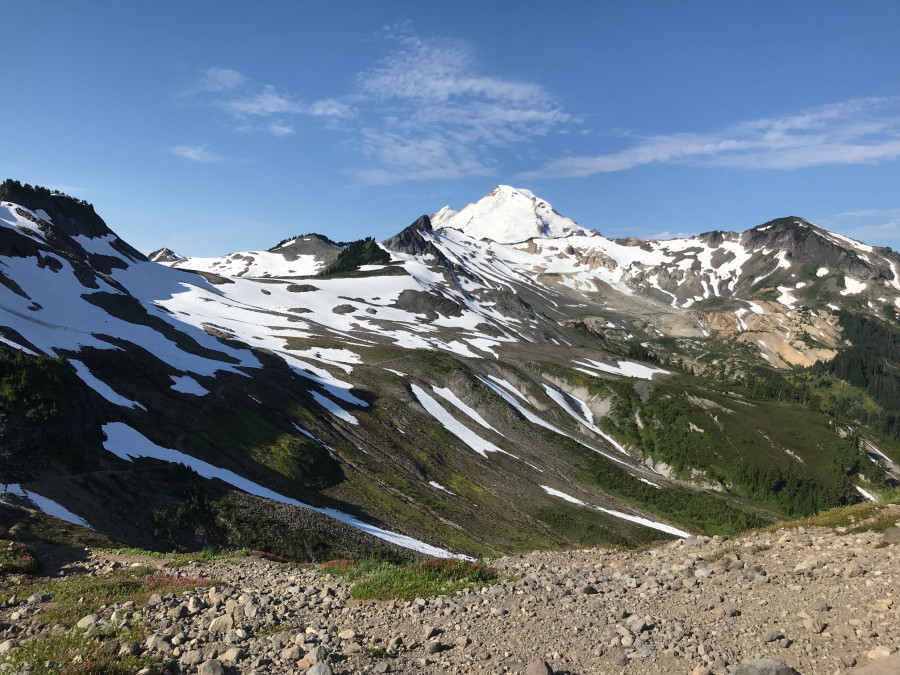 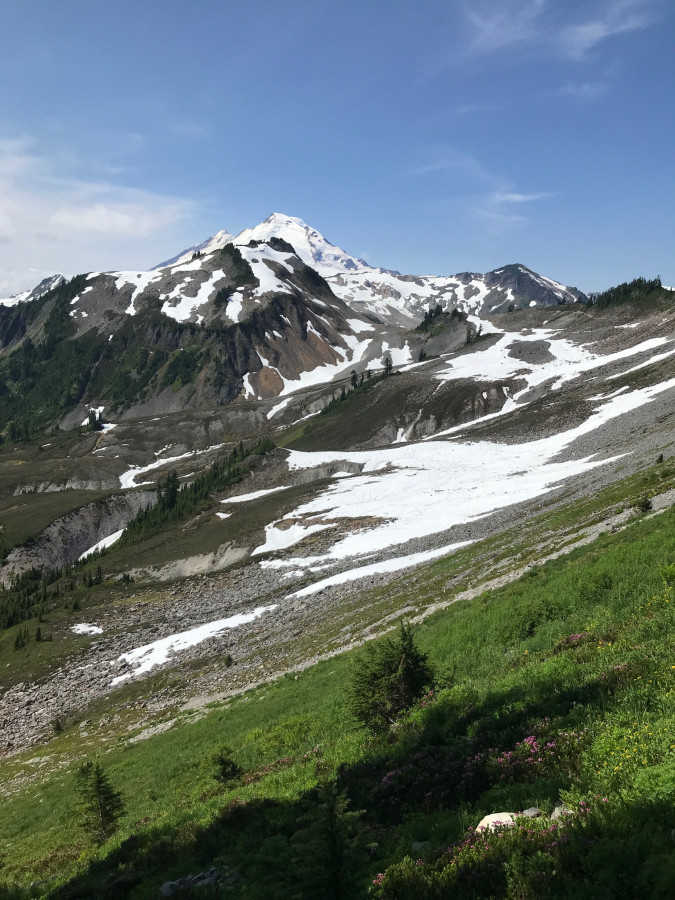 Thanks for the report and congrats on 10 years TAY! I'm one month behind you. I'm not sure what to do with that TAY-a-versary :)