4/20/19
WA Snoqualmie Pass
1512
5
Posted by marshallgeo5 on 4/21/19 8:49am
We skied Slot, Snot, and Crooked. The day was dry, very cloudy, occasionally white out, with no sun or wind gusts. Started up around 7am and found continuous but rapidly melting snow, other than a brief 50 foot pitch of class 3 scrambling at the first cliff band. By 4,500 feet, a one inch somewhat supportive crust made for a stable ascent without roller balls.

Slot was cornice free and almost all of the wall snow had already collapsed into the canyon, which was starting to runnel out. It skied, as expected, poorly on hard crust. There is a 2.5-3 foot crown immediately at the exit of couloir, extending from wall to wall, that may have slid earlier this week. Thunder creek exit had minimal cornice which could be avoided by staying east.

Snot had a small but noteworthy lingering cornice that could be avoided during rappel. There are still some small deposits of snow on the westward wall. Unfortunately, it was impossible to ski from a 60m rappel due to discontinuity of the upper snow band and a patch of ice, so we down climbed and enjoyed the best turns of the day, careful at the exit transition.

By the time we returned to the Thunder Creek Exit around 1:30pm, it had warmed significantly, and while we had an occasional ski give out on our track, no spontaneous activity or roller balls were triggered by skinning. Crooked was a complete white out at times. Lower down, we were unfortunately triggering wet loose slough with every turn and rollerballs ranging from microwave to stove sized. The constriction was about 2 ski-lengths wide with a glide crack just below it, which was a noteworthy terrain trap given the conditions.

In retrospect, I would have started at 6am, skipped Crooked, and been back to the car by 1pm. 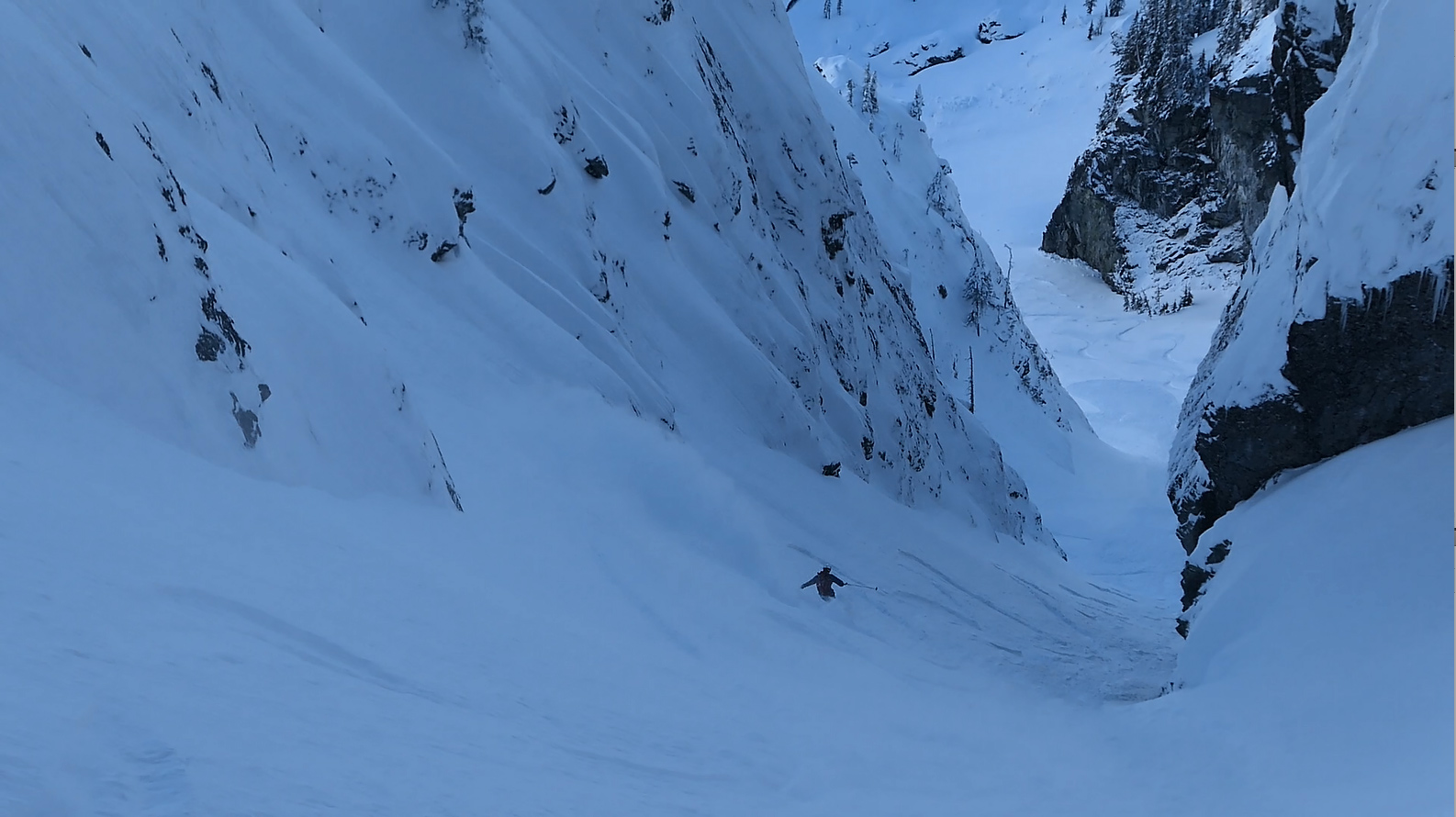 to be clear, you're saying there was a 30-36" crown *face...?
2019-04-23 18:26:09
wingy
4/24/19 11:46am
marshallgeo5
Amazing how much changed from 4/16-4/19. There is clearly a lot less snow. Sorry, I am failing to upload this image despite meeting file size requirements. It was a crown face at the lowest exit point (you can barely see that location in the photo above), where the westward wall completely opens up into the Thunder Creek basin. We saw countless other north facing, similar angled aspects during the day but no other evidence of slabs. Slot is obviously a unique feature of Snoqualmie.
2019-04-24 11:46:08
marshallgeo5